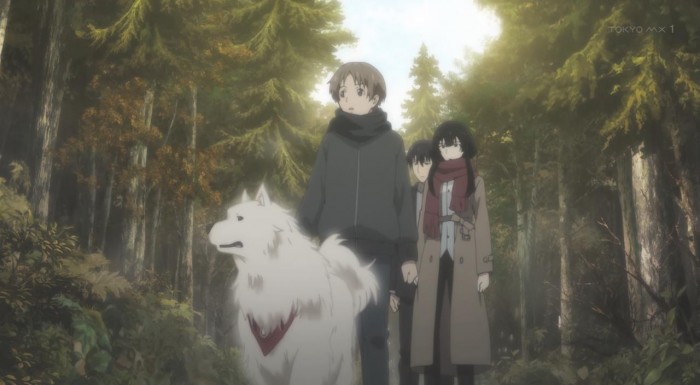 Thank God for the fact that there’s one more episode to go, because this week… It really did put the “C” in cliffhanger. If I were to try and accurately describe the penultimate episode of Sakurako-san, I’d say that it very much felt like the end of a second act, rather than the ramp up to the end of the third. 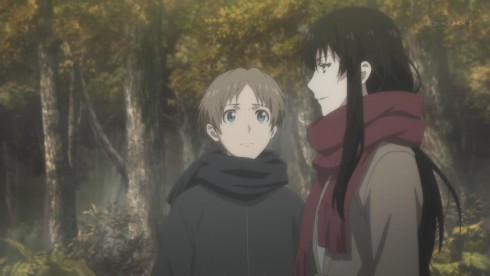 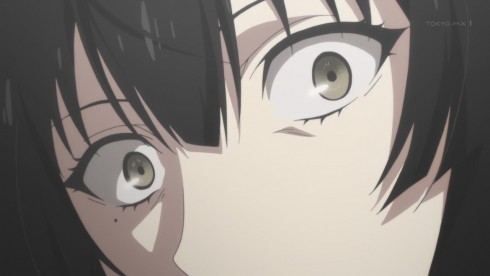 Things have devolved to the absolute worst case scenario (in terms of our characters). Our main duo has a huge rift in between them now, where they’ve more or less parted ways. Added to that unfortunate end, is the fact that this week was what I’d call the duo’s darkest and most depressing “case” yet. The case this week, or the resolution rather, actually felt rather out of place, and had a weird dissonance from what I’ve often termed as the “core” of the series.

Sakurako-san has always been a show that’s dealt with death and tragedy, but its had a nice dose of optimism and touching humanity to its storytelling. At the end of the day, there’s some small light to be found in the darkness, and that little dose of positivity, seems to give at least me, a small measure of comfort each week. 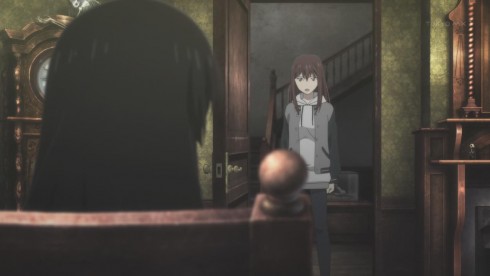 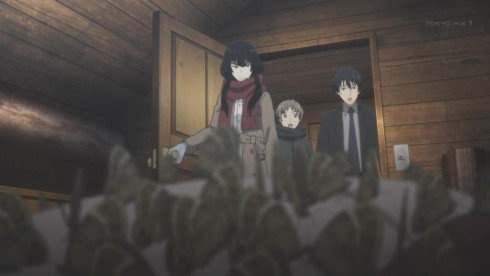 “Life and death are tough, but its going to be okay!” is the underlying message and theme I’ve felt from this series. Time and time again, Its looked at the idea of death and how it affects those that are left behind in its wake.

Its that sense of genuine human empathy, however, that’s made Sakurako-san such a powerful and memorable experience to watch each week. So imagine an episode then, where none of that humanity and optimism exist at all. That scenario, that rather dark idea, is what would probably lead you to an episode like the one we got this week. 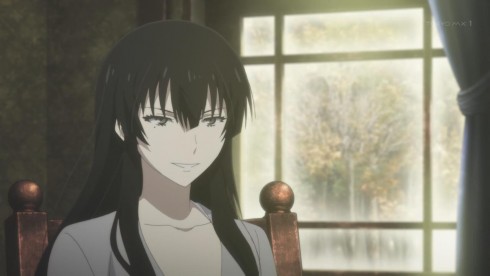 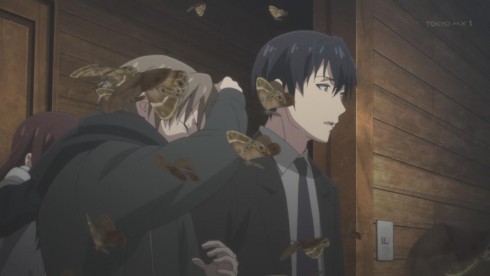 This week’s episode was jarring, it was tough to watch and I can’t really say I enjoyed it. Now… Some of that unease, is actually part of the story’s original intent. Its meant to unsettle you. Its meant to feel like: “This time… Things are deathly serious”.

With Sakurako finally closing in on Hanabusa, things are starting to get “real” and there’s a sense of really descending into the darkest reaches of what we humans are capable of. I get that, I do, and while I think this episode works as an episode that’s meant to unsettle, to shock and to be a bit of a downer, I also feel like this week’s tragedy just wasn’t as powerful. It wasn’t as powerful because it was completely and utterly devoid of anything that could break up that tension and provide even a brief respite from all the intense unease. 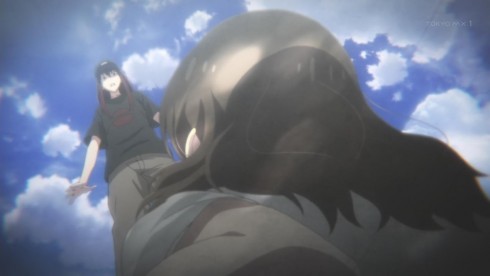 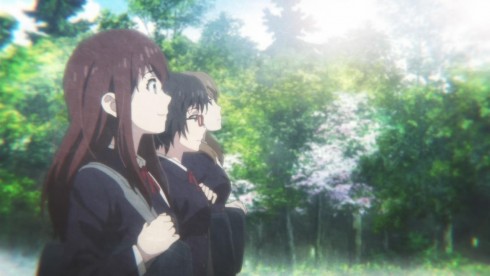 The story of the three friends, the three girls, wasn’t just dark and depressing, it was disgusting and I felt oddly disconnected from feeling anything for them, even as I shuddered in shock at the big revelations that hit us (the audience) in big chunks.

Part of that detachment, and that lack of emotion was because… None of the “victims” felt all that likable or sympathetic. For a show that’s done a wonderful job of developing up newer characters and making us care about them, its surprising to see it do such a poor job with Minami and her friends. 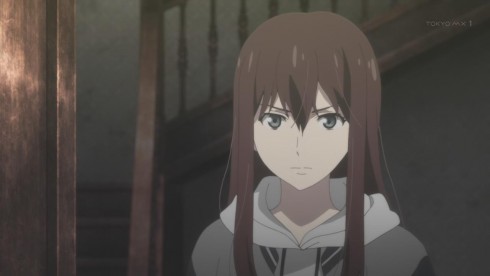 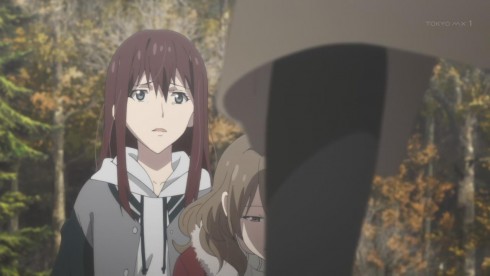 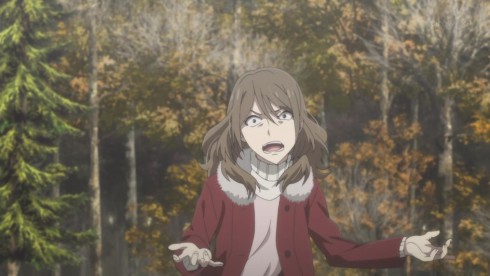 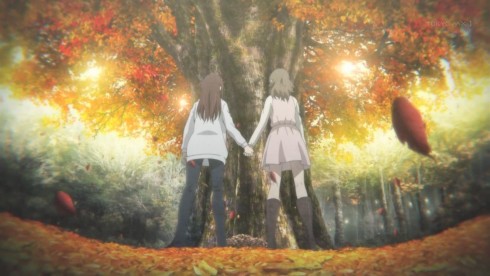 Minami was just dislikable, while her two friends were just insane. None of the three girls felt like they had been in that bad of a situation, even more so one that’d drive them to suicide. So the big reveal that one of the girls actually killed the missing girl was just… dark and kind of fell flat.

It was shocking, don’t get me wrong. I was genuinely surprised, and even a bit horrified, but I couldn’t find even a small ounce of emotion in me, as Hitoe freaked out and Isozaki broke down in despair. Isozaki taking the blame on himself didn’t help matters, if only because his martyr routine is starting to wear a bit thin. I get that he feels responsible, and he probably should, but I think his reaction to the whole ordeal seemed a bit too exaggerated. 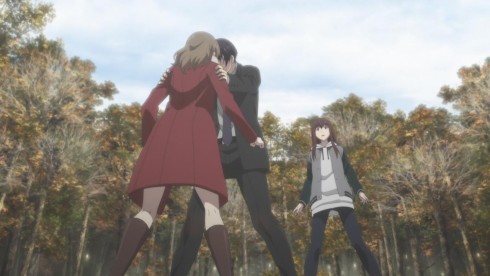 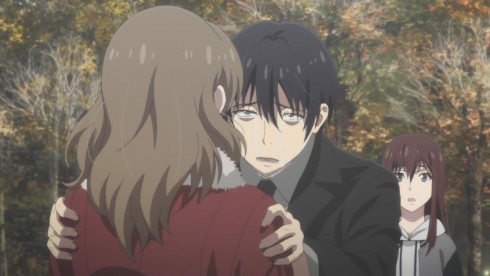 It was a combination of several things; the dialogue, the actual exaggerated motion of dropping down to his knees and crying, all of that just felt over done. The voice acting is obviously top notch, but sometimes even a seiyuu can’t save a bad scene, no matter how talented they may be.

And while we’re on the subject of the tragedy of the week, there’s Sakurako herself to talk about. Man, was that woman acting completely and utterly unhinged this week. Generally, Sakurako is eccentric and a bit odd, but she’s a good person and generally even empathizes with people, albeit in a blunt and direct way. 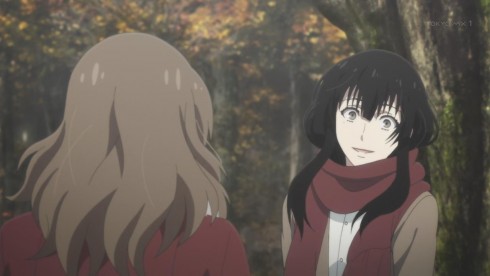 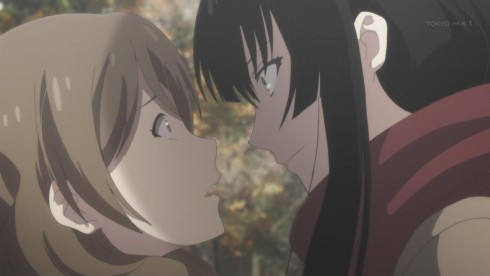 This week, it looked like she was almost making a point of antagonizing Minami and then Hitoe. Even if she was completely focused on Hanabusa, the way Sakurako acted with the two girls was just completely and utterly bizzare, very stand of-ish and just in poor taste.

Now, I’ll be the first to admit that, again, this is probably the intended effect. It makes sense that as Sakurako gets closer and closer to Hanabusa, it puts more of a strain on her and she begins to act reckless and careless as a result. I mean, Sakurako’s never been the most careful person in the world to begin with but… this felt off, even with her in such a stressed out state. 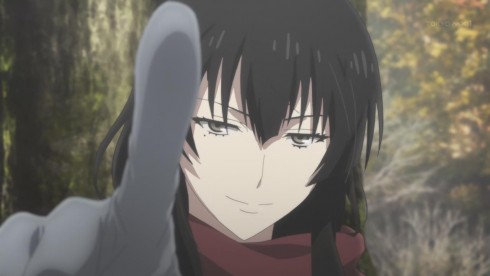 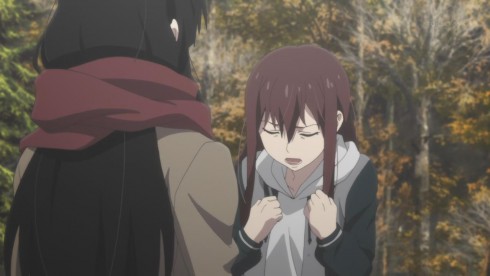 Sakurako acting odd is one thing, but having both Isozaki and Shoutarou not questioning her about her behavior? That was a bit too much for me. We’ve seen Shoutarou be Sakurako’s voice of reason, and sometimes be the one to reign her back a bit when she steps over the line. This week, however, it almost felt like Shoutarou wasn’t even there at all. It felt like his character had back pedaled a mile or two, after finally coming into his own, in the past few episodes.

If the story isn’t rushed, it at least feels a bit sloppy in this particular aspect. I think having the very likable main duo acting odd and weird is just one of the things that brought that feeling of unnerving unease into the episode, past the point of being entertaining. 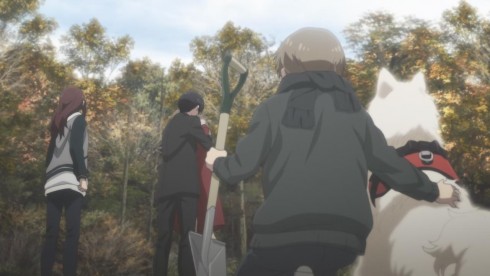 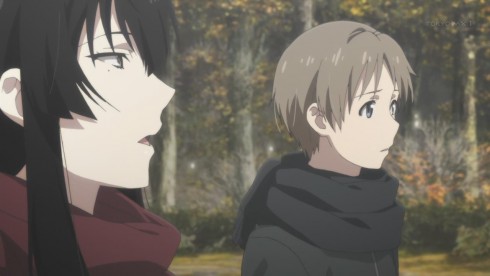 If you mess with a story’s fundamentals too much, there’s always the danger of the story almost unraveling at the seams completely, and I believe that’s what happened here. The mystery in question, with one suicidal girl making another kill her by threatening to kill her, and then being buried by an unsuspecting third girl was just dark and it was a bit outrageous. Had we gotten more context into exactly HOW Hanabusa was able to manipulate these three girls into doing such crazy things, then maybe this might’ve worked a bit better, maybe…

I think the thing that actually did work for me a bit, however, was the separation between Shoutarou and Sakurako at the end of the episode. This felt like something that the series had organically put into place, and thus felt earned. For one thing, it made a lot of sense that Shoutarou almost dying while protecting Sakurako would be the final push she needed to end her relationship with him. It also makes sense that Shoutarou was just too shocked and confused by the whole thing to properly protest or react. 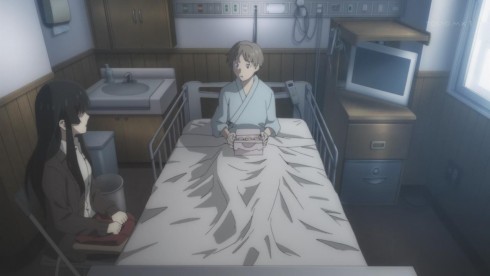 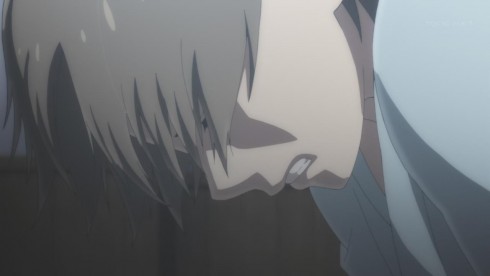 In a way, you gotta feel for Shoutarou. He just got stabbed protecting the woman he cares for, and then has her visit him only to tell him that she’s not going to see him again, even with the pretext of wanting to protect him. This coming on the heels of the first time he was ever invited over (last week), well… Its tough and harsh.

But you can’t fault Sakurako either. She’d already lost her younger brother in the past, and now almost lost Shoutarou as well. Shoutarou also almost died because of her reckless and obsession with Hanabusa. That and Shoutarou is a minor, so Sakurako also has to act like the responsible adult and protect him. Its a tough moment all around, but its the perfect place to end at before the final episode. 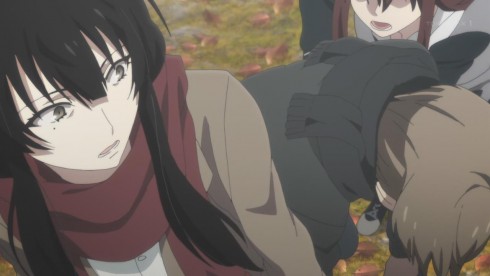 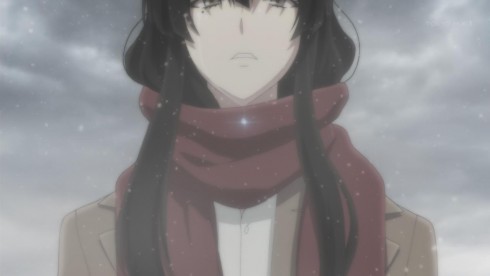 I had this question last week, but I think I’m even more curious about it after this week’s slightly less engaging episode. Just how does Sakurako-san end its story? I mean… Even with this week’s setup, it feels like there’s simply too much for one final episode to tackle and resolve properly.

There’s the first actual meeting between Sakurako and Hanabusa to deal with for one. Does Hanabusa get caught in one episode? After being built up throughout the series that would feel a bit… Anticlimactic. And whether he does or doesn’t get caught by Sakurako, there’s also the issue of her and Shoutarou. 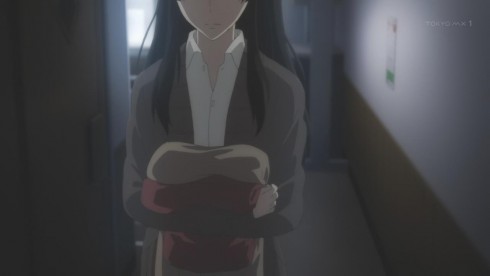 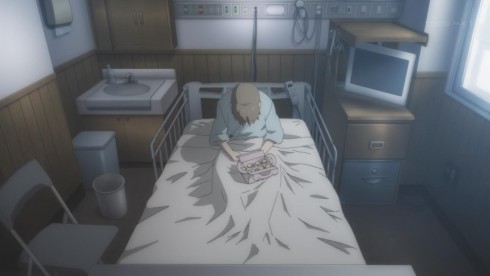 Just how much this final episode gives us, is again, what’s going to make or break this series. The ride has definitely been worth it, but I think this week’s episode proved that Sakurako-san isn’t a show that’s immune to sloppy and rushed writing, and a lack of time.

Its been a long time since a series’ last episode has mattered as much as it does with this one. What really worries me, however, is how much the odds are stacked against that final episode. I want it to exceed my expectations and end on a satisfying note, but I can’t imagine any scenario where that actually happens. I guess we’ll find out for sure next week, won’t we?