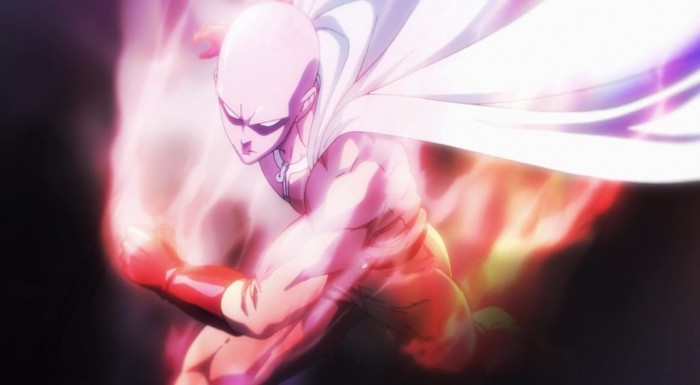 Its never quite occurred to me until this episode, but it seems like One-Punch Man is a series that features two very different and often times even disparate elements. There’s the element of Saitama, the character that the show is very much named after, and then there’s the element of the world in which Saitama resides, which houses all the freakish monsters, calamities, the Hero Association and all the other characters in this show. I’m not entirely sure why I’ve never noticed it before, but these two stories often happen in parallel, sometimes converging in on each other, but most of the time, being very much separate entities and doing their own little thing in their designated corners of the show’s narrative. 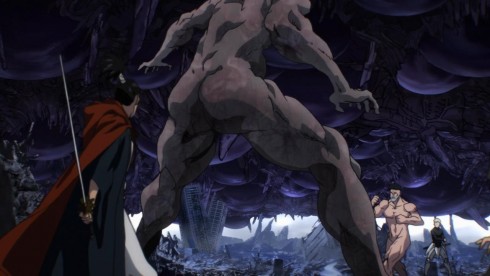 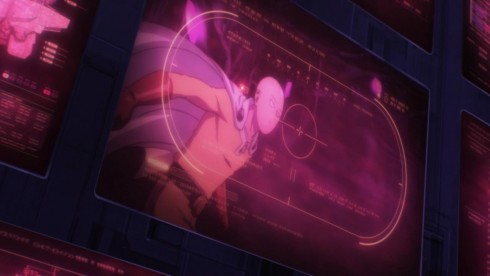 Nowhere is the separation of these two peices more evident, than in this week’s episode. Saitama’s struggle and battle felt so removed, and so completely separate from the larger battle that the rest of the S-Class Heroes on the ground were facing, that it did feel a bit disjointed. And the heroes? Their battle, their problems, their struggle, although epic, and monumental in its own way, felt largely inconsequential in the grand scheme of things.

Yet I think what makes this show work so well, is that even when Saitama and the rest of the show are sectioned off like they were this week, each element is just able stand up clearly on its own. I think its almost masterful how beautifully the show has almost create two different, equally engrossing narratives over the span of its past 11 episodes. 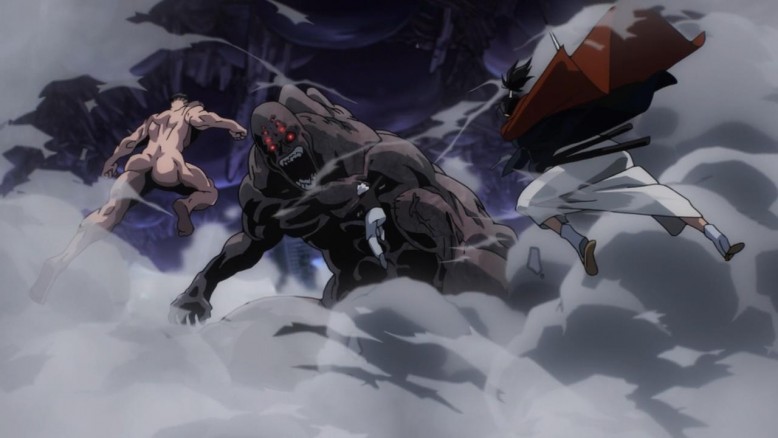 And This is just the “B-Fight” this show… XD

I mean, just think about those “S-Class Heroes”. It takes the lot of them to just take out ONE guy, and he’s not even the last boss (just a lieutenant). The battle, however, feels epic, feels amazing, because it has several S-Class Heroes working together to take down a mighty foe, one that they are eventually able to wittle down to size after much struggle.

The battle with the enemy in questions “Melzargard” is a pretty solid battle. Its beautifully animated, there’s some nice albeit simple logic to the battle, and all the heroes look mighty cool doing it. There’s a real sense of tension, as the monster in question slowly starts to lose his heads, but is more or less delaying all his enemies for a large bombardment from his mothership. 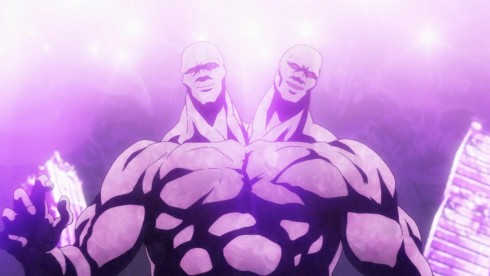 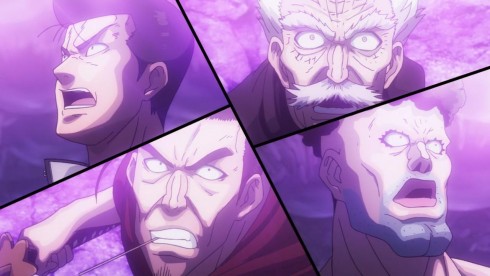 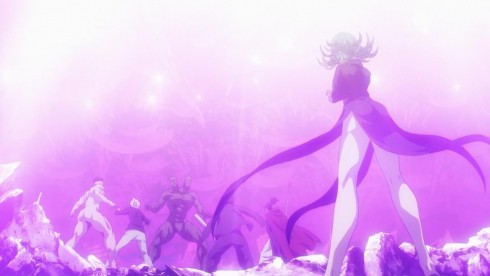 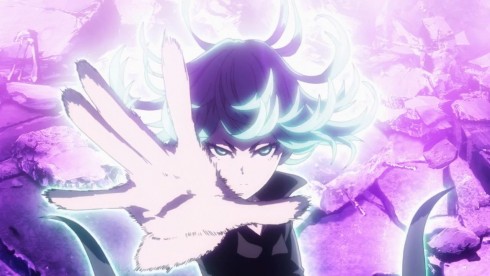 And it almost works too, as the heroes end up getting pretty darn close to taking out the monster, only to have the mothership in question almost annihilate them. Its here that Tornado steps in, and man, I have to admit, she’s actually pretty darn cool. Last week, someone observed quite aptly in the comments that Saitama and Tornado are the only two heroes in the cast that seem to be drawn in the sort of webcomicy, less detailed style at times. I think that’s almost a suggestion of the fact that Tornado may actually be the closest character in power to Saitama, at least in the cast we’ve seen thus far.

And I have to say, I’m curious to see Saitama and Tornado interact more. I think they’re just two very weird, quirky and extremely over powered characters that would play so well off one another. I’m sure we’ll get that, either in some other season, or at least later on in the source manga. For now, it seems like Tornado has enough power to basically stop and redirect the same artillery that annihilated an entire city in the blink of an eye. I’d call that pretty darn amazing. 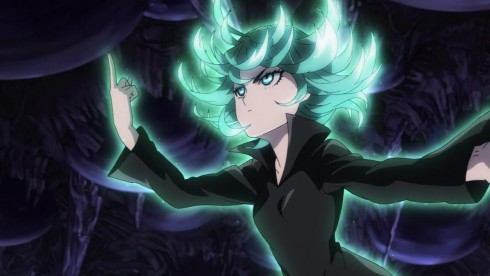 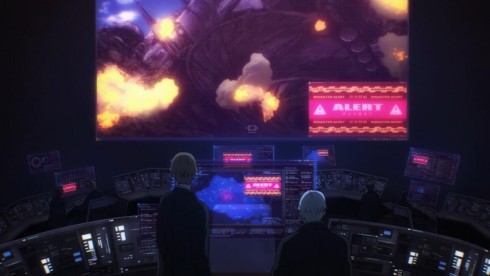 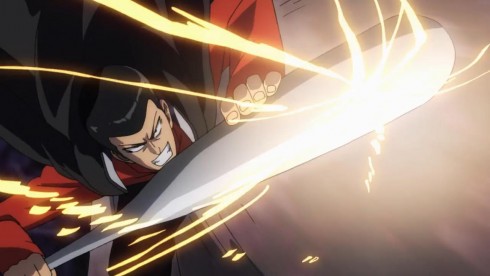 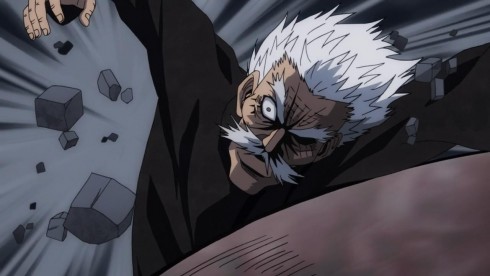 There’s other stand out moments too. Atomic Samurai, Baseball Yanki guy and Silver Fang look pretty darn awesome in their battle with Melzalgard. It is curious to see that Fang ends up taking a direct hit from Melzalgard, but I doubt that THAT is the last we’ll see of that particular character. There’s also a nice panning shot of all the past villains, and how they kind of react to the current crisis at hand (and boy are some of them in pretty hilarious positions now). There’s also a nice moment for Mumen Rider and the B-Class Heroes, as they try and help in any way they can while the S-Class Heroes take care of the invasion itself.

As for Saitama? Well his story definitely revolves more around taking out the big bad in the ship itself, unknown to everyone else. I think there’s an interesting element of isolation to everything Saitama does. It seems so effortless, so easy, but its Saitama that actually goes and takes care of all the big issues behind the scenes. The other heroes seem like they’re part of this monumental battle, but its actually Saitama, behind the scenes, that’s getting all the work done. 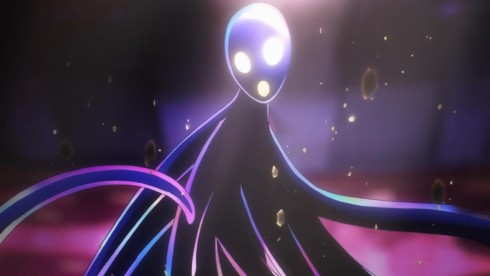 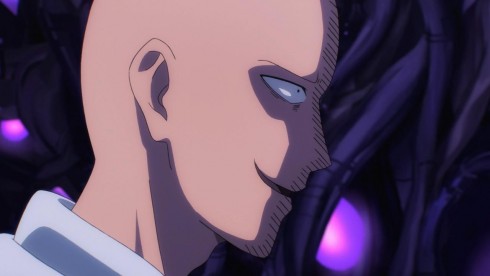 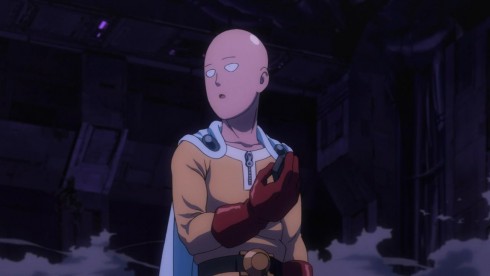 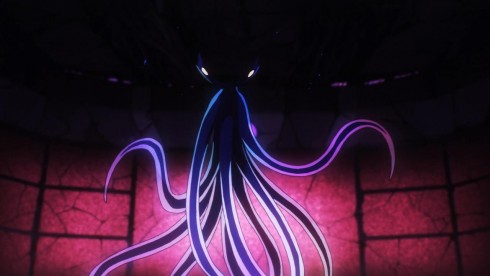 And man, did we see a different and an extremely funny side of Saitama this week. I think one of Saitama’s charms is just how darn funny he is as a character. Whether its his totally non-challant, uninterested straight-man dialogue, or his more troll like moments, Saitama definitely brings in some of the show’s more successful comic moments.

I particularly enjoyed the interplay between Saitama and the other lieutenant “Geryuganshoop” and how Saitama basically trolled him into getting the location of the control room. And as usual, Saitama pretty much One-hit (one throw?) killed the enemy in question, before heading on to what will probably the actual last Boss, Boris. 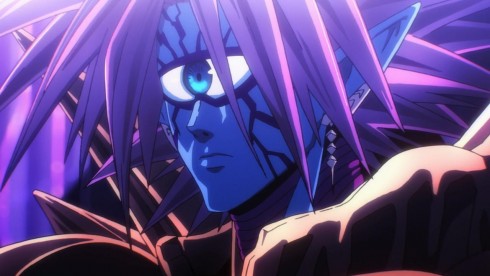 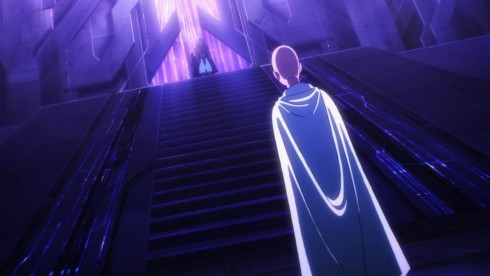 Boris. Boris is a pretty special character in that he’s the first character to actually survive a punch from Saitama and not immediately crumble to dust. Is this perhaps a redo of the moment with the Sea King? Where everyone expected Saitama and the Sea King to actually have this epic battle? I’m not sure.

What I do know is that I’m not entirely convinced that Saitama isn’t just going to finish off Boris with another punch. And yet… There are some interesting elements to Boris that kind of set him apart. For one thing, Boris seems to almost be a parallel to Saitama, in that he got so strong that life and battle become boring for him. We’ve seen Saitama struggle with this particular problem in the premier episode of the series, so its interesting to see an antagonist character come in with that particular idea as his central backstory. 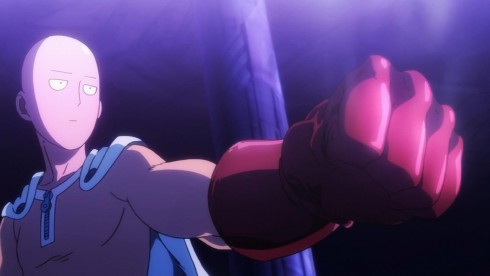 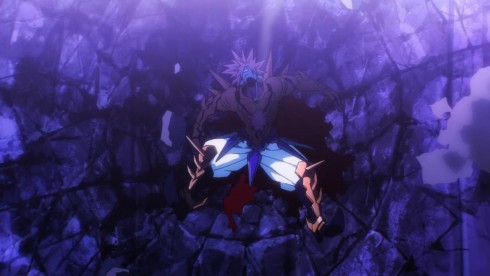 I think the most successful arch-villains are those that reflect a particular aspect of the hero of the story, in a twisted, darker kind of way. Boris definitely meets that particular criteria and he and Saitama COULD end up actually having a decent battle as equals. Why then, does my gutt tell me that there’s going to be something more to it than that?

In a way, I’m almost convinced that the show isn’t going to stray away from the “One-Punch” part of its title. So if that’s the case, where exactly does it go from here? The preview seems to talk about the idea of “The Strongest”, so maybe what we’re going to get is something relate to that particular idea. 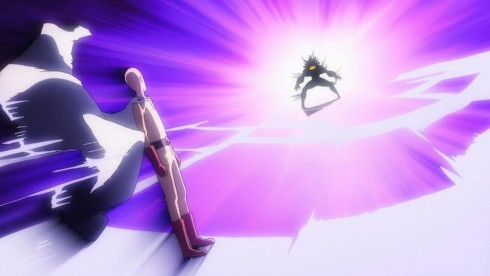 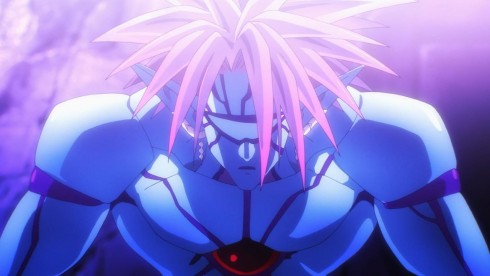 I can’t say for certain where One-Punch Man is going with this, but with the next episode definitely being the last one, I’m definitely curious to see where it goes. There’s enough setup in here for the show to either go the route that most of its viewers secretly want (i.e a big epic battle between Saitama and Boris) or to go in some other unique direction as well. What I am sure of is the fact that whatever One-Punch Man chooses to do in the end, it won’t be dull.