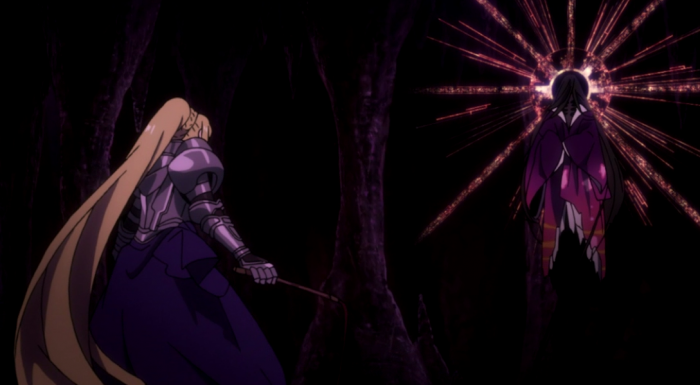 I spent a lot of the Bishamon Arc praising Noragami for its tightly woven, character-driven narrative, where every scene fed into the next and every plot point developed naturally out of individuals acting in ways true to their (limited) perspectives and experiences. This—I guess we’ll call it the Ebisu Arc—hasn’t been as strong structurally: There are gaps in the cause-effect between one event and the next, unexplained motivations, and sometimes people behave in ways that seem designed solely to move the plot or another character’s development forward rather than out of an organic extension of their own personality, desires, or what have you.

The hodgepodge plotting has been mitigated and at times hidden entirely thanks to great production values, strong emotional beats, a good sense of comedic timing, and some fascinating character details (particularly where Yato is concerned), but it really comes to the forefront during the first half of this episode, which I can only describe as a nonsensical way to mark time before the finale. Kugaha arrives out of nowhere, unhinged and stereotypically villainous in a way Noragami antagonists usually aren’t; Hiyori plays the helpless damsel in a way she never does; and Yukine struggles with his self-confidence in a way that…okay, that one’s totally legit, actually. 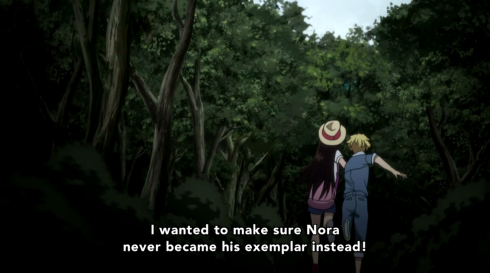 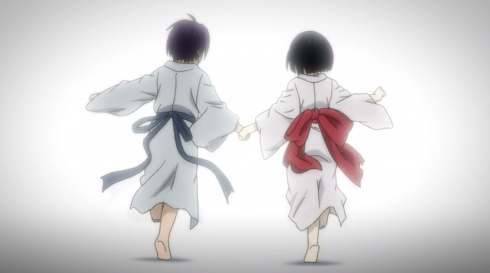 The point of this scene, insomuch as it has one, is threefold: To remind us that Kugaha exists (and maybe to show how badly Bishamon’s rejection has broken him); to strengthen Yukine’s loyalty and resolve as they move into the season’s final confrontation; and to more explicitly point out the pros (and cons) of being a Nora. The first two are unnecessary at this point in the story, particularly where Yukine is concerned, as his worries about Nora/Hiiro have been well-established already, but the last one is worth discussing, at least.

By possessing many names, Nora have a freedom other Regalia do not, but they also (generally) lack the lasting bonds that Regalia like Kazuma and Yukine have. Hiiro and Kugaha are manipulative survivalists, and perhaps they have to be, because neither has a single home—a god, a shrine, a proper family—they can return to anymore. Hiiro is trying to regain that. Kugaha is reeling from losing it. This doesn’t make Nora gaslighting Yato or Kugaha murdering the other Regalia acceptable, mind you, but it does help to illuminate the reasons behind their behavior.

Names in the Noraverse are vital. They provide a sense of belonging as well as a sense of self.  It’s no wonder the Nora seem so off—Kugaha erratic and ruthless, Hiiro callous and emotionally distant—or that the god who is most aware of his other names (Ebisu) is the one with the most tenuous sense of self, who values his individuality and current “life” the least. This scene with Kugaha is poorly structured and hamfisted in its resolution, but it does at least connect to other, more important characters, in its own way, so I s’pose it isn’t a total waste. 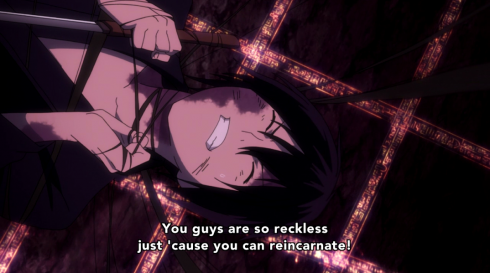 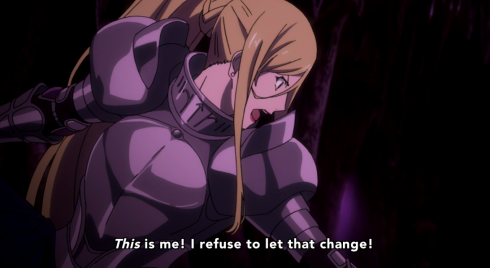 Once Hiyori gives Yukine The Pep Talk That Launched a Thousand Slash Fics, he doesn’t have any problem blasting Kugaha into the river, where they just…forget about him, and move on to other things. (And thus he vanishes as inexplicably as he appeared, like a good little filler villain.) They rendezvous with Team Bishamon and later Kofuku and Daikoku (another not-well-explained presence) at the vent just in time to pull out Ebisu and learn that Yato is still in the underworld.

Yukine’s ready to do whatever it takes to save his partner, even if that means becoming a Nora so one of the other gods can wield him, but Bishamon steps in and volunteers to rescue him herself. This leads to a gorgeously staged fight between the armored Bishamon and the skeletal Izanami, complete with gorgeous water droplets, flowing hair, and eerie Phantom-like halos. My screenshot gallery runneth over. Here, have a couple: 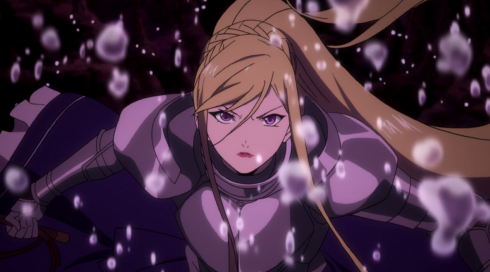 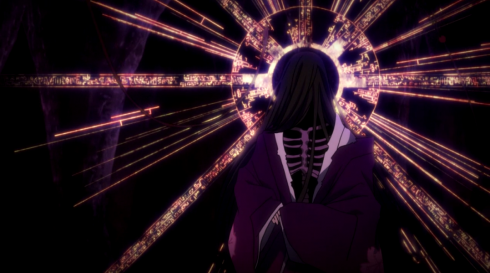 Shifting the focus back to Yato also returns us to this arc’s central conflict, which isn’t so much about Izanami but rather about Yato coming to terms with the god he was and the god he wants to become. He’s still struggling with past loyalties and the centuries-long hold both Father and Nora have on him, and even considers staying with Nora because “she’s never tainted me.” But, as the Bishamon Arc showed us, there’s a certain hollowness, an emotional distance inherent in relationships completely void of pain. We aren’t supposed to want this for Yato, and ultimately he doesn’t want it either, as he focuses once more on his new life with Yukine and Hiyori.

Yet despite Yato’s renewed agency, he can’t shake the nagging uncertainty about whether or not Yukine and Hiyori actually miss (or even remember) him—the fear that Nora was right all along, and there really is no one else who cares about him or accepts him other than her and Father. His reaction to Bishamon’s arrival is quietly heartbreaking, as he immediately tells her to leave because Ebisu’s already escaped. Yato never even considers that she might be there specifically to rescue him, or that any of the gods would risk themselves for his sake. 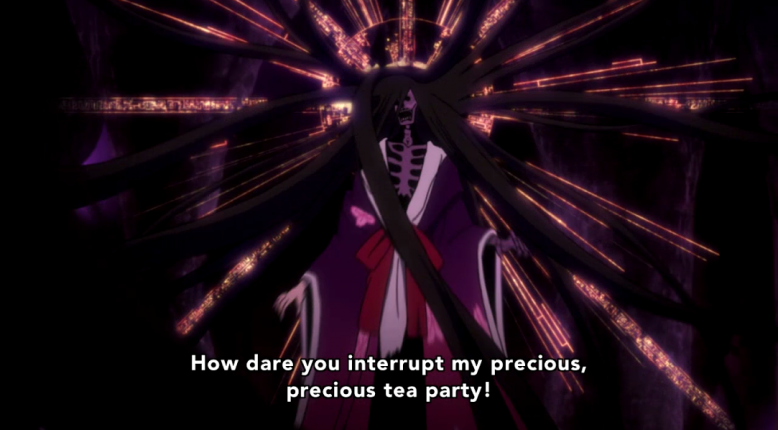 The Mad Hatter’s got nothin’ on this lady.

There’s a way to read Yato’s story arc as that of an emotionally abused child trying to escape his destructive family, which is why it’s so important that he not only realize he wants to be with his new, found family, but that they also want to be with him. So when Bishamon snaps at him that she’s not just there to repay him, but because there are people waiting for him outside, it’s a major milestone for him, and one that hopefully encourages him all the more to cut his old, toxic ties and strengthen his new, supportive ones. Filler villains and narrative hiccups aside, Noragami can still crush it when it comes to emotionally resonant character work, and that’s a pretty great place to be.