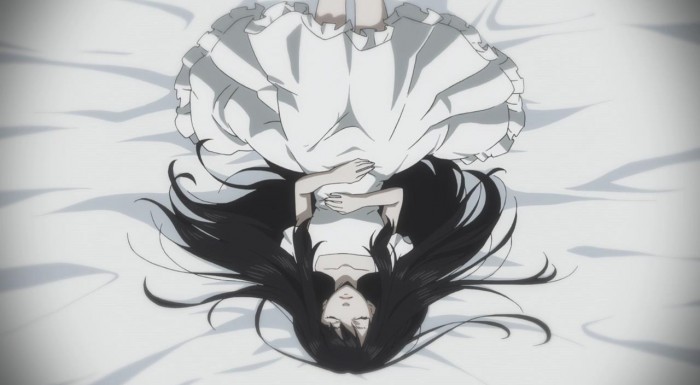 Subete ga F ni Naru continues its erratic behavior, this time with an upswing in terms of quality and the overall mystery. While it wasn’t quite the “saving grace” that past episodes in this series have been, the ninth episode of Subete ga F ni Naru was at least interesting. It had some nice moments and it definitely felt authentic in a way that only programmers can probably appreciate. But at the end of it all, when the episode had laid out its big revelations and said all it had wanted to say, I found myself feeling less surprised than I felt I should’ve been. 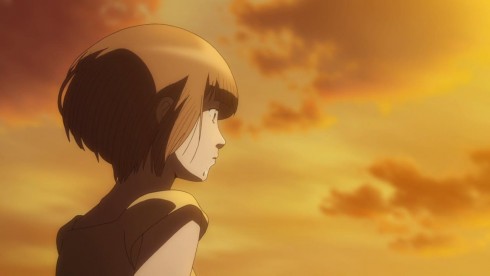 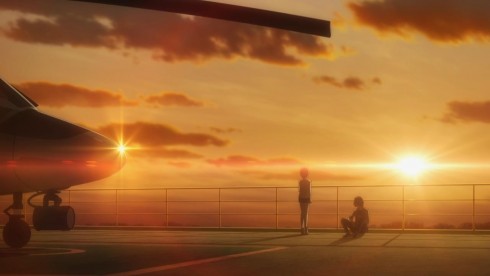 I think one of Subete ga F ni Naru’s problems is that its big answers to its huge mysteries are pretty simple and fairly logical, to the point of almost being a detriment. The big revelation that there were not one but two people locked in that room for 15 years made a lot of sense. I dug through my old posts, looking to see if I had correctly guessed the whole idea of Magata Shiki’s child, and it seems like I hadn’t.

I did, however, connect the dots a little bit before the show itself revealed the idea. There was an Aha! Moment, as things clicked into place and the show then all but confirmed what it was going for. More of those moments, more of the rather simple but powerful mystery, could’ve helped this show. The story, by itself, is powerful, had it been paced properly and not gone on any stupid detours, it could’ve been something truly special. 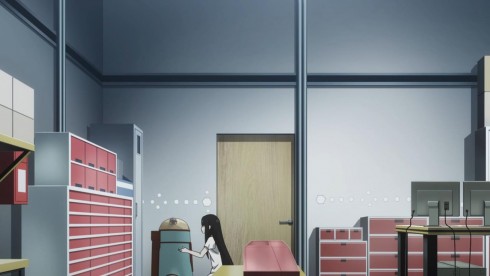 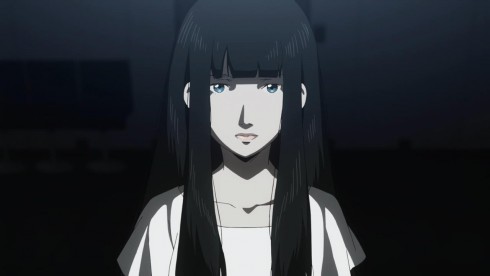 It all made a lot of sense. Magata Shiki being pregnant as a teenager, the reason for killing her parents becomes a lot more… understandable. The fact that Dr.Shiki killed her parents as a mother, protecting her child is a powerful statement. It makes you look at the grisly murder scene in a new light, and you feel sorry for her, almost.

Shiki was resigned to kill herself, the moment she realized that she had a child inside of her. Then, for 15 years, she raised the child, in secret. Its a tragic, sad story. The fact that the child in question ends up killing her parents is where the show almost crosses the threshold squarely into horror. 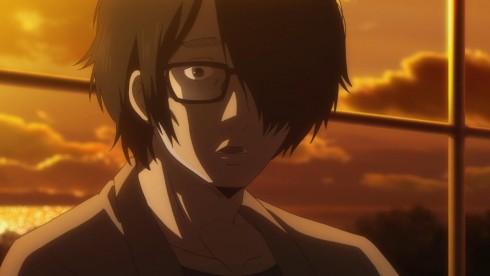 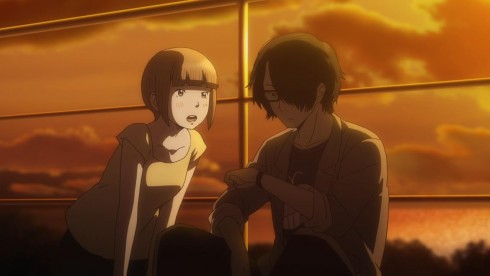 And these parts are so darn interesting. The story itself is so captivating, that its almost a shame that the last few episodes of the series just completely and utterly ruined any impact or momentum these things had. Even as these shocking revelations unfolded on screen, I found myself intrigued, but in a detached sort of way.

See, there’s still a very interesting question that this series has yet to answer. Did the child actually kill its mother? Did Shiki basically raise and groom her clone? Is there a 15 year old mini-Shiki walking around, somewhere in this facility. Or, did Magata Shiki, The mother, actually kill her own daughter? That’s a much darker and more horrific route, and its one that the series either intentionally or unintentionally throws at us. 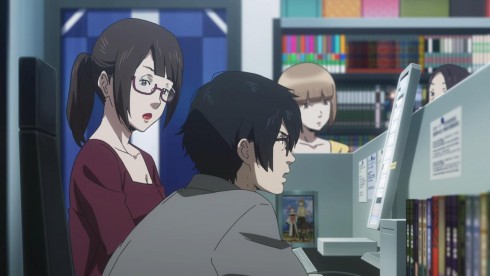 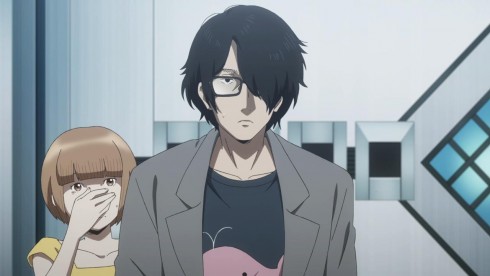 When Souhei and Moe finally get around to doing some actual detective work, they start to uncover the truth behind the situation. First the child, then how the killer in question was able to escape the room. The whole “messed with the clocks” thing is a mystery plot device as old as time, and it felt pretty contrived here too. It did make logical sense though, and while I knew it was pandering, I appreciated the authenticity of programming jargon, calls, methods, variables and ints. As someone who is a developer professionally, I can definitely appreciate the attention to detail that very rarely is done right in entertainment media.

But those little details are a distraction, one that really do distract from the fact that this mystery was so simple that it should’ve been solved a few weeks ago. There’s probably an argument to be made about why the audience itself couldn’t have just solved this mystery, and I suppose that’s valid. The issue is though, that while the series has been laying the groundwork and logic for Shiki’s child, the closed room murder itself leaves a lot to be desired. 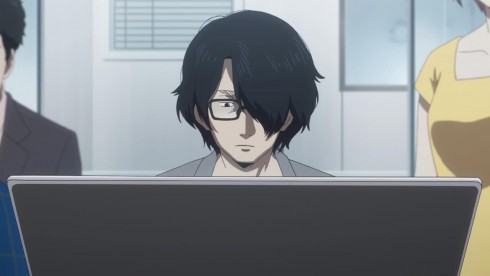 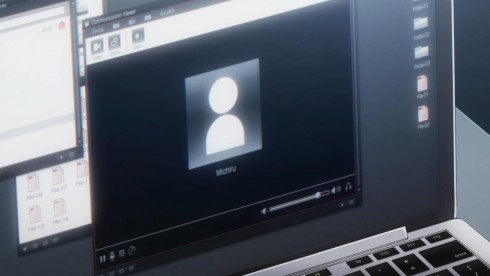 So basically, Shiki (or her daughter) ended up hacking the custom OS that she herself developed, and created an opportunity for this all to go down. It doesn’t feel like some magical solution, more so than a plot device to basically make the closed murder possible. It reeks of “its time to reveal the murderer”, and less so as a natural progression of the story and plot itself.

In the end, I really do believe that Subete ga F ni Naru is just a victim of poor pacing. I’m actually more interested in the story of this particular adaption itself, and why the director and production staff chose to do the things that they did. We’ve still got two episodes to go, and while I think I’m still mildly curious about what the eventual outcome will be, I wish I was more into the story. 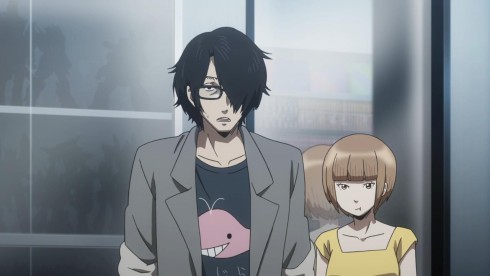 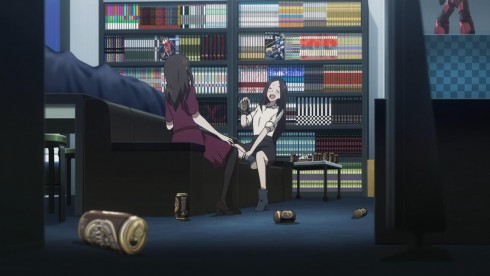 I also suspect that Subete ga F Ni Naru is a victim of being lost in translation. The transition from one medium to the other doesn’t quite turn out for the best sometimes. In book form, I can totally see these weird tangents and big dialogue sequences making a lot more sense than they do in anime form. I guess the big thing I lament is the fact that the story just wasn’t done justice in adaption form. It is a solid story, a good one.

And I say all of that because, at this point, I think my mind’s made up about Subete ga F ni Naru. Unless the ending somehow redeems the entire series, and gives us a payoff to those odd detours we got throughout the series, then well… Subete ga F ni Naru will end up being a muddled mess that COULD have been great, but just… wasn’t.