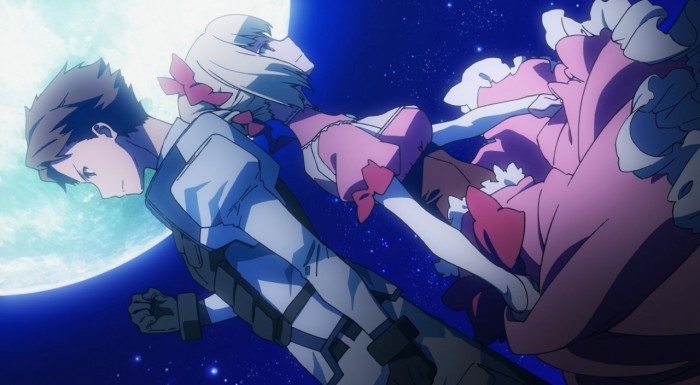 Heavy Object does it again. This was another really enjoyable episode that gave a bit more focus to Havia’s personal life and actually showed there is some depth to this guy. This was a fun episode that didn’t exactly go down as I expected it to. Of course there was a lot of humor, some fanservice, and some life threatening danger. But some of the twists with Havia and his fiancée (yeah who would have guessed had one) were good and it set things up for an interesting Object battle ahead. Certainly some quick thinking by Qwenthur saved the day here, though Havia being observant let them discover the assassination attempt before it was too late to do anything about it. Would have been devastating for Havia to find out later what happened and that he might have been able to do something about it. 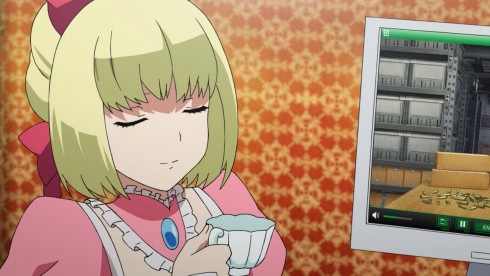 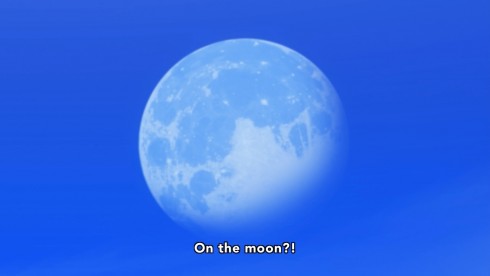 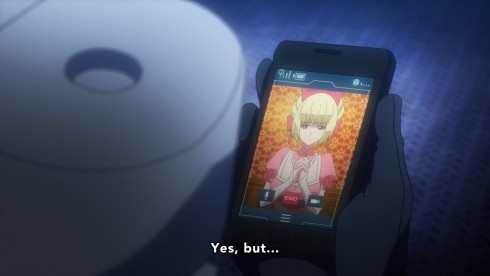 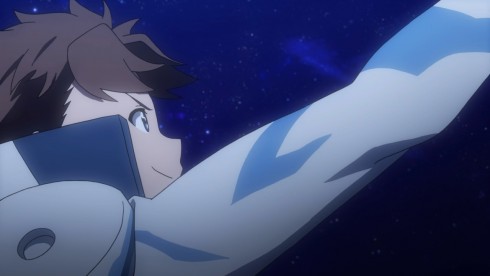 I’d be happy to talk about Havia’s fiancée by name….but we never got it. We know she’s a noble daughter of the Vanderbilt family. A surprising kind of Romeo and Juliet situation with the both of them being from families that don’t care much for each other, but these two ended up getting engaged regardless or perhaps because of the opposition they’d be facing from both sides. I thought for sure at the start that this was something Havia was dragged into and wasn’t all that interested, but by the end….it appears to be the opposite. They both seem to really care about each other and want to make this happen.

I mean they even dedicated the space for the ED to have these two talk about the aftermath of all this. Despite this girl being a bit strange and throwing words like “fricken'” around, she is concerned once she realizes the danger Havia is actually getting into. She had thought he was doing some menial work and staying relatively safe. She doesn’t want him getting killed trying to distinguish himself so he can take over his family and thus let their eventual marriage happen. It was really nice to see Havia that serious for a while. Having the resolution that even if it means fighting against monsters like Objects, he’ll do it. He’ll keep putting himself on the line until he’s been recognized enough to make his goal a reality. It’s something worth risking his life for. 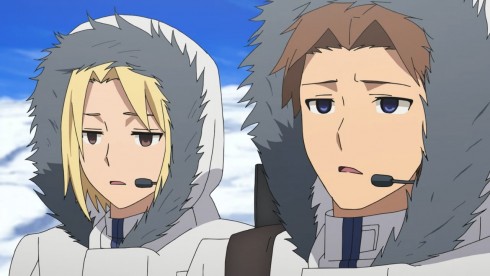 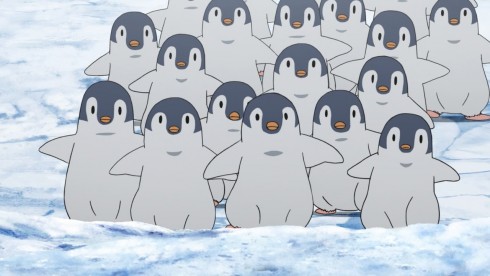 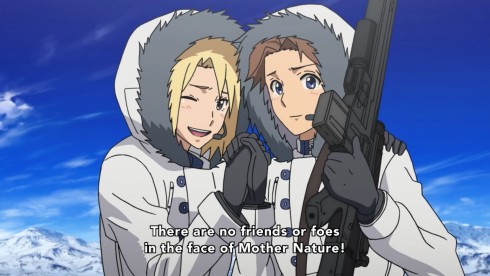 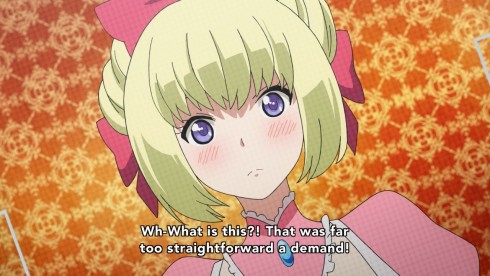 Of course this episode had a lot of the standard fanservice in there and comedy. I mean Havia and Qwenthur watching that video and suddenly getting into super serious working mode…was actually kind of funny. Getting so into it that they were working up a storm and playing along with the video to a degree. All the more entertaining as that moment when the Vanderbilt girl showed up on the screen…conveniently having her head covering Jessica XD. The fanservice of course continued when you had Milinda complaining about being too hot in her Object and having to strip XD. I’m guessing that part of the reasoning was trying to get a reaction from Qwenthur. Normally she probably wouldn’t whine that much about the heat she was dealing with and proclaim that she was going to take off her suit to cool down. In reality though she was cooking at that point.

Probably the biggest laugh for me was the Penguin scene XD. Just something very fun about both terrorists and our guys stopping the fighting to gush over the adorableness of the penguin. Both sides also cheering as the penguin that fell managed to take care of itself and the group passed without incident. Sure, they got back to trying to kill each other right after that point, but for a moment….penguins created peace. Sadly both sides couldn’t get along a bit more. In that case those terrorists wouldn’t have gotten themselves killed.

Second to the penguins and arguably ahead of them was the whole “fuck!” scene. Havia’s worst fears being confirmed when his fiancée was at risk of being killed. The best part was actually her reaction to it. Having no idea of the context, but taking it to be a more literate demand of her XD. 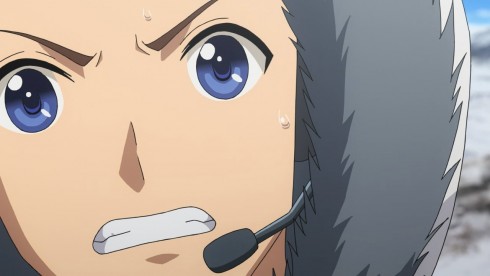 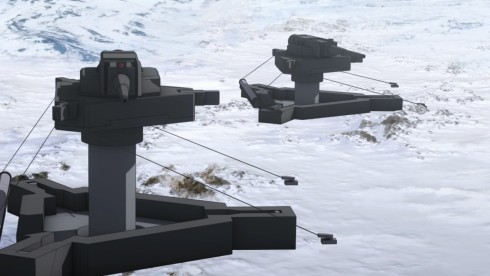 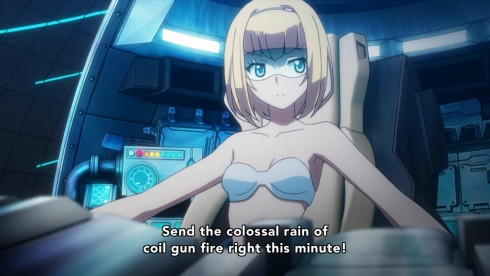 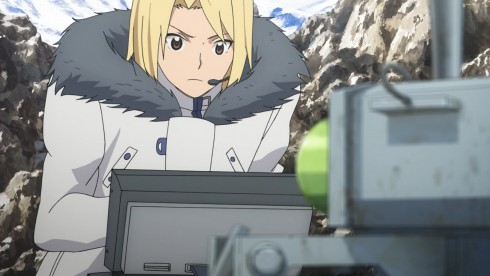 That was a risky situation though with the automated turrets. It wasn’t at the level of fighting an Object, but those were weapons you’d find on Objects….so it was close enough. As always Qwenthur figured out a good way for them to stay alive and things turned out alright. You’d think at this point Havia would have more faith in Qwenthur’s crazy plans, but hard to blame him when he’s constantly in danger of being killed. No time to believe every crazy idea will work out.

Also….close call there. Havia’s fiancée was almost annihilated. Yeah, I’m sure his country would have shrugged off losing one noble daughter in exchange for a despised enemy…but these guys aren’t the types to let that happen. Even if it meant getting into unofficial trouble….it was worth doing. Better do that than lose the whole reason Havia is putting himself at risk in the first place. 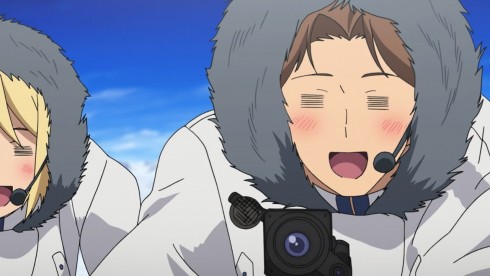 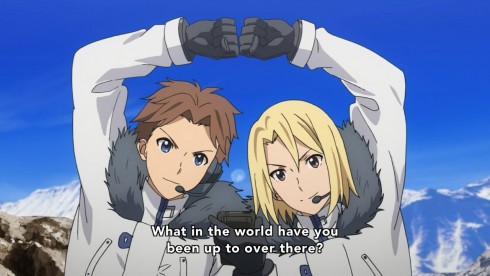 This was definitely a fun and entertaining episode. Havia and Qwenthur are goofy guys who enjoy the fanservice that exists in their own lives, but in the end Havia does have someone he loves and is fighting for. While I’m sure he doesn’t mind messing around a little, she is still the one he cares about the most. Even if it means fighting Objects and putting it all on the line. I can respect that kind of thinking.