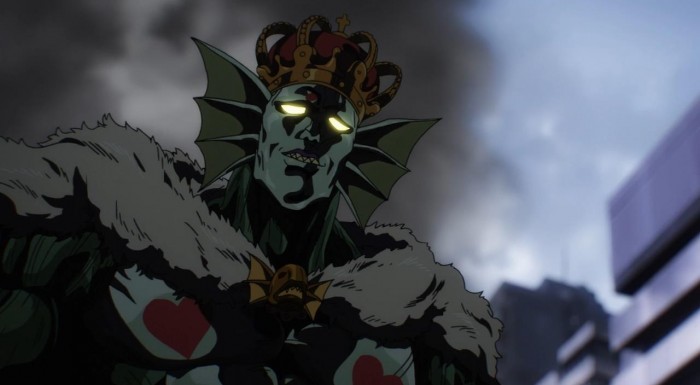 Oh man… Oh man… I’m seriously getting excited here. The wait is finally over, and One-Punch Man is finally bringing its S-Class game and moving up from the minor leagues (at least as far as this show itself is concerned). I’ve enjoyed the stand alone episodes, the playful and sharp satire, the interesting ideas that this show has brought up and promptly left, but I think this week’s episode was something beyond that, and therefore something truly special. 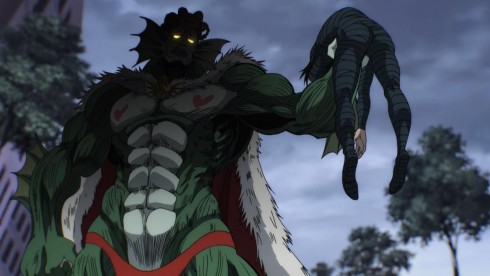 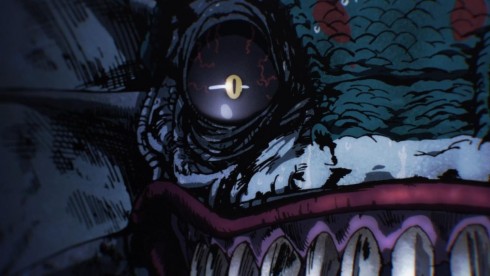 There’s something to be said about how much more interesting a superhero story becomes when there’s a powerful and interesting villain thrown into the mix. The villain in question this week is none other than the Undersea King, and if I were to be completely honest, he’s not all THAT impressive. Compared to all the other cannon fodder we’ve seen in the series thus far though? He’s leagues ahead of anyone else.

I mean, the guy gets an entire episode of pure build up. Its almost as if that little tentacle monster dude from episode 6 was a testing ground for what this latest arc would eventually become. The story plays along in a similar fashion. There’s a big threat, and a bunch of lower ranked heroes try to take this monster on and lose horribly. 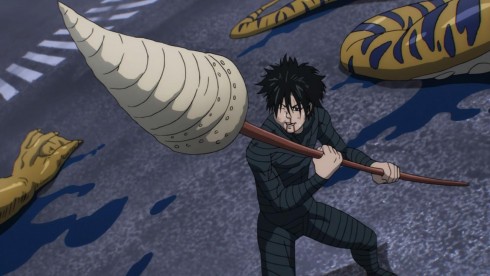 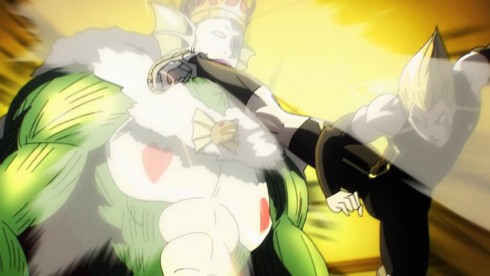 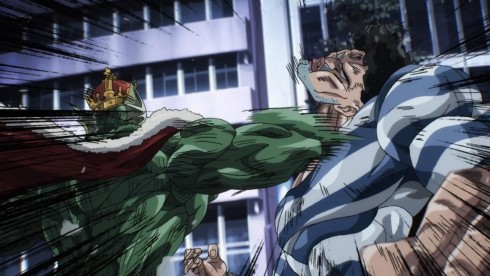 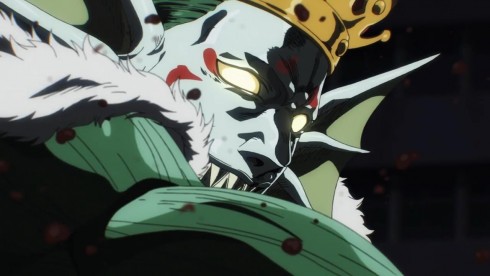 With each successive win, the Undersea King grows in importance, power and authority. For all the monsters and villains we’ve seen, there’s a very “forgettable” nature to them simply because they go down so easily. With the Undersea King, things are looking up, if only because the show is taking the time to establish the menacing nature of this new threat. Maybe Saitama will One Punch this villain out of existence just as fast, but that hardly matters at this point.

All those extra heroes and characters that the show has been introducing up till this point? Here’s a fantastic place to use them. There’s some new heroes that kind of start everything off, an A-Classer named Stinger, and then there’s even an S-Class Hero who’s serving a Prison Life Sentence, but these guys are merely the opening act. 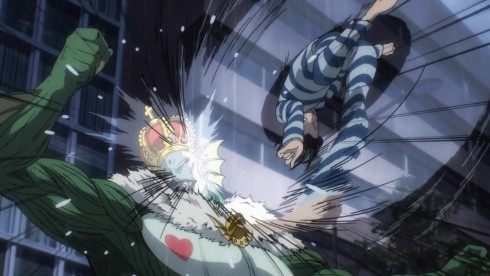 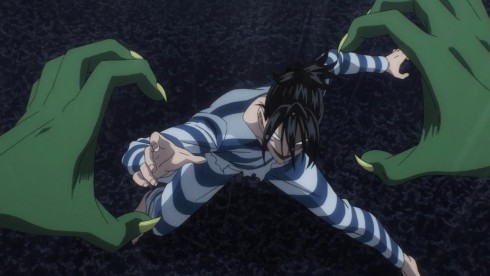 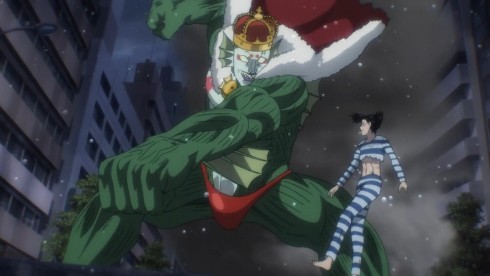 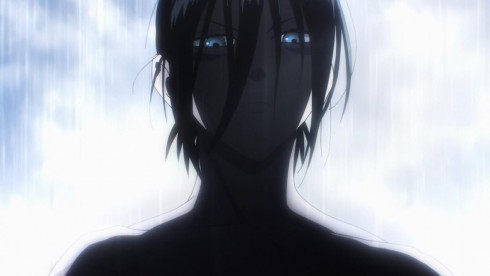 The character that kicks things off proper is none other than the anti-hero Ninja Sonic. Sonic’s little tussle with the Undersea King is an absolute joy to watch. Its expertly coreographed, with tons of slow motion shots, all happening while the rain pours down in the background. There’s a sense of epicness that feels like an extreme tease, if only because the Sonic battle ends a bit more quickly than I’m sure anyone wanted it to.

The end result is a feeling of hunger, bated anticipation for the next big moment. Sonic isn’t exactly the strongest character in the series, but he is one of the fastest, so having him tussle and eventually have to run away from the Undersea King (completely naked at that), is just serving to increase the anticipation for the big moment. All throughout the episode, there’s one thing that every person watching this show is waiting for, and that’s Saitama. 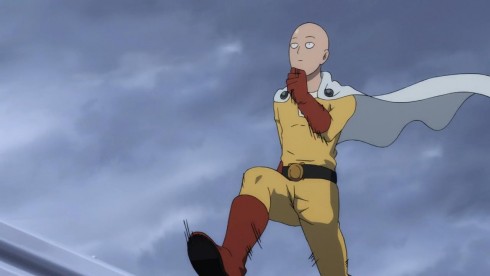 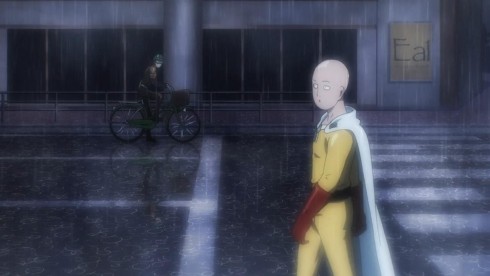 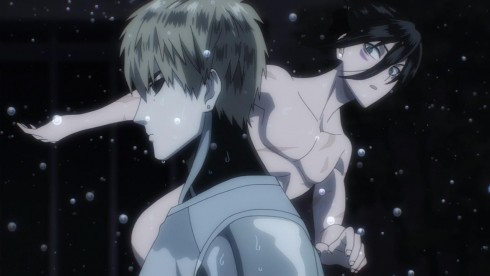 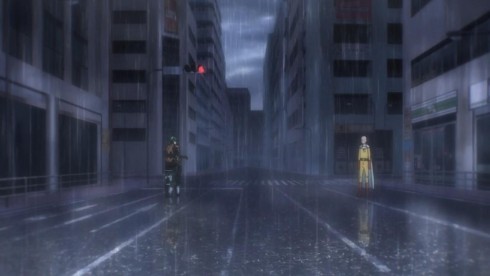 Of course, in classic shounen fashion, Saitama is lost and still trying to get to the big threat. Its something DBZ did to a massivly annoying degree, but here, I really do think delaying Saitama serves the story best. By dangling an awesome battle in front of us, taking it away, and then inter-cutting to the other heroes first, the anticipation just continues to build.

There’s the breif exchange between Sonic and Genos, and there’s also the first meeting between Saitama and Mumen Rider. All those little world building moments are nice little side nods. Things that the series is calling back on after having built up over the course of its run so far. And they work, they’re cool little treats. What works a little less properly for me is the whole segment with Amai Mask. 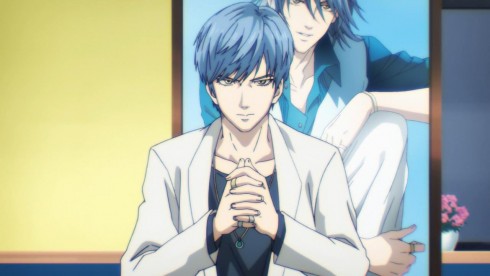 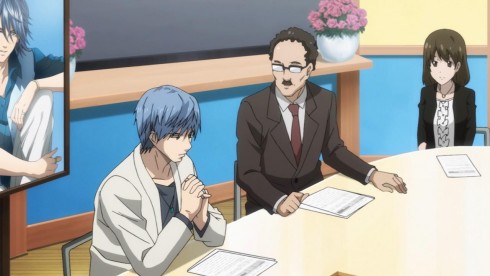 See, Amai Mask continues to be all bark and no bite. He goes on and on about justice and doing your job properly, all in the comfort of a nicely lit studio room. In some ways, Amai Mask is worse than Snek. You remember Snek Right? He’s the guy who tried to bully Saitama on his first day.

Snek ends up evacuating with the other normal citizens to a nearby shelter, and its here that the UnderSea King makes his next attack. This whole moment is fascinating, because it gives us a look into a world where monster attacks are common place. They’re common, and there’s even situations where heroes themselves have to evacuate because they’re not powerful enough to face them. 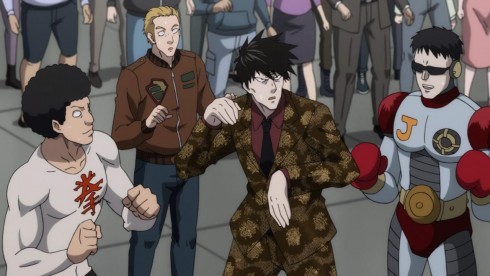 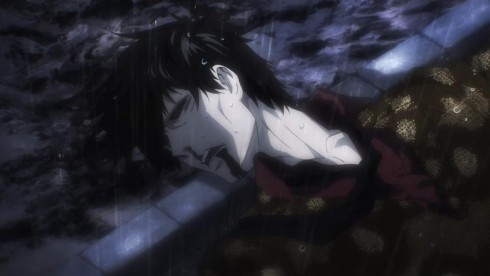 Snek rallies a bunch of other heroes, and they try to delay the UnderSea King for a few moments. But even with multiple heroes, spread across A, B and C ranks, the UnderSea King is barely dented. He takes them out easily, and you almost feel sorry for them. You feel sorry for a character like Snek. And the reason is simple, for all the jerk like behavior the guy’s displayed, he at least tries his best to save people when his back is pressed against the wall. Sneck doesn’t runaway, and that’s a great achievement for the guy.

The tension really rachets up to eleven, of course, when Genos arrives at the scene, ready to take on the Undersea King. But, elsewhere, we’ve got Mumen Rider who is heading to the scene with Saitama. Saitama gets distracted by an obviously naked Sonic, and decides to chase him. Mumen Rider meanwhile, receives a call that tells him of the Shelter attack, and in his haste, drops his phone. 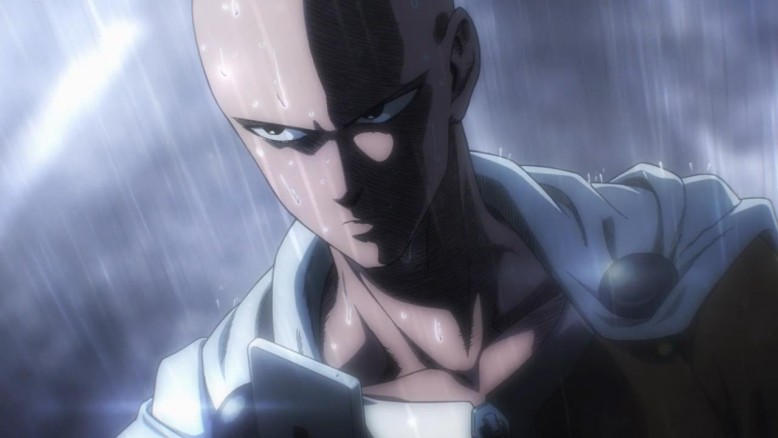 Its Saitama who picks it up though, and you can just feel the excitement swell up to its max. Saitama finds out about the attack, about the monster having taken down an S-Class Hero, and he’s just pissed. You can tell that there’s something cool coming later down the line.

The problem though, is that the episode ends right there. Its totally one of those moments, those moments where you just scream at the TV infront of you, wishing for more. That’s riveting television, and that’s good build up. Its all leading up to something great, and I hope, I sincerely hope, that One-Punch Man uses this build up and just gives us something awesome next week.

Given that this is our first multi-episode arc, complete with a cliffhanger… Well, lets just say my expectations are a bit high, alongside my increased excitement.