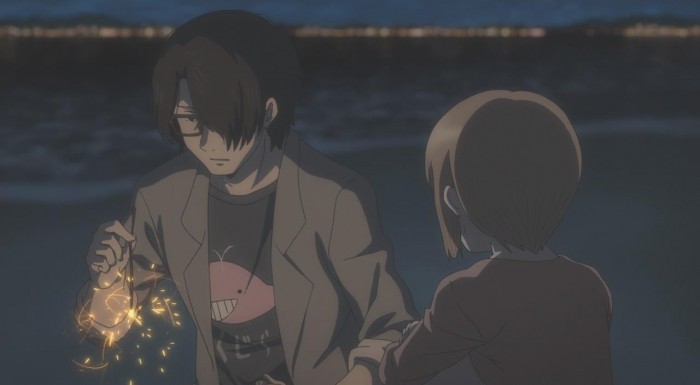 It really did feel like it was a do or die situation for Subete ga F ni Naru this week. Thankfully, the heart rate monitor didn’t quite flat line this week, and we had a steady pulse arise instead. There’s still some life in this show, and its almost surprising how much of a step up this week’s episode was from the jumbled mess we got last time. 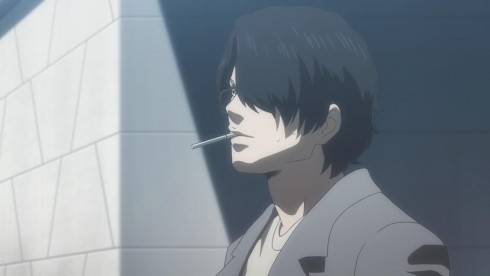 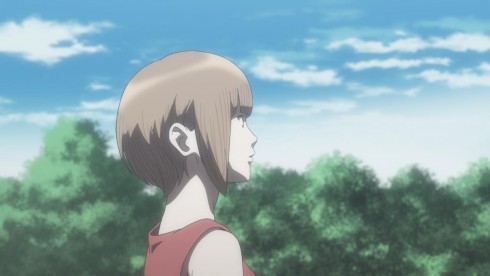 I have a confession to make, I not only like Subete ga F ni Naru, but I WANT to like it, probably more than I honestly should. One of the major reasons for this genuine desire for this show to do well, for it to succeed, is the fact that I really like what its going for. I like that Subete ga F ni Naru is trying to be an intellectual, philosophical piece of art alongside being an endearing and entertaining mystery. I think its trying to make a case for the idea that these two things, art and entertainment, can exist in harmony and aren’t mutually exclusive.

With that in mind, Its definitely true that show isn’t exactly always successful with the lofty goal that I think its set out to accomplish. Last week was an example of how things can definitely get muddy, annoying and uninteresting, but its almost uncanny to see how much of a shift in the other direction we got this week. And now that I reflect on it, that seems to be a sort of pattern that the show has going for itself. 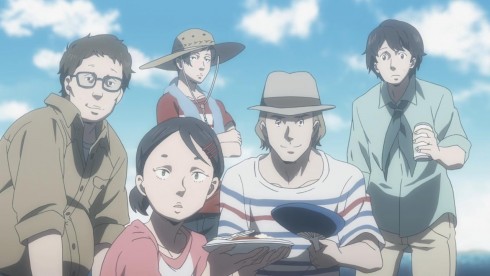 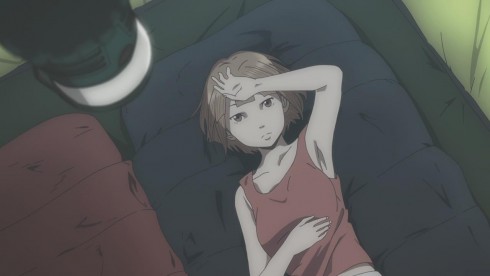 It’ll flip flop, acting more conventional and entertaining one week, and then giving into its more grand desires the next. Why the show does that, why the director and production staff have chosen to go that bi-polar kind of route is beyond me, but I do think that it gives new meaning to the idea of “peaks and valleys”.

This week had all the things that make the peaks, rather than the valleys though. It had good introspective character moments. It had a renewed focus on the mystery of Magata Shiki’s death, and explored it with a vigor and determination that felt appropriate. It had our two main characters playing off each other well, and acting like the likable but flawed human beings that they are. 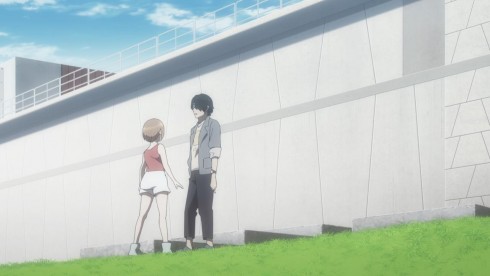 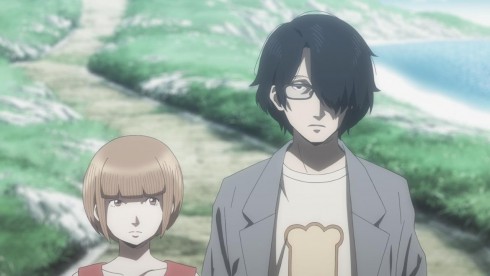 Last week kind of quasi-ended with Moe and Souhei at odds with one another, and this week was more or less about them actually taking a break from the horror they had just witnessed. It was also about putting some distance between themselves, and almost gathering their thoughts, in their own special ways.

Moe got angry and vented to everyone at the camp. while Souhei got lost in his own thought and questions. It was so darn… impressive, to see the show just focus on the mystery, and basically go over everything that had happened thus far in a very smart, analytical and human way. It didn’t feel like a recap as much as a rational thought process that you’d see from a human being. 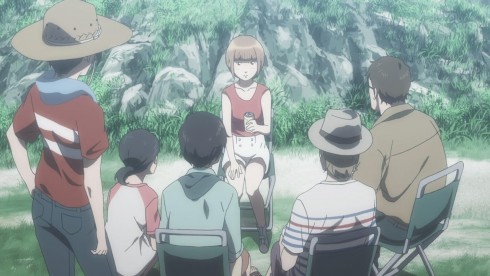 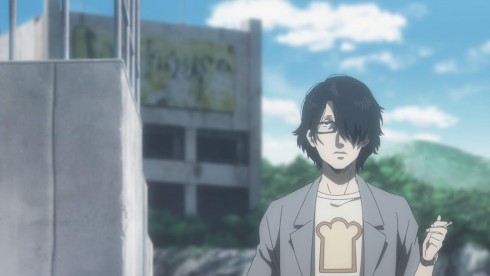 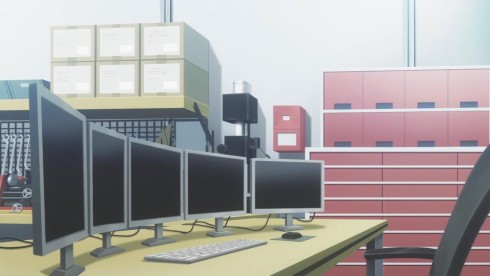 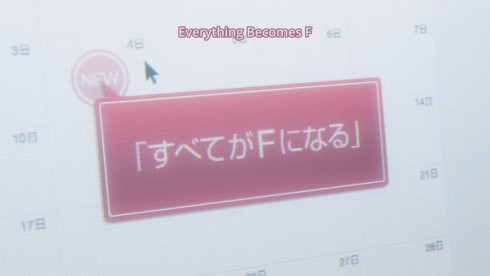 I also quite liked how Souhei and Moe were thinking largely the same things, in parallel, and how the show cleverly cut between the two of them, as they finished each other’s sentences. If there’s an award for info dumps, then I’d say Subete ga F Ni Naru definitely wins it this year.

In a few key scenes, the show brought the focus BACK on the mystery of Magata’s death, while simultaneously highlighting lots of key little details that may or may not be important. The experience felt very akin to that of playing an adventure game of a visual novel. All the puzzle peices were being thrown at us, and it felt like all the pieces were on the board, there for us to slot into their proper places. 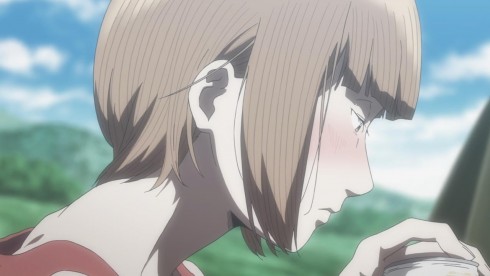 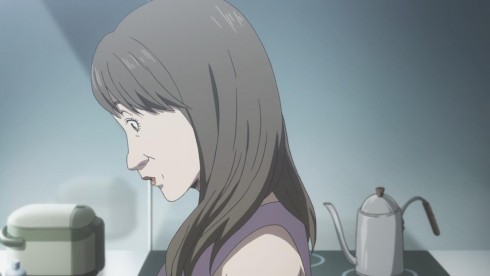 What’s equally impressive is how we learned nothing new from Moe and Souhei’s musings, but even still, the whole thing was so entertaining and interesting to watch. Maybe its because it felt so relatable? I definitely think I would very much be following the same path as Souhei and Moe, after having run into the frustrating wall, that is the big mystery of Magata Shiki’s death.

And before I forget, I did come to respect and like Souhei a bit more this week. For all his problems, and how he can be a bit insensitive at times, I really did like that the guy is a man of integrity. Souhei’s a complex individual, but I liked his reaction to the bribe that was offered to him to cover up Magata’s death. 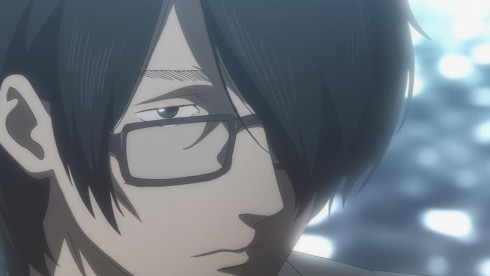 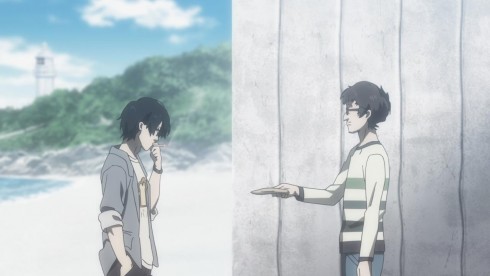 To allow something like that to fly, for whatever reason, is undoubtedly wrong. Its not just ethically wrong either, its illegal. Souhei refusing to comply with the idea seemed like the logical thing to do. A no-brainer. But see, Souhei isn’t the creature of logic that he aspires to be, and ends up doing that very wrong, for his own reasons.

Moe and Souhei decide to go back to the Lab and solve the mystery, each with their own reasons and new found convictions. They come together again, and eventually return back to the scene of the crime. Lets think about that for a second. Souhei ends up agreeing to cover up a murder for a week, and puts himself and the younger Moe in danger, all to satisfy his and her curiosity. Its pretty stupid if you think about it, but its very human. 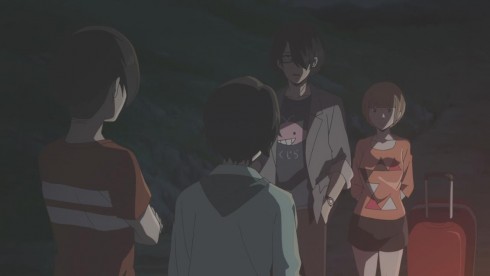 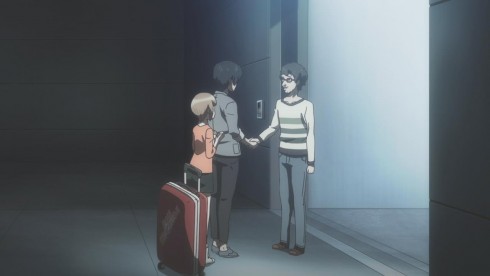 Curiosity is a natural human condition that leads to some interesting mistakes and actions. By having both Souhei and Moe commit that mistake, in service to “solving the mystery”, the show humanizes them, and also ties up some other logical problems quite cleverly. 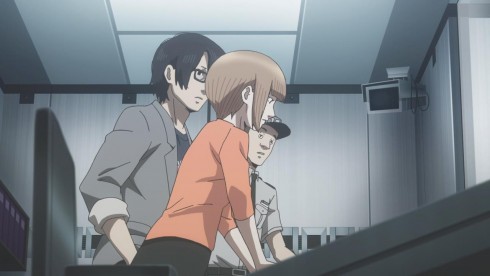 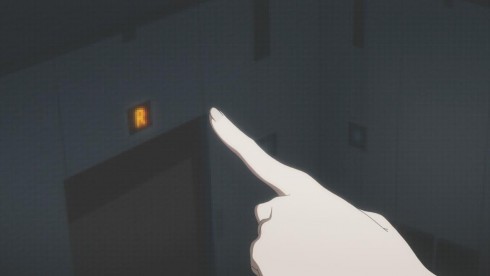 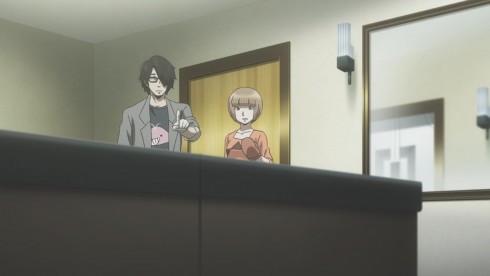 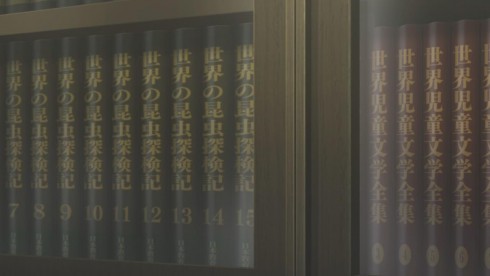 The last bit of setup out of the way, the remaining few minutes of the episode got us right back into solving the actual mystery. Souhei and Moe discovered a new clue in the elevator, and there’s also the whole fact that all of the books in Magata’s little library only extend as far as 15. Fifteen, F, is the big old “Everything becomes F” really just “Everything becomes Fifteen?”

Its an intriguing question, one that really starts to get the excitement to run wild. The show doesn’t end there though, there’s one final scene, one that just crescendos the whole episode to a spectacular finish. We get another flashback to Magata Shiki’s past, and this time, there’s no smoke and mirrors. 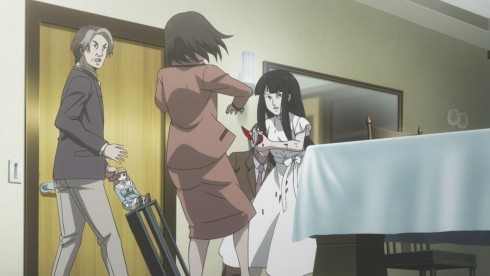 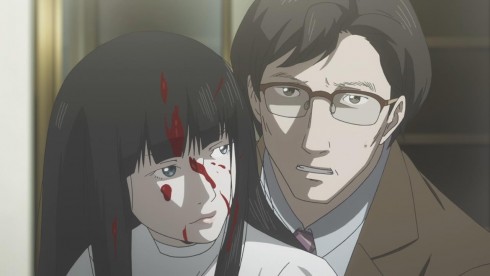 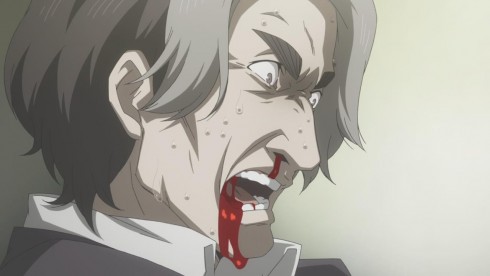 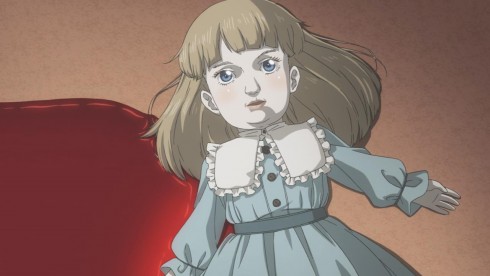 Magata Shiki kills her parents. Its open, and out there. Even more damning is the fact that Magata Shiki and her loved, her uncle, the director of the Lab, end up killing her parents TOGETHER. Its a grisly scene, one that really brings the shock factor back into the series. So Magata Shiki did indeed kill her parents huh?

But why? Why did she kill them? Was it because she and the Director, Shindo, wanted to be together and her parents forbade it? Or is there something more? And leaving all of those questions aside, there’s the big reveal that Shindo’s wife witnesses the whole scene, and sees the two of them there. Its obvious now that Shindo’s wife lies and helps cover up that murder, as her testimony would damn both her husband and Shiki. 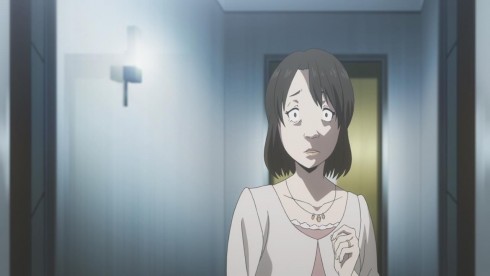 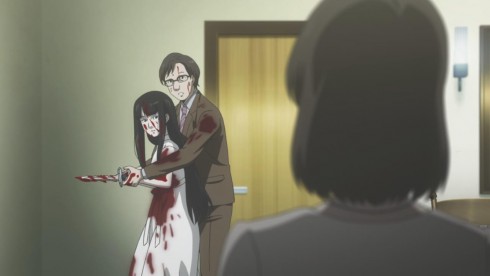 More so than that, of course, it also makes Shindo’s wife our prime suspect. She’s the only one so far who has a beef with Shindo and Shiki, and the only one who’s actively lied on screen about everything that she knows. Is she the killer? Its very possible. Its possible, but I don’t think Subete ga F Ni Naru is going to have it be quite so simple.

There’s more to this story, and once again, I’m hungering for those little nuggets of information. I’m right back where I was with episode 4, so much so that even I’m a bit taken a back. How Subete ga F ni Naru continues to completely strike out one week, and hit a home run the next is baffling. My hope, however, is that it just continues to build on the momentum that it re-established this week, because if we continue to get more episodes like this, Subete ga F ni Naru will continue to be one of the best shows of the season. 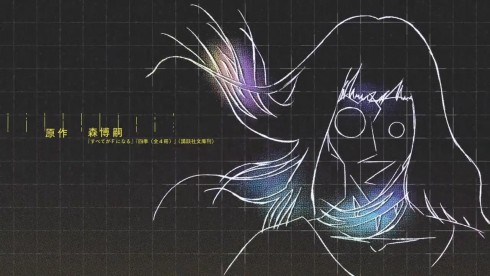 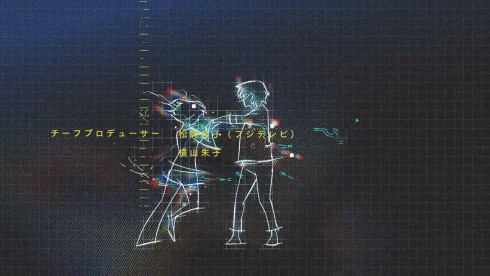 That’s what I think we all would like to see, after having invested 6 weeks into this show. (Also is it just me, or does the OP subtly change the animation each week? Is the show screwing with the audience or am I just imagining things?)