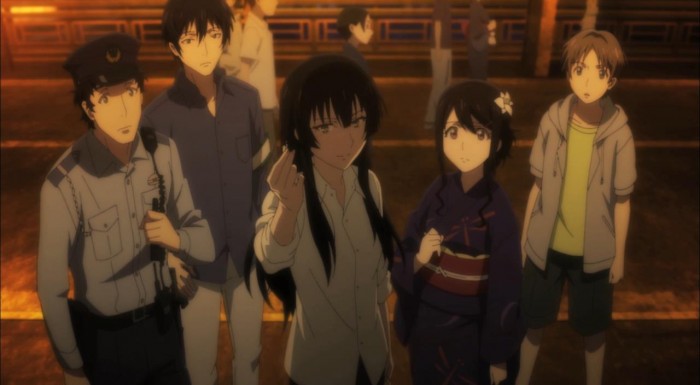 Sometimes, its the journey of getting to the destination that matters, rather than the destination itself. This week’s Sakurako-san beautifully demonstrated that concept, and did so without even relying on its primary duo. It continued to leverage its strengths, and the result was a story that felt self contained, fresh, different and yet very much in tune with what the series has given us so far. I find myself liking Sakurako-san each week, but the fact that the reasons vary so much each week, is what makes it a personal favorite. 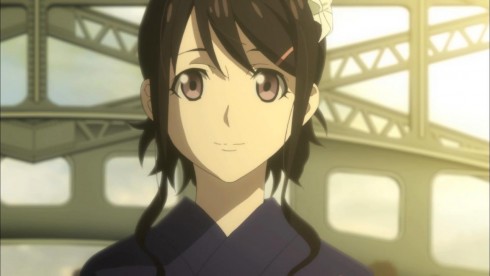 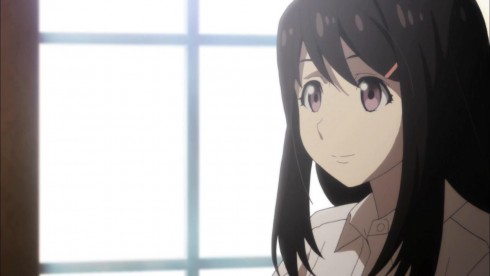 This week had the focus on Yuriko again, and pretty much passed the mantle of protagonist to her (for the episode). That was a surprising and particularly bold move. It was also a rather welcome one. Since the start of the season, we’ve had Shoutarou kind of act as the narrator and protagonist of what is decidedly Sakurako’s story but… All of that changed this week. Shoutarou and Sakurako felt like they made more of a cameo appearance rather than act as the show’s primary protagonists, and instead we had the equally odd and endearing combination of Yuriko and Isozaki (The Teacher we briefly met in the premiere) take center stage.

Before people start buzzing about another potentially age gap driven romantic pairing, I’m glad to state that the show largely avoided making that particular thing a pattern. Yuriko and the Isozaki played off of each other nicely, and had a good dynamic going, but it was remarkably different from Shoutarou and Sakurako’s, and that contrast was just fascinating to watch this week. 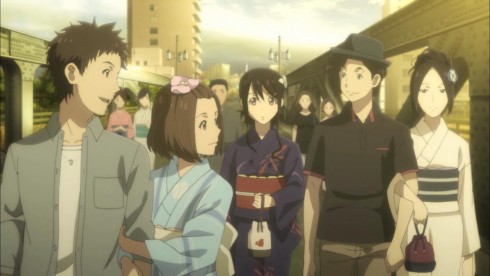 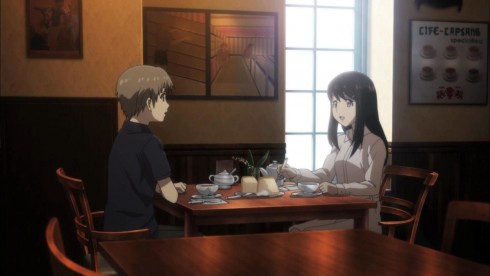 It also clued us into the fact that there is very much a story beyond just Shoutarou and Sakurako, and that the so called supporting characters, have their own stories and struggles to go through. Even more so than before, I almost started viewing Yuriko as a main character in her own right, and honestly… One that I could relate to a lot more.

Everything was really different this week though, and not just because we had a different character duo taking center stage. The most amazing plot twist, in my mind, was the simple fact that the big mystery of the week, wasn’t really much of a tragedy at all. 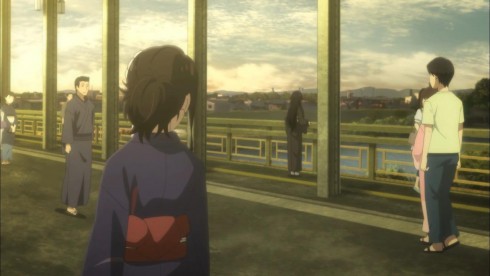 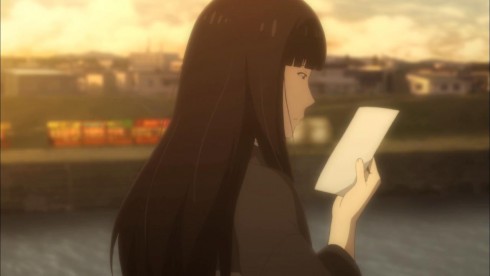 Yuriko encountered a woman that she THOUGHT was about commit suicide, and her first instinct was to try and save this woman. There was even a good old sucide note that read “forgive me for going to him” and wedding ring, that was left behind even after the woman herself disappeared. Right there… There were already differences from the norm, this early in the game. 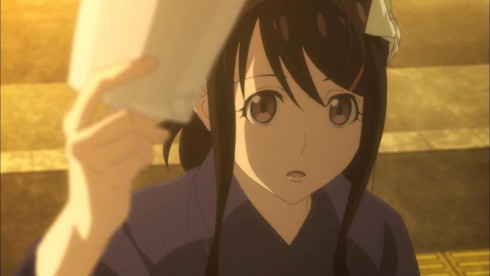 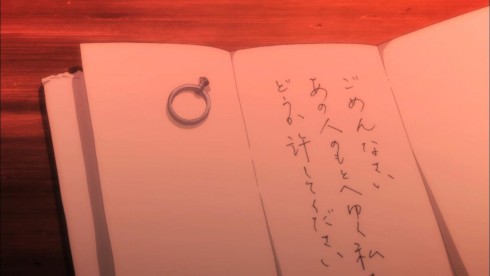 Unlike Sakurako and Shoutarou’s adventures, that often focus on mysteries after someone’s death, this story was more about preventing a random stranger from killing themselves. In essence, a story that’s both different and yet in line with what we’ve seen from the show thus far. Its also… Kind of impressive how many different angles and directions the show seems to use to attack the same core subject matter; death and how it affects those left behind.

I suspect, that “being left behind” is the common thread that ties all of our primary characters together. Sakurako, Shoutarou, Utsumi, Yuriko and even our latest addition Isozaki, all of them have had to deal with death, and its left them changed forever. Isozaki, for the most part, seems to have taken it the worst, and has emerged a cynical, twisted and selfish individual. 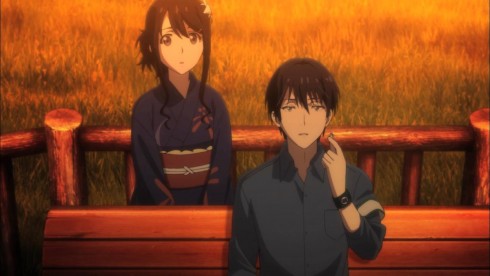 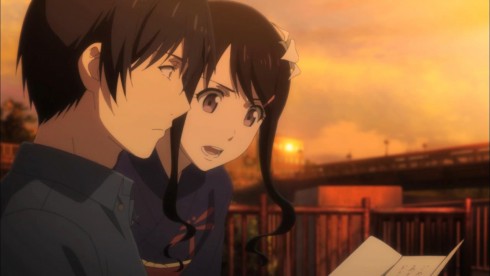 I admit, The Isozaki/Yuriko duo this week had me thinking a lot about Subete Ga F ni Naru (The Perfect Insider), because it more or less took the central idea from that show and almost retrofitted it into its own universe. I say that in jest, of course, because there’s no way that the two shows were not written in complete isolation from one another. Yet… Its hard NOT to draw comparisons when such a HUGE parallel just presents itself.

I can’t comment on whether its fair to compare this week’s Sakurako-san with the Perfect Insider, because they are very different shows. What I do know, and what I do want to say, however, is that I still like Sakurako-san’s approach to the subject matter better. 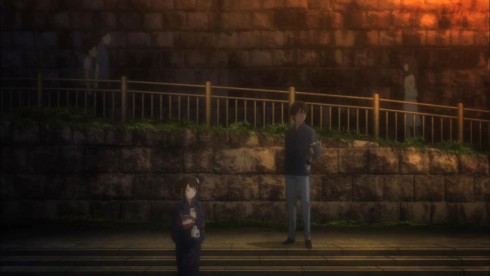 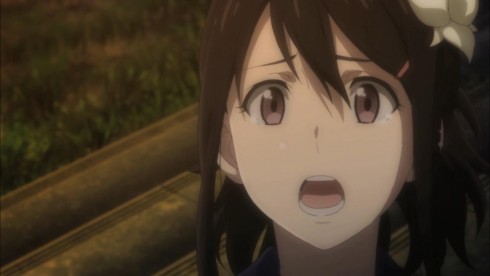 Yuriko’s argument with Isozaki, about life, about death, about choice and our own agency, was powerful and interesting, despite the Sensei being about as annoying as a certain other character in the other show I just referenced. See, the thing is, though… Despite his jerk-like attitude, I could tell, I could see, a man that had been left scarred and twisted by SOMETHING.

Its never revealed why Isozaki is the way he is, but when he does tell Yuriko about the stress of taking on the responsibility of someone’s life, and the stress that puts on you, it almost felt like he spoke from experience. It felt like there was more to that story, and there was more to WHY he behaved in the cold, selfish and “None of my business” way that he did. 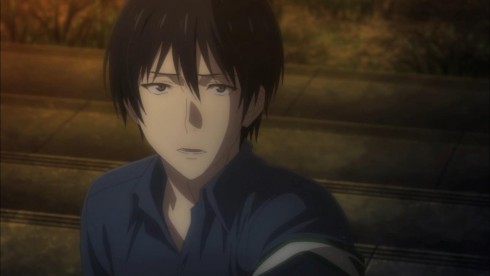 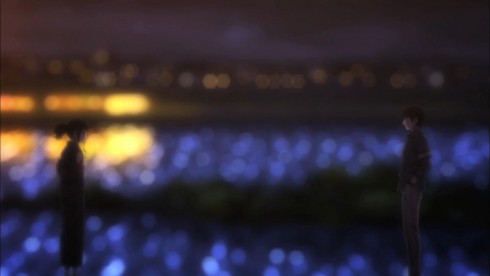 Yuriko’s earnest desire to save someone from omitting a grave mistake, and Isozaki’s opinion that said woman should be allowed to make that mistake were interesting counter views. I also really enjoyed how the plot actively forced Yuriko to deal with the issue at hand herself, rather than rely on Sakurako or Shoutarou to come in and save the day. It was almost comical, how much the plot was basically making sure Sakurako and Shoutarou stayed out of the issue for as long as they did. 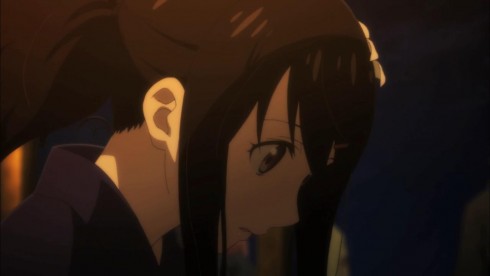 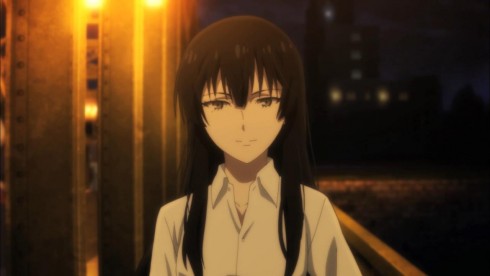 I kept expecting Sakurako and Shoutarou to kind of run into Yuriko’s little quest to find the suicidal woman, and was completely taken a back by how the show constantly refused to give in. And even when it did, there was enough of a nice solid twist, to keep things from being too predictable.

See, when Sakurako did “by chance” run into Yuriko, and then join up with Shoutarou (with a hilarious Lost child joke I might add)…. The actual conclusion we got for the mystery of the week was surprising. As Sakurako jumped in the last few minutes to “solve” the mystery, we saw just how wrong and pointless Yuriko and Isozaki’s little spat really was (or wasn’t?). 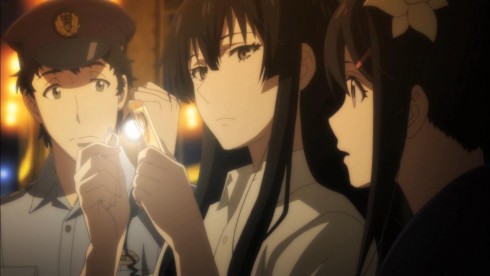 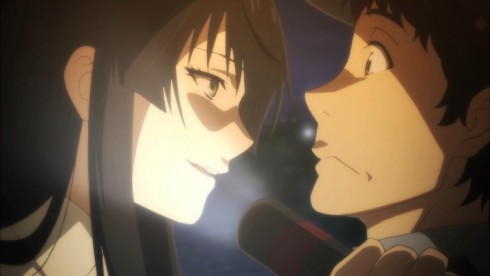 See, the woman had never been planning on committing suicide, she was actually saying good bye to a lost loved one and moving on. The ring in question was actually a synthetic diamond made from someone’s bones, and a sort of “mourning” jewel. I admit, I did have to suspend my disbelief a bit here, as I don’t think anyone could quite afford to have a synthetic diamond made from someone else’s bones, nor did I believe the show when it laid out the rather pathetic excuse of “Its common in the west”. Plus, I have no idea how Sakurako could just TELL from the diamond that it had been created from human bones.

Those logic issues were actually easy to kind of slide away in a corner though, because the core idea was more about whether Yuriko’s efforts mattered or not. In the end, I agreed with Yuriko in that I was glad that she tried as hard as she did, and wanted to help another person that she thought was going to die. I also liked that she was wrong about her conclusion, but the struggle and the noble nature of her efforts were hardly in vain. 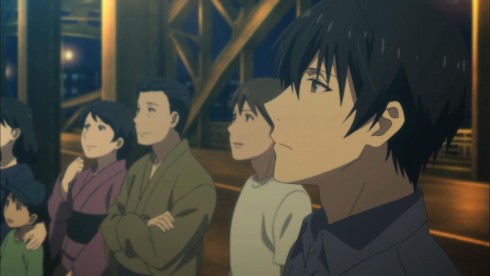 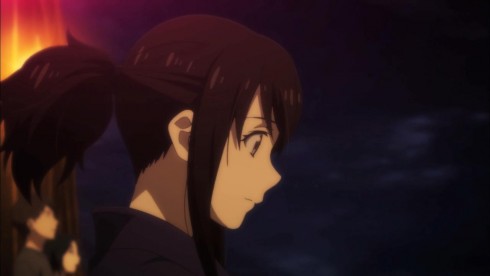 From a storytelling stand point, it told us a lot about Yuriko. In any other kind of story, maybe even in real life, Yuriko would be the kind of girl that someone like Shoutarou would be dying to date. Hell, I’d even go as far as to say he would be dating her, and she would be a normal, pretty girl that would have the standard normal life. But Thankfully, Yuriko isn’t normal, she’s lonely, she’s struggling with the fact that the guy she likes is interested in someone else, some that she truly respects. And I like that Yuriko is the kind of person who’s confident enough in herself to focus on becoming a stable adult and person first, before rushing into a relationship.

And after the 24 minutes of the episode are done and over with, I think we wind up with an episode that really does highlight the show’s strengths. There’s that twist on the familiar tried and true mystery stories, and then there’s the bold move of having a side character take charge of the story following an episode that focused on building up the series’ core conflict. 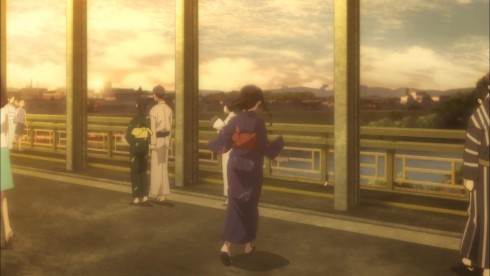 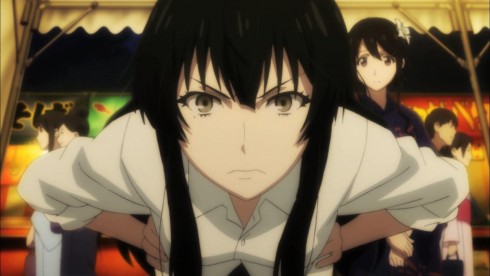 If nothing else, this episode gave me the most eerie feeling of realism I’ve seen from a mystery show yet. The false positive mystery story, feels like something that could very well happen in real life. It had the power to make this episode feel like “another odd day in the world of Sakurako-san”, something that truly did ground the show. And… The fact that the show was able to put such an interesting spin on an idea like that, and make it look so darn easy, is praise worthy.

Speaking of praise worthy, its almost always easy to take for granted just how BEAUTIFUL this show is. Man, every week, the colors, the art direction, the visuals, they just ooze beauty and splendor. Every scene feels so alive and filled with atmosphere. The fact that there are just moments where my jaw just drops from the awesome on screen, is just… Impressive. 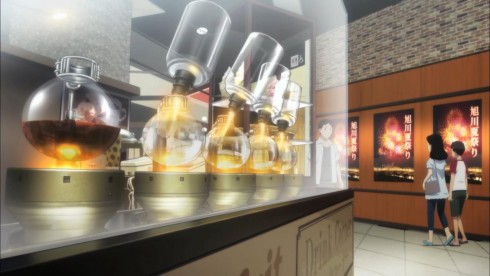 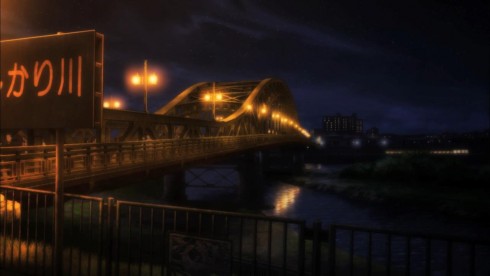 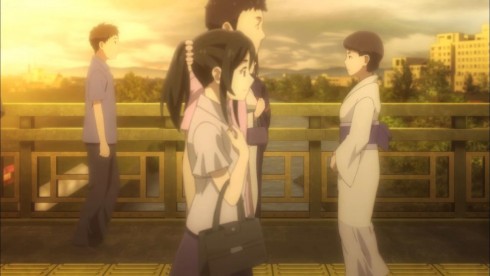 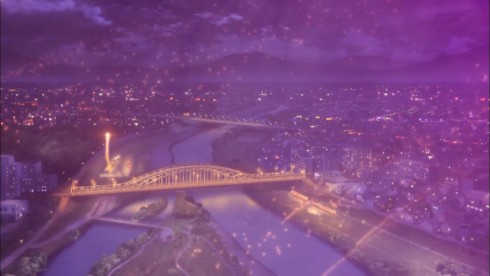 And lest I forget to emphasize it yet again, the story had that same “human” element, that tender feeling of pain laced with general optimism, that is something completely unique to this particular show. After last week, I’m glad we got another solid and impressive episode that more than matched what we got from the second story arc from of the series. I just want more of this balance, this brilliance every week. If Sakurako-san no Ashimoto ni wa Shitai ga Umatteiru can pull that off, then it’s a smashing success in my eyes.