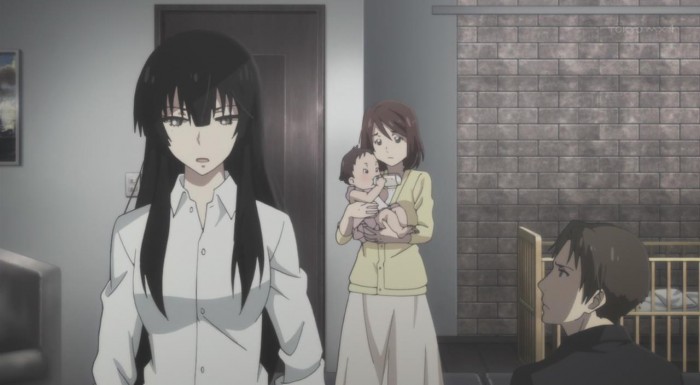 Sometimes the finish doesn’t quite live up to the hype from the build up. Part two of “The Cursed Man” resolved on a predictable note, but was still none the less a decent, and intriguing finish to a story arc that ended up falling just short of being great. 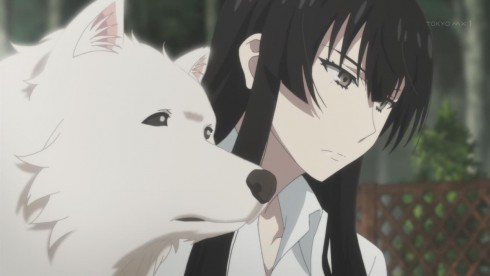 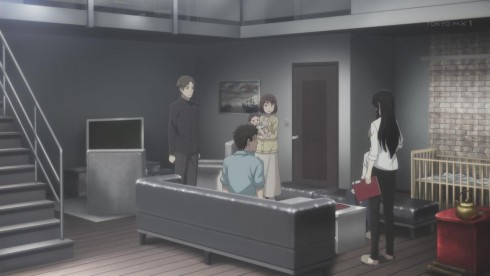 A lot of shows are guilty of this, but I think Sakurako-san definitely relies on its characters and the human touch to its story, and use those elements to make up for an otherwise fairly standard and even generic story at times. Some people guessed last week that Fujioka was very much trying to get himself killed and try to leave a lot of money for his family, and that turned out to be pretty correct.

I guess, in a way, the stellar part one really worked against this episode. The build up, the tension, the atmosphere, everything seemed like it was building towards something more. Added to that, the show has had a history of throwing some nice twists and curve balls, particularly in its second episode so… I suppose I was expecting too much. 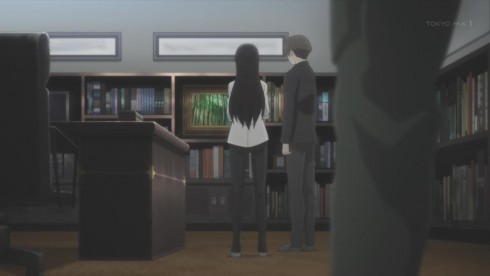 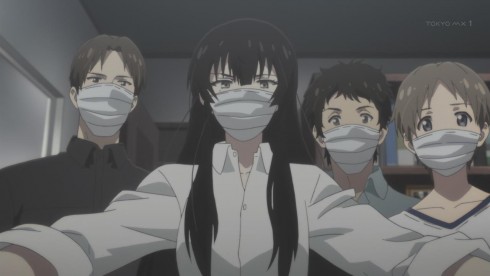 In the end, it turned out that the big mystery was that the cursed painting actually had toxic chemicals in it, and combined with a particular mold, was exuding toxic gas. I will say this, I was pretty impressed with just how much of a scientist and how knowledgeable Sakurako herself was regarding a variety of subjects. Chemistry, Biology, Psychology, she’s got a pretty scholarly knowledge of all of them. I suppose that’s one of the reasons why she’s such a genius, and so highly regarded by so many, including Shoutarou.

Beyond just her knowledge and intelligence though, its Sakurako’s care for others that I think really makes her such a likable lead. Her relationship with Shotarou not withstanding, make no mistake, this is totally her story. So much so, that solving the mystery of the painting, and later Fujioka’s plan to kill himself, was more or less setup for a larger story. 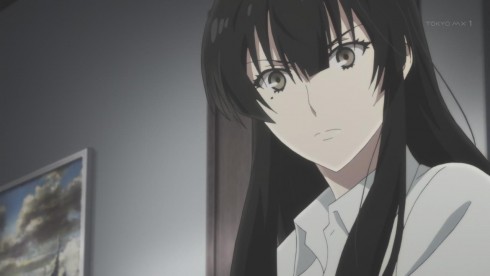 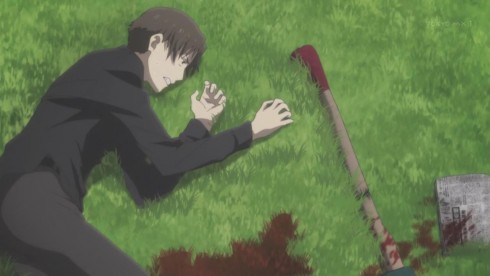 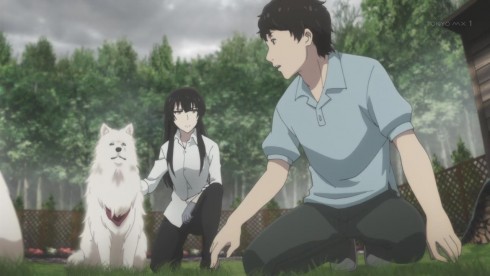 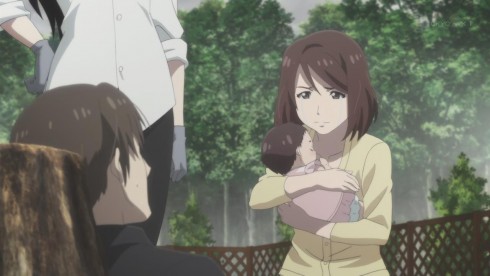 Fujioka ends up trying to ice himself by chopping up his own leg, and nearly dies of blood loss. Thankfully, Sakurako realizes that there’s something off about the guy beyond the painting, and gets to him in time. They end up calling an ambulance, and Sakurako is able to stop the bleeding long enough for the aid to arrive.

There’s only wrinkle in this scenario, and its an important one. Remember the car that was parked illegally as Sakurako and co were heading up to Fujioka’s house? That little detail was fairly important. I think that’s one of the hallmarks of a mystery show, in that it can throw in minute things that can be important later. I actually missed on touching upon this, but the car ends up blocking the Ambulance, and in the end Utsumi has to rush Fujioka to the ambulance in order to save the day. 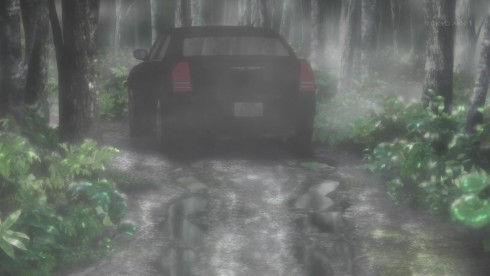 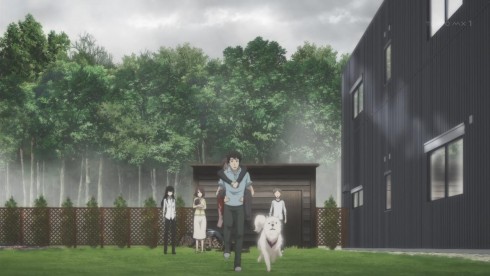 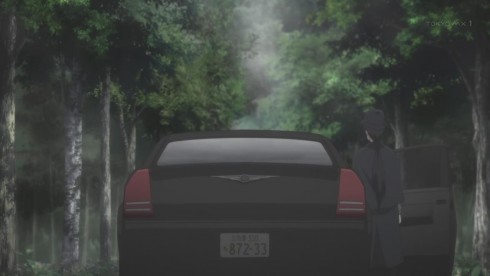 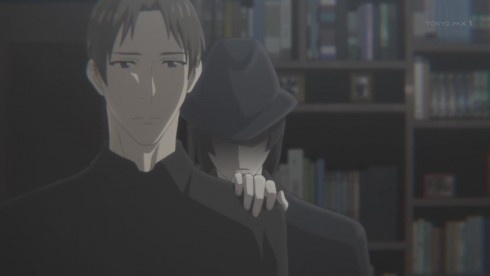 Why is this important? Because the man who actually emerges from the car, is the stranger that Fujioka was talking to earlier. The same stranger that we see in a flashback, as the painting appraiser. This Painting Appraiser also suggested to Fujioka that he not only hang the cursed painting himself, but expose his wife and child to it as well. Its also pretty heavily implied that this stranger, is the reason for Fujioka’s suicide attempt, and the culprit behind this particular case.

Whats interesting about this stranger, is that it seems he and Sakurako are not only polar opposites, but enemies. The last scene of the episode, is where he get the best hints of this. It seems that the stranger is somehow responsible for Sakurako’s brother’s death, or at least involved in it. Adding fuel to the mystery is Sakurako’s big declaration of Fujioka not understanding the feelings of those that “are left behind”. 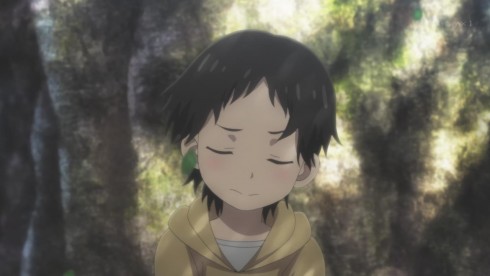 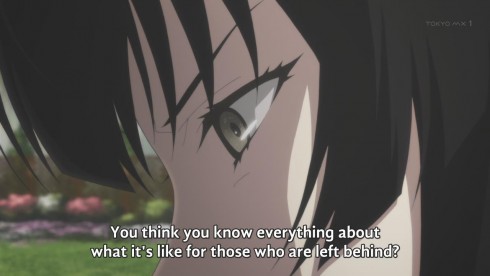 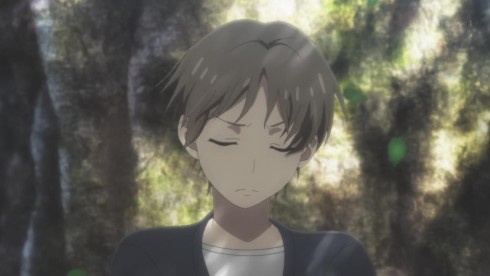 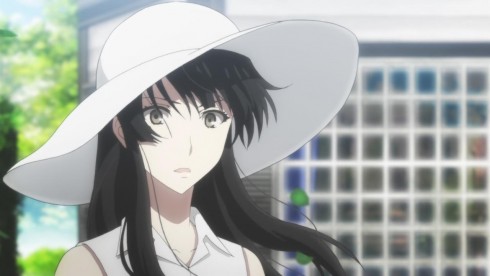 Was Sakurako’s little brother driven to suicide? That’d be dark indeed, if that were the case. It also sets up the stranger as a pretty despicable villain. And while we can’t be sure of whether that is indeed true, what we do know is that this guy is every bit as smart as Sakurako, but with none of her humanity or kindness inside of him. It’ll be interesting to see what happens when we actually meet this guy, and how he and Sakurako clash in the series.

The one final thing I’d like to highlight, is the last scene itself. It was an outdoor Barbecue organized by none other than Sakurako’s own sister. What’s so cool and awesome about this little party, is that it has all the important characters we’ve seen thus far, all congregate and update us on their situation. We see that Ai-chan, the unfortunate victim from episode 2, is now doing well, and with relatives. We see Yuriko again as well, doing much better. But most importantly of all, we see that Hector is now Sakurako’s dog, and a welcome addition to the cast. Rounding out the social circle is Shoutarou himself, Utsumi (who brings glad tidings of the Fujioka family) and the old lady that takes care of Sakurako’s house. 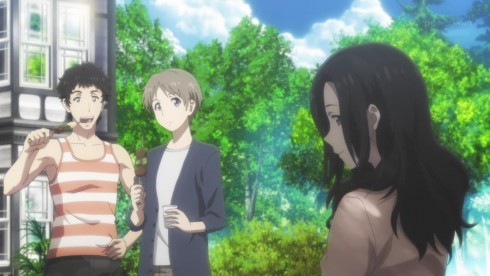 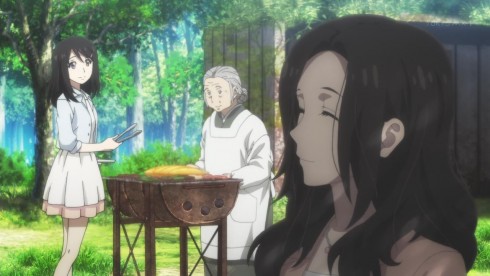 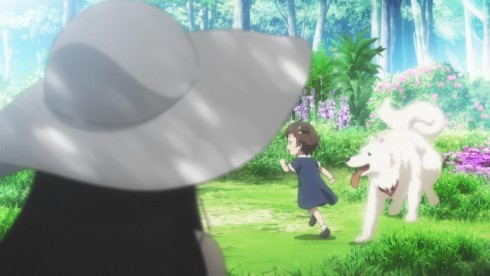 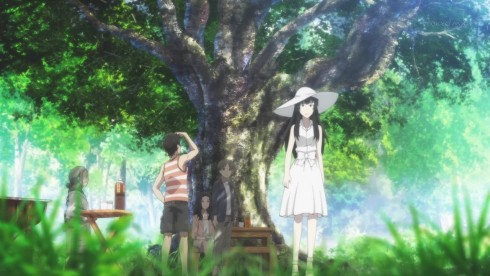 Again, one of the things that makes this show so wonderful is its characters. Beyond the main pair even, there’s a solid cast of supporting characters forming, and I think that only makes the series more endearing and lovable as a result.

At the end of our first multi-part story, I’d say Sakurako-san under-performed a tad bit. Its clear that the focus was less on providing a stand alone mystery, and more so on creating a much bigger, overarching problem for our main duo to handle later on. Even when this show under performs though, it only does so because my personal expectations for the show are so darn high. Even if we get episodes and stories on the same level as this episode, its still a win in my book. This show continues to stand out as my personal favorite of the season, and doesn’t seem like it’ll be giving up that mantle any time soon. I wouldn’t have it any other way.