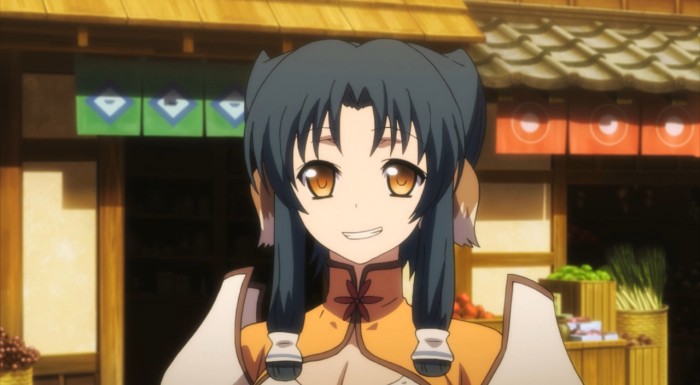 This is an episode that kind of leaves you with a mixed impression. The episode itself was solid in my view. It introduces some new characters to the cast, shows Haku’s assimilating of the local language and sets some things up. But….it also leaves you with a “and so?” feeling. We’re still just adding members to the main cast and building things up a bit, but it doesn’t feel like anything has happened yet. I hate to compare to the original show since it is a sequel….but it didn’t take 5 episodes for the plot to really pick up. Things happened pretty darn quickly. But since they reached the capital things have been pretty stagnant. Just a feeling of “can we get going already?” There are enough hints that things are going to happen, but I’m kind of ready for the story to move to the next phase. We can introduce more characters that kind of fall into a pseudo-harem for Haku (cause really it’s Haku and Kuon, there isn’t any mystery there), but we could also just have something big happen in the story. So far it’s just slow and steady. I’m not asking for action for the sake of action…..but there is going to be some right? The OP wasn’t lying to us was it? 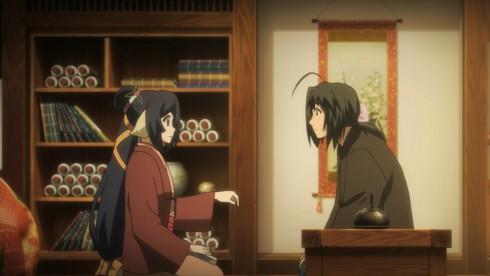 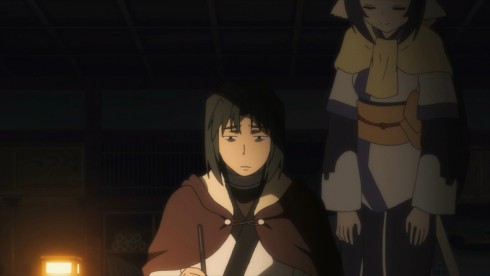 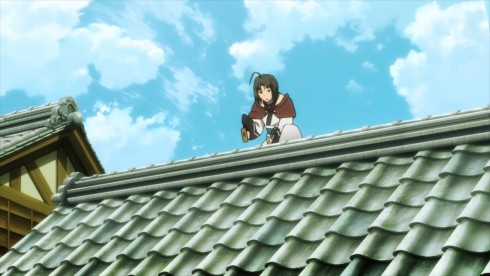 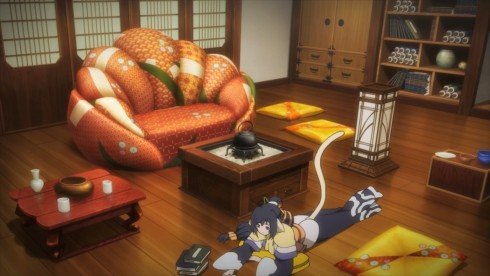 Anyways….back to the episode itself. Things continued to move forward though not too quickly. Haku got a better handle on reading and writing the language, but it wasn’t just over night. It took a few days to get through those materials. But, getting through them at that speed and getting answers right shows that he really is exceptionally smart. Almost a shame to have him going around doing minor jobs and repair work. But, it is helping the people in the city which isn’t a bad thing. Plus it might help get Haku some exercise. He’s never going to be that strong a person, but it couldn’t hurt having the chance to improve his stamina a bit.

It was a tough couple of days for Haku though. Working during the day, working at night as well on his reading and writing. That’s just a tough combo. Plus he constantly had someone overseeing him during those nights. Whether it was Kuon basically keeping an eye on him, Rurutie guilting him into continuing to work through her expectations, and Nekone actually adding to his work with more materials XD. At least he finally got a break right when he was reaching his limit. A good bit of timing for Kuon who probably realized there is only so far you can push someone before they’ll break. Also shows that for the moment there really is just a calm kind of friend relationship with Kuon and Haku right now. She didn’t feel any need to go out there with him and he didn’t feel bothered by going around by himself either. Even when once again the relationship question was tossed at them this time by Atui there wasn’t more thank a blank look of “huh” given in response. 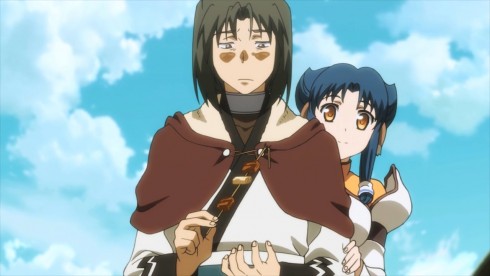 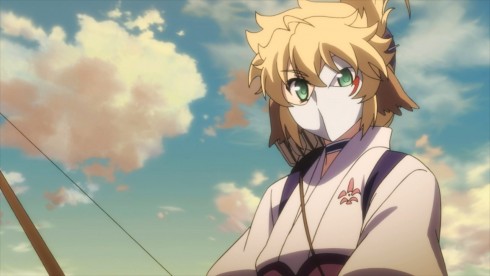 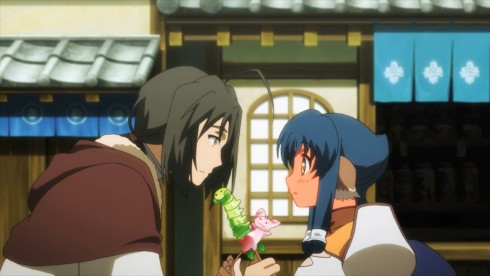 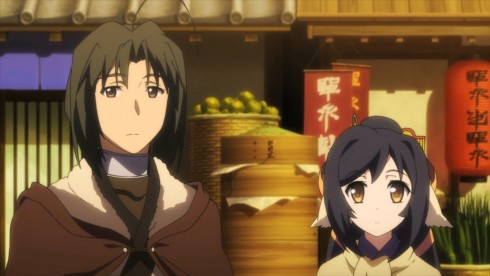 Of course a good chunk of the episode was about introducing Atui and having her run around with Haku for an episode. Certainly a troublesome princess. Obsessed with finding a burning love so she runs out into the capital. Certainly a silly character that you can’t help but sigh at. At least she doesn’t have bad intentions and isn’t that big a handful to actually deal with. In the end Haku couldn’t really leave someone that foolish by herself and was kind enough to spend some time with her. Even after it cost him his hard earned meal. I suppose one memorable aspect to her character is that she is the type that likes to dream about things, but when things get a bit real and up close….she gets embarrassed.

What a crazy hunt to track the girl down though. I’m going to guess that Kiuru is just calling Oshutoru his ‘brother’ just from the perspective of a follower. That does come up in some shows as well. After all he wouldn’t be calling Nekone “san” if she was a sibling XD. Definitely didn’t go smoothly having this guy tracking down Atui. Mostly since she didn’t know who he was and the guy was just plain suspicious. Not exactly a good way to lay low that’s for sure. It did look good for Haku to have those suspicions and not just hand off this girl who is a bit naive over to some random individual. In the end everything worked out. Kiuru joins the group and in a sense so does Atui who is ‘moving in’ next door. It’s a solid bit of setup for the future.

That inn also is a pretty interesting setup especially for fans of the original show. I would agree with what others have said in that the owner is probably someone we know. Though will wait and see for the next episode since the owner is the titled character in it. Will be able to confirm suspicions at that point without spoiling anything. Also geeze…I know Kuon likes baths and isn’t adverse to work….but does she have a good read on the proper spending of money? They aren’t making that much cash during those odd jobs to support living like that. I’m not sure how much rent the money Ukon gave qualifies as, but they could be living back in a shabby inn soon if things don’t continue going well with their sponsor XD. 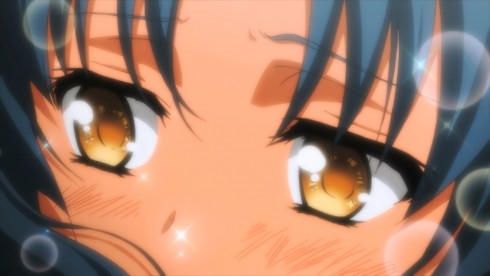 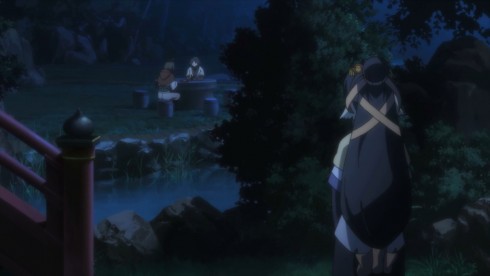 In the end the episode itself wasn’t that bad. In some ways I liked it a bit more than the previous one. But….I’m still kind of waiting for the plot to kick into gear. We are setting up the cast which is fine, a bit of world building, but at some point…..something has to happen here. It can’t just continue as Haku’s small little life in the capital forever. I’m ready to move forward a bit. The next episode sadly doesn’t sound like anything big is going to happen, but can hope for surprises.
Score: B