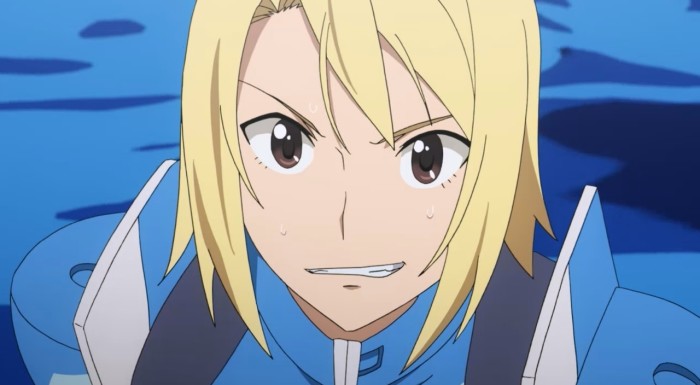 Another Object bites the dust. Of course the one thing that got to me this episode was….that I wasn’t quite sure how the heroes won XD. I’m not sure the show did a great job making it easy to understand just what the heck happened there. Your first presumption was that the bombs damaged the shark keels, but that was clearly not the case by what Qwenthur was saying. So my only guess was that Qwenthur blew up the mines that weren’t already wrapped around the Object. That making the part of that massive net that wasn’t already wrapped around the Object to well wrap around another one of those shark fins. Then…I guess that destabilized the Object’s ability to move and stabilize itself. Then the Princess attack started the thing rocking and it couldn’t stop itself. All the energy that is created by it staying balanced on the ocean couldn’t be controlled and it ripped the Object apart. That is my guess at what happened. It may even be right, but I think it would have been nice if the win was as clear as the one in Alaska. In that case there was no doubt what Qwenthur did and how it triggered that self-destruct. Here….you kind of have to step back for a moment. Or at least it wasn’t immediately clear to me. 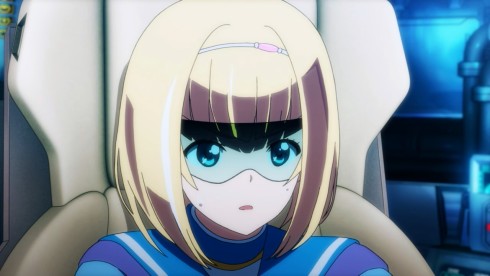 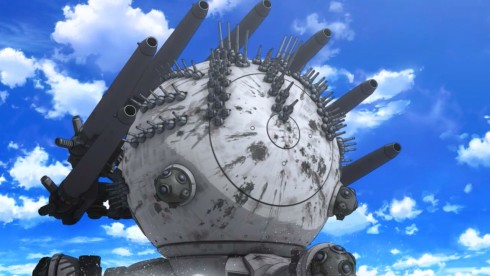 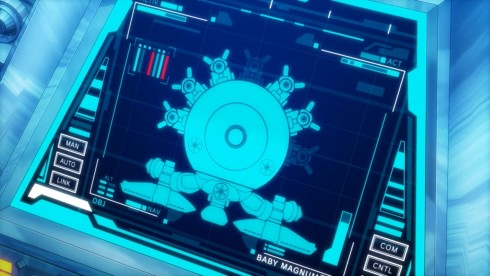 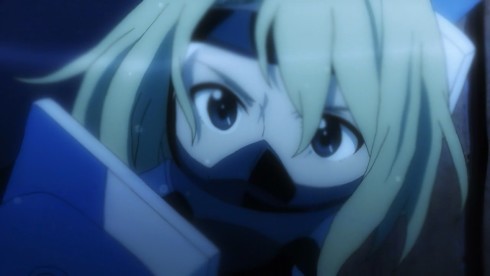 Regardless a takeaway from this episode is that Qwenthur’s life sucks. Havia and Qwenthur are basically in a lose/lose/lose scenario here. If they win the fight then they are going to be thrown at yet another Object. If they don’t fight then the Princess will probably die and Qwenthur can’t stand that. If they lose the fight, well then they die. The easiest way out of their mess would be to sacrifice the Princess and just let her perish. They stop being thrown into this mess and maybe get to go home. But Qwenthur can’t let that happen. He may be all goofy when it comes to the peeking he got on Frolaytia, but he does at the very least care what happens to the Princess.

The guy can’t help but rush to assist her when she clearly isn’t in a good situation. Plus you can see from the smiles that both of them are enjoying their conversations here so just stepping away just doesn’t work. Maybe Qwenthur could at the moment pull away if he was allowed to leave the military and wasn’t there. But when she’s in danger right in front of him….he can’t just walk away. Thus he and Havia are left trying to figure out how to win each difficult fight. 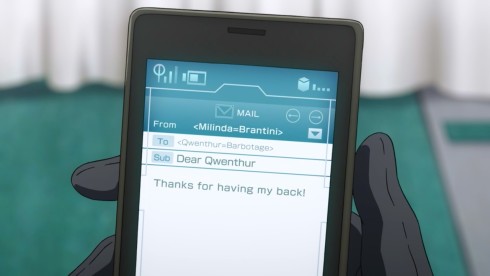 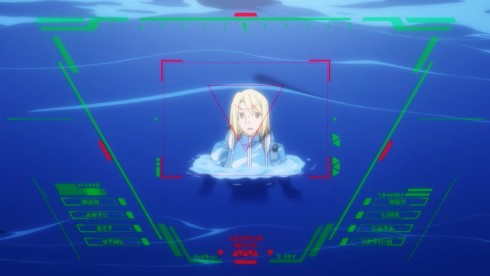 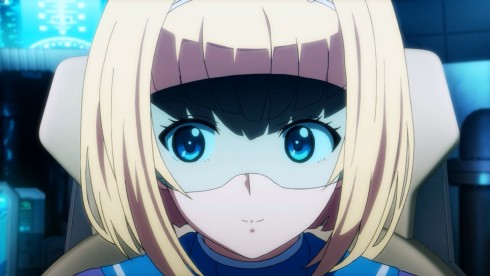 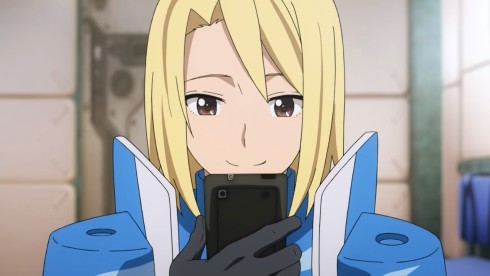 Though they did manage to pull it off. When Qwenthur is pushed into a corner the guy can really work hard to figure out a solution. Though I suppose the key was that it was a group effort to this point. The Princess showing up and launching her attacks created not only the chance to find the weak point, but for it to stand out. If the Tri-Core was allowed to just blast through the defenses it wouldn’t have had to move in a way that would give away any weakness.

Though the hero role really was Qwenthur this time. Havia wasn’t really that involved. He mostly just gave Qwenthur a helpful push and throwing him a ride that would let him get closer to the Object. I can’t really blame Havia for thinking there was no point in trying any further. They had pushed themselves so darn hard and found nothing of note. They blew up what they could and it did nothing. But he knew at least that once Qwenthur had it in his mind to save the Princess there was nothing to do but help him out. 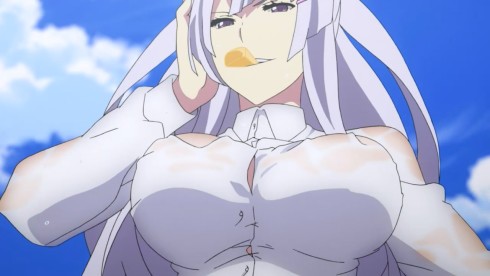 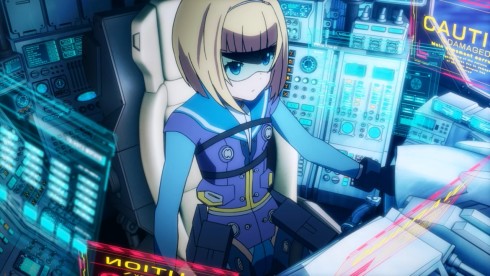 In a sense there isn’t that much to say about this one. The guys got picked up by a helicopter and the Princess took over the fight, but only to the point that it was clear she wasn’t going to win. Qwenthur and Havia get burned pretty bad here. They do so much and because of their efforts they have been shuffled onto the next troublesome situation. They really are now in a devastating situation. They can either give up and not try, or they can keep on winning and basically be punished for that. Still, I’m obviously glad they got involved. Once again the show has some fanservice, but actually done for comedy well this time. The guys got plenty of looks, but it wasn’t like they had to do something stupid plot wise this time. No weird belt malfunctions. In the end I enjoyed the episode. Seeing the Objects blast away at each other was nice, got to learn a bit more about how the weapons work, and Qwenthur went all Don Quixote on that Object XD. A good time overall.
Score: A-