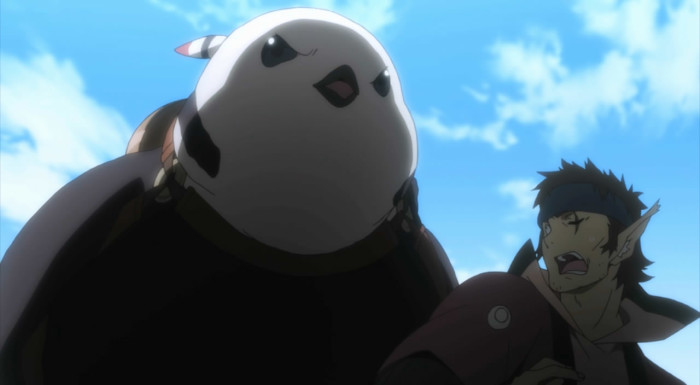 Lesson of the day, don’t mess with Kokopo. When that bird gets angry even bandits aren’t going to be safe from her wrath. Goes to show that Haku’s luck is as important to his being alive right now as is his brains, maybe even more so. He plain lucked out that he ran into Kokopo and Rurutie and the fact that he mistook Rurutie’s voice as if it was coming from Kokopo. I can’t even blame him really, everything in that world is plain odd to him without any memory so it’s entirely plausible that large birds actually do talk. Of course it was pretty obvious after a moment that it was someone behind the bird, but it wasn’t all that bad an intro for the two characters. While I’m not going to say that Kokopo beasts out the badass animal companion in the original show, she is entertaining in her own way. 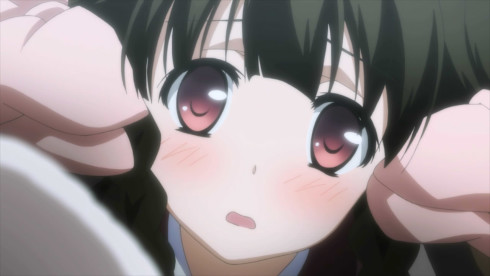 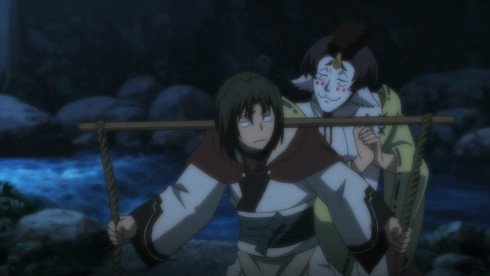 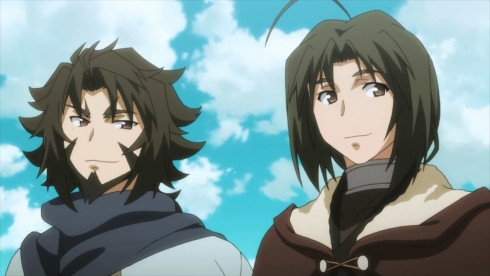 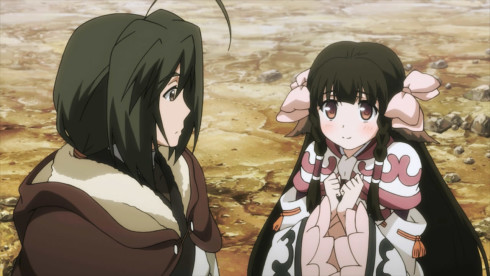 It wasn’t a bad episode really, the journey to the capital and the issues with the bandits taking up the majority of the episode. Obviously it wouldn’t be a quick hop and a jump straight over to the capital. It did let us get to know the extended cast a bit more, and overall I’m pretty positive on them. Rurutie is a cute enough princess, very nice and a pretty solid cook on top of it all. I suppose having her voice complimented did hit her pretty well though at points I’m not sure about what kind of interest she has in Haku. If she has fallen for him that’s pretty darn fast. While she did talk about the friendship between men I’m not sure I’ll throw any labels at her yet. She did seem more jealous by the trust that existed between Haku and Ukon. Though I don’t think it’s that she has any crush on Ukon since otherwise she probably be talking to him more XD.

Maybe the lowest point of the episode was Maroro. I’m still kind of on the level of not being bothered if he were to drop dead at some point…Comedy can be hit and miss and I’m just not feeling it with this guy. He’s just kind of annoying and his rivalry with Kokopo is actually kind of sad. I wish the bird would just beat down the noble and let us move on. I’m sure he’s not a terrible guy, but geeze. There wasn’t any point to taking him for the showdown with the boro-gigiri and I can’t see him being that important a character outside of comedy. Sure his magic is fine, but it’s really only effective if he’s protected and far away from the action. I just kind of hope his obsession with Haku won’t be that important going forward. 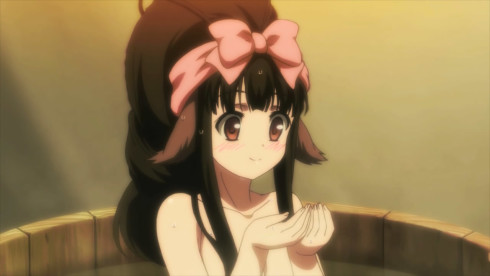 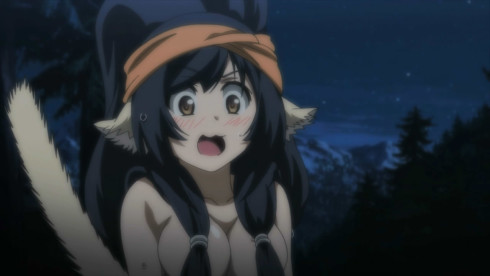 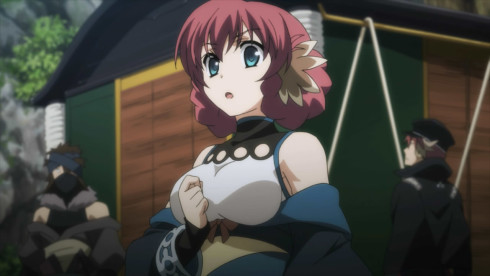 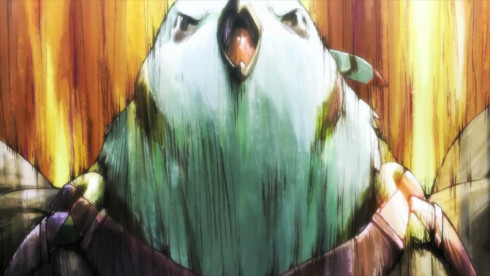 I suppose the highlight in terms of comedy for me was the whole bathing scene. With Haku showing up to see what the issue was, seeing plenty of Kuon and then leaving XD. You can’t even say anything bad about him since he didn’t flip out and frankly she peeked at him before anyways. A bit of payback embarrassment is probably fitting all things considered there XD. I do hope to see these two get closer as time goes on. They are a fun duo and a definite highlight of the show.

The bandit parts were fairly interesting. Mostly in terms of figuring out the whole setup with the female bandit. I presume she knew what was going on there and joined up with the other bandit for that reason. Nosuri gets to crush competition that she didn’t get along with. I don’t feel like she is actually part of the capital’s military or else she wouldn’t have had a good enough reputation for the other bandit to want to ally with her. Either way it worked out pretty well for everyone but that one bandit XD. 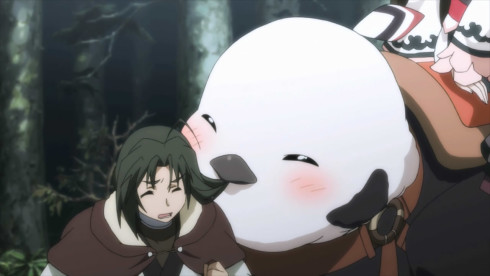 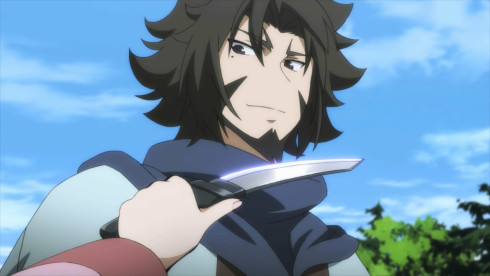 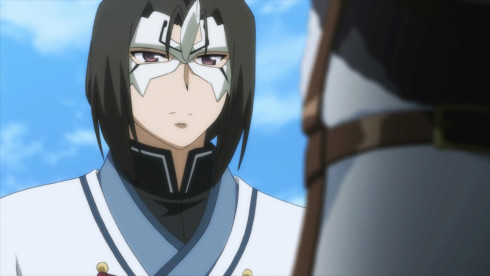 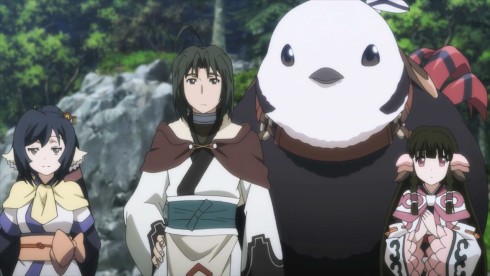 I kind of like how Haku responds to his current trust level with Ukon. It’s not that he fully trusts the guy, but he knows his capabilities. Thus he can speculate when the guy lets himself get captured and the likelihood of success when going after the bandits. He’s not crazy enough to completely trust someone he just met, but he’s rational about it.

Maybe the most interesting figure here was the masked Oshutoru. Obviously anyone who saw the first season would have an eye on a masked figure like this guy especially with his overall appearance being kind of similar to the lead of the previous season. I’m not sure how to read this guy. There wasn’t anything negative you could say from first glance, but I can’t imagine he’ll only be a general going forward. Seems like he had a bit too much focus in the OP for that, though who knows. 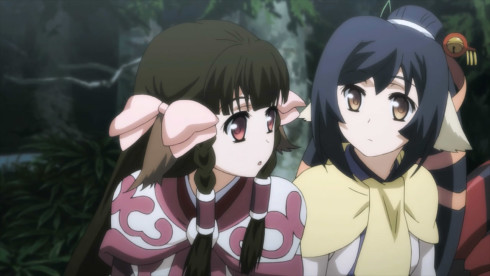 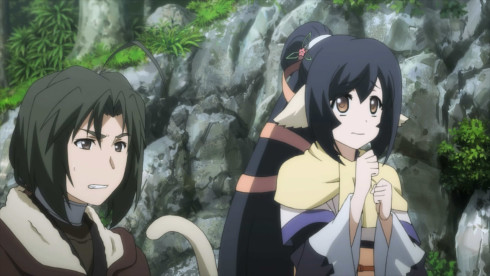 I wouldn’t say this is the strongest of the first three episodes, but it introduced a few characters and moved the cast to the capital. It should be interesting to see how events unfold going forward. I am curious about Oshutoru as a character and curious to see what we’ll find out about him. It’s going to be interesting since this isn’t an area that Kuon has been to before either, a capital much larger than the one she is from. Just that line alone does give me the impression that she has to be connected to one of the main cast of the original series. But, will save speculation for another time. We’re bound to find out more about Kuon as the show goes on. Should be a fun episode next week now that they are in the capital and Kuon will have to try and force Haku to get some kind of job XD.
Score: B+