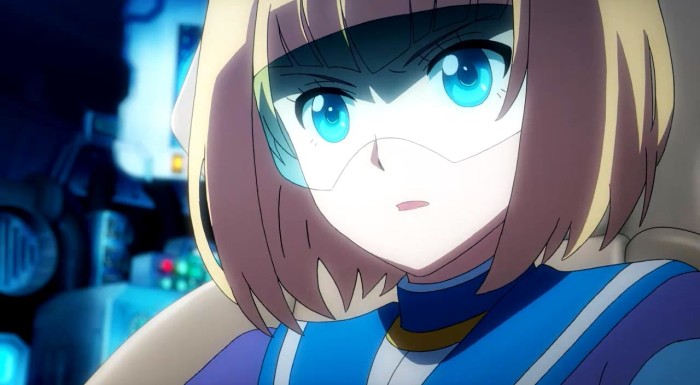 If the last episode focused on the perception of a clean war, then this episode smashed that perception for the main cast into pieces. In the end the point was made pretty clearly here. That kind of idea only works until it doesn’t. Once one side with all the advantages says “I’m going to kill the enemy” then everything just falls apart. Upon losing their one line of defense suddenly that entire base was helpless before the onslaught coming their way. A very serious and deadly wakeup call for everyone involved. Qwenthur went from someone casually studying objects to someone having to fight for his life or else die. I don’t think for anyone there being a soldier and the consequences of that had really sunk in due to the current state of the world. Suddenly they were left in a panic having to deal with the idea that the other side really didn’t care if they threw up a white flag or not. Either way they could do whatever they wanted and there was nothing the other side could do about it. 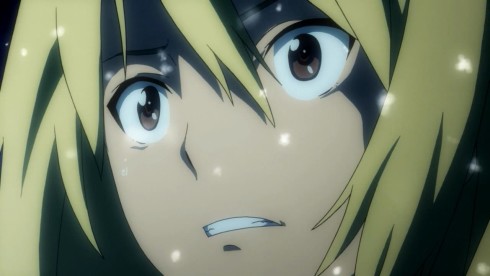 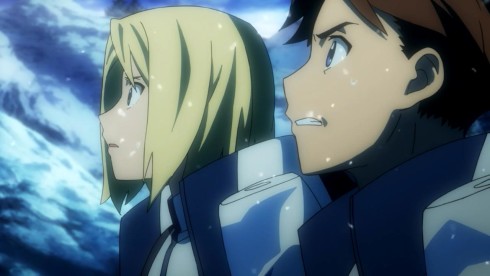 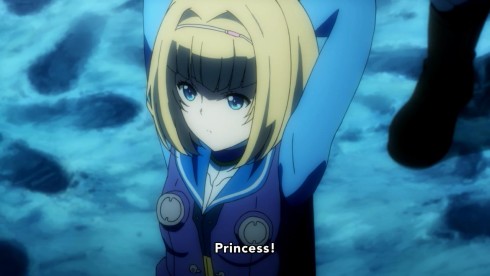 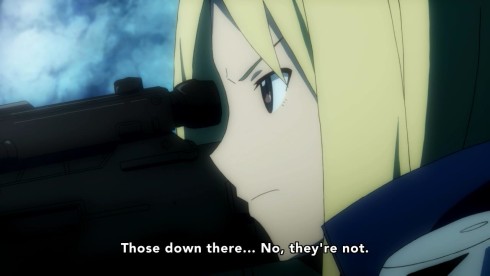 The interesting thing I thought was how quickly Qwenthur had to step up and make his decisions. He went from someone last episode who had the luxury of not being worried about the battles and just casually studying Objects to someone who was in the middle of a warzone. It’s interesting to see how fast he made his decisions and how extreme they were. The choice of whether to abandon the Princess who was basically sacrificing herself or try to save her. I suppose the issue of whether he would have been so adamant about doing something if she wasn’t a very cute girl will never be answered, but he still made his call. His arguments were hardly empty either. That Princess had been fighting basically by herself on the front lines all this time, keeping everyone safe to casually sit and drink a cup of tea while she battled for her very life. Sure you can throw the argument that front line troops aren’t on their own and are supported by mechanics, etc, but in the end she is the one fighting by herself against monsters like those Objects. After all that was it really right to abandon her? The other side already had given up on respecting the white flag and firing on retreating troops. The idea of what they’d do to her upon capture isn’t hard to imagine.

Not that the other parties involved made poor points. Havia had the very real point that if they could do something about that monster that’d be great, but they are fleshy humans on their own and have already been slaughtered to this point. Seeing the corpses around them is enough to understand reality here. It sounds nice to want to go off and save the girl, but at that point it would have been hard to imagine that as being remotely possible. Running away just sounds like such a good argument. After all can just go with what their superior said. Convince themselves that it is respecting her sacrifice, a sacrifice she made willingly to save their lives. Although of course Qwenthur couldn’t buy that and go along with it. 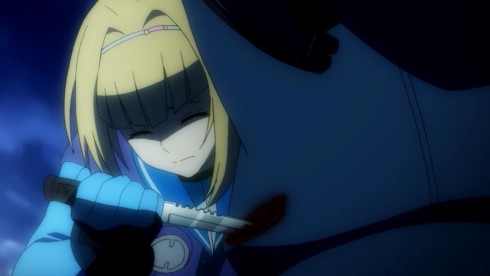 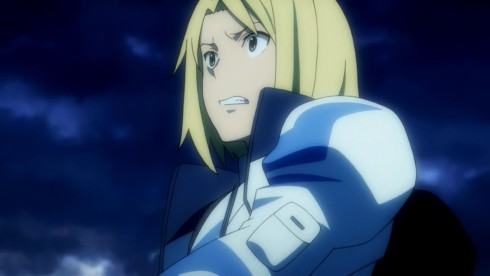 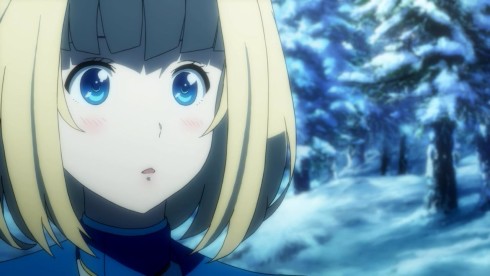 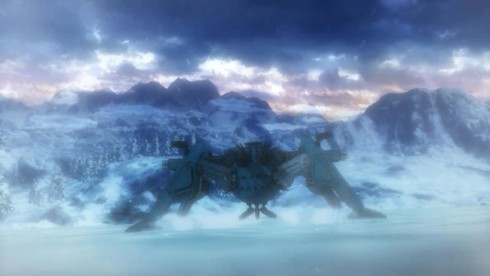 The second big dilemma for Qwenthur really was whether or not to fire that rifle. He is a student at the end of the day. Yes, this is a battlefield and yes killing is going on all over, but to cross the line and kill someone isn’t always the easiest thing to do. Now the soldiers on the other side made it a lot easier to cross that line, but Qwenthur still ended up crossing it himself. He still could have seen them as people, just really terrible people. Instead he made the conscious choice to dehumanize his enemy, treating them as something that wasn’t human. Sometimes that is necessary to survive in that kind of situation, but it is a serious choice to make. Fighting, taking lives, and just struggling to stay alive. He got pretty roughed up by that explosion so this was hardly an easy situation. Using that rifle that they basically were just using for hunting and remembering it is a weapon for killing others.

Maybe one of the more interesting moments in this one was when they had saved the Princess. In a sense it was a good time for all the unsavory stuff to come out. While it’s natural that soldiers might consider the Elite pilots to be arrogant or to get swept up because of how peaceful things are for them, there are issues for the pilots as well. They are facing those monsters on their own and it’s not surprising that the Princess would start looking down at the other soldiers even if she didn’t want to. Feeling that those people couldn’t do anything without her and that they are basically useless on their own. They aren’t pretty thoughts, but as Qwenthur pointed out….they aren’t exactly wrong. In the end it says more about the Princess that she felt like that and felt guilty about it. Better to feel guilty than just look down on others and not have any issue with it. She also fought pretty hard to secure her own safety as well. For someone who had been fighting inside of a safe Object it had to be a very difficult thing to suddenly be stabbing someone and fighting up close and personal. Especially after standing there for a while listening to these people talk about the horrible things they will do to you. 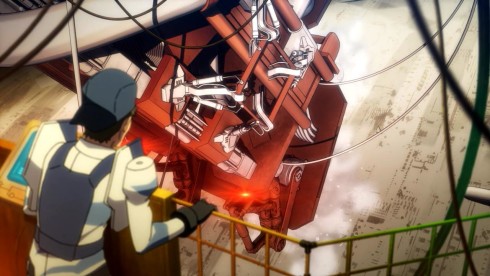 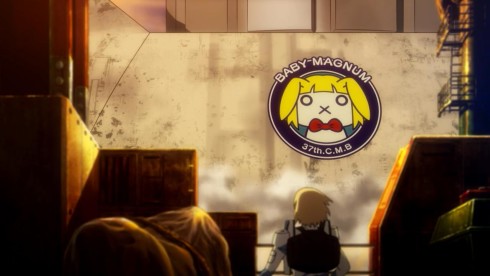 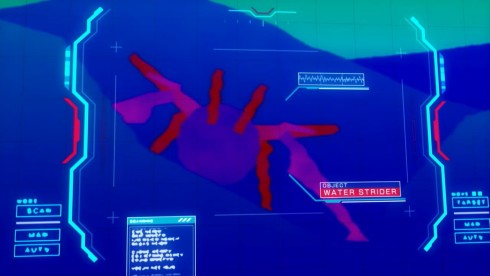 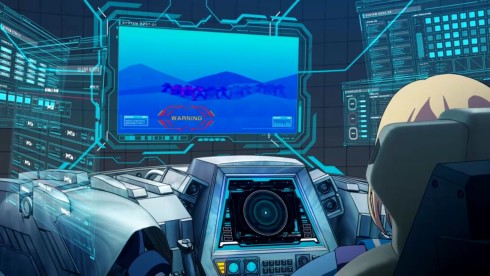 The showdown with the Objects wasn’t a long one, but it was pretty solid. It showed the issue that the Princess predicted herself. That a second generation would be tough to deal with if a battle was fought on a field that unit specialized on. She fought well with the Baby Magnum against that Water Strider. It was surprising to see how fast those things really moved. They are massive but battles between Objects are about speed and positioning as much as anything. If you get that advantage and the first clean shots…that might be enough to settle it. The key was that maneuverability of the Water Strider and the fact that the Princess was slowed down by having to try and disable the self-destruct on her unit.

Of course that self-destruct seems to be a key factor in what they are going to have to do. Havia, Qwenthur, and the Princess having to deal with that Object if they are going to survive this and not abandon their allies to be massacred. As far as I can tell they have basically two options if they want to win this. Force the Water Strider to self-destruct or outright highjack the Object. I suppose you could also combine those plans, but in the end you pick one or the other. As they know if you can just immobilize the Object that’s enough. The machine will self-destruct if the pilot can’t find a way to disable that function. So it’s not like they have to destroy something that unbelievably powerful. Those legs work great for the terrain, but you have to think there is a way to take advantage of the shaky nature of the Water Strider. Or they can figure out a way to get the Princess in there. Take out the pilot and you now have the powerful Object. That will be a win as well. Either way it’s an insanely dangerous and risky thing to try and do. These are massive monsters, it’s David vs Goliath here. But they don’t have a lot of choices. 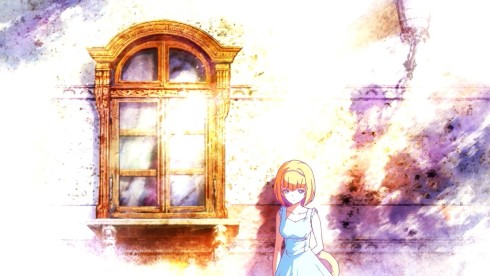 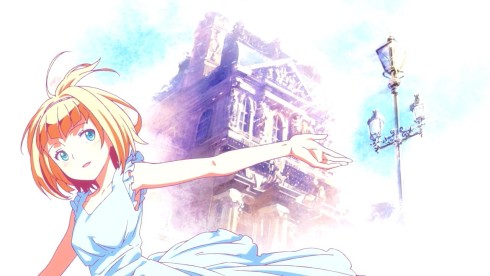 The ED was pretty solid. Of course a ton of focus on the Princess in lot of still shots. Though certainly a different feel having her out of that combat outfit and in more casual dress for some of the pictures. Also just nice to see such a happy expression on her face, actually smiling since she hasn’t had much reason to in the show proper to this point. Can make some guesses at the hand she is grabbing at the end of the ED, but regardless it was pretty solid. The song was comfortable and pretty enjoyable. I wouldn’t say it’s a great ED, but it isn’t a bad one by any stretch. 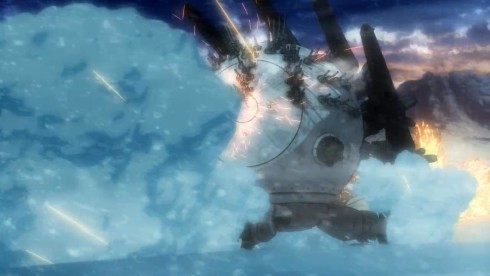 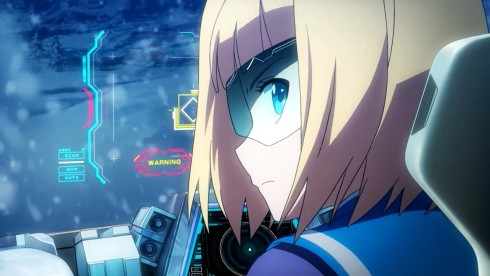 In the end I think this was a really strong second episode that pushed the story forward and gave us an idea of what is coming next. They’ll have to find some way to tackle that Object or no one is getting out of there alive. Of course doing that won’t be easy. They have the advantage that the enemy doesn’t seem eager to kill the Princess, but that’s about it. They’ll have to use all the brain power and expertise they have to stand a chance. And on that note I plan on sticking with Heavy Object until the end. I’ve enjoyed the start enough that I think it will be fun seeing how this show turns out. Be nice if I could cover everything this season, but at the very least can count on me with this show.
Score: A