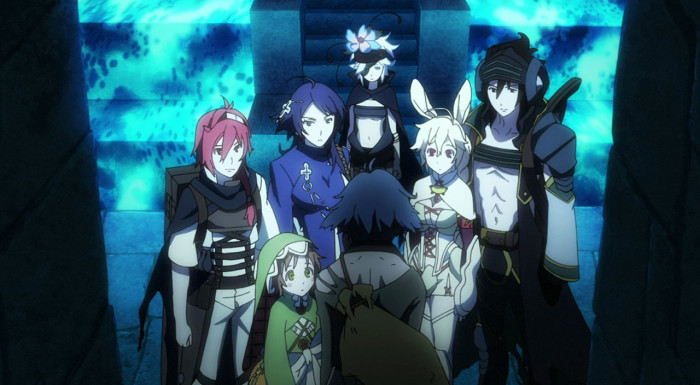 Before the summer 2015’s announced adaptations aired Rokka no Yuusha was one of the ones I was most curious about, primarily because, having read some of the light novel content, I was quite intrigued to see the studio adapting the material opting for an “Aztec’ish” look and setting for the story. After watching the first episode (which I thought was great) I continued following the series through to its end, and found myself pleasantly surprised by quite a few things, in particular the pace of the story that was adopted and the incredible VA work of Aoi Yuuki voicing Flamie, while being dismayed by a few others, in particular the cgi animation, which for me was mind numbingly bad. 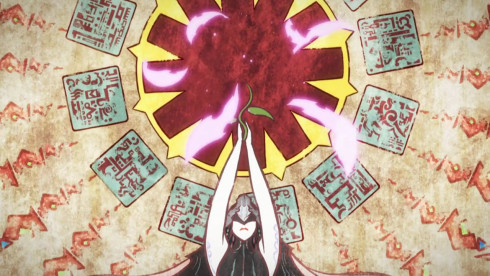 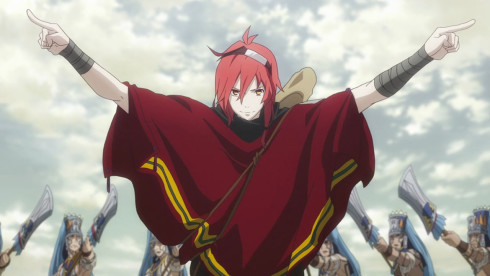 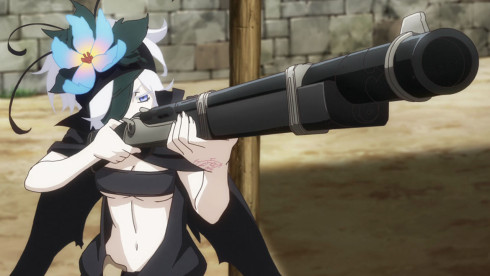 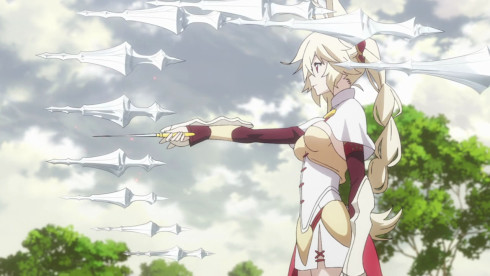 Just so we are all on the same page again, and for the benefit of those who read this post while not having watched the series proper, here is a summary of the series taken from Crunchyroll’s official description for the series: “For those unfamiliar with the series here is the summary from Crunchyroll: “Legend says, when the Evil God awakens from the deepest of darkness, the god of fate will summon Six Braves and grant them with the power to save the world. Adlet, who claims to be the strongest on the face of this earth, is chosen as one of the “Brave Six Flowers,” and sets out on a battle to prevent the resurrection of the Evil God. However, it turns out that there are Seven Braves who gathered at the promised land....” 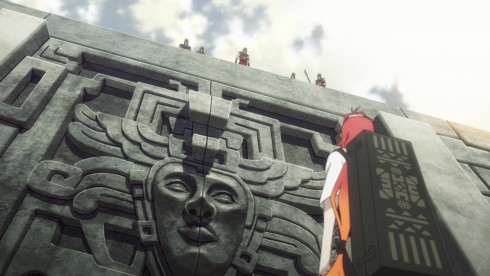 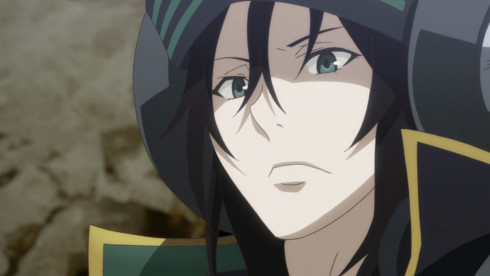 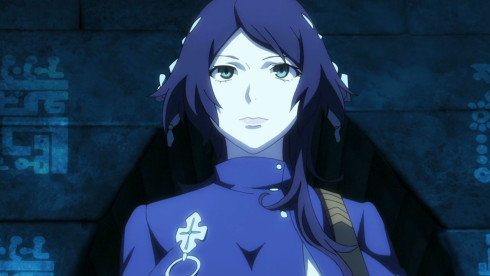 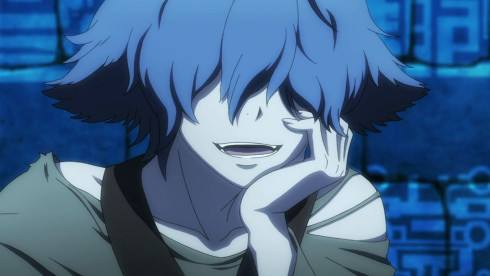 As the tale unfolds it became clear that the studio adapting the series decided to develop all twelve episodes to the content found in volume one of the novels. And let me tell you, in comparison with the breakneck pace other series are adapted at these days (sometimes taking 3-4 eps on average to adapt a novel volume) this was quite a surprise for many. However, for me it was a pleasant surprise. You see, this series is essentially a “whodunnit” type of mystery, as the seven braves gathered together try to figure out who among them is the pretender and is potentially endangering all their lives. Hence, the extra attention paid to the interactions, thought processes, reflections and reactions of all these characters with one another pays off quite handsomely, I thought, and helps build the suspense and immersion factor of the audience.

However, while the series is a “whodunnit” sort, it is not the type one will figure out (much) “alongside” the lead character, whose name is Adlet Meyer – the self proclaimed “strongest man in the world”. It is something you sort of watch and observe narrative wise. This aspect put off some viewers, but it made boatloads of sense to me. This is a magical world, after all, and the viewers know zilch of much of the details of how magic works, what sort of beings inhabit it, etc., etc. On the whole I thought the interactions and the mystery itself was executed quite nicely, and the VA work was quite good. Especially Aoi Yuuki’s work with Flamie, as I mentioned before. Seriously – her work may have been the best VA work of any series I watched all season. It really was … incredible. And this was especially powerful, I thought, since I read the novels and had a clearer idea of how she behaves and why. Aoi Yuuki was able to convey sooooo much. I have long felt she is one of the better talents in current VAs regarding acting, and this only confirmed this belief in me to a greater degree. 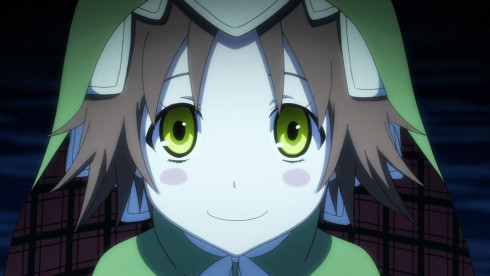 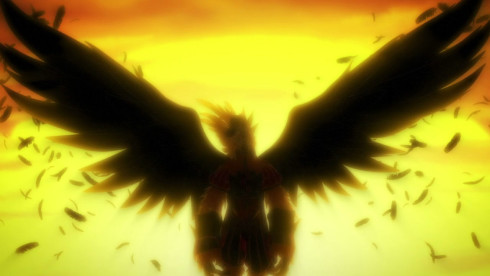 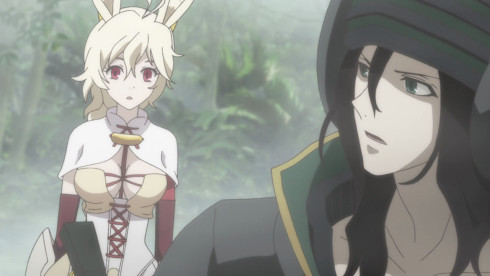 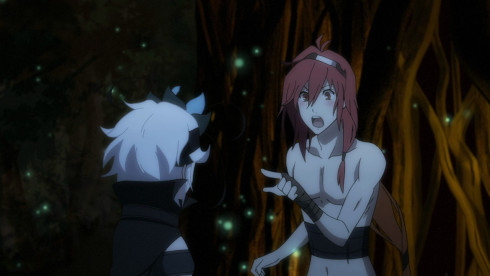 Yet, while mentioned earlier as well, the animation for this series was Dr. Jekyl and Mr. Hyde level. When no cgi was used it looked positively marvelous, but whenever cgi was brought in (most often for the fiends) it was just plain … horrific. And it yanked me right out of the series itself. Yes, it was THAT bad. I mentioned that one of the things that the studio suffered from previously was quality control (in their other series Rail Wars), but while the quality control itself was fine … erm … the blend of cgi and animation itself was … just awful. If only they had not cut corners on the cgi I feel the series could have been way more effective. Which is a pity, because another of the series strengths was the audio, background music, OP and EDs. Two of the EDs in particular – that dedicated to Adlet and the one dedicated to Flamie – were both among the best I saw this season. 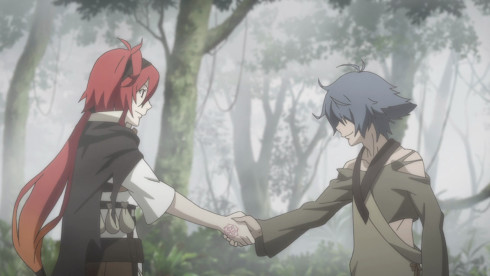 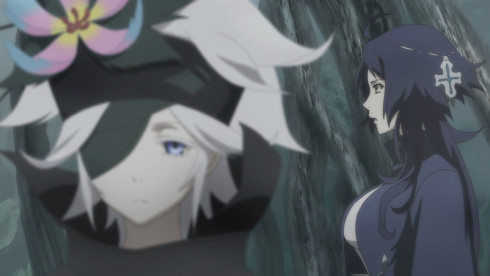 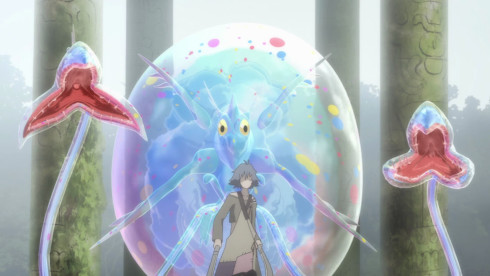 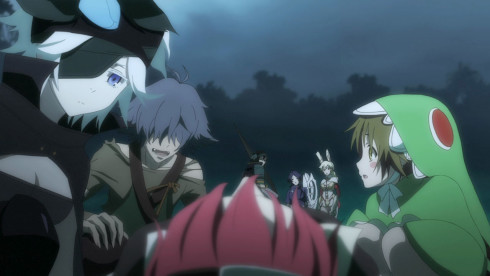 As the series as a whole goes I find it is harder for me to put my finger on things. I was impressed overall, but not riveted (with a few exceptions). It was not among the series I eagerly anticipated watching each week, despite being generally enjoyable. Part of this could be related to knowing the content of the story itself, part could be related to the strength of the summer season for me personally. It is hard to say in retrospect. But I do think that the adaptation itself was not only one of the more faithful (if not THE most faithful in some ways – kudos to the studio for effectively stretching 12 eps to cover a single volume content!) of the adaptations in the summer season, it is possible that it could be considered to be the boldest of the adaptations as well. The studio decided to take creative liberties, but their decisions were bold and effective, and in my opinion paid off in the end.

Perhaps with these things said and when one looks at the score I gave it (a “B”) question marks may be raised for some. The series was somewhere between the upper range of a “B” and the lower range of a “B+” for me, but in the end I gave it a B because of the fact that the series was not riveting and was not able to evoke eager anticipation in me on a week by week basis. With that in mind I scored it a little lower than one might expect. There were many, many people I know (both source readers and otherwise) who enjoyed this series more than I did, though, so do give it a try if your curiosity is roused by this review!