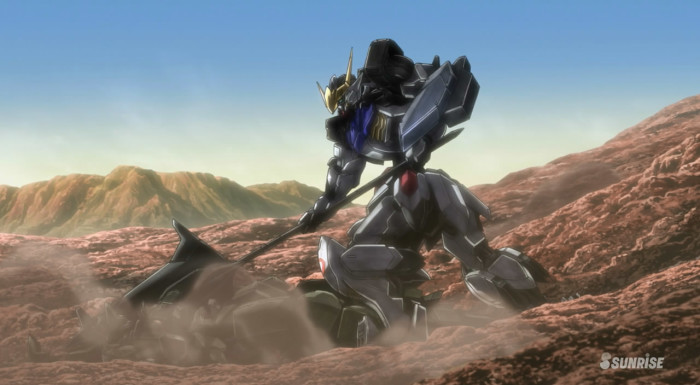 So the main Gundam series comes back with probably one of the strongest first episodes it has had in a few years. The series has had some low points with Gundam Age and Gudam Reconguista. This show seems to have its head on straight to start things off. This was a good first episode to show the current setting and introduce us to the main cast. It is isn’t a bad setup for a new series and I like the idea of this conflict between Earth and people on Mars in a bit more reasonable manner than the one from Gundam Age. Here the conflict really is pretty political. For Earth Mars is a colony that has economic value still, while Mars is clearly starting to get tired of being treated like some colony and want their own independence. Can imagine a lot of trouble surrounding that situation and leading to the kind of conflicts you can expect from Gundam.

There was a fair amount of action in this episode, but not too much. They did need to introduce people and the conflict as much as start up the fighting. It was interesting seeing most of the conflict being between these mobile workers. Kind of a tank battle before the mobile suits got involved. Not a bad way to end the episode with the main Gundam of the new season appearing at the end to strike a pretty solid blow. There was definitely a sense of danger for most of these guys when the mobile suit team arrived and they didn’t stand a chance. Without pulling out that Gundam they would have been crushed in an instant. I’m curious to see how the conflicts will go in the future. Also curious about the cost of piloting that Gundam since Mika was bleeding and I’m not sure he got hit before that point. 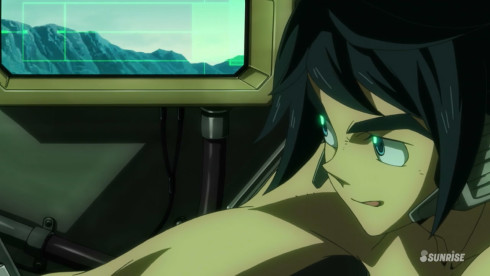 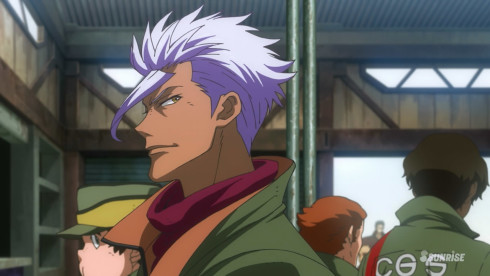 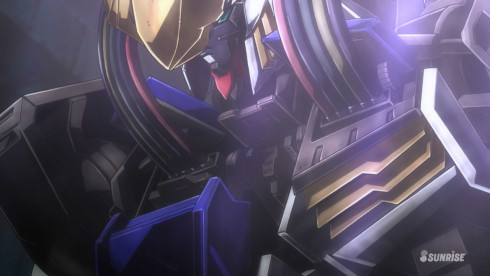 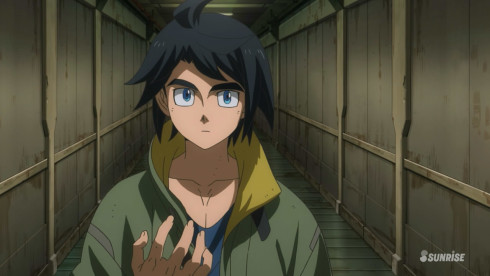 The cast is pretty interesting at this stage. Some may have a bad feeling about Orga, but I like the guy. Seems like a pretty effective leader for that small group and has his sights set on better things than the crappy life they are currently living. His friendship with Mika is unusual, but I’m not sure it means he’ll be a bad guy at some point. Mika trusts him and follows his orders there is no doubt there, but I feel right now that Orga understands the weight of that. He is basically responsible for what they do since Mika will follow him wherever he leads.

That isn’t to say that Mika is a blank character, he is just someone that feels pretty indifferent right now. He isn’t awkward around others, it just feels like he is pretty matter of fact right now. You can feel his arc may involve him just finding his own desires and not just following where Orga wants to lead. But right now he is that guy and he’s darn good at doing what Orga needs him to do. A really darn good pilot and it is no shock that they have him pilot this Gundam. A Gundam they probably recovered from somewhere and have steadily been repairing over time. I did like Mika’s interaction with Kudelia. He wasn’t that harsh, but made a fair point. Wasn’t avoiding her hand without a reason and makes a fair point. If she feels like there is a need to be on level terms with them then she is coming from the point of view that they aren’t currently on even terms. Not a terrible shot at her, but something that can be lost. It is one thing to want to be on the same level as others, but have to consider internal biases you might already have. 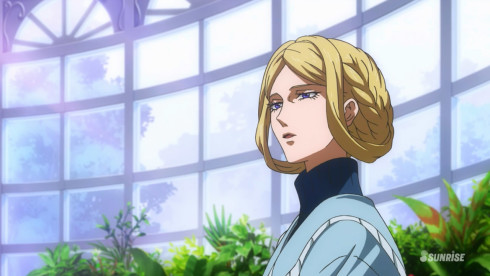 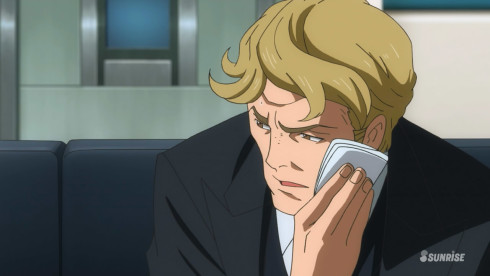 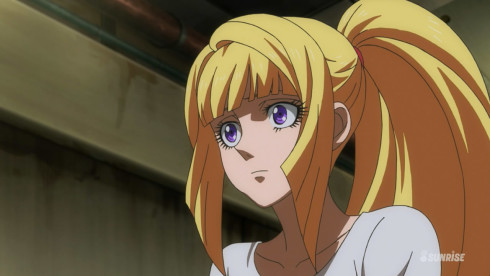 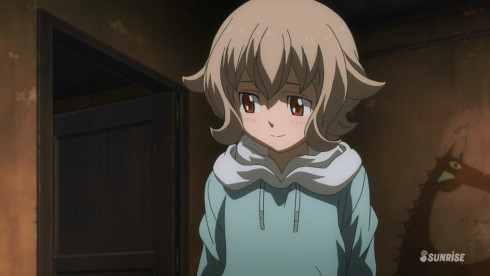 I actually did like Kudelia so far. I mean looking at her parents….it’s pretty remarkable that she is so level headed and only has the level of bias that she does. Her mother seems like someone who is completely cut off from reality, enjoying her nice status and lifestyle. Her father is just an incredible coward. Not to throw other shows into the mix, but if a show last season showed a cowardly father with issues, then this guy takes it to another level. He’s not just a coward, he’s selling his kid out in order to protect himself. His daughter has taken on the difficult job of trying to bring independence from Earth to Mars and he’s just stabbing his kid in the back. Maybe she is somewhat naïve about things, but she’s trying to make a difference and doesn’t want to be living without seeing the truth. I just hope she’ll be a strong character in this and not just some damsel in distress or just a useless person to have along.

The rest of the cast was solid. We didn’t get to know that many other characters. A girl who probably has some kind of crush on Mika was shown a bit, some of the other orphans as well got short moments to stand out. But maybe the big thing was seeing just how much these guys are the perfect choice for Kudelia to align with. People who are treated as dirt and disposable by their employer (who ran out when things got tough). These are people who really represent how poorly the people are being treated and the ones that should have more freedoms than they currently do. 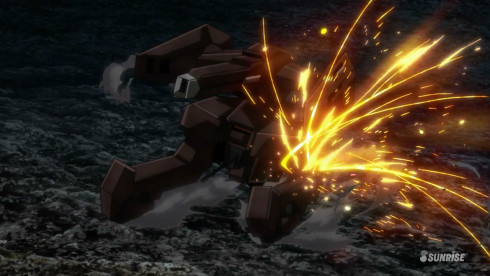 So yeah I would say this was a good first episode. I have no idea if this will be a show I’ll blog going forward, but I did want to say something about the first episode. This is probably the most optimistic I’ve been for a new Gundam show in a few years so here’s hoping this one will turn out good. At least they seem to have a solid setting and base to build the show on. If they can bring some nice action and a good story then we can finally say that Gundam is back and has its quality once more. Whether it will turn out like that I have no idea, but we can hope.
Score: A-