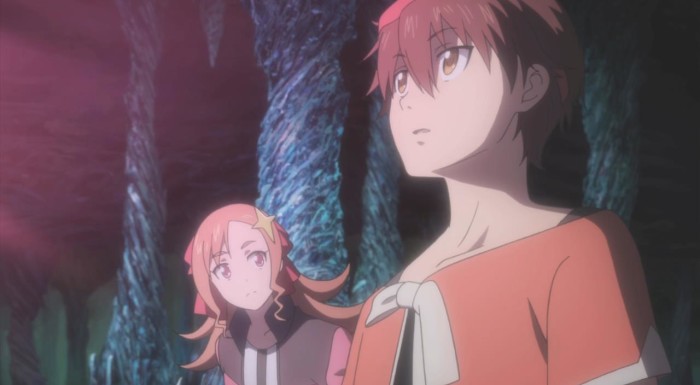 If there were ever a show that could truly benefit from the “three episode” rule, its Comet Lucifer. That’s not to say that there’s anything inherently wrong with the show from what little we’ve seen of it, quite the opposite. The issue is that there is a lot that we haven’t seen, with the story having barely gotten underway in this first episode. What little we have seen though? I got nothing but positive vibes from that at least. 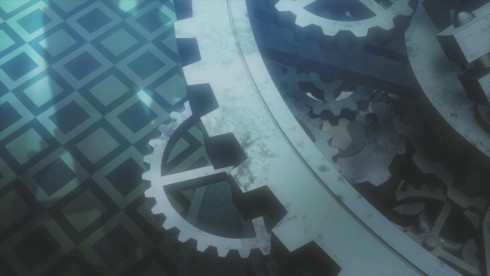 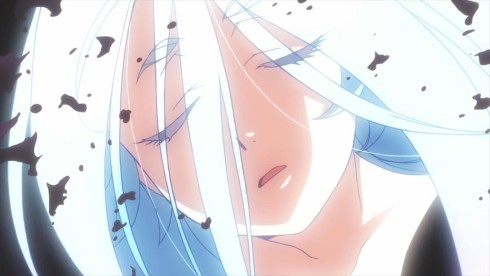 In terms of first impressions, Comet Lucifer makes a pretty strong case. Production wise, this is a good looking show. Great character designs (which remind me a bit of No Game No Life), beautiful european style townish landscapes, and just about everything really. The animation, the voice work, the special effects, the overall bright color scheme, it all comes together to make something that looks great. I suppose if I were to pick a word to describe the show’s aesthetic, I’d call it “pleasing”. It really does ooze brightness and positivity with a slight dash of playfulness.

The story on the other hand, is classic mecha staple stuff at this point. We’ve seen this kind of story before. The adventurous youth, winds up falling into some weird cave and unearths a crystal that eventually leads to some mystical girl appearing and bringing a giant mech with her. There’s also a secret military organization that seems to be after the girl and crystals for some reason that you can bet isn’t good. 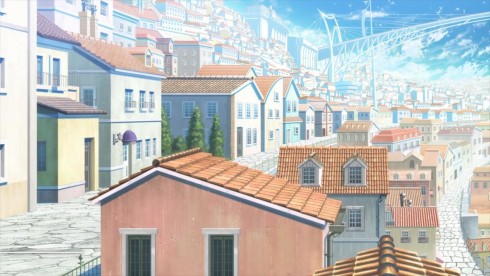 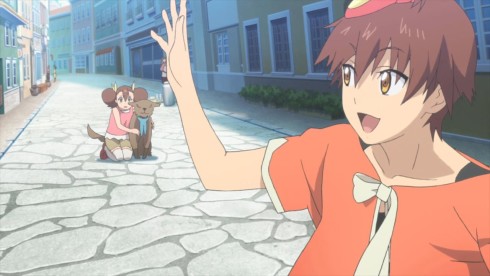 What makes Comet Lucifer stand out though, despite its rather cliche scenario, are the characters. Main man Sogo is the right combination of adventurous and nice. Its hard to make a character that seems to simultaneously have a wild side to him, but can reign it back and act like a likable, mature kid at the same time. Sogo has all the trappings of a great lead, but I think what really makes him work is how he plays off who I guess is his childhood friend and potentially romantic option Kaon.

Much like Sogo, Kaon’s unique in that she’s got a pushey and prideful side to her, but she doesn’t quite come off as aggravating or annoying. If anything, her whole situation with Valov kid with the red hair and big car is pretty sympathetic. I totally understand her not wanting to marry someone simply because her parents arranged it. Added to that, there’s a genuine romantic chemistry between her and Sogo, which I’ll admit I quite dig. 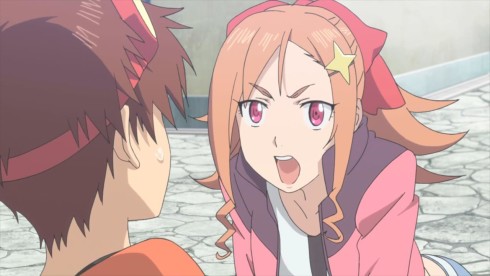 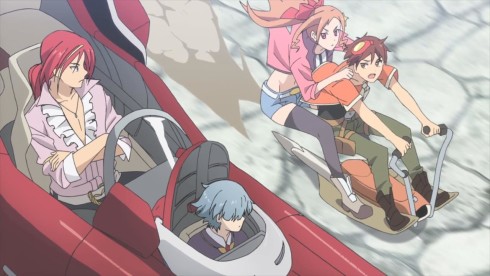 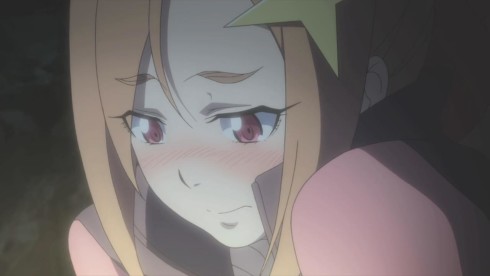 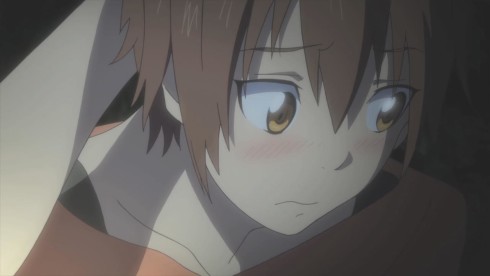 How Sogo and Kaon relate to one another, what kind of relationship they end up having in the series, and what kind of situation the new girl creates will be interesting to see unfold. More importantly, it’ll be key to see if Comet Lucifer does something new or interesting with this particular setup or not. Given how nuanced and intricately developed Sogo and Kaon felt like in the first episode, I’m inclined to give the show a chance.

As for what transpired in the episode itself, there really wasn’t too much. We got Sogo finding some red crystal, then going about his day only to run into Kaon. With Kaon’s “fiance” chasing her, the two end up going a bit crazy on Sogo’s hoverboard/hoverscooter… Oh yeah, I forgot to mention! This world does indeed have hoverboards, hovercars and hovercraft tech in it. That’s another major win for the series I’d say. 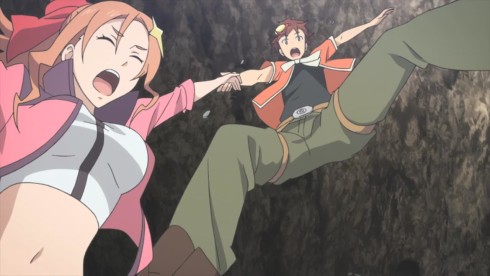 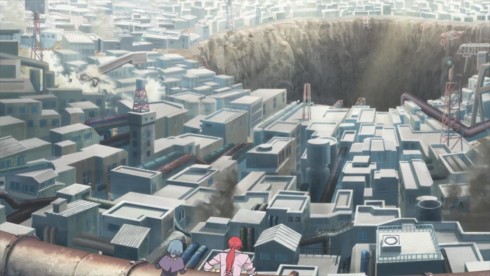 A freakish accident occuring as Kaon tries to run away from her “wedding” is what actually kicks things off proper. Sogo and Kaon end up falling into a big hole in the middle of the town/city, and its there that they encounter a large red crystal and awaken a magical girl. A mecha obviously comes after them, because that’s just about what always happens in these things. Finally, we get another Mecha being summoned right in the nick of time, saving them and defeating the enemy. That’s pretty much where the episode ends.

If there is one strike against this series that I can see already, its that the mecha designs and animation itself seems pretty generic and bland. Its not exactly bad looking, but there’s nothing truly striking or interesting about the mecha portions of this show. I largely suspect that we might get pretty generic, CGI driven mecha battles. The focus for this show may very well be in the characters and not in the robot action scenes though. 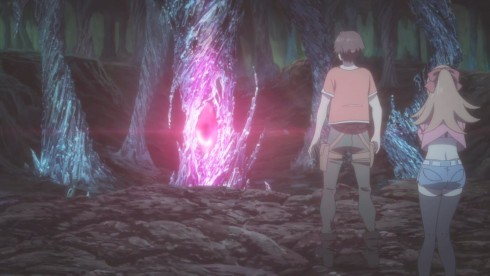 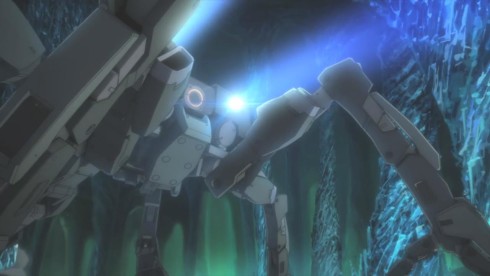 Again, not a lot to it, yet, and so its hard to say if Comet Lucifer will actually amount to anything interesting, or just end up being a B-Tier show. The first impressions for the show are generally positive, and there’s a lot to like, be it the show’s world, its characters or the art direction and animation. Time will tell if it really does turn out to be great.

So… for this season I’m going to try something different. Starting with Comet Lucifer, I’ll actually go three episodes on every show I preview/cover, and then I’ll figure out whether I want to stick with it for the entire season or not. So at the very least, except another two posts regarding this show. 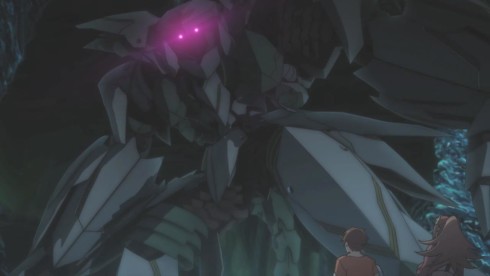 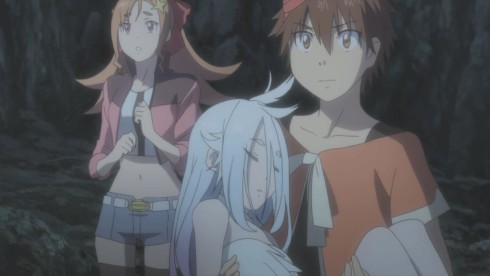 More importantly, what did YOU think about this episode? We’re obviously pretty early into the show, but It would be wrong to dismiss first impressions.