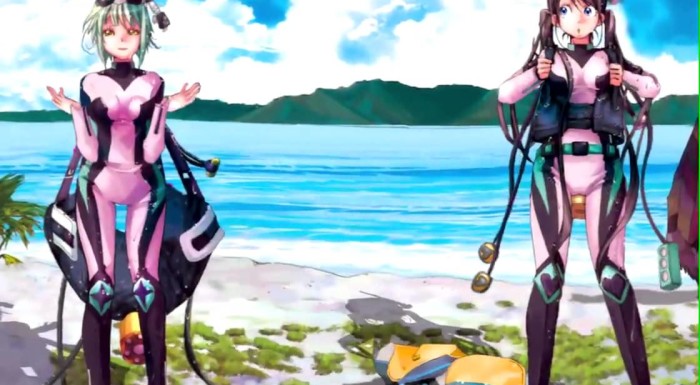 Rejoice lovers of the Aria anime and of Amano Kozue’s art! The primary manga she has been working on since she finished up the marvelous Aria, by name of Amanchu, has been announced! 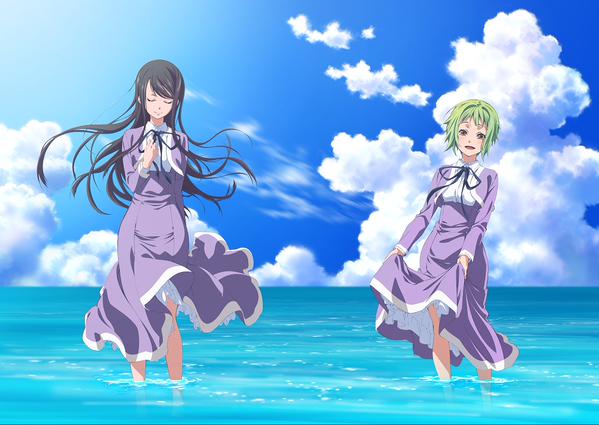 “Shochiku unveiled a teaser video on Monday announcing that Kozue Amano‘s Amanchu! manga will receive a television anime adaptation in summer 2016. The teaser shows the character designs for the characters Ōki Futaba and Hikari Kohinata.

“Amano’s manga follows the everyday lives of the members of a diving club in the city of Itō, in Shizuoka prefecture. The manga features the same high school and some of the characters from Amano’s earlier Roman Club manga.

I wish I could stress how excited this news has made me … this is just as beautiful in terms of hand drawn art as the Aria series was, and with J.C. Staff on a roll of late in producing excellent adaptations of source material I expect glorious animation! Will definitely, definitely be looking forward to reviewing this one (whether myself or another of the staff.)

For those who are interested here is a summary of the series:

“Hikari Kohinata is a cheerful 15 year-old girl who lives near the ocean and she spends much of her time diving as a result. On her first day of high school, she meets a teacher who also likes scuba diving. There’s also a 16 year-old classmate, Futaba, who gets dragged along in Hikari’s maelstrom as soon as they meet at school.”