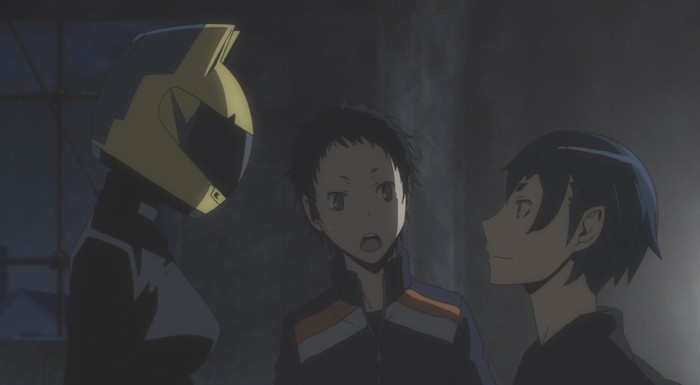 Well that certainly didn’t go anywhere really monumental. The big question on my mind, was where Durarara!!x2 planned to go as it headed toward its second and final break. I remember being really excited when I heard that Durarara!!x2 was going to not only finally happen, but be a full 3 cours at that. 2 Cours into the planned second series, I’m wondering what the point really was. 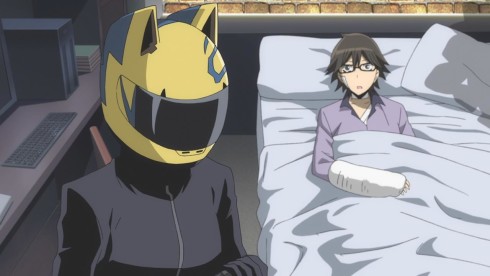 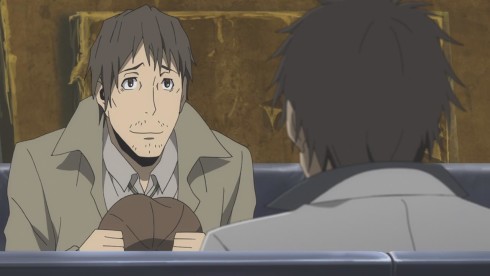 Is Durarara!!x2 good or bad? Its a question I keep coming up against, and I’m still not sure of the answer. What I do know is that it isn’t as good as the first season, and that in itself is a big issue for me as a fan. Its a big issue BECAUSE I just never imagined that Durarara!! could do anything wrong, that it could be what its become, which is quite frankly, mediocre.

The feeling I get the most from watching this is show is sadly indifference. I’m not exactly hating what I’m watching at any given point, and intellectually I feel like what is happening on screen IS interesting. But I feel that interest in a very, detached, removed kind of way. Durarara!!x2 doesn’t grab me, it doesn’t move me, its surprises don’t even faze me in the slightest. And there’s something about that that’s just… sad. 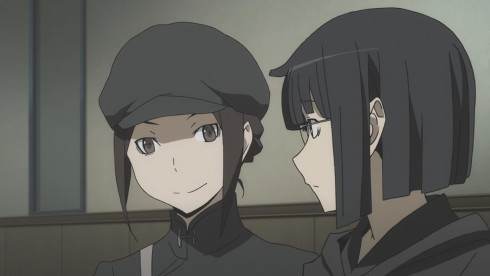 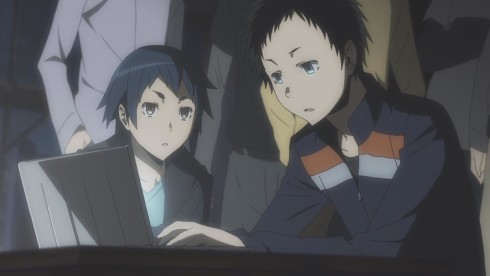 Perhaps… Perhaps one of the reasons I’m not too crazy about Durarara!!x2 is the fact that its been primarily build for the last 24 episodes. There’s a lot of interesting stuff that seems to be ready to happen.

One of those things, is Mikado’s descent into madness and darkness. What is Mikado turning into? I’d say its something equally bizzare and odd. I’ve often attributed Izaya to Chaotic evil, and I’d say right alongside him, Mikado’s chaotic netural in the grand scheme of things. His fight and battle with Kida just seems silly to be honest, and just generally unnecessary. Mikado wants to basically take the Dollars back to what they were before the events of the first series? Okay, I get that. 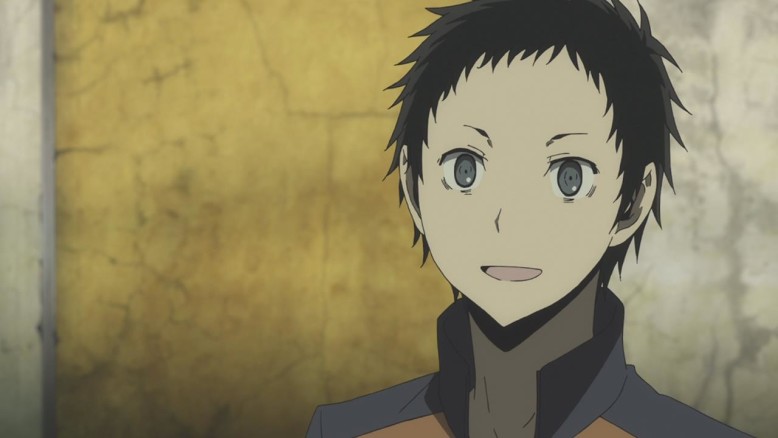 He’s using the Blue Squares to kind of meet that goal, I get that too. I get that Aoba and Mikado are mutually using one another for their own ends. Why does Kida have to fight against Mikado in a full blown out war? Why can’t the two of them TALK this through?

More importantly, why does the whole conflict feel so half baked and uninteresting. Maybe its because we’ve already SEEN this exact scenario, except with Mikado being the sane one and Kida being on edge. I dunno, the fact that Mikado’s reasons for doing what he’s doing feel amibigious and undefined are a big reason for why this whole thing doesn’t work. 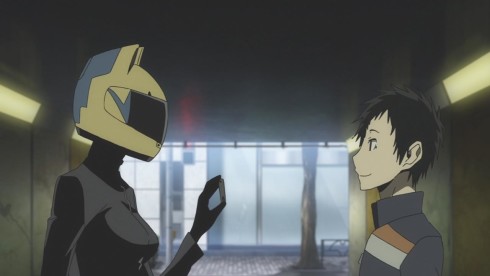 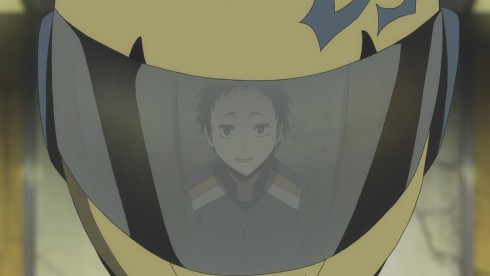 And Then Celty? I’m surprised she didn’t just whack some sense into him after hearing about the attack that he had launched on the Yellow scarves. The fact that she just kind of let it go was just odd, out of character and weird. It felt irresponsible too, and I was just left scratching my head. I suppose we’re poised for a big battle between Kida and Mikado, and I just don’t see the point of it.

On the flip side, there’s been the ongoing battle between Yodogiri Jinai and Izaya, which pretty much wrapped up in these last two episodes. In what’s become an odd trend this cour, the story resolves in an unexpected but fairly anticlimactic way. First Jinai captures Namie for information on Celty’s head, which causes Izaya to act and track Jinai down. He does so, and also pretty much reveals the secrect behind Yodogiri Jinai in one feel swoop. Yodogiri Jinai turns out to not be an individual, but rather an organization of old dudes? And it seems like the actual leader of that organization is the secretary? Who also seems to be another Saika? 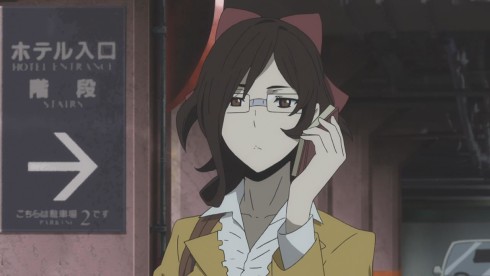 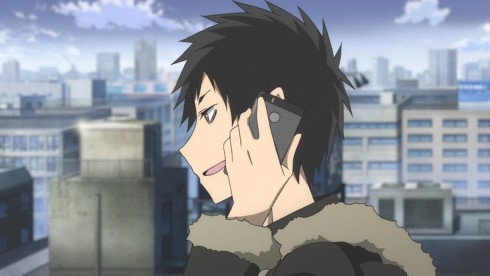 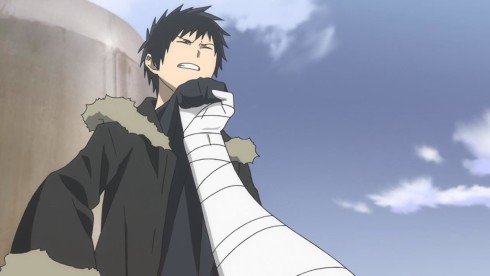 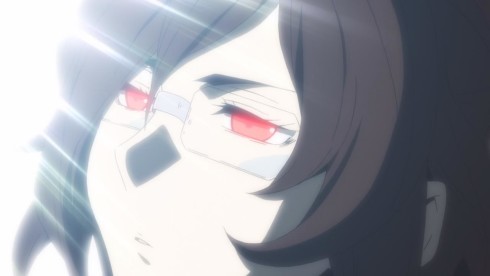 So the whole big game between Yodogiri and Izaya draws to a close, with him basically defeating the Jinai organization but freeing this new, more mature and powerful Saika and taking another HIT because Sloan himself is one of her mind controlled puppets.

I’m sure Izaya being taken down in an unexpected way was supposed to mirror some kind of epic cliffhanger, in the same way that western television seems to do but… It didn’t work. We’ve seen someone already one up Izaya and critically injure him… Its been done and was perhaps the worst storyline of the entire franchise. The fact that we’re going to get a retread of this story, and pretty much have Izaya and the new Saika go at it is just.. well, it doesn’t sound too exciting to be honest. 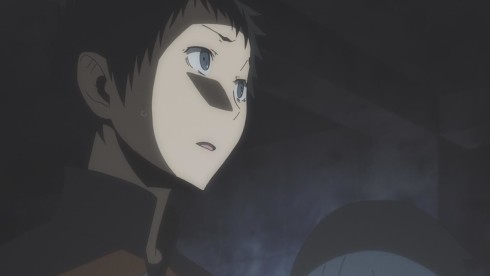 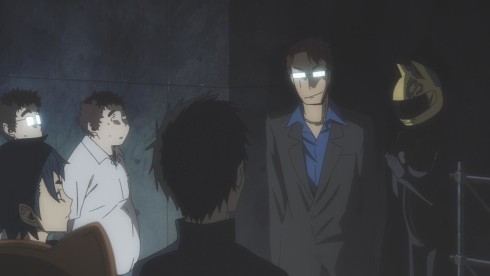 Then there was the Awakasu Group and Akabayashi finally running into Mikado. Again, this was another plot thread that just kinda fizzled out. Akabayashi came in and gave Mikado a scare and a warning, and then pretty much just left him alone. Okay… So basically Mikado should be aware that his actions are being monitored by a bigger, more powerful organization and that he should watch himself. I get that, I just don’t see what this whole scene that the series has been building up to was supposed to give us. There’s no sense of payoff or really anything new that we learn about our characters, its just something that kind of happens.

That whole, “it just kinda happens” is the problem. It feels even more prominent when you think about Shizou and the fact that he gets arrested almost completely off screen, with Varona pretty much left to think about it. At this point, perhaps the only thing that I’m invested in is a Shizou x Varona coupling, and even I’m aware of how far fetched that seems. 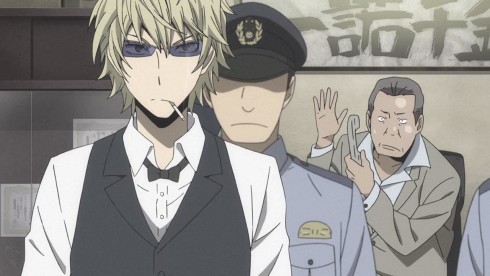 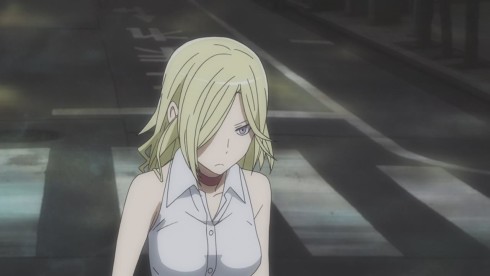 But I think the moment that this second cour ends on, is what really worries me. The episode literally ends up With Celty coming back to her apartment to find a bunch of random people there. Namie is there, apparently totally okay, so is Seiji, and a bunch of other people. And the second cour literally ends with, “due to some odd circumstances, these characters found themselves together, in this room” or something to that effect.

You know what that tells me? More parrallel storytelling from Durarara!!x2 incoming. I shudder to think that we’ll open the third cour up with ANOTHER batch of character driven stories that just kind of run in tandem and get us to that room. I hope that’s not the case, I hope Durarara!!x2 knows better at this point, because its done that, failed and moved back to the basics that serve its story and characters the best. 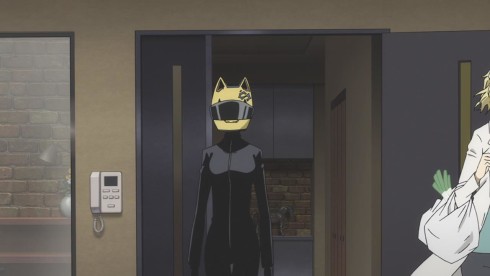 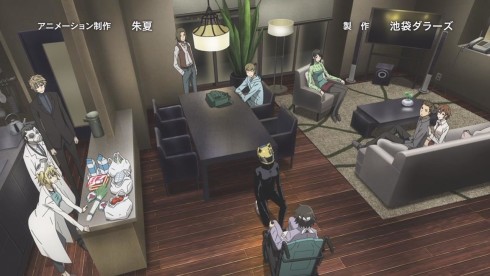 At the end of this second cour, we’ve got a lot of characters, we’ve got two or three big storylines working in tandem, and we’ve got the promise of finding out how a certain bunch of characters basically made it into a room together. All of this doesn’t really inspire confidence from me. And by confidence I do mean that in the sense of the show getting better, i.e reaching the heights of the first season or the Izaya centric episodes we got this cour.

I suppose at this point we can just wait and see. Maybe the one season break will do this anime production some good, and it might wrap up better. I sure hope so, as a fan of this franchise, MAN I sure hope so. 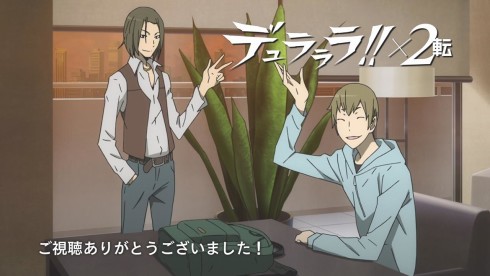 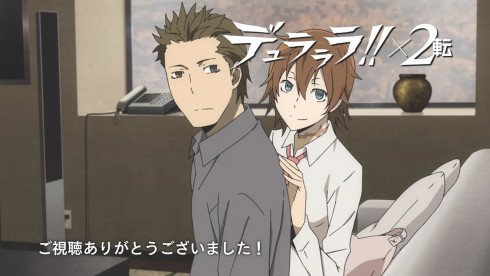 I’ll see those of you who’ve been reading these posts in January of next year! Thanks for reading/viewing, and I apologize for how late this post was. I’ll try and keep posting week for week like I did most of the way through this second cour, when we do come back. Adios until then! XD