Generally, when you watch an anime series, or really any piece of entertainment that has a story, there will be a central theme, a point, something that show is trying to say or poke at. Sometimes it can be as simple as taking a what-if scenario scenario and asking some really interesting questions with it, other times it will be some small aspect of our lives we overlook, other times… Look, my point is, generally there’s SOMETHING that a story highlights. Its around that something that the events, the characters, the buildup and everything else revolves and brings the experience full circle. 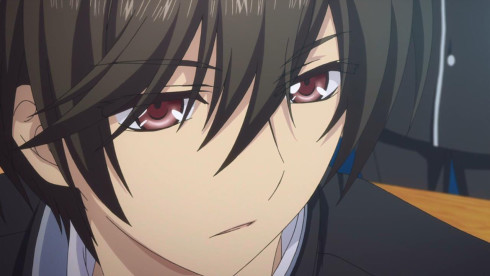 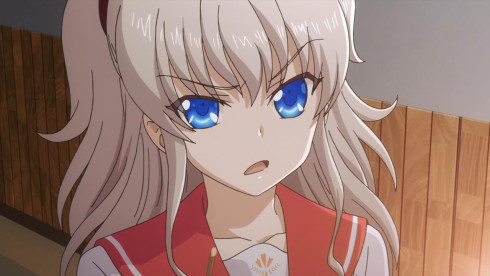 The big question that I think Jun Maeda and P.A Work’s latest anime series Charlotte brings up, if it brings up anything at all, is whether an anime really does need that special SOMETHING. I say that, but I don’t even remotely mean to imply that there’s some strategy or rhyme or reason behind Charlotte because… There really isn’t. Its because of that odd fact, the fact that Charlotte doesn’t really have some central idea, something that it deems important, that makes it such an odd beast.

The issue I think, with Charlotte as a series is that it feels more like its floundering around, directionless rather than going around carving its own way of doing things, or being “free” of things like a central conflict or theme. A really odd thing about Charlotte is that it actually does have a few things that you could consider a theme or something resembling one. It definitely has some unique world building elements, and things that resemble characters in that world. The problem is that it never really commits to anything that it introduces and actually constantly shifts direction, usually by using some kind of awesome moment or odd twist that really does come out of nowhere and feels disjointed from the narrative rather than a part of it. 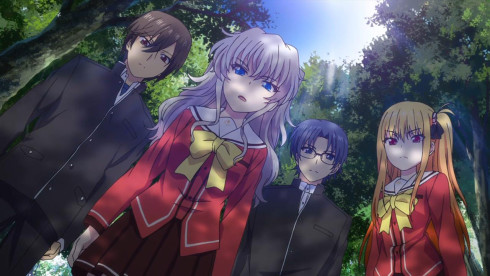 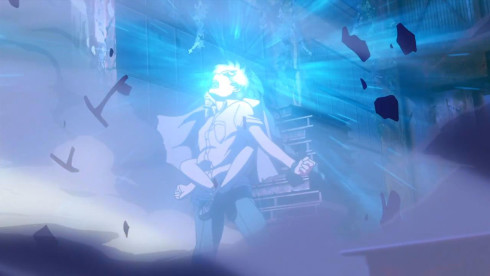 Yes, Charlotte does have its cool moments. Taken by themselves, these moments are rather impressive, but bring them together and they cluster as well together as aetheists and religious people. That is to say, they don’t work well together, as a whole… At all.

Charlotte actually takes the rather overused idea of having high school kids suddenly develop unique powers. Western entertainment has done this for ages, whether its been in comic books like the X-Men or more recently TV shows like Heroes. The central question is always the same; How do seemingly normal people react to being abnormal, having super human abilties, and how does the rest of humanity react to them? From the outset, this is an idea that’s been covered so indepth, by so many different stories that the importance or need of ANOTHER story exploring this subject matter is questionable. 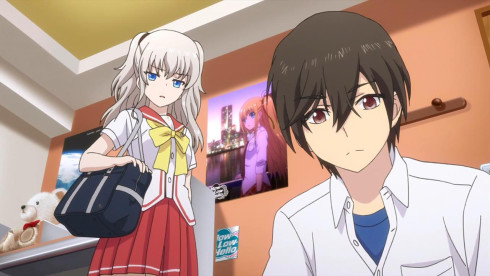 Jun Maeda seems to agree, because this isn’t a story about certain types of people being different, it isn’t about tried and true ideas like power and responsibility. Responsibility… Rather than a central idea, is more of a device to merely introduce us to the series. Essentially what Charlotte does do uniquely is start off with an odd main character. Main man Otosaka Yuu is a main character that’s entirely self serving and using his powers for his own benefit. He’s far from heroic, and is almost a cartoon villain with how he uses his power for stupid and selfish reasons.

The opening episode revolves largely around said main character Otosaka Yuu’s introduction to the rest of the cast, members of a student council that work to find other Ability wielders like themselves. Then the focus of the show changes,  and it becomes less about teaching its main lead about important things like not being unselfish and a jerk. Instead, the show almost takes an almost procedural approach for the next few episodes, with a very “ability user” of the week kind of thing. Then, as if the series itself realizes that there’s not much mileage to be had from that particular idea, it switches gears again and throws in the signature “Jun Maeda” tragic twist. 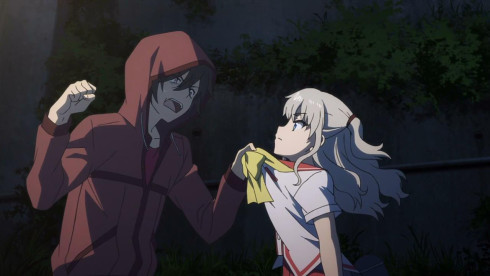 Its another one of those “suddenly everything became dark and depressing” moments that Jun Maeda has used to great effect in the past. He did it in Clannad, he did it in Little Busters! and there’s many more examples. The big difference here is that… While this moment is powerful and unexpected, it definitely doesn’t feel earned. Unlike say Clannad, where an entire 2 cour season (24 episodes) of the show was spent on slice of life, funny high school moments, Charlotte just doesn’t develop its characters or its world enough to really make you feel anything.

The moment on its own is just well done enough to really grab you, and the preceding fall out from that big tragedy is equally powerful. If there’s one thing that Charlotte does do really well, its the follow up to what could be loosely termed as the turning point of the series. At around episode 8 is when things markedly change with that big twist, but a few episodes later, that big moment is more or less completely reversed. 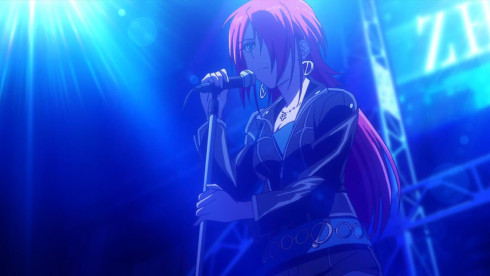 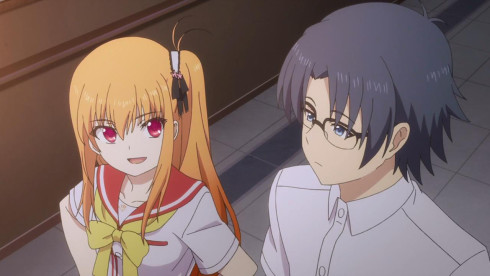 The story changes focus yet again, and you can kind of guess why that’s a problem. With only another 3 episodes to go, the story takes on an entirely new idea, one that actually eliminates the need for most of the previous cast too. What this all ends up feeling like, is just unplanned. It feels like a string of ideas and cool moments and twists that were just strewn together, barely.

Its really perplexing too, because Jun Maeda has been such a master of intricate storytelling, slowly building up something great and making you really comfortable with it before pulling the proverbial rug from under you. In Charlotte, that does happen, but the buildup is clumsy and the rug pulling is just kind of there because it has to be. Its expected more so than actually servicing the story or characters. 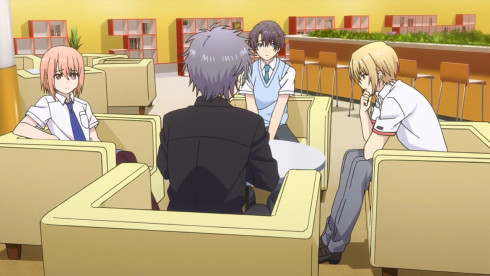 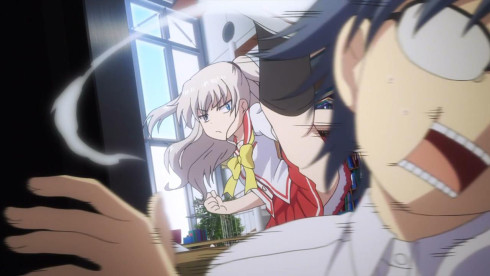 And the characters… Oh boy. The characters are a mixed bag because most of them don’t really feel like characters as much as just, things that experience stuff in the story. The most defined character is probably the lead Yuu himself, and even he goes from selfish to nice to completely selfless and noble in the span of a few episodes. The transition for his change feels abrupt and weird, rather than natural and organic. The rest of the characters? They feel more like comic actors rather than actual characters with defined traits and personalities.

Female lead Tomori Nao is a great example. She’s almost robotic in how she interacts with some of the cast, often clearly disinterested in whatever is happening. Then she’ll randomly burst into some rather negative straight man routines that just…. don’t line up. Almost everyone at some point is just either the goofy idiot or the straightman, as the comedy kind of supersedes basic character development and personality. Again, its odd to see BECAUSE while Jun Maeda’s characters are generally twists on generic tropes, they still have something that makes them feel like characters. 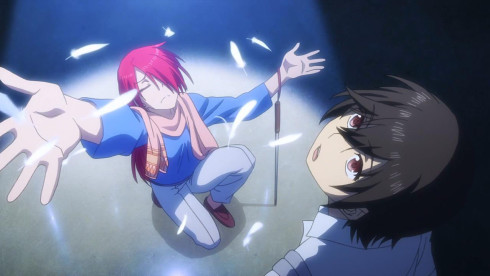 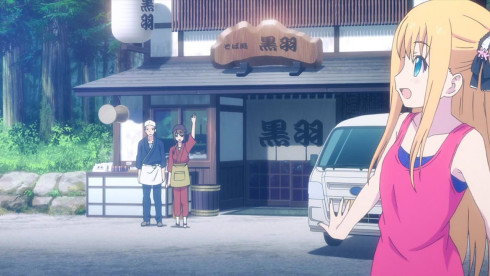 The characters actually kind of mirror the unbalanced and uneven storytelling, so its fitting at least. They’re not exactly bad per say, their ideas and backstories are actually kind of cool, but Charlotte just doesn’t seem interested in highlighting them as real people or individuals. It prefers to focus on the gags, the laughs and interlace them with those cool moments. Its because these characters don’t end up feeling particularly defined, that most of their epic moments kind of fall flat and anti-climactic. That’s probably why the series’ best moments are both unexpected and generally involve the most developer character, Yuu.

I suppose its hard to imagine or really understand what I’m getting at here. Let me really boil it down in the simplest of terms. Charlotte’s story and characters aren’t particularly horrible, but they’re not even remotely great either. They’re just kind of… there. They exist, they function, but that’s about all they do. 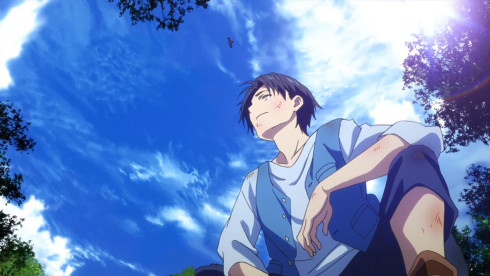 Now… Having said all of that, its worth mentioning that the actual production on Charlotte is just stellar. Fantastic is the word for all the animation, art, sound, everything. P.A Works at this point have more or less proven themselves to be masters at art direction and animation. Gorgeous landscapes and backdrops, beautiful ambience and atmosphere are littered throughout Charlotte. The art direction, the character designs, the color schemes, everything is just very darn good.

The music is just as impressive, whether its the stellar Opening and Ending themes, or just the soundtrack in general. The voice acting, also, is really really great. If anything, while the seiyuu are given pretty bland characters to voice, they do a great job of actually breathing some life into them. Kouki Uchimaya as Yuu is great, and gives a performance that’s reminiscent of classic Jun Maeda leads, mixed with say a more untraditional character like Lelouch from Code Geass. 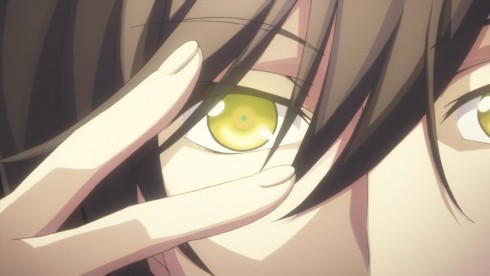 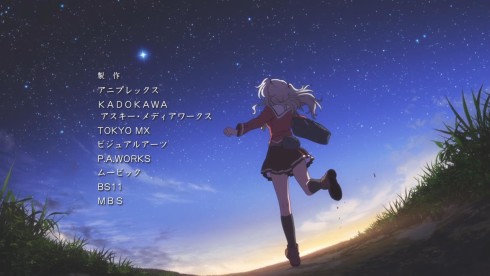 Its a nice mix, and Kouki provides enough of a range in Yuu’s voice to make them seismic shifts in his personality at least partially believable. Ayane Sakura does the best with what she’s given, but Nao as a character is just so sporadic that its hard for her to really sell the character as a real person. Still, when the comedy hits, she does a fine job of delivering the jabs, or the more uninterested bits of Nao’s dialogue. Again, its voice acting, not miracle work, and can only go so far.

So great production which includes beautiful artwork, great animation and stellar sound work. To say that it feels wasted on Charlotte wouldn’t be too far from the truth, but I think the best way to really look at it is that the great production makes Charlotte a lot better than it probably could’ve been with a lesser studio at the helm. If there’s one thing that elevates the story, and makes this show entertaining, its the actual anime production work, which goes about as far as it can before the script and overall story brings it down. 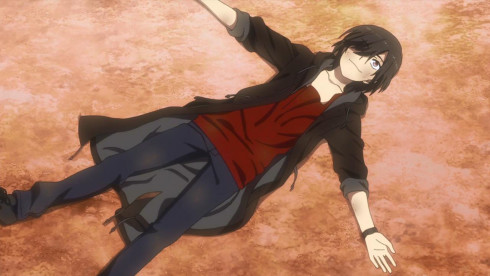 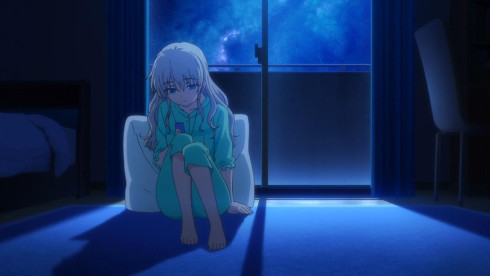 In the end, Charlotte isn’t a particularly horrible series, but its not very good either. Its just kind of okay, with some stellar moments that sometimes break the norm. When the regular holding pattern for the show is broken, you’ll get these stand alone awesome moments that just… stand alone. Is Charlotte worth a watch? Maybe, but I feel like since it doesn’t really do anything special, Charlotte, therefore, becomes hard to really recommend. Its probably a better idea to go and rewatch something else by Jun Maeda like Little Busters! or Clannad instead. In the end, it just seems like it was just an off-season for Jun Maeda. Even the best can’t always hit it out of the park I suppose. Charlotte gets a B- Grade overall.