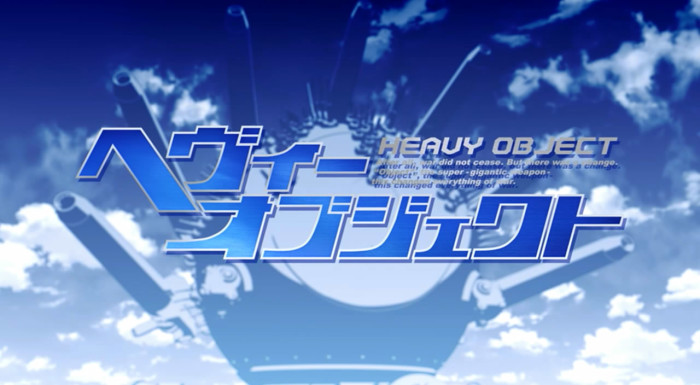 And so the fall season really gets underway. This was a pretty good first episode for Heavy Object. It did a nice job in getting into the setting which does require a fair amount of exposition and history lessons. We are talking about weapons that pretty well completely changed the face of war and how it is fought. It was necessary to go into that kind of detail in order to get across just the situation that exists in the world right now. War being fought entirely around the existence of Objects and even the world has condensed itself down with the fall of the UN into 4 large regions. Things are definitely different and even the people in that world have had to adapt to the changes.

I actually enjoyed the bit of history we got at the start. It was effective in getting information across and wasn’t boring since they did have some nice visual examples going along with it. You don’t just hear that these Objects changed war, you get to see it in action. These things can just steadily move ahead blasting down an insane number of planes, ships, tanks, etc. Even nukes can’t easily deal with them. While I suppose there is a question of whether enough nukes would bring down an object…it’s probably not very efficient. In the end it makes sense that basically the whole world would make this massive change in war and focus on these Objects. They are near unstoppable unless you have one yourself and they do limit the cost in human lives. You have a pilot.vs another pilot. It’s practically like condensing war down to individual duels. Just duels in massive war machines that could obliterate cities XD. An interesting point was made that war just comes down to which Object wins. Whoever loses their Object will basically just surrender outright and retreat. There is no point in trying to fight back after that point, you’d just be massacred. Plus the fighting is far off enough that everyone has some time to coolly decide to both retreat and allow that retreat. The danger of course is people kind of losing appreciation for the danger and death involved here. 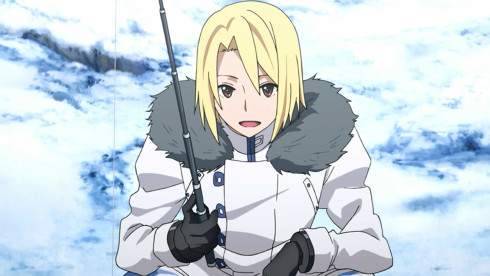 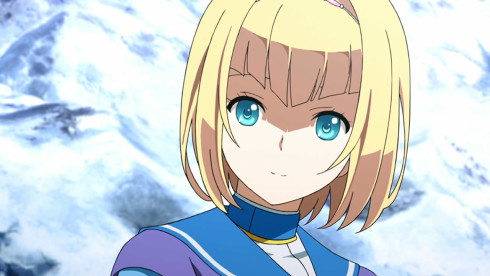 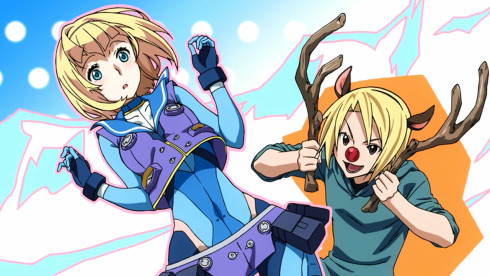 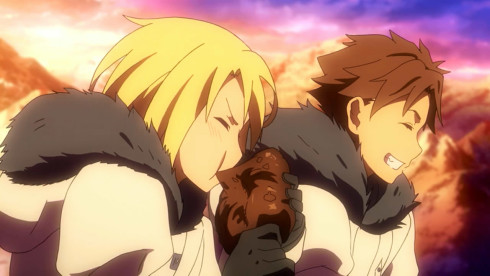 The main characters are an interesting mix, will take some time to see how they turn out. It’s kind of interesting why both these guys are in the military at all. They don’t care about wars or fighting or anything like that, it’s just about personal advancement. Havia needs to do something in order to prove himself to his family so he can inherit the estate and remain rich. Qwenthur (wow what a name) is also doing this to advance his chosen career. He wants to become rich being an Object designer so he’s out here to gain knowledge in the quickest way possible, hands on experience. I suppose for some in the military personal goals are kind of why you would be there, but it’s just interesting that neither are there for the standard reasons you might expect. This is just a short stop for them. Which makes sense since war has basically become insanely safe for 90% of the people involved. Only the Object pilots are really in any danger in a war now. Everyone else is just pretty comfortable and has to worry at most about things like the taste of rations XD.

Then of course you have Milinda who is basically just called “Princess” by everyone around her. So until people start calling her by name I’ll just continue doing that also XD. It’s interesting trying to get into her head a bit since she is still kind of a mystery. Maybe she is a bit more somber because she is the one who could end up dead in any given battle. She may be in a powerful Object, but that’s what she is fighting as well. All that firepower focused right on her. Her discussion with Qwenthur earlier was interesting since it did show their different perspectives. He is less bothered with winning and losing, but rather learning. So her Object is ideal because the standard is a great starting point for learning. For Princess the whole winning or losing thing is the whole point. If she wins then things are fine, but if she loses then she might end up dead. She is the one either taking lives or having her life on the line. I still find it hard to get a deep read on her character, but she’s an interesting person. Pretty level-headed, but perhaps because she is under a lot of stress. She is fighting in wars in something that is ungodly expensive and her life is one of the few constantly on the line. 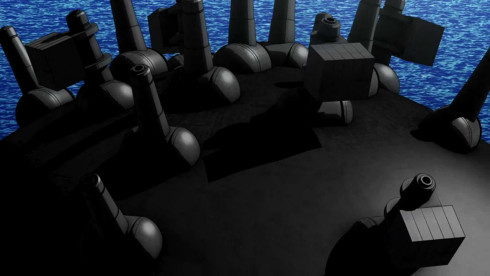 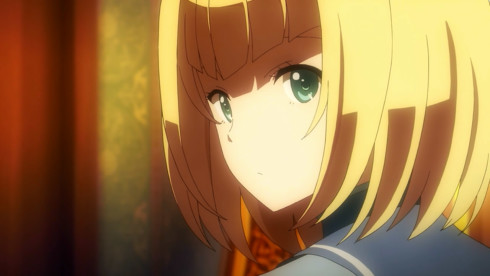 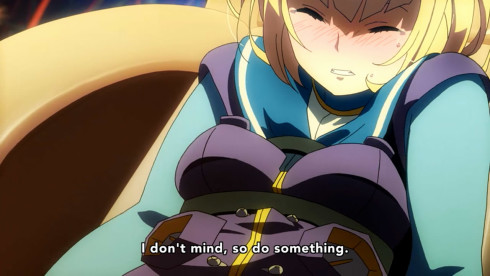 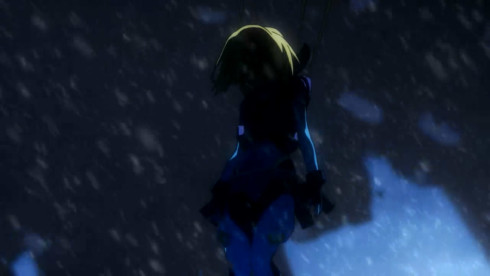 Of course things are not all fun and games as seen by the end of the episode. I’m not sure how to read it since it does feel like we just got launched forward in time just to say “yeah things are going to be tough.” With an Object you can safely engage in war without a care in the world. Someone spoiled by peace like our MC can do that. But for the rest? These things are monsters of destruction, anyone who gets in the way will be annihilated in an instant. Kind of shocked to see the Baby Magnum just blown apart at the end of the episode. Sure you could see the Princess get out of there thanks to a handy ejection system….but things are hardly good. It did prove the point though. An all-rounder fighting against a specialist in their territory….does not stand a chance. At least they don’t normally. Suddenly having to fight these things without an Object of your own? That’s a scary proposition.

I’m curious to see how the plot unfolds. While things were pretty light in this episode, clearly we are going to have wars going on here XD. The main character came all this way to be a student, but probably is going to find himself in a much more serious conflict than he would have imagined initially. He doesn’t seem like a bad guy, but curious how good his character will be. He seemed to slip between a normal person, to freaking out over Milinda when he had a chance to just stare away. That also gave them some time for fanservice which I’m not surprised about. Just curious if they will go too far with it as they might have with the belt scene. I mean I get a guy having an internal conflict over that situation, but the girl is struggling to breathe. If she didn’t actually eject herself she might have passed out before he had the nerve to reach in to pull on those belts. Hopefully Qwenthur can avoid having too many moments where you question his intelligence. 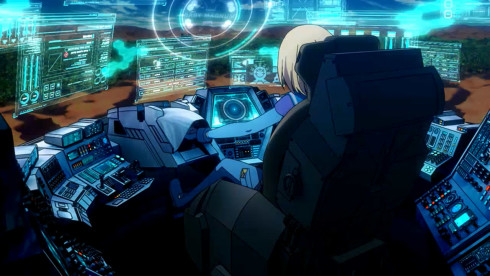 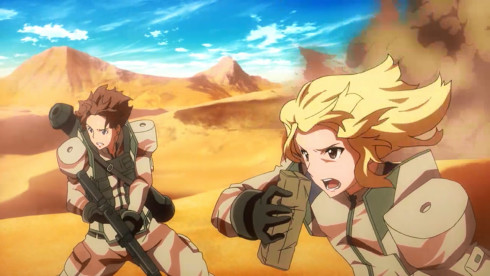 The OP was pretty good I thought. The song certainly had a lot of energy to it which is a good way to start off a show weekly. It does give the impression that this will be a show with its fair share of action. Curious how they’ll manage to get the male duo involved in things and even up the odds that are clearly stacked against them being the side with an older first gen unit. A lot of shots of the various characters we’ll run into and the various Objects. The more I listen to the song the more I enjoy it though. It just is a fun song to listen to, a lot of energy and pop. 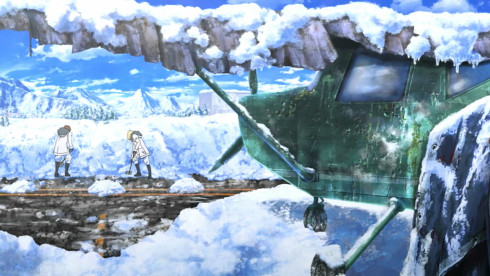 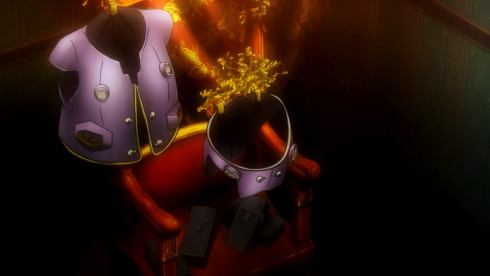 Overall I’d say this was the kind of start I was hoping for. The Fall season will need a lot of excellent series and this could end up being one of them. The characters seem pretty good right now and there is potential for some excellent mecha action as well. I like the change that Objects bring in comparison to the more flexible Gundam-like units that you’ll see in other series. They are these massive war machines with enough guns to level anything in their path. Personally, I think that is rather cool XD. Let us hope this show doesn’t disappoint. It had a strong first episode with good pacing. I didn’t feel there was too much exposition, just enough to get the point across. Can’t wait for the next episode to see how things unfold after that ending. No certainties with the start of the season whether I’ll be picking this show up full time, but definitely will continue watching.
Score: A