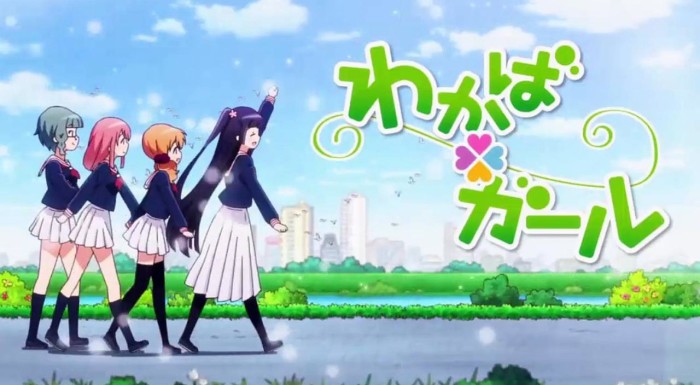 While the two seasons of the anime adaptation of the (justly, in my opinion) famous manga Kiniro Mosaic by Hara Yui have both garnered a fair amount of attention in anime circles amongst a certain audience, relatively little is known of her other works, one of which was completed in a single volume under the title of Wakaba Girl. This volume, finished in 2013, was turned into a “shorts” series (each episode being about 8 minutes long) this past season and was one of those series that again seemed to go unnoticed. Admittedly it was no masterpiece, but I was surprised to see blogs and posters on discussion boards who would normally discuss other adaptations based on Kirara manga series unexpectedly silent about this series, which was a shame – I felt it definitely had a place and did a good job for those who enjoy that niche of anime and manga. 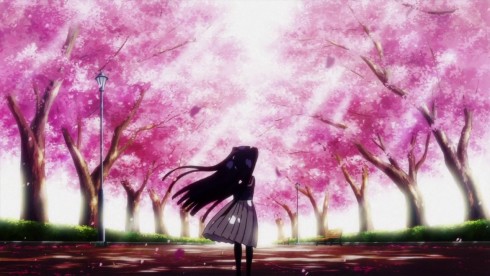 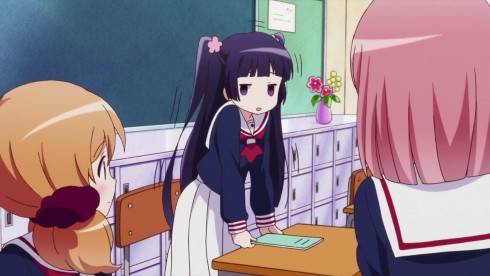 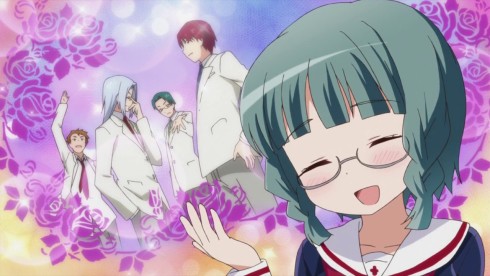 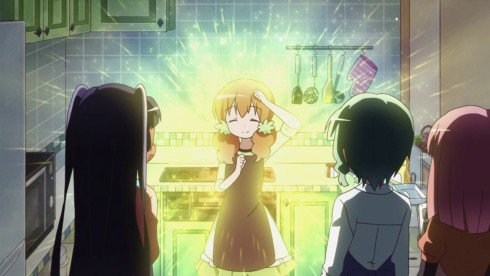 The story itself, like other anime based on humor based 4koma style manga series, is fairly straightforward – it centers around the activities of Kohashi Wakaba, “a slightly out-of-tune super” daughter of a well-to-do family, and her friends. Wakaba (which literally means “young leaves” in Japanese) looks like an elegant rich daughter, but she admires the trendy “gyaru” fashion subculture. There is also the pure, innocent, fairy-tale-like Moeko, who is extraordinarily unathletic but also very skilled in cooking. Mao is capricious and behaves in her own way – very much the sort who marches to her own slightly odd and off-kilter drum beat. Nao used to be an athletic type of girl, but now loves the boys-love genre. She is also the one who makes the tsukkomi, or the “common sense comebacks or comments” on the odd behavior of the others. 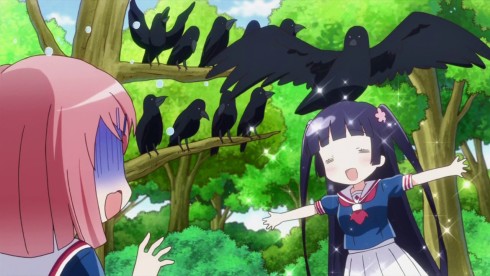 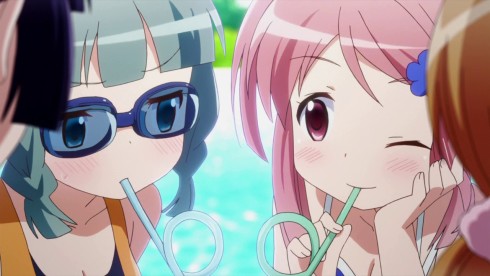 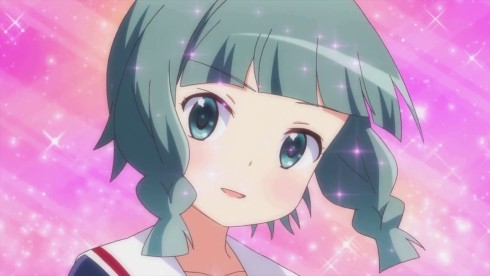 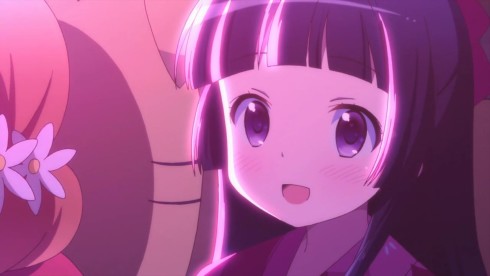 It would not be far off to say that what really makes this anime series (and manga source) really work well is Wakaba herself. She is the classic image of a warm and kind hearted, gentle yet sheltered ojou-sama character who, when given a chance to begin coming out of her shell really begins to bloom. She is very fortunate in becoming friends with a group of friends who are all equally wacky and … well … patient with Wakaba. What’s more, they do not take advantage of her or especially her (seemingly limitless) wealth. Wakaba is also not intelligent in any out of the ordinary manner (though she has incredible natural athletic ability), a few qualities that are rarer than more common in characters following this type. But the overall result of the four of them interacting is almost as dear as the characters from the famous Kiniro Mosaic; that is, it is incredibly endearing and warms the cockles of one’s heart. ^^ 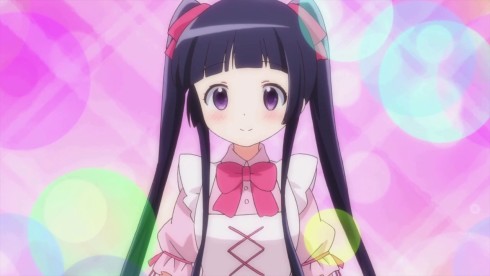 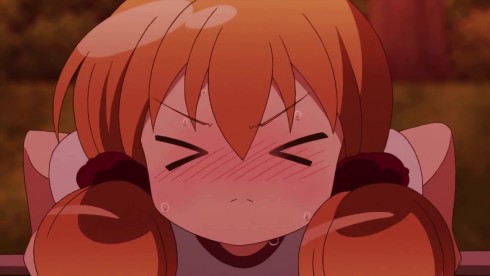 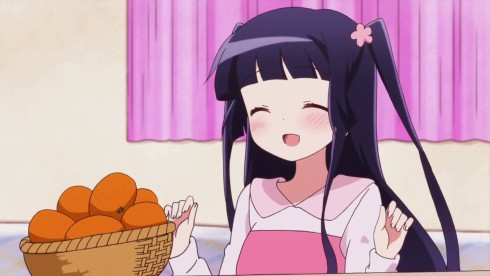 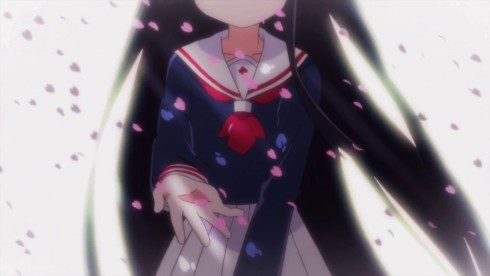 This little series is definitely not for everyone, something I find even more pronounced when it comes to shorts series, interestingly, but from all that I have heard it seems that it was extraordinarily faithful to the manga source, and I mean faithful to the point of often literally blow by blow dialogue and interactions without changing a single thing – something which both surprised and delighted me. The summer 2015 season certainly was marked by a wide selection of excellently done and faithful adaptations (perhaps with Rokka no Yuusha standing near the top of the list with Akagami no Shirayuki and Shoukugeki no Soma) … but of them all it seems Wakaba Girl was the MOST faithful, and still flew under the radar! I myself would love to see more of this, but considering the dearth of material I kinda doubt it. Well, in that case I think we should be especially thankful for what we got. It is always a delight for me to see an adaptation done with care and attention to detail. I will happily include Wakaba Girl among this selection. If you have not given it a try and enjoy this kind of content do give it a try!