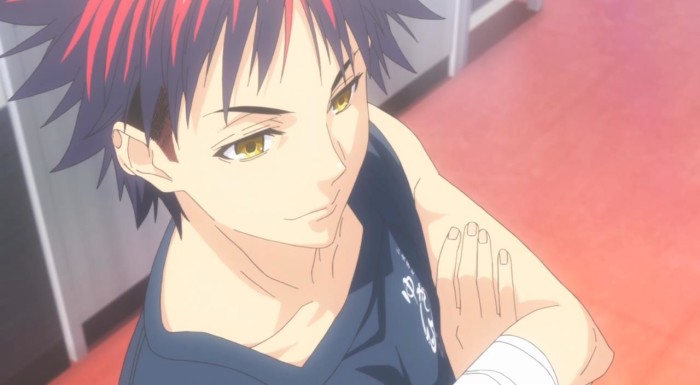 True to itself till the end, Shokugeki no Soma ended up finishing off its animated run with another solid episode, one that stands to exemplify everything that makes the series such a unique and special gem.

The end of a season is generally a pretty painful time, and Summer 2015 is no different, with some of my personal favorite series making their exits. I’m definitely in a period of mourning for all the great series that have come to an end, but I really do believe that Shokugeki no Soma is the one that deserves special grieving. The real tragedy with this series is the fact that it really is ending after only 24 episodes, where I think it would do great as an ongoing series. 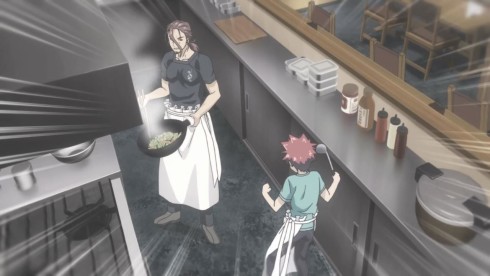 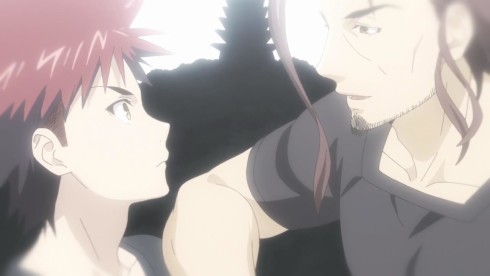 There were some strikes against Shokugeki no Soma’s chances for a continuation. For one, its being done by J.C Staff, who… While they do stellar work, rarely if ever do ongoing series. So there was a certain amount of writing already on the wall as soon as Shokugeki no Soma’s studio was announced. The other prime problem was the fact that surprisingly, the series just didn’t do well in Japan in terms of disc sales.

That’s the part that really astounds me, if only because Shokugeki no Soma is not only a really great show, but one that’s ripe for commercial success. Its got very attractive and likable female characters, its got a very riveting and exciting story, there’s a unique and insightful love of cooking buried in there and the source material is its own powerhouse. The shounen esque battle segments can easily appeal to the younger male demographic, the ecchi elements to the older, and the cooking and general entertainment is something made for pretty much anyone to enjoy. 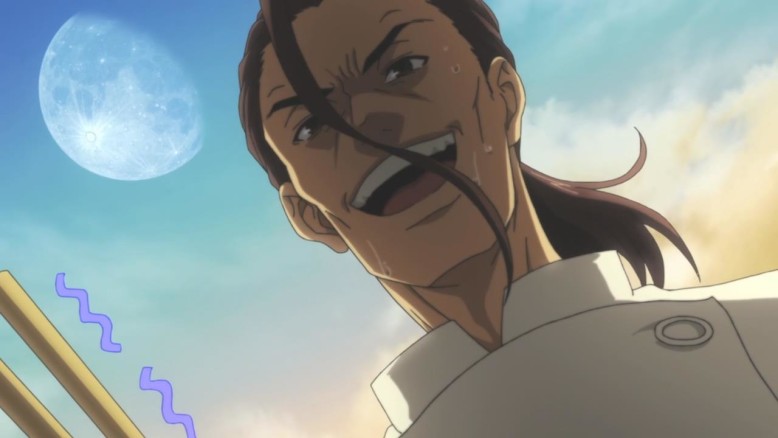 I’m not exactly sure what Shokugeki no Soma did wrong, but the anime series itself wasn’t it. Take the last episode for instance, which serves as a prime example of why the series is just so darn awesome.

For one thing, the most important element to the show is that its just very engaging. We lost a bit of that last week, but generally speaking, when the show put the focus back on Hayama and Souma, things just skyrocketed back to exciting. The prelims really were about whether Soma could take down Hayama and emerge on top, and the the outcome of that was never really something that was a sure thing. 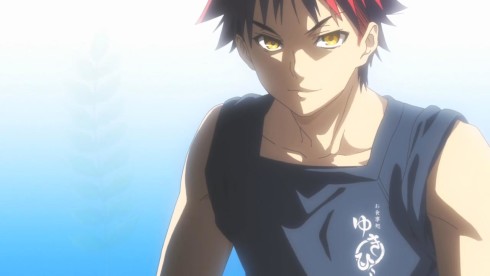 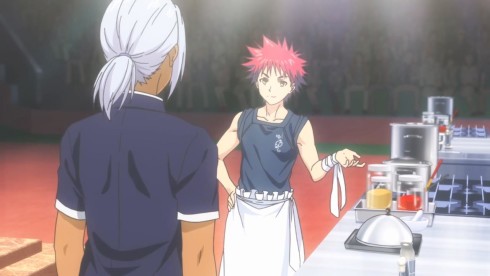 The OP shounen lead was a trope that Shokugeki no Soma wore proudly on its sleeve at first, only to full deconstruct it later. By building up Soma as someone immensly talented, and then having him slowly be brought down to size, the show managed to add an element on unpredictability, while still having a character that feels like he may very well win it all

That uncertainty of potential failure, mixed with Soma original qualities of being able to adjust to any situation really culminated in an exciting match for the show’s final episode. With Hayama, the show not only provided a worthy opponent, but one that clearly had the odds in his favor. Still… With the sheer confidence and bravado that Soma displayed, you clearly expected him to win. 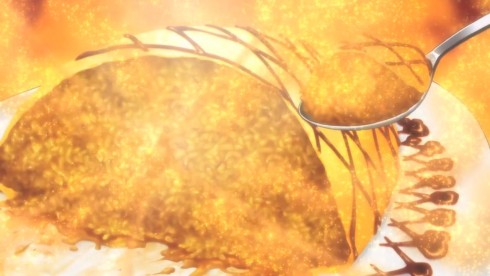 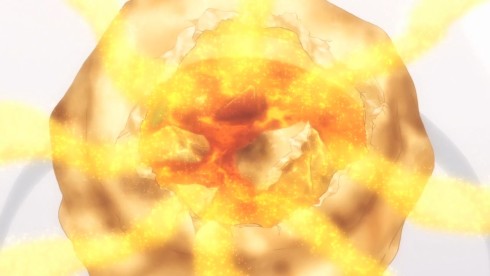 What I think, really brought this episode together was the fact that both Curry dishes were novel and interesting. Hayam’s was clearly reminiscent of a pot pie of sorts, but with Naan and Curry as the ingredients rather than the traditional pie crust and soup inside. Soma’s on the otherhand, was Omlet rice, charged so powerfully with Curry and the Mango Chutney.

I’ll confess, when the Mango Chutney came up, a part of me was both happy and genuinely excited. It spoke to the Indian/Pakistani person in me, who very well knew what Manga Chutney was, and then seeing it used as an ingredient rather than a condiment blew my mind. It was genius, and really something truly could work, provided you handled its rather strong flavor correctly. 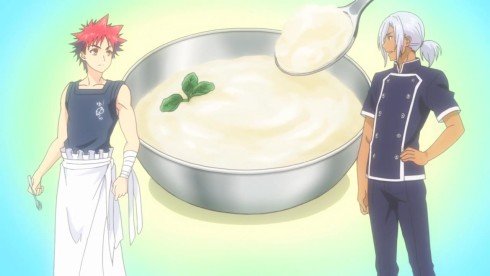 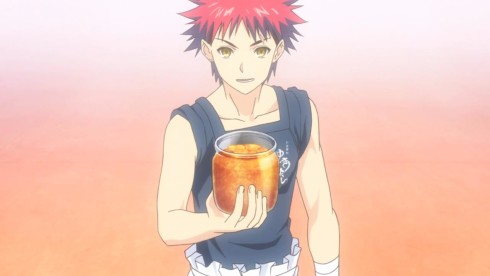 Hayama’s use of Yogurt as well, a classic tactic in dialing back strong flavors with Curry, something that I myself end up using if something becomes too spicy or strong. It was that extra touch of detail, that proof of authenticity, that really elevated Shokugeki no Soma to new heights. Tsukuda Yuto-sensei has clearly done his research here, and that was something that I felt kind of absent from the dishes we got in the last episode.

But really, it was the combination of solid cooking ideas mixed with some truly intriguing and likable characters that just drove the competition home. As the music built up, and the judges prepped to render the verdict on Soma’s dish, I couldn’t help but silently pray for the guy to win. I didn’t care if it didn’t make sense, if it was contrived for Soma to win in this situation, I WANTED it to happen. 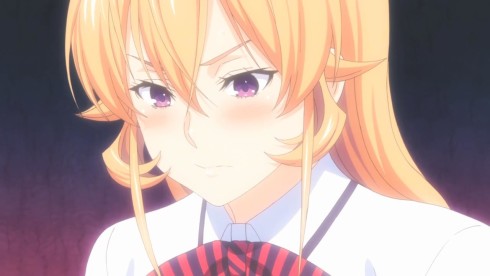 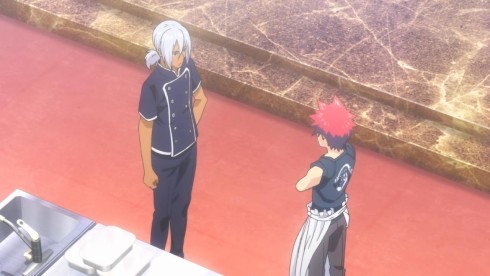 To Illicit such an emotional response is why Shokugeki no Soma is the cream of the crop in terms of Anime. To top it all off, when Soma ended up losing by one point, but winning over more judges overall, I couldn’t help but feel satisfied. In terms of results, that felt like the most perfect outcome. Soma was rewarded for his efforts, he almost one upped Hayama in some ways, but still couldn’t quite “win” in the grand scheme of things.

From a thematic, buildup stand point, it just doesn’t make sense for Soma to win and come out on top just yet. The fact that he ended up tieing with Ryo rather than outright snagging the second spot, was felt pretty right too. 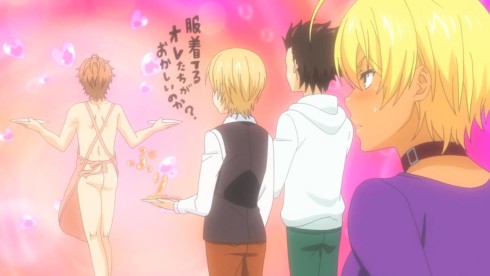 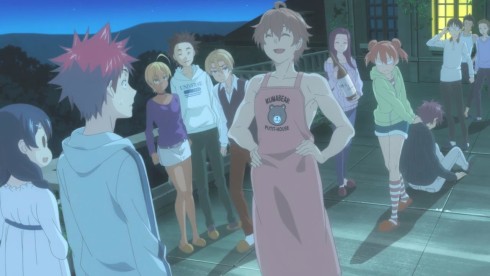 What followed, was pretty nice too. We got a moment of all the characters celebrating the win and having a good time. For me personally, its nice to see the Aldini brothers and Nikumi join as extended members of Soma’s social circle. Credit to both Takumi and Nikumi, they both were totally team Soma once their own battles were done, and the results happened. The after party was one of those slice of life moments that just bring the Shokugeki no Soma experience together, with those signature high school elements.

And if you’re into Shokugeki no Soma for the shipping, then team Megumi x Soma had a pretty solid win right there. Its tough to say whether Nikumi will ever really have a shot with Soma (my instincts say otherwise), but with the nice moment that Megumi and Soma shared on the balcony, I’d say Megumi’s got quite a lead over the other candidates. 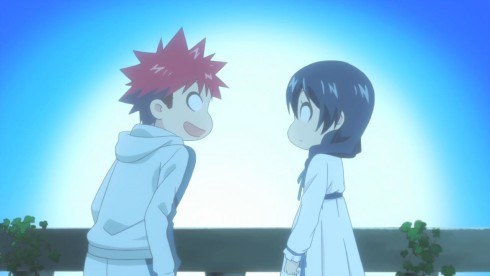 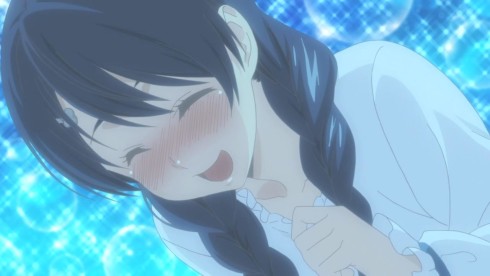 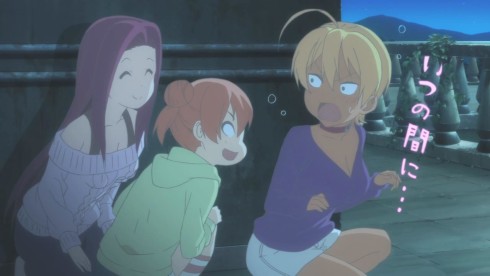 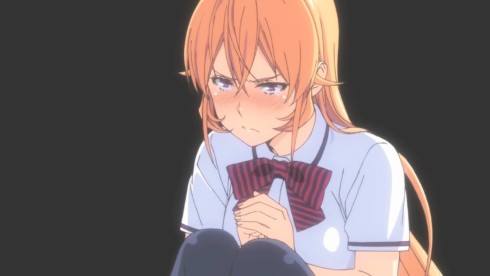 There was the odd scene of Erina acting all Tsundere over Soma’s cooking, but honestly, it just didn’t jive with me, as it hasn’t throughout the series. In a sense, the series maintained both the good and some of the bad in the last episode. There was some fanservice stuff too, but it felt restrained and less over the top than what we’ve seen from this series. Its kind of sad that a lot of people actually got put off by the fanservicey bits of the first two episodes, because those two episodes really misrepresented the series, and scared off potential fans.

The final few scenes, with the series literally checking in with every important character we’ve seen thus far, was the classic “This isn’t really the end of the story but we need to end it here” scenario at play. It felt off, weird and was less than ideal. If there is the one strike against this episode, its that one fact; The series ended with this episode. 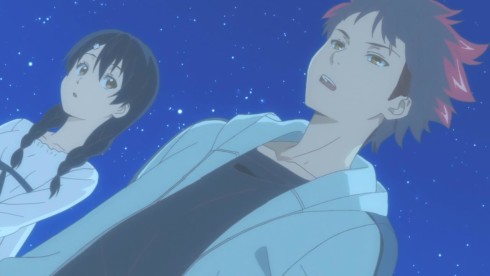 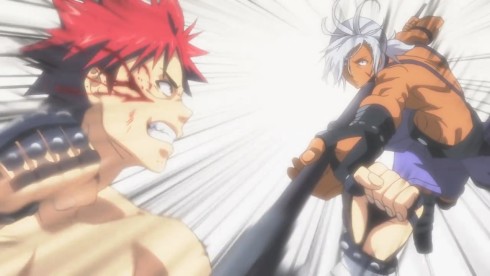 And that brings us pretty much back to what I started off this post with. Its just sad and disappointing that Shokugeki no Soma isn’t going to continue its animated run, and instead is forever doomed to join the ranks of those 24 episodes series that are nothing more than extremely well done adverts for their source material.

In this case, I think, I’m definitely sold on the source material. Going forward, it’ll be another manga that I’ll follow and read, but I think J.C Staff and the Anime Production staff have made a serious case for why the premium medium for this story is indeed an Anime series. I mean, just that one scene of Soma and Hayama going at it, boxer vs spear wielder was something you can only truly appreciate in anime form! 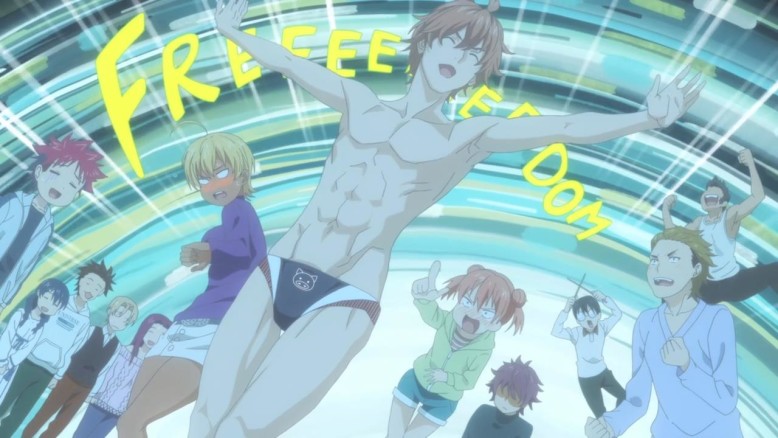 Well, reality is what it is regardless of what we or I may want. The series is done and over. Now.. Who knows, maybe we might get a second season later down the line. Stranger things have happened, so there’s that. In any case, the bigger question will always be: “Was Shokugeki no Soma worth the journey even if it didn’t complete the story?”

For the answer to that question, I’ll just point to this episode, and let you draw your conclusions. The show speaks well enough for itself.