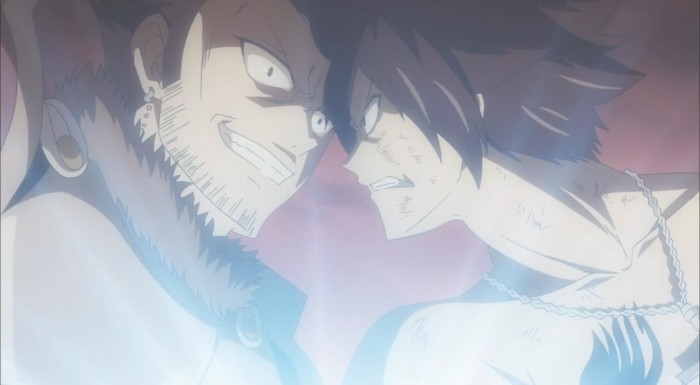 Its a great time to be a fan of Fairy Tail, but if you’re both that and a fan of Gray Fullbuster, then its pretty much an early Christmas this week. Its been both satisfying and fascinating to see Gray really come into his own in these past few arcs, culminating in one of his finest moments this week. 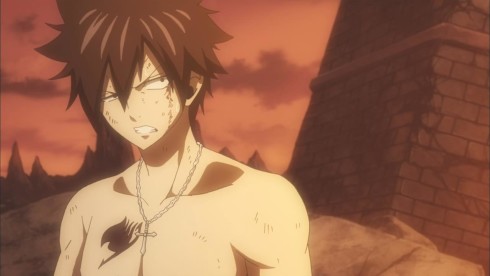 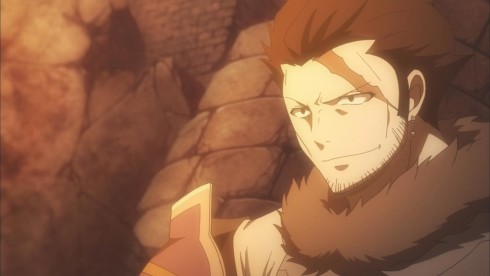 There are various suspicions and theories on why Gray was kind of mishandled in the previous arcs (particular the Grand Magic Games) but I think Mashima-sensei more than proves how much he gets his own creation. What makes Gray such an interesting character and fighter, is that his power actually relies on his creativity and thinking. Even more so than Natsu, who finds creative ways to brute his way through his challenges, Gray’s battles are all about out thinking his opponent and using his powers in unique and interesting ways.

The battle with Silver, was very much that way this week. Silver/Deliora had the power of Ice Magic at his disposal, so it made sense that he’d be able to both overpower and Nullify Gray’s attacks. Not only did Gray display his most powerful and gigantic Ice Make Magic attacks, but he also used Silver’s own powers and weaknesses against him. 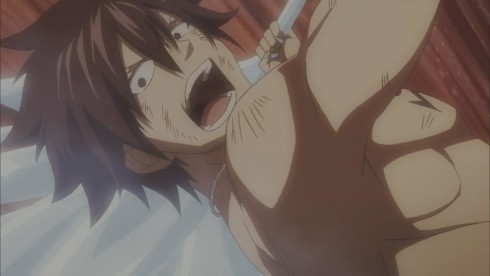 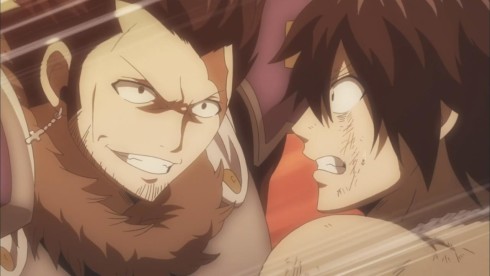 It was just so gratifying, to see Gray not only stay one step ahead of Silver, but the audience as well. Every time Gray pulled out a fake, or threw Silver for a loop, I was right there with Silver, confused and very interested. That unpredictability in a battle, added with it all making sense and feeling clever when it’s all revealed, is exceedingly hard to do. Mashima-sensei and the anime production staff make it look so darn easy though. The animation in particular, for the entire battle, was just great and above the usual disappointing rabble we tend to see.

My favorite moment, was when Gray not only used his Ice Make Magic to attack Silver with Debris, but also when he forced Silver to dig his own grave via the Ice covering. It was a nice little callback to the little talk he had with Natsu too, where Natsu outlined how absurd it was to eat your own magic. Using that against Silver, was pure genius, especially given that we’d previously seen Gray command mastery over the Pink Ice before. 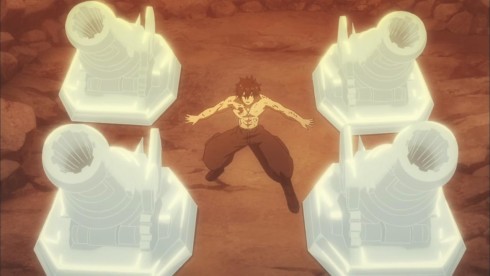 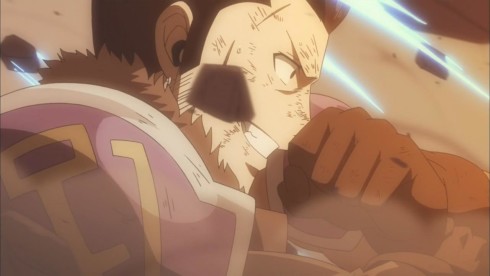 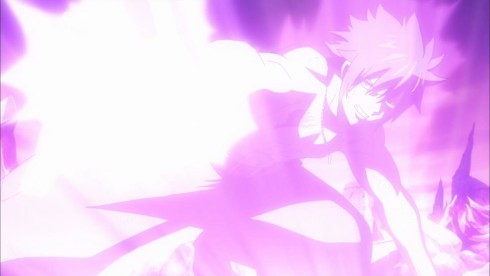 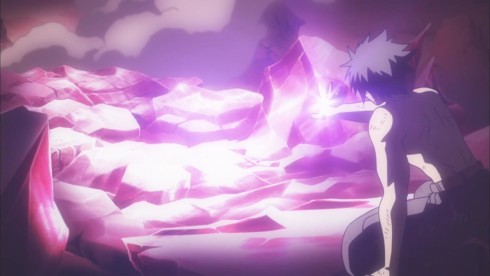 There was a nice bit of tension involved in how Gray would ultimately finish off this fight too. The little foreboding in the last episode, with Keyes suggesting that Gray was going to repeat history and use Iced Shell, was a fantastic element that kept things genuinely tense throughout. It did very much seem like Gray might indeed have to sacrifice himself in order to win the day.

I think it’s also the fact that the Tartaros arc has built up a sense of loss and tragedy thus far. Lucy’s hard to sacrifice herself, so has Laxus and even Wendy, so it was possible that the sacrifice that Gray might have to make would be the ultimate one. Bringing up Ultear in the flashback was a pretty smart move, as her sacrifice embodied the noble nature of self sacrifice. 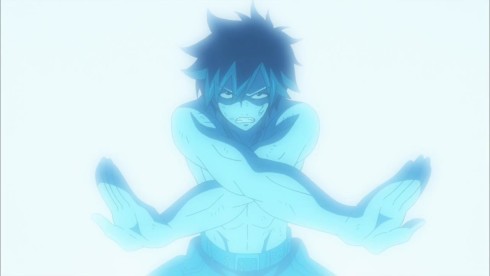 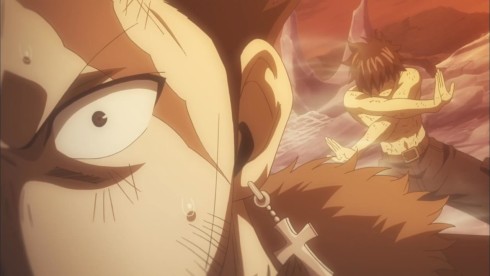 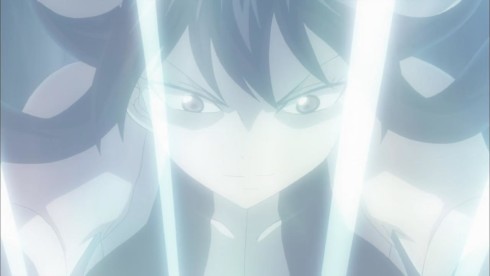 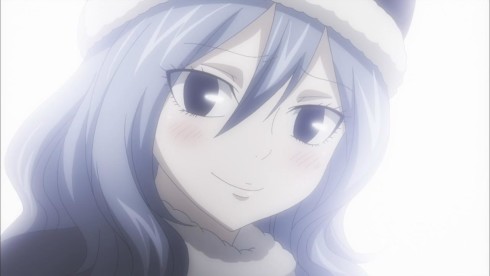 It wasn’t lost on the Gray x Juvia shipper in me that the last person he saw right before his final attack, was none other than Juvia. At this point, that pairing is more or less cannon and a done deal. We may never get a “moment” on screen to celebrate it, but make no mistake there.

But I think beyond all of that, the true genius of this battle, the thing that made it so satisfying and great to watch, was the fact that Gray found a way to rise above it all. Rather than get himself killed, he found a way to defeat Silver that didn’t involve Iced Shell. More than that, he used the threat of the Iced Shell as the ultimate bluff. Just… Wow. 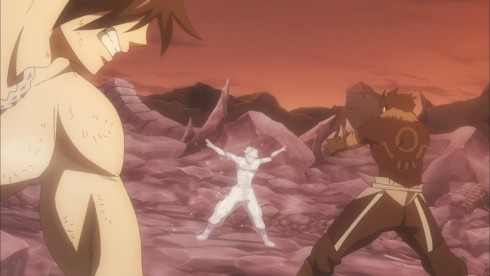 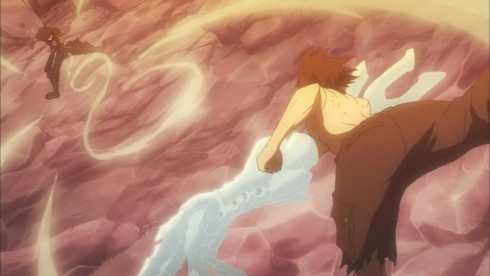 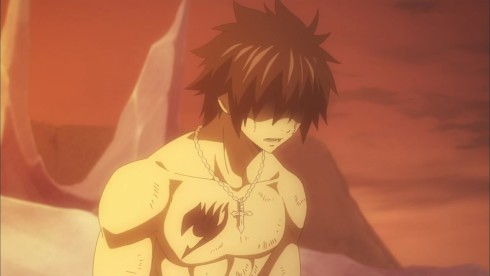 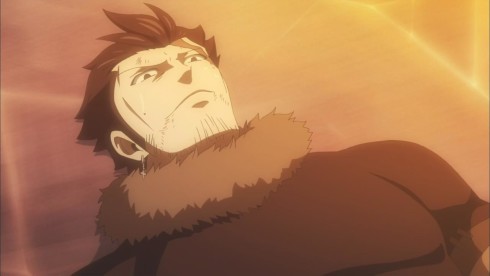 Man, has Gray really come to meet the potential that I’ve always felt he had as a character. Of course, in classic Tartaros fashion, there was one more curveball to throw at us before the episode ended; Silver was not, in fact, Deliora. I’ll be honest, that doubly whammy of a twist has left me pretty confused, bewildered and darn hungry for answers. Not that that’s an invitation for spoilers mind you, just that its really really engaging as far as a mystery goes.

What is Silver’s real story? He is indeed human, even Keyes refers to him as “that man” instead of demon, so he clearly IS human. That’s something to anticipate for next week I suppose. 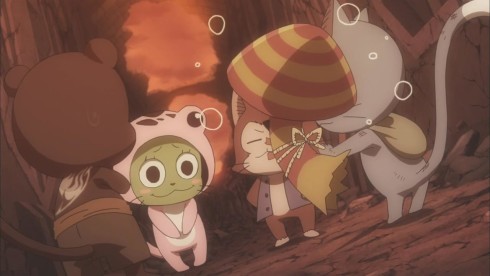 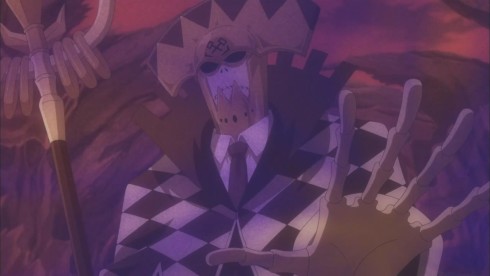 Beyond all of that, I will say that the only reason I don’t rate the episode any higher is because of the filler segments that really did just take me out of the action at times. This episode did suffer from a bit of a recap (though it wasn’t horribly distracting), but every moment we pulled away from Gray to the Exceeds or to Natsu and co, just seemed like wasted time. The only moments that truly did make sense were the ones with Juvia, but those were few and far between.

In the end, I’d say this was an awesome episode, and a real treat for Gray fans. All the while, I think I genuinely get more and more scared the more awesome moments happen. I feel like this arc has something intensely emotional planned still, and I’m dreading the other shoe dropping. In any case, this is just… engaging and stelllar entertainment through and through. 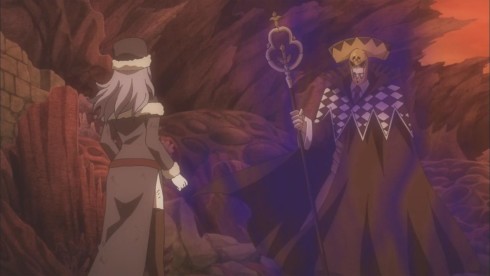 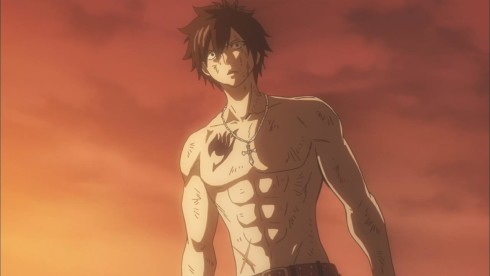 The truth behind Silver is REALLY revealed next week. 7 days more to go! >_>