When the first season of Non Non Biyori aired I found myself strangely conflicted by it – it had everything about it that I should have enjoyed and savored, but there were elements to it that bothered me, specifically elements in three of the four main characters that felt very … unnecessary to me … almost as if they were gratuitous “add-ons” designed to increase sales. And when I went to look at the source manga I saw these few elements were indeed present, but not to the degree that they were emphasized in the anime adaptation (at least in my opinion). It made for my assessment of the overall season to fall to a “B rank” roughly, which was a pity, because it had moments in it that were absolutely incredible at times, especially when centered around the portraying of the youngest character (Renge) and her silent reactions to encountering the nigh-inescapable aspects of our life in this world. 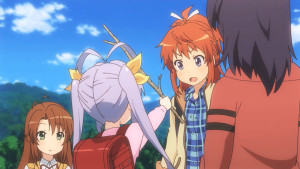 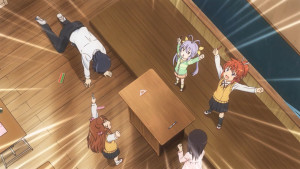 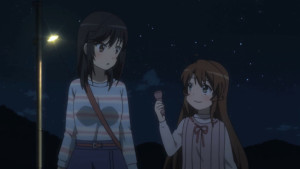 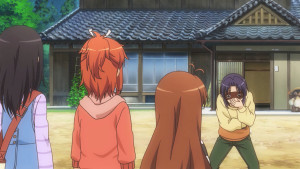 Well, with season two almost every single aspect of season one that felt unnecessary to me was brought up, but to my delight they were placed in a different place and context and emphasis … one far in the background … and while continuing to focus on the strengths of the first season it further enlarged on the the other three main characters as well. The result was quite a delightful surprise – this series just was consistently good, really good, and when it was over it delivered a powerful overall punch. In many ways the second season for me was more “what it should have been” and much stronger than the first. It reminded me how the second season of Kiniro Mosaic was able to accomplish the same thing for many people as well, and having experienced a similar thing with Non Non Biyori I feel I can better appreciate where those people who felt the second season of Kiniro were coming from. Non Non Biyori Repeat was absolutely enjoyable, plain and simple. 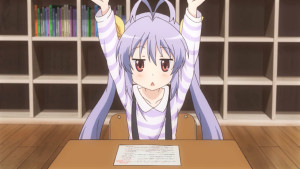 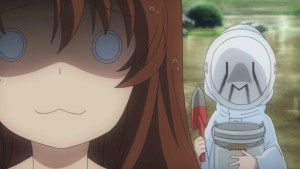 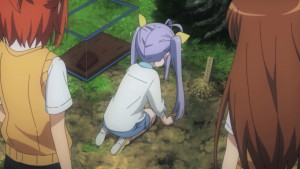 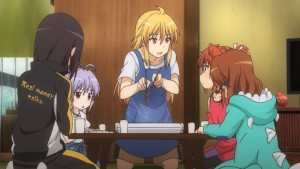 Some of the elements that were relegated to the background in this season that felt out of place in season one included: 1. Portraying Hotaru’s interest in Komari as on the level of a creepy stalker, 2. Komari being portrayed as a shallow, bumbling backwater hick, and 3. Natsume being portrayed as a cruel bully with little to no intelligence. All of these elements were emphasized in season one, I felt, as if they were amusing and as if they would “sell” humor-wise. For me they all fell flat and bothered me. However, in season two these were put in the background mainly by enlarging on these three characters as a whole, and showing that these aspects of them are decidedly side aspects to each of them in the light of the whole. Hotaru is shown for what she really is – which is an innocent, pure-hearted ten year old girl in a body that has matured unexpectedly quickly. Komari is shown as a wholesome and endearing young lady with an interest in city life that comes across more in the realm of normality. And Natsume is shown to not be so nasty (just the normal level found in some mischievous young and energetic and active kids, particularly in interacting with their siblings), and also very much of a talented hands-on type person who both loves and feels more comfortable in the outdoors while not being much of a “book smarts” sort. When blended with the strong image of Renge these three characters made for a consistent “reveal” of good, solid, endearing and funny content that just “worked” comedically – at least for me. 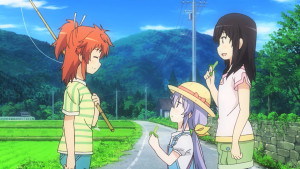 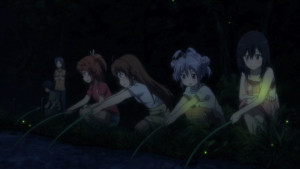 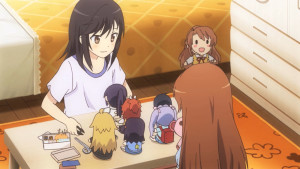 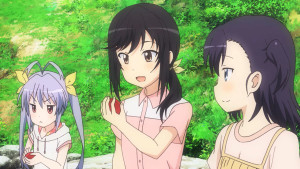 However, just as in season one, the star of the series in the second season as well was Renge. Renge is a first grade student, yes, and generally very much “acts her age”, but she periodically shows flashes of being incredibly intelligent and perceptive. What I wrote about Renge in the First Look I gave this series at the beginning of the Summer 2015 season still holds true – through her character we are given a peek into the mind of a child with great clarity. The mangaka (and the anime studio – Silver Link) is really able to bring across a bit of the simplicity, trustingness, wonder and spacey-yet-sharp mind of Renge … although she manifests the latter in weird ways, places and timing. In manga this has been done in a few places over the decades, with the most famous being the near-inimitable Yotsubato. I feel that Renge is the  closest anime similarity to the lead character in the Yotsubato manga – named Yotsuba. One of the hallmarks that the Non Non Biyori series as a whole that is most effective is with the use of silence on the screen itself while the characters (most often Renge herself) silently gazes on the situation – the silence speaks volumes in these cases, and often are able to speak more eloquently than any dialogue that could have been written. 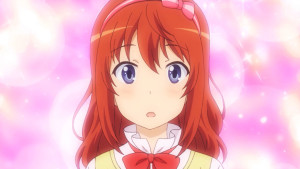 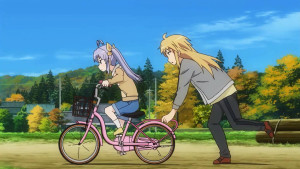 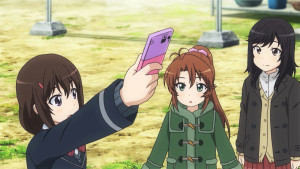 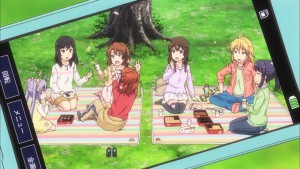 It is not just the children interacting with one another that make the series what it is, it is both the “secondary characters” (in particular the interaction between Renge and “Candystore”) and the continually, lovingly and lavishly animated setting, which is almost strong enough to be a character itself, and the delicately and intelligently chosen soundtrack of the background music. And speaking of music, the ED for the series worked well, yes, but the OP for the series, despite its unusual blend of banjo, electric guitar and nano.RIPE vocals, worked really well, and perhaps was among the most “effective” (if not THE most effective) of any OP I watched this season. With the second season I found myself effortlessly drawn back into the slowly moving, quiet current of the story almost immediately, yes, but I also found myself drawn in deeper, and to me that was simply due to the series “learning from its missteps”. The second season was downright great, and well worth watching (and re-watching, in my opinion). Do consider giving it a chance if you like this sort of content and have not yet seen it! Thank you so much for this season … and hope to see you in a third!