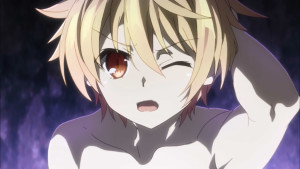 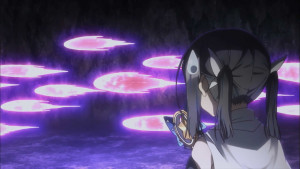 Well….that’s probably the first time we’ve ever seen that kind of thing happen XD. It’s tough not to start with discussing the end of this episode. We basically got the reverse grope. We’ve seen in anime a million times the harem protagonist end up grabbing a girl’s breasts without realizing it, this time we just kind of reversed the genders for this one. It was a hilarious way to wrap up the episode after all the danger and tension that had filled up the episode. The real craziness will get here next week, so this is probably the last chance for a while to really just do something purely silly.

I mean….Illya just knocked the Gil out of Gilgamesh….if that makes any sense at all. There’s just no way not to cover this with some Fate knowledge at this stage. Illya had a gut feeling that what the shadow Gilgamesh was doing wasn’t good at all. That if he was left alone for too long then it might be too late to do anything. That probably was the right choice and the logical move. We can see here that Gilgamesh was basically turning from a shadowy being into a human there. If Illya and Miyu stood by then the possibility exists that he would have emerged as the Gilgamesh we know from various other Fate series….and the world would have been screwed. You don’t need to know that much about the Fate series to know that Gilgamesh is insanely powerful and dangerous. With a logical mindset (as logical as he gets) he could basically be unopposed on that planet. So it was definitely the right choice to try and intervene. 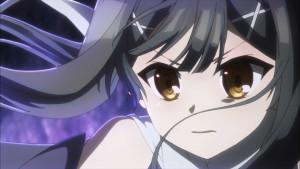 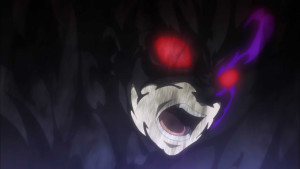 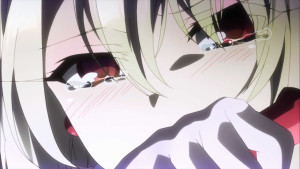 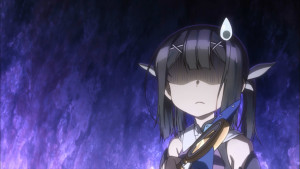 Whether Illya’s attempt works out for good or bad is uncertain at this point. The effort did work. Gilgamesh didn’t become a full grown person. But he did emerge from that a short younger person. Someone who looks about Illya’s age (and actually probably one of the first male characters that is in her age group in the show so far). Now if he is still Gilgamesh as we know him….this won’t be good. It’s not like his size is all that important in terms of his ability. Gilgamesh isn’t a pure fighter type, he just using an insane amount of noble phantasms. The other issue is what his mindset is. If he is the regular Gilgamesh then they aren’t in a good spot either. Though he didn’t quite seem like the regular Gilgamesh at the end….it was just the last few seconds of the episode and a comedy scene so probably shouldn’t read too much into it.

The other issue is what happens with that shadowy Gilgamesh. It still existed and was conscious. Whatever is going on….he didn’t look happy. Though I suppose last week he got punched through the chest and this time he had an entire person fly through his body (along with part of himself). Not sure what kind of move that thing is going to make next. There are just too many unknowns. 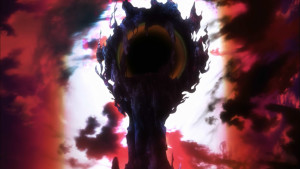 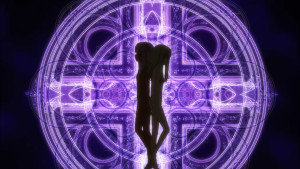 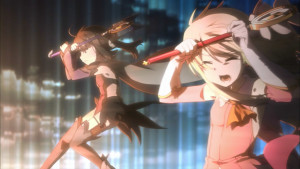 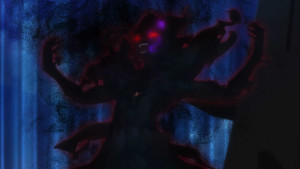 This episode was determined about moving the story ahead and definitely required some time to take it all in. They basically did more explaining about what the heck the holy grail is than any other Fate anime. The role of Illya/Kuro as lesser grails, the larger formula involved, and just how it all works. It did make for an interesting bit of information revealing and certainly brings those who aren’t familiar with the Fate-verse up to speed a bit. It did make an interesting point that further complicates things. Based on what we know from this episode, the Einzbern grail war is technically unreleated and there is another grail war at work here. We already know that the Einzbern war didn’t involve cards, but rather fully summoning heroic spirits.

The big question is who is behind this other grail war? It seems likely that Miyu is on some level related to all this but hard to really go into much detail since they haven’t given us that much. Right now that shadow Gilgamesh was basically using the incomplete grail formula to create a body or something of that nature. But either way the immediate threat is Gilgamesh. If they can’t put a stop to…well both of him, then they are in a great deal of trouble. We are talking about a guy that has basically his own plane and managed to obliterate an entire mountain in almost an instant. Someone who managed to bust through the mirror world and cause havoc in the world of Illya and company. They have to find a way to stop him. 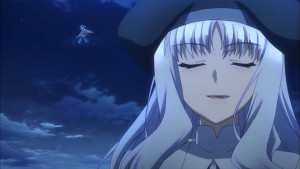 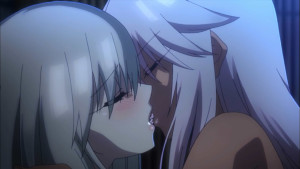 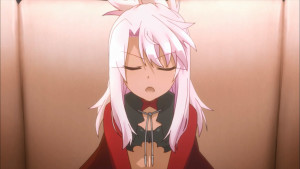 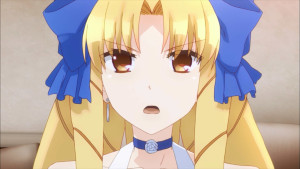 Caren was an important figure to bring into events here. She made some good points and did calm everything down. Rather than having everyone freak out they could take a few minutes to rest, recover some stamina and prepare for what is ahead. She really does have a warped attitude, but at the very least she made good points. Caren forced the group to think and despite working for a rival organization (well technically more an enemy to the elder characters in this group) she helped out quite a bit just by insulting people and making them use their brains.

Of course can’t have a big fight without quickly moving on to another Illya and Kuro “magic recharge” scene. And even with that scene they did move the story along. Kuro made some good points about something weird going on and hinting that it does have to do with Miyu. Illya can’t keep on ignoring things with Miyu since she’s definitely connected to what is happening. Collecting this card just got a lot more complicated. And no doubt about it, this was one of the more intense recharges so far. It didn’t go on for very long, but no hiding that the show definitely enjoys using that fanservice. 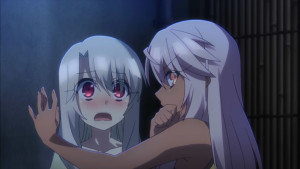 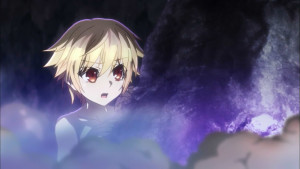 Now we just have to wait and see how things go from here. Obviously the fighting is going to pick right up next week once Kuro and the rest arrive on the scene. There is going to be chaos with mini-Gilgamesh and what his goals are. In the end this is someone who was relatively unphased from a pretty strong tackle from Illya. Can’t take him lightly. This was just a fun episode in a lot of ways even if it spent a lot of the time just explaining what the heck is going on here.
Score: A