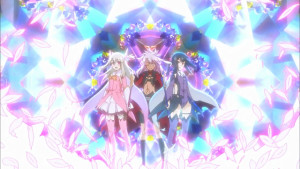 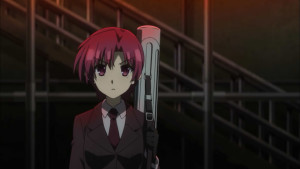 Holy crap! I think it’s safe to say that Illya has officially arrived. It took half way through, but we have officially reached the awesomeness that the first two seasons had. The showdown against the 8th card was everything I could have hoped for. The action was great, it was intense, dangerous, and the cast just threw everything they had at this threat. It was basically entirely about this one fight, but it was so good that I barely noticed how much time was passing. This is a hard episode to talk about in some respects, since getting across how good an action episode was….kind of demands that people just go and watch it.

There was a bit of light fun at the start and then it was basically all business. Having Kuro join in with Illya and Miyu for a transformation sequence was entertaining. You saw last season that she just goes when it’s necessary, but when part of a group…she can milk that out a bit. Of course the show has to use Ruby to basically bring a bit of humor to it. The show has the transformation sequence, but does fully acknowledge it’s more fan service than anything else. Heck it even acknowledged that it felt like forever since they had once, since the first half of Herz was entirely slice of life. The only other bit of fun that they had was about Bazett potentially being late and leaving her behind. But she was literally right on time, landing the moment she was supposed to be there. 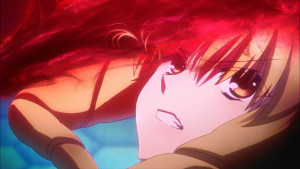 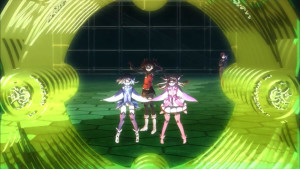 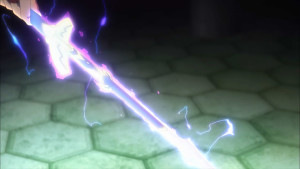 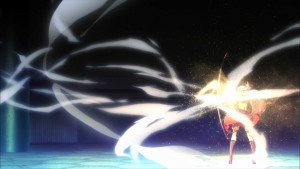 It was rather sporting of Bazett to give the main cast the first shot. Maybe they would get the card, but maybe not. She acknowledged that they took care of passage this time (though since she captured cards herself she must have had people who could secure her trip to the mirror world), so she would let them have the first shot. In the end it was Luvia’s money that created the tunnel so they could even reach the card in the first place. It also did give Bazett something to think about watching how they approached the card and how it responded to the threats.

The efforts made by Illya and company were pretty good. Luvia really fought through the pain to get that magic set up. She is good at the long term play and did manage to open up the attacking lane. Rin pulled off a probably painful financial move to set up that battery attack for Illya and Miyu. They threw everything they had at it. Of course Illya doesn’t have her best stuff right now so that was needed to make her dangerous, but Miyu was definitely in top form. That attack did some damage, but as we can see….the 8th card can basically heal itself up without much trouble.

Kuro’s attack was the most devastating in terms of damage potential. I did enjoy hearing her think out how she was preparing that attack. It did give some nice insight into the trace magic. She doesn’t understand it, but because she is combined with the card…she can still do it. Plus that track XD. Got to love the Emiya track going off as Kuro is preparing her shot. You can read through the whole thing as she is not just creating a sword, but really recreating the weapon. Even taking into consideration its history. You could spot in the light that she was making an Excalibur arrow. Basically making a broken phantasm and just unleashing all hell upon the 8th card. Only to be stopped by a shield XD. Well darn. Still, it was an amazing attack and shows just how dangerous that card is. 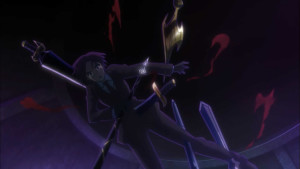 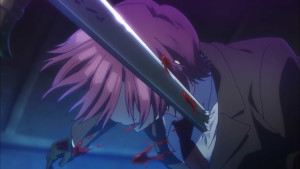 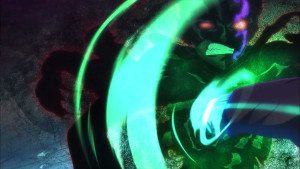 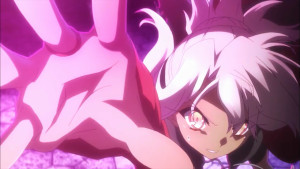 A danger that was made all the more real by Bazett’s attack. It is a classic move to have a badass just beaten down to show the danger of a threat, but here that happened and she was able to keep fighting. It just shows what kind of monster Bazett is. She has the ability (though probably not without limit) to recover from a fatal attack. A massive recovery that lets her see what kind of monster she is facing and avoid suffering the same way again. So even if that attack doesn’t trigger her Fragarach she can still recover. It gave her a chance even against this kind of monster.

This really did bring you back to the first season for Illya though. The pure danger and threat of these class cards. Of course most people with Fate backgrounds know what a second archer card means. Bazett fought well for a long time against that kind of monster. A threat that had not only one noble phantasm….but a ridiculous amount of them. The problem is that you can’t just block those kinds of things. It took something insane like Bazett’s best stuff and Kuro’s best shield to even try to endure. A mass of swords will just smash through the physical protection that Illya and Miyu have. 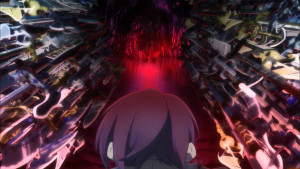 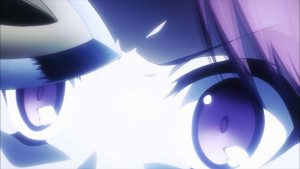 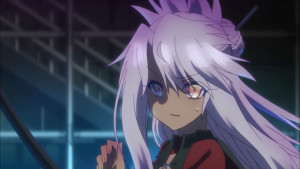 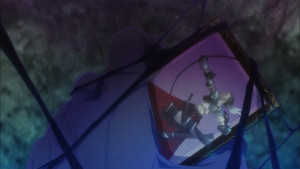 In the end their best effort was to support Bazett in grabbing the card and even that failed. They did identify the class, but the card was just too much. Bazett couldn’t actually yank it out and instead was expelled herself from the area. She did owe Kuro and company though for even lasting that long. Her effort was a suicide charge that almost made it, but the card of course had a weapon ready to impale her at that range. Though I can’t blame Bazett for trying. She saw them fall back and they weren’t allies. It was logical to conclude they’d prioritize getting out and not getting her. The only chance of survival for her was victory.

Luckily…these are some pretty soft and caring people. Despite the fact that Bazett by the virtue of her job is going to have to come after Kuro again, Illya and Kuro still stepped in. They really are the same person at the end of the day. They took their shot and in the end ran for it. Sadly….that wasn’t good enough. This was the first one of these things that actually showed intelligence. It actually said “holy grail.” Now of course we know that Illya/Kuro are the holy grail of this world. Or rather they were intended to be the grail before Kiritsugu and Irisviel (who now noticed that they are gone), destroyed the Einzbern family. This…servant coming after them is not a good thing whatsoever. The fact that it broke through space to chase them down is downright terrifying. Now the threat is in their world and….they don’t have a clue how to win. 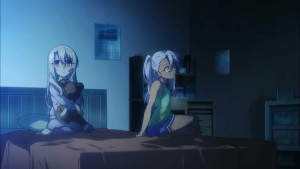 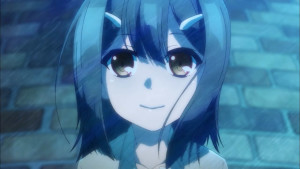 Oh and we also got a new ED. It makes sense to have a much more poignant ED after what happened. The song was present last week, but this was the real unveiling of the new ED. We have now left the upbeat episodes of the first half and are now in the serious stuff. I thought it was a really good ED. Maybe it was the awesome episode, but I honestly enjoyed it. The music was really impacting for me. It had a lot of energy to it despite the almost sad elements in there. It was an ED that shows that…things aren’t going well right now but there is certainly hope. The visuals were quite nice. Some still panning shots on Kuro/Illya and Miyu, but also a lot of movement. It is another reminder that Miyu is the key to things here and Illya reaching out to her is going to be crucial. Kuro, Illya, and Miyu, these three really are key to things and this ED hammered that home. 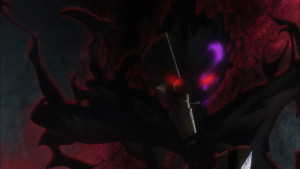 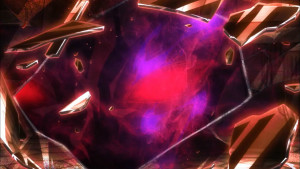 Honestly this was easily the best episode of Herz by a mile and one of the better episodes I’d say this season. Now people may disagree but in terms of the action and emotion….this was pretty strong. It was just a really darn good episode. Things were also moving behind the scenes with Irisviel perhaps finally understanding the danger of what is going on and also that creepy school doctor on the move as well. Events now can’t be stopped with that card busting through the fabric of reality. They can’t run from this fight. I can’t wait for next week and seeing how things unfold.
Score: A+