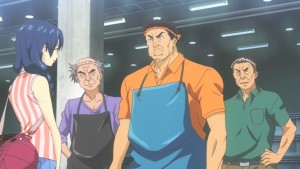 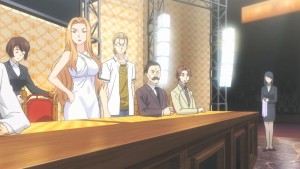 If last week served as the setup for the Autumn elections arc, then this week was undoubtedly the build up. Its kind of scary to think that we’re only 4 episodes away from this series concluding, and just as things continue to trend upward in quality, excitement and thrill. Especially with regards to this latest arc, which is still pretty much in its infancy, and taking its sweet time to get things rolling. As a fan of this series, while there’s that bittersweet feeling of the series ending soon, I’m glad its at least not letting that deter it from presenting us with the same solid content each week. 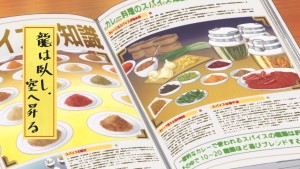 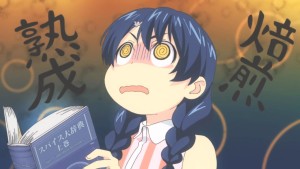 This week, we had some further development for all the characters we met last week, as well as the intricacies of cooking curry itself. Its interesting for someone like myself, who cooks curry and curry like dishes to see the students of Totsuki really struggle and anguish over everything that goes into Curry. For how complicated these kids are making it out to be, you’d think that cooking curry involves some kind of deep science, but I’d say its not THAT bad…

There’s only a set amount of spices that go well with one another, and certain ingredients that leverage those spices properly. Stuff like vegetables obviously cancel out some of the “kick” out of said spices, while the meat more of acts like a natural companion to them. That said, I guess its markedly a different kind of field when you haven’t got a particular “Style” or country to reference in how you make your food. The more broad a topic is, the harder it becomes to really narrow down something that works, especially in a competitive setting. 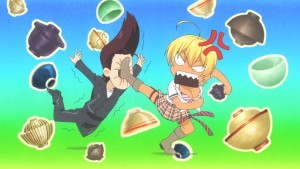 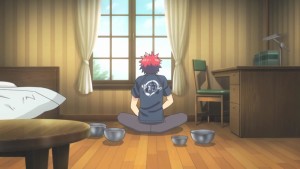 It made a lot of sense therefore, to show the Election prelim students working hard to come to grips with something interesting and original. In some ways, the whole process of getting ready for the Prelims and visiting their families was where the Totsuki students felt most like traditional high school students. Its hard to really tell sometimes, given the intense and frankly nonsensical “school” environment that these kids are in. And let there be no mistake, The odd Totsuki is really home to some odd kids, all with their unique backgrounds and motivations.

This week gave us another look at Hojo for example, who has her reasons for being at Totsuki and being anti-man XD. It seems that since Hojo’s family and restraunt is Chinese, its male dominated, with a serious discriminatory policy for women. Its a rather interesting look at cooking, which many would argue actually favors both men and women equally. And so… Hojo’s unique family situation has her wanting to prove herself as not only worthy, but better than men. And hence, her quest to gain “street cred” (as Crunchyroll translates it XD) begins with the Autumn elections. 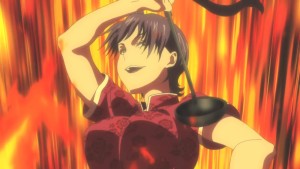 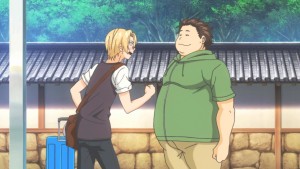 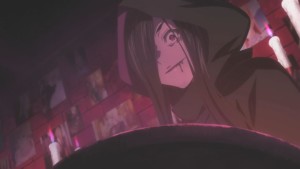 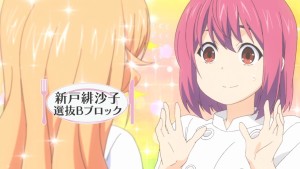 The other interesting pair that we took another look at was the Aldini brothers. Both Isami and Takumi have more or less been on the same side when its come to Totsuki and their survival so far. Its interesting, therefore, that the elections are actually pitting them against each other. And with all of that, comes a sibling rivalry that’s probably been quietly brewing since their collective childhood. Which brother is actually the better one? The stronger one? I’m sure that’s something that the both of them are curious about. I’m personally of the mind that its probably Takumi, but I think the younger shapeshifting Isami could very well come out from behind.

We also got a deeper look at the resident “witch” of the Totsuki first years, Sadatsuka Nao. Beyond just being eerily creepy and all yandere-esque, it seems like Nao’s major aim is just to one up her beloved Erina’s assistant Hisako. The obsession with Erina is rather odd, and it seems like we’re being setup for a big confrontation, either between Hisako and Nao, or perhaps even Nao and Erina herself, should things escalate that far. Its an interesting attempt at making Erina relevant in the story, and I’ll reserve my usual Erina Cynicism for until we actually see where this leads. 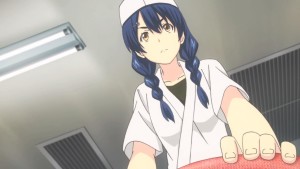 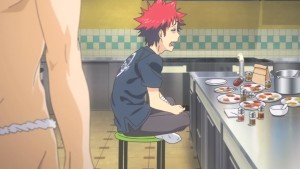 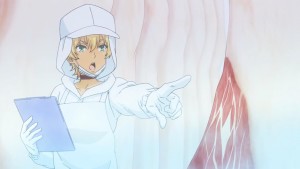 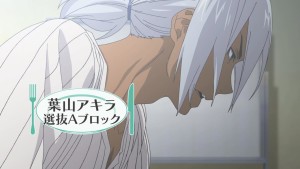 All the other usual suspects are more or less the same. Megumi goes home and dwells on the exchange she had with Hojo. It seems Megumi’s continued character arc is going to be gaining her confidence, and standing on her own two feet. I think she’s already more than proven herself, but more Megumi development is never a bad idea. There’s Nikumi, who’s got her meat speciality, so she’s covered there. Meanwhile, The rest of the polar star dorm people stick to their specialities, while Soma seems to be pulling all nighter after all nighter. And of course, it seems like Akira is the favorite to win, with his motivations being more or less to prove value for his and Jun’s little partnership.

And with that all established, the second half of the episode more or less jumps right into the meat of things (Ha. Ha.), showing off the venue for the actual elections, as well as the judges. I have to say both Sendawara sisters are equally odd and weird, and it seems like the likely victims for the “foodgasms” that we’ll be seeing in this arc. 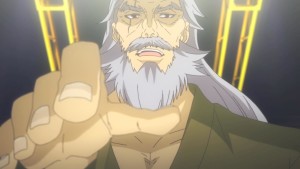 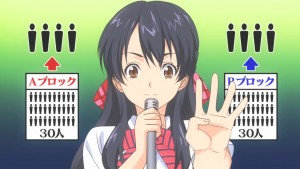 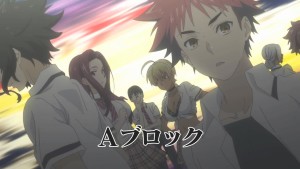 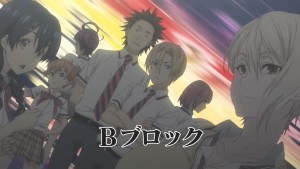 What is interesting is that right off the bat, we learn that there will only be 8 survivors from the prelims (4 in each block). As usual, its the classic Totsuki cutthroat culling mentality at play here. Of course, that does markedly raise the stakes for the prelims, as there’s a lot of characters that can get the boot fairly early. And if the intro is anything to go by, we have a pretty good idea of who ends up surviving for the actual main tournament.

But! In what seems like a signature Soma move, it seems that Soma’s already in a pinch, while everyone else more or less hits the ground running. As Nikumi “curiously” glances over at Soma, she finds him very much dozing off. Has Soma been working himself too hard? Is that going  to bite him in the back now? Those are some awesome questions to end the episode on. 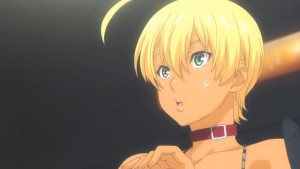 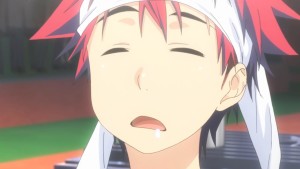 If there’s one thing that’s for sure, its that Shokugeki no Soma actually seems somewhat obsessed with boxing its main character into a really narrow and sharp corner, with very few options of escape. The resulting entertainment from it will surely be immense, and alongside Soma, it’ll be interesting to see just who makes it past this prelims.

And the more important question: Are the prelims the last thing we see before this series ends, if not forever, than at least for now? Only 4 more episodes… 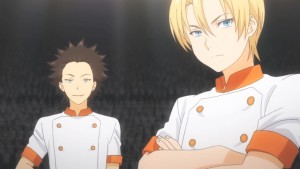 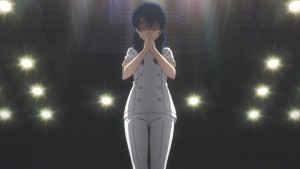 The Unknown Known eh? It seems like B-Block is going to be getting the focus next week. Another week of excruciating wait XD