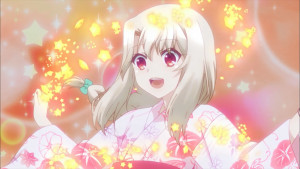 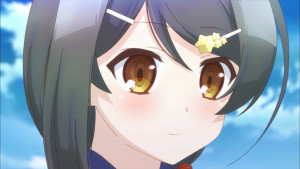 Another pretty light episode, though with additional Miyu hinting. They are certainly making a point that something is really weird when it comes to Miyu and that she’s still refusing to confide in everyone about it. The hints just keep on piling up to the point where the question is when they’ll finally tap into what is going on there. There is just too much weird when it comes to Miyu. The girl hasn’t been to the beach, hasn’t been to a festival, hasn’t seen fireworks, where has this girl been living? Even her response to what becoming a magical girl meant to Miyu was hidden in secrecy. She just played it off as coincidental like with Illya, but seems like it was much more purposeful than that.

The only thing I think is that rather than observing and commenting, Kuro should take some action. If Illya isn’t going to push and start asking questions then why can’t Kuro do it? Certainly Illya is closer and Miyu trusts Illya more than anyone, but someone has to make the move here. Right now Illya is being too considerate and ducking the issue. If she keeps that up so long as Miyu doesn’t volunteer things then they may stay in this stalemate forever. Someone has to crack at some point. 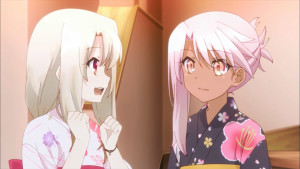 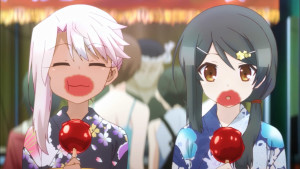 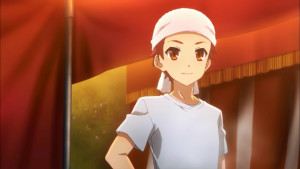 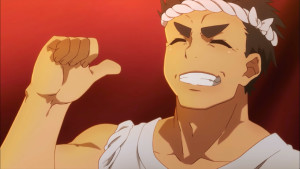 It wasn’t a bad episode by any stretch. It was fun seeing Miyu go super logic on the idea of a festival and things being far overpriced in comparison to their respective value. Certainly it’s just not cost effective to buy cotton candy or play the games, but it’s about the fun. The atmosphere and enjoyment has a price to it as well. It just happens to be one that a lot of people are willing to play. They are getting ripped off, but if they enjoy it then maybe it is ok. I’m not sure about what she learned from Luvia’s overspending, but hopefully it’s not going to be a bad thing XD.

Once again the show decides to return to Tatsuko’s family….very odd. I suppose that’s part of the comedy that the family of a side character has gotten this much focus. I did get some chuckles especially from how her father even wanted his daughter away from the stall desperately. That girl is pure carnage and anyone is more help than her, in fact her being absent is the greatest help her existence can offer. This was just a festival episode. A bit of fun with the stalls, some more Bazett working comedy (which is still fun), and just silly routines. It only pushes the story ahead a bit by giving more hints about Miyu, but it is what it is. 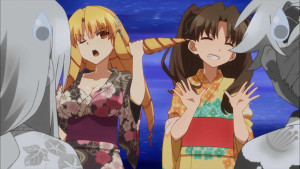 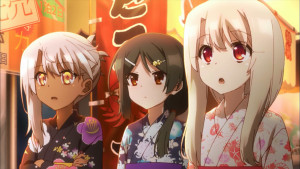 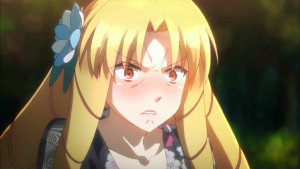 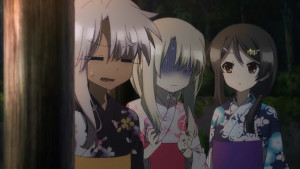 At most they had some fun with wardrobe malfunctions and of course Rin vs Luvia. Those two really can’t help but take shots at each other whenever they can. In the end only leaving a messy image for Shirou when it comes to their personalities. Luvia just constantly taking shots at Rin’s less than stellar financial situation and Rin getting her payback by really embarrassing Luvia there. Though I will say Luvia definitely evened it out with the water-balloon incident. Those two just can’t get along for more than a few minutes. Certainly I think it’s just better to treat them as enemies who have to get along occasionally, rather than friends who fight a lot.

Illya’s incident was certainly a dangerous one as well. She didn’t even have the excuse of being tricked to have ended up in that situation. At least she had both a good friend and the ability to transform to protect herself. I suppose I can see Ruby’s perspective of not wanting her transformation to be used simply to avoid being lacking clothing…though the specifics of her reasoning may be less sound. 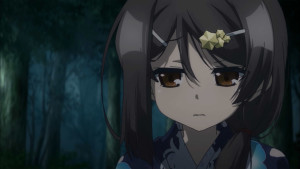 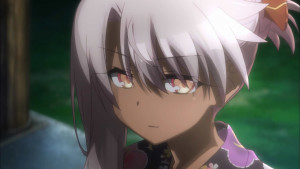 The one positive is that finally we are moving towards the main story. They managed to kill half the run time with basically slice of life stuff, so now we can finally move towards the action! It may not kick off next week, but we’ll finally move onto chasing down the 8th card. The fun and games are passed (well mostly). Not that I haven’t had some fun with these episodes, but the show to this point has had better pacing since it has been willing to actually focus on the action and the slice of life. Now we can get to the 8th card and likely get some information on what is going on with Miyu.
Score: B