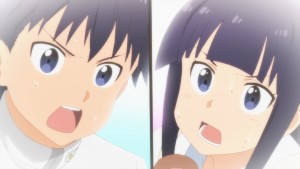 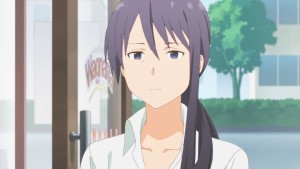 All’s well that ends well… right? This week had the focus squarely on Yamada Aoi and the resolution of her long standing plot thread. And in classic Yamada fashion, everything was extremely… bizarre.

I confess that I thought that we’d spend more than an episode and a half on Yamada, but this resolved pretty quickly, and was pretty lukewarm compared to everything else that we’ve seen so far from the third season of Working!!! 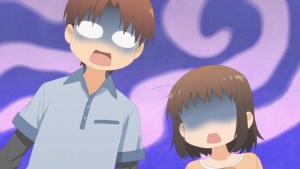 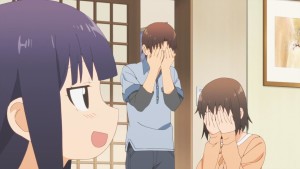 And in an odd change of pace, there were a few stand out comedy moments here and there, but the episode itself was largely forgettable in terms of laughs too. Maybe that’s my bias talking, but I’ve never found Aoi a particularly interesting character by herself, and its always in her playing off of others that the true comedy was derived from.

Aoi’s story resolution was a combination of the absurd and the tragic. Aoi’s mother is the root of her issues and actually works for Souta and the Takanashi’s mother. You’ve got to wonder what kind of freak of nature the head of the Takanashi house hold is, the way she surrounds herself with weirdo after weirdo. 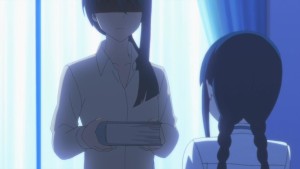 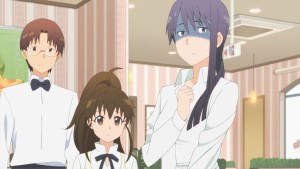 In the case of Aoi’s mother, she’s so completely hard to understand or communicate with that she comes with a manual. The explanation, as told by the one Yamada sibling that’s actually read the manual, is that the mother has too many thoughts to make sense of and is bad at speaking her mind. The silence, combined with that souless expression leads Yamada to assume all kinds…. Oh God Danm it!

No, NO! I’m not dignifying all of this by explaining it. Its just so darn stupid… XD 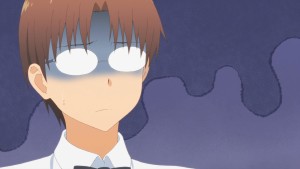 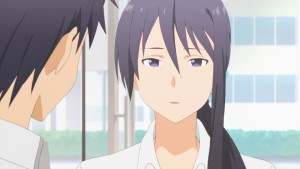 I think my brain cells seriously hurt by the fact that the show tried to pass off this drivel of an idea as a character. The only thing I could do, as probably any sane person would do, was laugh at the show (rather than with it) and the absurdity that it so gleefully presented.

But, to Working!!!’s credit, it was totally in on the joke. Throwing in little tidbits like making Yamada’s excuse for leaving her house be the fact that her brother ate her natto and what not. And then the icing on the cake, that it was thanks to the lost Haruna-san (Otoo’s wife) that Yamada is eventually able to work through her issues with her mother and get back together with her. 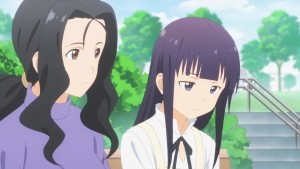 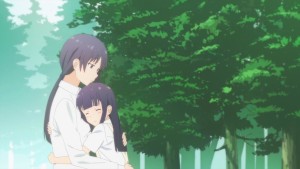 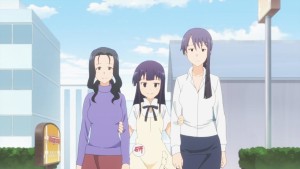 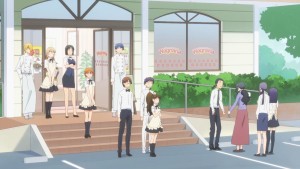 Oh! And in the process of all this, Haruna, who hasn’t seen Otoo since before the series inception, is finally reunited with her husband. That’s probably the weirdest twist we get this week. Otoo and Haruna ever meeting really is a miracle, one that only happens when something extremely unlikely like Yamada’s life problems come front and center and are on the cusp of resolution.

So with that, Working!!! resolves two of its side character threads, the one with Yamada’s life situation and the one with Otoo’s quest for his wife, in one odd, weird friggin fell swoop. 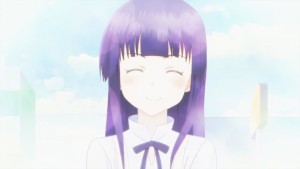 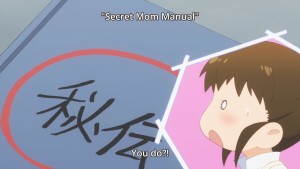 I truly believe, however, that even if the comedy didn’t work as well this week, even if all the characters took a back seat to this Yamada silliness and all, it seemed like it was at least a fitting end to Yamada’s story. Yamada was a character that was born to troll. Troll the other characters, troll the story and troll the audience. So it makes sense that her entire plot resolution feels like one big troll moment.

And I think Yamada really is something unique, different and entirely silly that is wholly Working!!!’s own creation. I’m not sure if that’s a crowning achievement or not, but I do know this… While I’ve never particularly loved Yamada’s story, Yamada herself is an interesting character to have around on the show. And for all intents and purposes, she got the ending she deserved, and it IS a happy one at least. 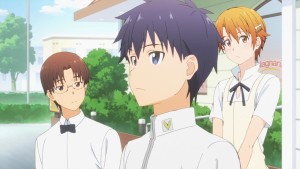 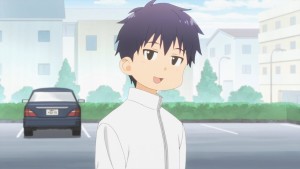 I dunno, I think I’m still just confused bewildered by all this, and I don’t think that’s going to change. Also, at least we got another “in synch thoughts” moment from Souta and Inami about the Yamada Bro, so there’s that!

Now that we’re done with all the Yamada-sillyness, and even resolved the Otoo/Haruna thing, I suppose the remaining six episodes are all for Souta x Inami, Yachiyou x Satou and Kyouko x Parafait… So I think if nothing else, by the end of this episode everyone (including the audience) came out a winner. XD 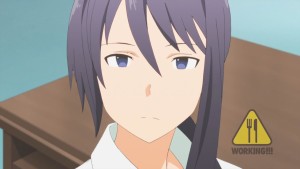 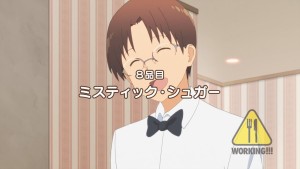 The preview suggests a Inami x Souta storyline continuation but… part of me is suspicious that this another one of Working!!!’s trolls in the making. We’ll have to see XD