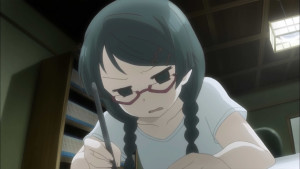 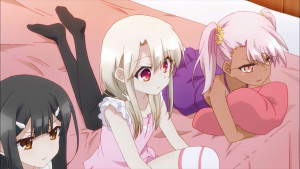 I think this episode reflects the pros and cons of what we’re going to get with this part 2 of Illya 2wei. There will be some laughs and some solid slice of life comedy, but….the plot isn’t going to go very far. You can tell they really covered the majority of material in the first part and now they kind of have to drag things out before the conflict with the 8th card. With the money that Luvia has its hard to believe it would take all that long to reach the 8th card and yet I can see it taking several more episodes to do just that. It’s not really a complaint, but it does kind of feel like things aren’t going to rush ahead too much this season.

In terms of the episode itself it had its moments. The focus was all on Mimi and the path she’s gone down. In a sense I guess you can say she’s a victim of the irregularity that has come into Illya’s life. First popped in Miyu who was pretty clearly about Illya and nothing else. Then Kuro came into the picture and there was all kinds of chaos. Mimi herself joined the ‘got kissed into oblivion’ crowd, then she saw what was going on with Kuro and Illya at the mall….and her descent has just continued. I suppose with all that going on its no wonder her views have gotten where they have. She’s been exposed to so much that her mind has just reached the end result that people of the same sex should be together. She’s not just someone who is into BL, but also has pretty much reached the point of pure lesbian. Quite the bomb she basically dropped without realizing it XD. 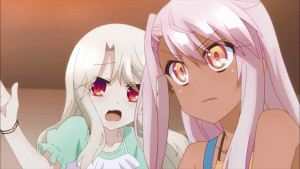 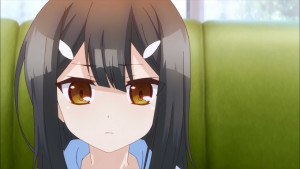 Really the most serious aspect of this episode was the discussion with Miyu and Kuro about friendships. Kuro clearly stands on the line that it’s better to intervene and find out what is going on with your friends. That kind of pushy attitude did end up saving her in the end after all. If everyone simply respected her privacy then she either would have ended up killing Illya or simply dying herself. Even if it’s a bother for the other person, she feels its better to at least hear that from them. It’s not a completely wrong perspective since you want to help your friends if you can.

But Miyu’s side makes sense for her as well. Just by asking you could be bothering that person and some just don’t want to reveal everything. Miyu clearly has a lot of secrets so naturally she’d stand on the point to respecting privacy more than intervening in the affairs of your friends. The fact that Illya gives her so much space does make it easier on Miyu to keep the truth out of sight. 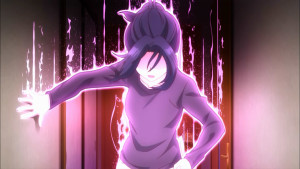 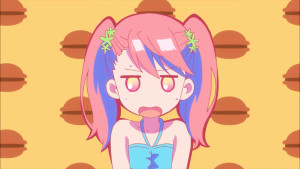 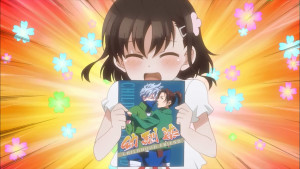 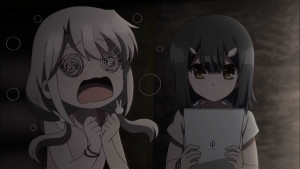 Obviously it was also an episode just heavy on comedy. Just showing Mimi’s descent into BL madness thanks in part to Suzuka and her own interests. Suzuka was able to figure out what Miimi was getting into and just pushed her over the edge. In the end though it is true that Mimi herself had that interest. She felt the need to turn what she was seeing with the girls around her into some sort of writing, but it wasn’t working with the girls themselves. So she just converted them to guys and was on her way to BL writing anyways. A bit scary how far she ended up going, but there you have it.

The show did make some fair points and commentary on hobbies of this nature and friendships. Sometimes your friends will have hobbies and interests you don’t share or understand. The question is whether you let that break your friendship or whether you find a way to live with that. Either deal with it or don’t. That is a fair point at the end of the day. 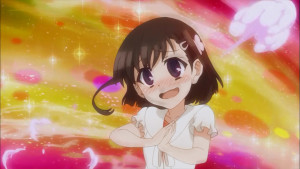 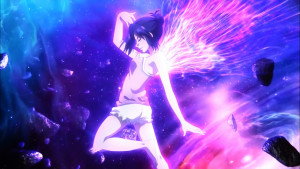 Overall I can’t say I loved this episode. It did have some solid moments and I had a good laugh seeing Mimi just lose it in the land of BL. But….it does feel this season is going to be pretty light on action and drama until the last few episodes. This isn’t a show only about action and drama, but it usually is there a bit more than what we’ve seen in the first three episodes. Will just have to hope the comedy can carry the show until we get to the more serious stuff.
Score: B-