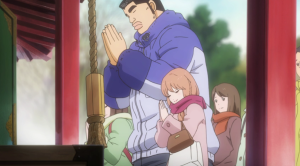 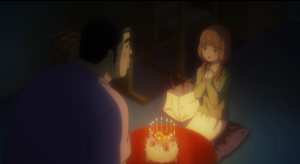 I considered doing this entire post in nothing but reaction gifs, partly just to see if I could (writing exercise, y’all!) and partly because a series of squeeing, laughing, and blushing faces is a perfect summary of what “My Birthday” did to me.

I’ve said before that OreMono is more than “just” a cute rom-com—it has worthwhile things to say and it generally says them very well. But lest we forget, episodes like this are around to remind us that, at the end of the day, OreMono is still very much a cute rom-com, which means that outside of all its thoughtful gender role commentary and genre-defying story lines, it is, first and foremost, a show that wants to make you feel things. It wants to make you root for its couple, and it wants to make you laugh. And speaking purely in terms of those goals, this is one of OreMono’s best episodes to date. 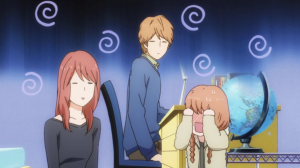 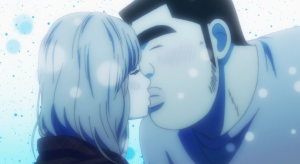 We get two holidays for the price of one this time around, since Takeo’s birthday is also on New Year’s Day. Yamato wants to kick off the new year (and Takeo’s Sweet Sixteen) right by giving him the best cake and present ever, but her usual anxieties kick up again and so she seeks out Suna’s (and Ai’s) advice. The cake’s the easy part, but the real present—a happy birthday First Kiss—proves trickier, as Takeo has loudly announced that he doesn’t intend to have his First Kiss until the autumn of his SENIOR YEAR. The girls respond appropriately. 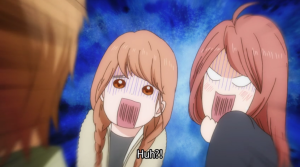 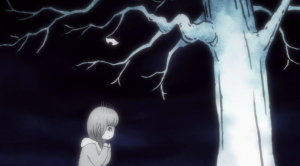 But Yamato sadly vows to respect his wishes and wait for him all the same. The moment nearly gets swallowed up in the snappy dialogue and great visual gags, but it’s an important one, showing that, because Yamato both cares for and respects Takeo, she won’t pressure him into something he isn’t comfortable doing. It’s common to see a series deal with how the guy needs to respect the girl’s wishes, but relationships are a two-way street, and it’s good of OreMono to take a moment to point that out.

Only a moment, though, as we’re zipping away again, Suna assuring Yamato that Takeo will be happy if she kisses him (his First Kiss Plan is more about his misconceptions about what’s “proper” than it is about his actual desires, after all), so Yamato’s gonna clench her fist and take the initiative—especially after her New Year’s fortune tells her to do just that—and especially after Takeo’s parents duck out of the house for a whole five hours, pretty much for the sole purpose of giving them Prime Canoodling Time. 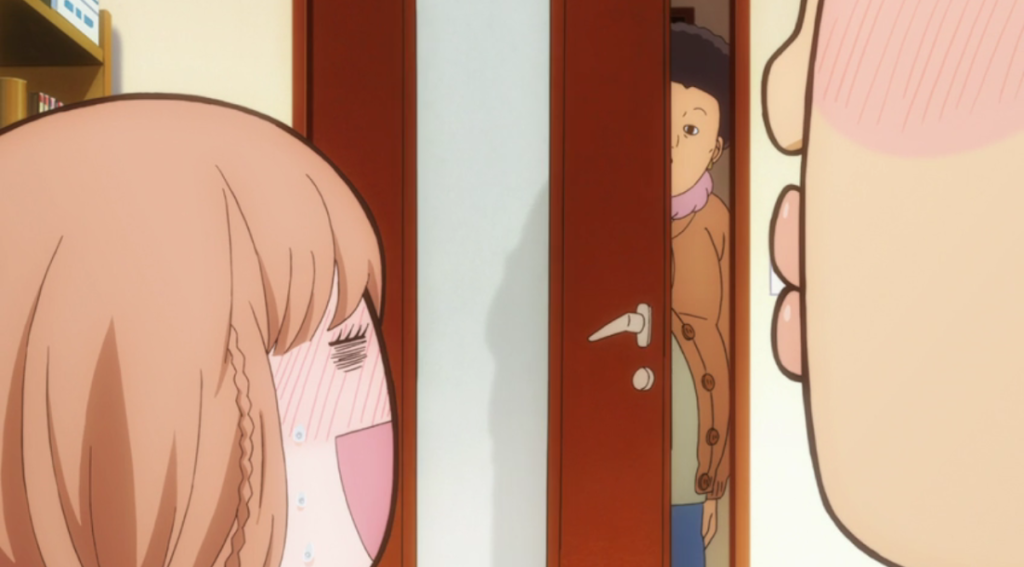 “And there’s condoms in our top dresser drawer and a Barry White playlist on my laptop, kay byeeee~ ❤”

The celebration is nonstop adorable, from Takeo happily squeaking his birthday bear to Yamato performing the cutest Birthday Song in history. When he closes his eyes to make his wish, Yamato screws her courage to the sticking place and leans in, surprising Takeo with his first kiss, and…

…OreMono neatly swerves from the “rom” to the “com,” as Takeo merrily goes on with his day, TOTALLY UNAWARE that he just got kissed.

After he takes Yamato home and heads over to Suna’s for one last bit of gift exchange, we find out that Takeo is so… just so very, very Takeo… that he thought a bug had landed on his lips. 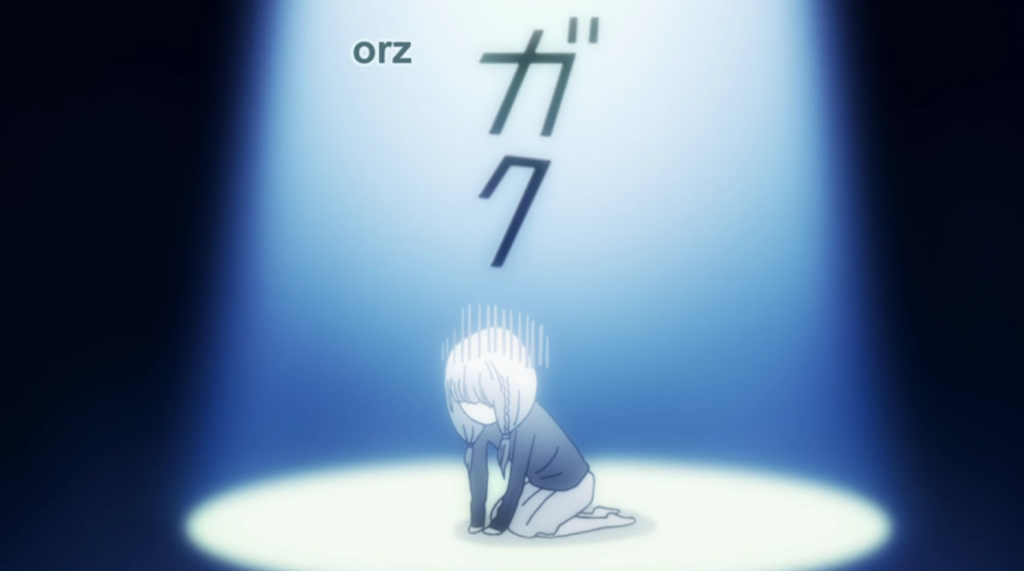 Fortunately we’ve got a Suna around to go “No, dude, I think you got kissed,” whereupon realization hits Takeo like a sack of squeaky teddy bears and he responds in a way that is so—well, very, very Takeo as well—dashing over to Yamato’s place, apologizing for his denseness, and begging for a do-over. So the two share another, proper kiss and renew their vows to “be good” to one another as OreMono adorabludgeons me to a pulp yet again.

We can take some good stuff from this ending about how affection should be mutually expressed, and how it’s better to be open and honest—facing each other quite literally with your eyes open—than to “steal” a kiss. Not that I or the show think Yamato did anything wrong, exactly; just that OreMono is, at the end of the day, all about showing its audience the best possible scenario, and when it comes to physical affection, having both parties approach it with explicit understanding and desire is hands-down the best possible scenario.

But, mostly, this episode speaks for itself, and what it says is resoundingly:

Now, if you’ll excuse me, I need to gather my melted self back into a Josei-shaped human. OreMono will almost certainly destroy me again next week, but at least I’ll have a few days to enjoy being a solid before I get turned into another Puddle O’ Feels.