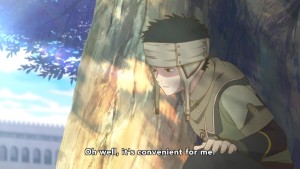 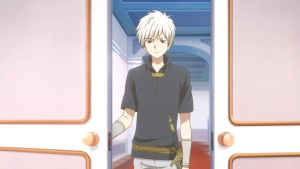 The story of one of the most likable couples in anime continues this week. With its third outing, Akagami no Shirayuki-hime not only amps up the likability of its main duo, but reaffirms that Zen needs Shirayuki about as much as she’s needed him in the past two episodes. 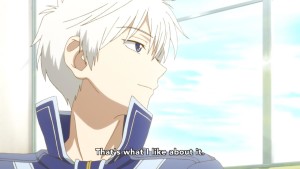 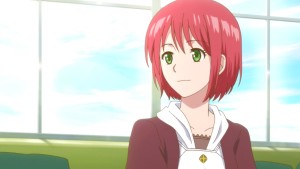 At the heart of the series is a story about two people that really do like each other and want to spend time with one another. With the old medieval fantasy setting, it also makes sense that stuff like status and lineage may come into the grand scheme of things.

While the first episode of the series very much showed us how royalty could abuse its power, treating people like objects without rights of their own, Zen’s country is actually the opposite. He’s got responsibilities, an image to maintain, and people around him that want to see him as an ideal ruler. 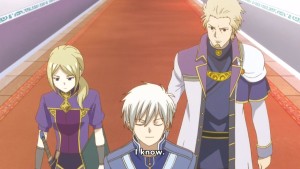 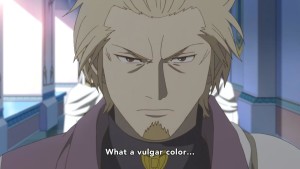 Cue Haruka (I’m not calling him Lord), who finds Shirayuki’s friendship quite a bit unpleasant. And while it would be easy to just label Haruka as the villain of the week, the guy actually has some pretty valid concerns. Its quite possible for an unknown peasant to take advantage of a kind prince, so from his perspective he is doing his best to serve his prince. Of course, he hasn’t really MET Shirayuki, and that’s the big thing that changes things this week.

I like the angle that the show is taking with regard to Shirayuki and Zen. Sure, Zen could use his power and just be close with and eventually be with Shirayuki but that’s not something either of them are cool with. Shirayuki would much rather earn the right to be beside Zen, and that’s not only admirable, but something unique that we haven’t quite seen. 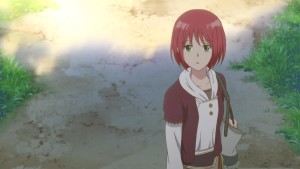 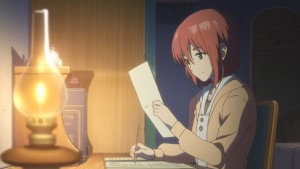 I keep finding myself comparing Akagami no Shirayuki to another personal favorite of mine, Soredemo Sekaii Wa Utsukushii. Its just remarkable how different both the situation and the character of Shirayuki is from Nike. The things I like about Shirayuki is that, first and foremost, she WANTS to be with Zen. Not only that, but she’s not content with letting the guy approach her, but goes toward him herself with an equal tenacity and ferocity.

That’s something that we haven’t seen too much of. With Nike, for example, she was forced to be with the guy she ends up falling for and is pretty much handed a reason to stay with him on a silver platter. Shirayuki doesn’t have that, but damn if that’ll stop her. In a refreshing sense, what she’s got is smarts and dedication. She’s talented as a Herbalist, and that’s her ticket to being close to Zen. 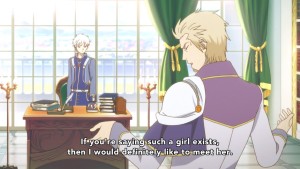 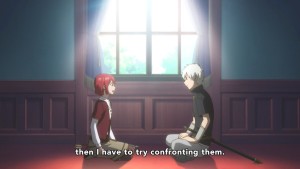 And just as much as this week showed off Shirayuki’s earnest dedication to her craft and spelled out quite clearly her want to be close to Zen and earn that right, it also showed how much Zen needs her too. In another twist of the general shoujo formula, its Zen whose hands are tied, and who can’t openly pursue Shirayuki.

Don’t get me wrong, I’m sure he’d love to, even do it but… It became very clear that if he did it wouldn’t only hurt his own standing but insult the girl he likes as well. Shirayuki needs to find her own way to him, and that thankfully helps him out too. 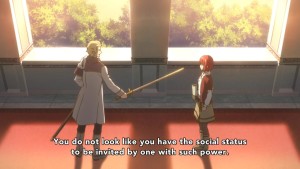 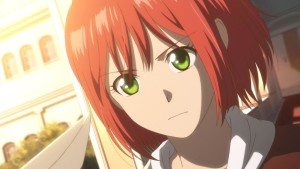 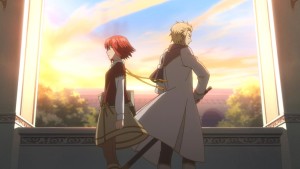 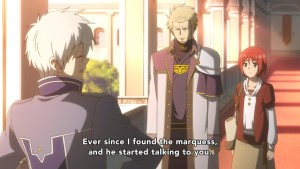 The whole stare down with Haruka was classic Shirayuki bad-assery. Despite being threatened with a blade at her face, Shirayuki moved forward, fearless and determined. Its something that we’ve seen twice already, but to see it only in reference to being with Zen was kinda awesome.

And obviously her courage managed to impress Haruka and his lackey Obi. Zen did have to come in and tell off both, but had he not, I’d say he wouldn’t be as shrewd a ruler and leader as he is. 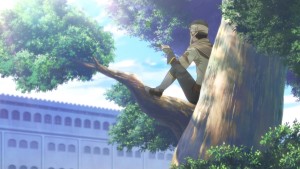 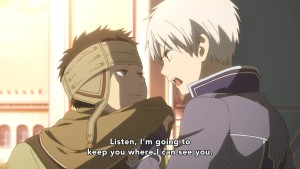 We also had an introduction to the fourth member of what will be the series main entourage going forward, Obi. Obi’s role in the episode was pretty small, he was basically the instrument that Haruka used to try to separate Shirayuki and Zen. There wasn’t too much to learn here, beyond the fact that the guy is clever, quick on his feet and a bit of a happy go lucky kind of dude. I’m sure we’ll see more of him in the coming weeks.

And with the third episode, I think we’ve clearly established the immediate conflict and obstacle for Zen and Shirayuki. Shirayuki’s focus now is to become the court herbalist, as she lets Zen know about her intentions near the end of the episode. I’m sure the next few episodes will focus squarely on that goal, and we’ll get what I assume is some kind of exam arc. 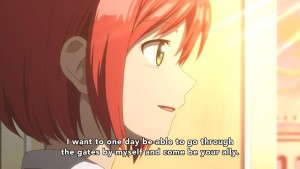 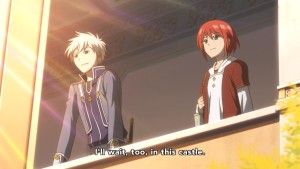 This is pretty interesting, because I’m very interested in seeing the Herbalist side of the story take a bit of a more active role, but also, its just nice to see characters work hard to reach their goals. I guess that’re more of a shounen concept, but the shoujo genre has proven that it works great here too. 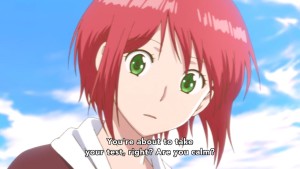 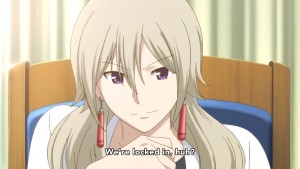 The road to the Court Herbalist begins! Onwards! Tally Ho! And all that stuff… XD