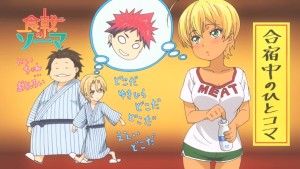 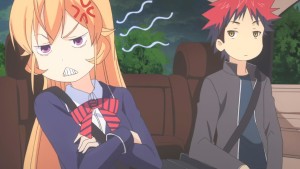 I don’t know what happened during that one week break, but man, this week’s episode was worth the wait. Its kind of mesmerizing to see how Shokugeki no Soma continues to trend upward in terms of quality. I’ve said it before, but this show is now pretty much a top tier anime show, easily joining the ranks of my personal favorites. 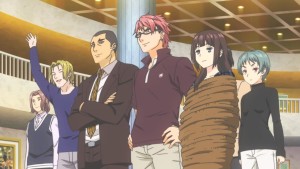 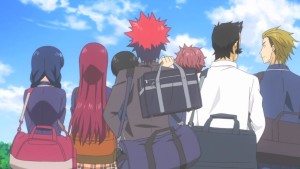 I think the big thing that’s really upped the game for this series is that each week it just starts and ends on something truly riveting and exciting. The first few episodes weren’t quite as good as the stuff we’ve gotten now, but it now makes sense that those were the seed sowing episodes. All that setup is paying off now, and this series is one that has a sense of mystery, intrigue alongside the general excitement and tense moments that are staples of shounen anime.

This week was all about Soma’s dad, Saiba Joichiro (or Yukihara Joichiro as he’s known as now?). The series had been hinting at the fact that Soma’s dad was hot stuff, but we really got a sense of just how big of a deal he is this week. And we’re barely scratching the surface! 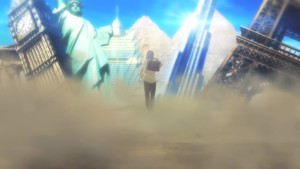 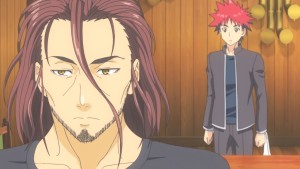 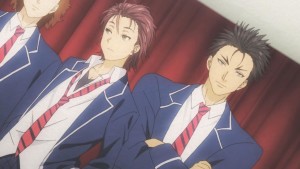 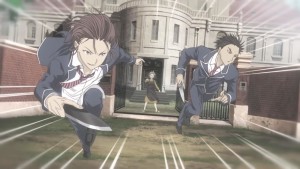 So what do we know so far? We know that Joichiro was the number 2 seat of the Elite Ten, back when Dojima (1st seat at the time) and the rest of the alumni were in school. We also know that despite how talented he was, for some reason, he didn’t graduate and kind of descended into the shadows.

The truly interesting moment of the episode though, was the brief hint we got with regards to Erina. It seems that Erina met Joichiro at an early age, and he’s quite a special person to her. I’m very very very very VERY curious about this particular element. What is her relation to Joichiro? It seems like she knew him around the time Soma was born (since they’re the same age), so it just raises so many questions. Are Soma and Erina related? And of course, I can’t wait for the big moment when Erina finds out that the man she detests so much is the son of the person who probably got her into cooking. 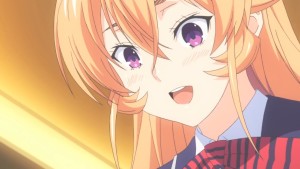 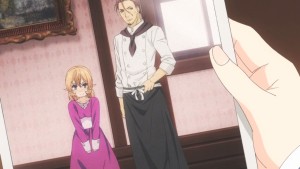 And while all these questions regarding Joichiro started swirling in my head, I recalled one of his earlier statements in the start of the series: “Soma you can only really get good at cooking when you find a woman to dedicate yourself to”… or something along those lines. It seems that Joichiro was really restless in life until he met Soma’s mother, and that definitely changed his life.

In any case, it seems like Joichiro is very much keen on having his son go through the same school that he went to. Its interesting to note that Soma’s actually going through a similar track that Joichiro went through, even going as far as to get into Polar Star Academy and even getting the same room number. 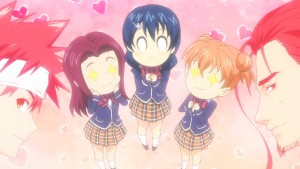 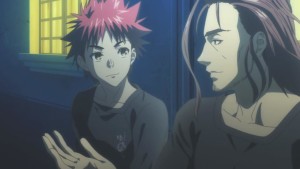 But beyond all the mysteries and intrigue that Soma’s dad represents, its undoubtedly a fact that he’s a friggin cool dad. That, is actually exceedingly rare in anime. To have a positive father figure, one that Soma not only looks up to and respects but interacts with in a very genuine and normal way, is something few male anime protagonists get. Soma’s ultimate goal is to have his dad acknowledge him and his skills, and that’s a surprisingly sparsely covered area in the Anime industry.

Its great to see, and for all the issues I have with Totsuki, I’m really starting to warm up to the place, because the people that inhabit the place are generally just likable. I’ll admit it, I even warmed up to Shinomiya a bit this week, and it was pretty cool to see all the Alumni try to recruit Soma and Megumi for their own restaurants. 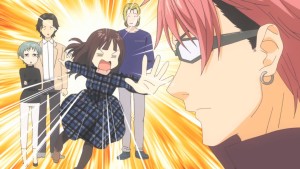 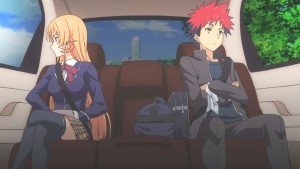 But, for every heart warming moment, there’s the cringe worthy stuff that you hear from Erina. “Failure is not an option”, “Only losers say Failure breeds learning and eventual success” e.t.c. Its Totsuki’s elitism through and through, and a pretty disgusting view point. And while we’re on the topic of Erina… I’ll say it again, I just don’t see her as the main lead of this show. She’s just so unlikable, and that whole akward situation in the car with her and Soma didn’t do anything to make me like her anymore.

It kinda reminds me of how I felt about Sakura in Naruto. But even Sakura wasn’t this bad, she just had an odd one track obsession with Sasuke. Erina is just… a mean stuck up “jou-sama”, and I just can’t behind that. I keep bringing this up because the show is so intent on putting building her up to be female lead. There’s a lot of work to be done before she fits into that sort of role though. Granted the show was able to make me not entirely detest Shinomiya, so I suppose anything’s possible. 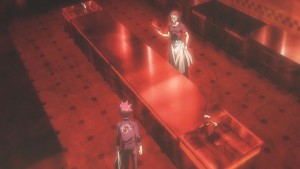 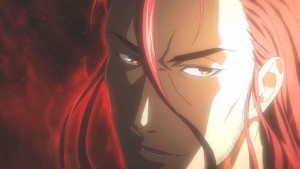 Right now though, the big focus is on Soma and his dad. With the elections looming ahead, it seems like we’ll get an idea of how far Soma’s come when he goes toe to toe with his dad. That whole moment at the end of the episode was unexpected, and darn exciting.

Its this whole buzz of excitement that’s stemmed from the show in recent weeks that’s really brought it home in recent weeks. Now the only thing I’m concerned about is that this is only a 2-cour show. I suppose we’ll have a good 9 more weeks before the show ends. 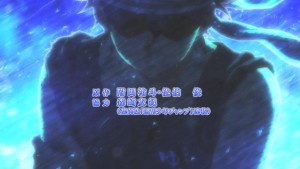 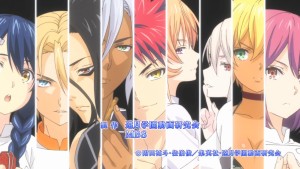 I’ll admit, while the animation for this Opening is pretty kickass, the song didn’t quite rise up to match it. Its a decent song, there’s nothing superbly thrilling or stand out about it. Its just… Okay, which well, is kind of surprising. Also the fact that we’re getting 2 weeks into the second cour is kind of odd but… Man, does the animation and art really get you pumped for what’s coming. I felt like I was watching a Fighting Game Adaption intro (Blazblue… Take notes!). 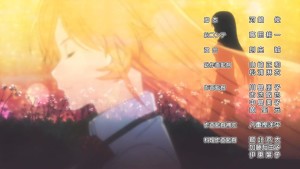 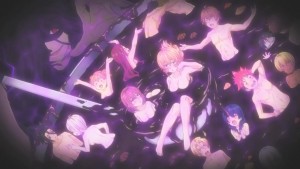 Less Impressive Animation, but general solid song this time. I think I’ve spoken for the fact that I don’t really dig Erina, so having an ED theme that focuses on her walking past all the characters is kind of a miss for me. I really shouldn’t be hating on Erina so much, she’s not terrible, just not great. Much like my issues with the OP theme, not great is something that just feels out of place with this series these days XD 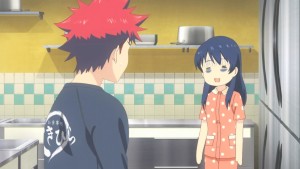 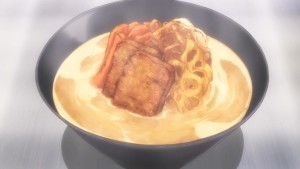 Soma vs Joichiro, early in the morning. That’s one way to start the day XD