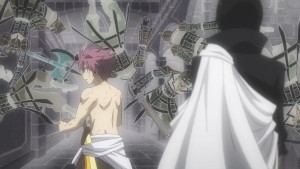 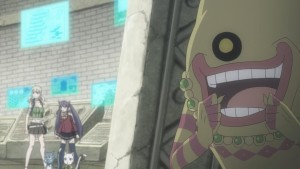 Well… That meeting certainly didn’t amount to much beyond just a tease. The teasing was, however, very well done. Much like everything else we’ve seen thus far in this arc. 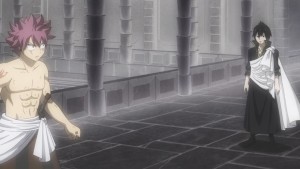 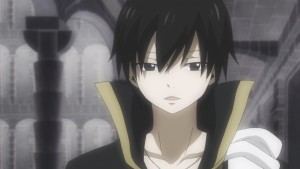 The big cliffhanger last week was Natsu running into none other than series supposed Antagonist Zeref. Fairy Tail smartly decided to get right into the meat of the issue from the get go this week. I for one, didn’t expect anything more than than the cryptic talk Natsu got from Zeref, so I was pretty happy with what little nuggets we did get from this meeting.

It seems that Igneel’s battle with END from the past wasn’t a simple question of winning or losing, as Zeref reveals this week that there was probably some kind of choice involved. It seems like there’s something rather interesting to END’s true nature or identity, and it seems like Igneel may have chosen to spare END’s life rather than take it. 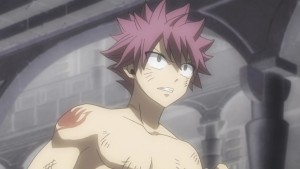 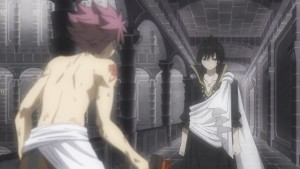 What really surprised me was how helpful Zeref was to Natsu, and how he’s wanting  Natsu to almost compete with END for the right to see him. Again, This is strongly leading me to think on my earlier theory from the Tenroujima Arc, namely that Natsu is Zeref’s son. The fact that END is another of Zeref’s creations, in a very different way, but yet Zeref oddly puts the two of them on equal footing seems to suggest that in this conflict, he’s not playing favorites.

Yet, the positive belief in Natsu’s continued success and those high expectations? That seems sincere. I’m sure the whole crux of Natsu, Igneel, Zeref and Acnologia’s relationship is going to be a major event in the story at some point. For now, there’s the whole thing with END and Tartaros to take care of. 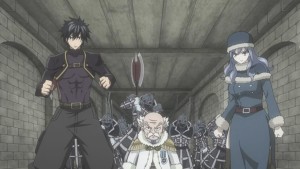 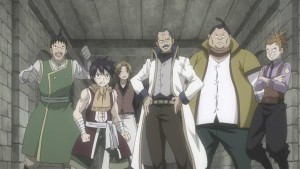 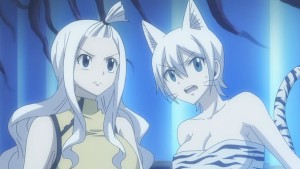 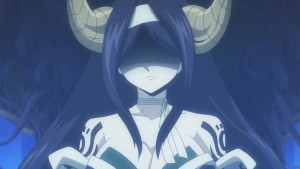 The rest of Fairy Tail, meanwhile, makes it into Tartaros and the battle rages on. We’re pretty much at the point where half the battles hinted at in the OP are already in motion. Erza and Kyouka are going at it outside the Tartaros cube. Meanwhile Lisanna and Mirajane are staring down Selilah.

Of all the big battles, the one I’m most excited for is Mirajane’s. Mirajane’s been put on the same level as Erza, without much of the screentime to match. I’m ready for Mirajane to go all out and have a cool battle with Selilah. And given what Selilah’s done to Mirajane’s family, its more than a little personal. 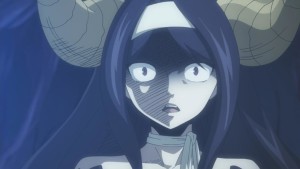 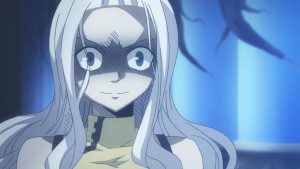 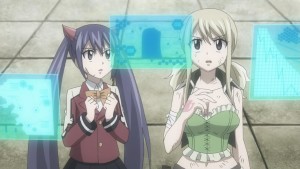 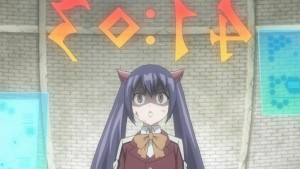 And while the rest of Fairy Tail goes around Tartaros wrecking havok, its actually Lucy and Wendy (alongside Happy and Carla) that end up getting to the bottom of the matter at hand. Face is already set to set off, and there’s only 41 minutes left!

Its at the Tartaros Control that the two ladies also run into both Franmalth and Keyes. While I would’ve been okay with Lucy and Wendy teaming up to take these two on, it was definitely smart to make a prudent escape and focus on Face. Should Face activate, Fairy Tail has pretty much lost. 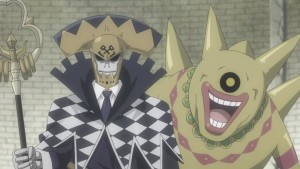 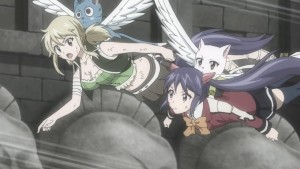 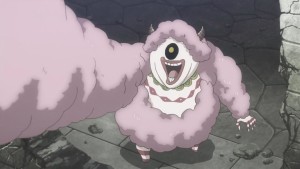 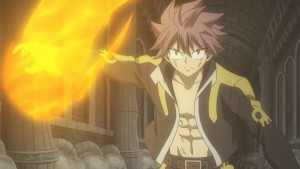 Its at this point that we finally get some insight to Franmalth’s power and… Its a doozey. Franmalth can simply absorb souls and use their powers, making Lucy’s Celestial Spirits the worst kind of power to unleash on him. Both Taurus and Aries get taken, and Lucy and Happy get caught by Franmalth’s new attacks. Wendy does manage to escape, mostly thanks to Natsu’s timely intervention.

And yeah, as Lucy rightly points out, Natsu does always arrive in the nick of time. Its the classic battle shounen manga protagonist abilities at display I guess XD 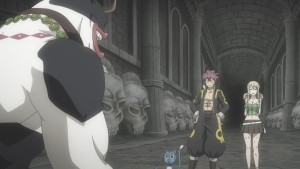 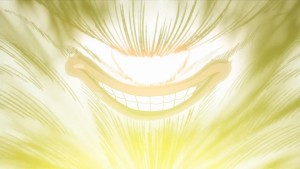 So Natsu, Lucy and Happy are taking on Franmalth, with Wendy And Carla the only two members of Fairy Tail heading toward Face. Now, I’m not try to underestimate Wendy, but leaving the fate of everything to a child? Doesn’t sound like the best of plans. It is what it is though, and it’ll be interesting to see if Wendy can rise to the insurmountable challenge she’s been given.

Meanwhile, Franmalth. The demon has unleashed his “most powerful” soul to fight Natsu, and it seems like its someone that both Natsu and Lucy know of. That’s something we’ll have to wait for next week, so I’ve got high hopes here. I’ve got my suspicions on who it exactly is that we’re going to see pop up, but I’m going to actually avoid speculating on it. And this goes without saying but NO HINTS whatsoever on this thing from anyone in the comments. Lets just avoid talking about it until next week, especially since even the Preview graciously refused to spoil it. 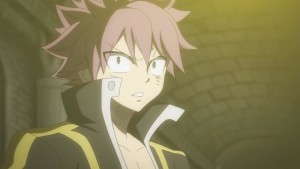 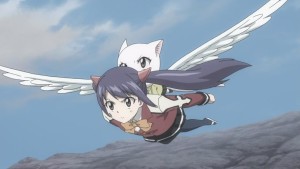 Another week, another solid episode from Fairy Tail. I’m getting very comfortable with the level of quality Fairy Tail’s been at these past few weeks, and I really am wishing it stays this way. There’s so much other stuff to look forward in this arc, so at this point, all that’s left is the breathless anticipation for the next episode every week.

Als0… as a side note, we never did find out how Natsu got his new duds before he rushes in to face Franmalth. I wonder if that’s something will get into later, or if its just something like Natsu’s odd change of pants, that will just get swept under the rug XD 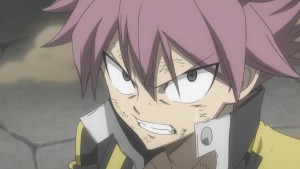 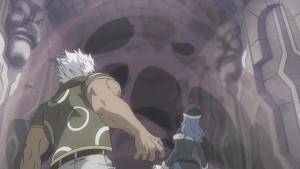 We’ll learn what soul Natsu is facing next week. It seems like Wendy’s also got her big battle starting too. Next week… I need it now!