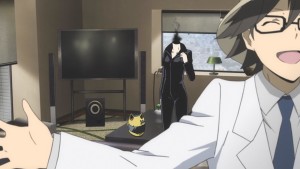 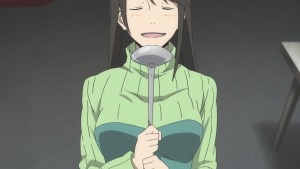 Durarara!!’s second season is back, and I wish I could say I was extremely excited for it, but for now I’m very much just a bit intrigued. My concerns at the finale of the last cour are still very much there and valid. Durarara!! just isn’t as exciting as it used to be, and more importantly as it should be. 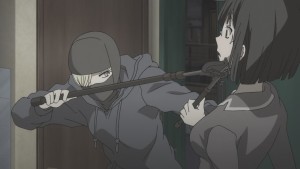 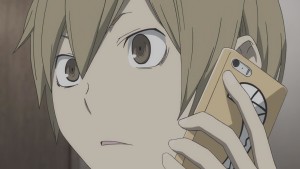 Should be is the primary point here, because what’s happening on screen is definitely interesting. Its interesting and yet I really did feel like a passive viewer again, in the same way I did in the first cour. There’s something missing in this season of Durarara!! and I just hope it finds it groove again.

What is interesting, is the OP theme, and how it seems to hint at Mikado having not only a pretty large role in the story, but being a different person and perhaps even taking the mantle of the primary protagonist. A protagonist, a central nexus point that the rest of the characters and their stories can revolve around would definitely help. 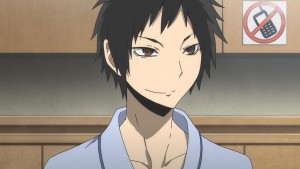 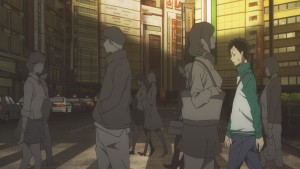 Interestingly, however, the opening episode of part two focused on Orihara Izaya instead of Mikado (who only got a brief walking scene instead). And its worth saying that despite having one of its most interesting characters in the forefront, Durarara!!x2 just felt dull. And I think it was more in the way of how the story was told, rather than anything else.

I think the first half of the episode was all about checking in on every character, be it for a brief moment. I really don’t think that was at all needed, and it really slowed the pace of the episode down. There was a sort of hype building though, who was the person that was going to come and try to Izaya? 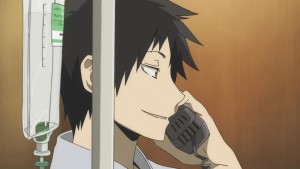 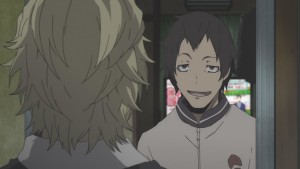 And I’ll also admit, it was kind of funny that all the usual suspects, the people that detest the guy, hardly even watched the news or bothered with his existence. That’s probably the biggest insult Izaya could get, that he doesn’t matter. And yet, someone did end up coming over to his hospital room to try and kill him.

The disappointment, however, was in the revelation that this would be assailant was a new character. Durarara!! is playing a pretty dangerous game here, STILL introducing new characters when the cast is already a bit overcrowded. The girl that came and attacked Izaya? Another one of those people that Izaya had convinced to kill themselves with his online alias Nakamura-san, and then shown them the futility of their ways. 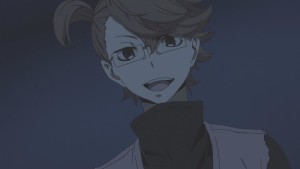 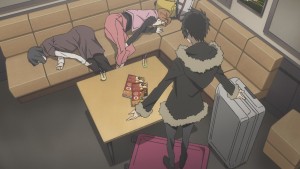 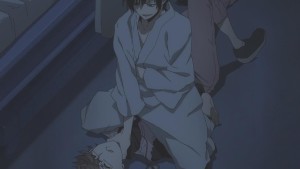 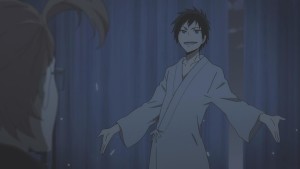 Honestly this character coming in and trying to stab Izaya was lost on me. It was lost on me because this was a character that just came in out of the blue. It wasn’t one of the MANY characters that could’ve come to give Izaya his just deserts. It felt like a cop out, but even more so, a pretty dissapointing even in and of itself.

Nothing really happened, nothing moved forward, and that was disappointing. There was some movement on the sidelines, though. It seems like there’s murmurings about Yadogiri Jinai going around and even some progress on the Mikado front. 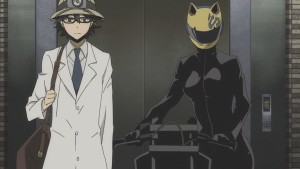 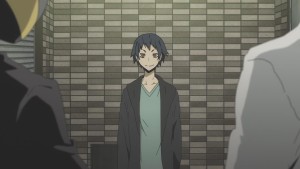 Yet, I saw a few things this episode that have me pretty concerned. It seems like Durarara!!x2 is going to the same thing it did last time, hint at parallel events happening at the same time, and then show us those events before moving forward. We got a look at Seji’s sister’s whole spat thing happening, and there was some kind of battle with Verona happening as well. Those are probably what the next two episodes are going to be about and I could honestly…. care less. 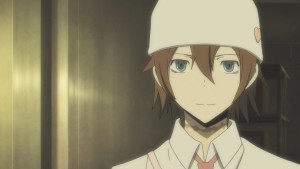 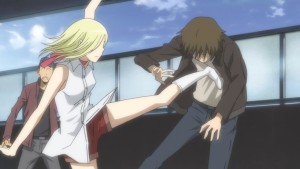 Durarara!!x2 just feel slow and stale, and while there are good moments here and there, and some exciting prospects, it doesn’t feel like anything great is going to happen any time soon.

Am I being overly negative? Yeah, I suppose I am. I don’t like to be, but I guess even with pretty low expectations I’ve still been pretty disappointed by what I saw this week. 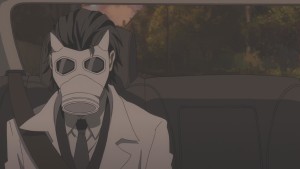 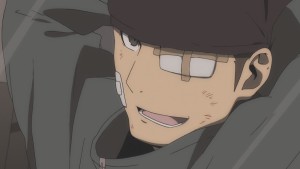 I want to like Durarra!!x2, I want to love it but I’m just not feeling it. I’m hoping the series picks up again like it did last cour after 5 episodes. First impressions though? Pretty meh. 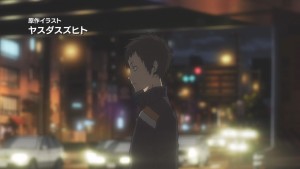 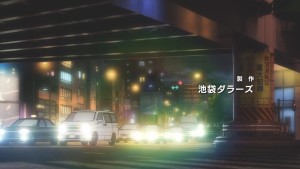 Okay, to change my tune a little bit, I really really liked this OP. The animation was pretty cool, using a different looking Mikado as device to take us through the entire cast of characters. I’m hoping, really hoping that this a hint for things to come, because THAT does excite me quite a bit.

The song itself was pretty solid. A lot more interesting than what we got for the first cour. It makes me feel SOMETHING, so that’s good. 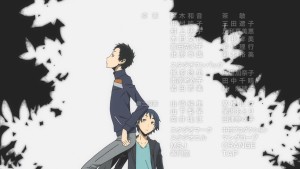 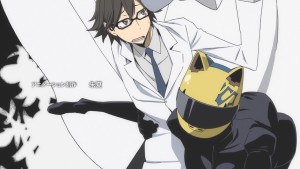 Ending was the same stuff we’ve seen before. This big long image of all the characters that slowly gets revealed with downward pan. The song’s not bad. Overall a pretty solid OP as well. 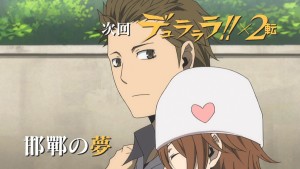 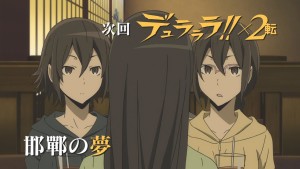