You Should Be Watching – Kekkai Sensen 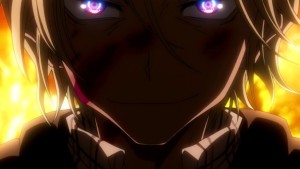 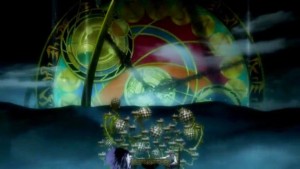 Now that yet another announcement has come out indicating that the final episode of what I consider to be the best series of the season has been delayed for yet another week (placing its airing at the moment in the second week of July) I thought I would cobble together a post in praise of Kekkai Sensen (or “Blood Blockade Battlefront” in English) and rather than make it a full review turn it into a “You Should Be Watching” post.

After all, it is only fair – these types of posts are primarily posts to share the enjoyment the blogger is having with a series and share it with the readers as opposed to give the series proper a thorough reviewing. And although the first 11 of 12 episodes of this series have been nothing short of spectacular for me there is always the possibility of the final episode ending on a flat note … so as far as I am concerned it is better at the moment to sing the praises of this incredible manga adaptation. 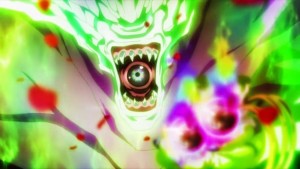 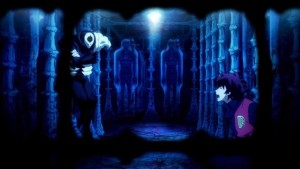 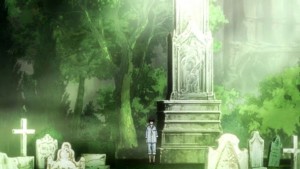 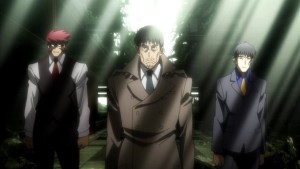 To be honest series like this are few and far between, I think – rarely does an anime series show such intense, relentless and seemingly inexhaustible creativity in every single aspect of itself like this one does … the only one that immediately comes to mind that in terms of general overall effect (and only this – I am using broad, sweeping strokes here) comes close to this series for me personally is the anime classic Cowboy Bebop.

First and foremost for me what stands out for me about this series is the setting. This series is lots of things at once, but it is especially effective in the elements of black comedy mixed with its surreal, urbanized Planescape style setting (anyone out there remember the old RPG?) … and is set in New York City of all places – that is, not Tokyo. It’s interesting, but somehow the strange setting/world sometimes feels as if it were one of the main characters. 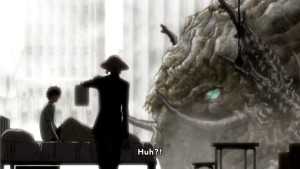 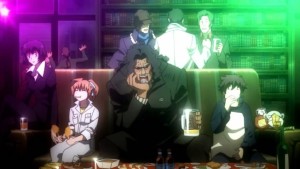 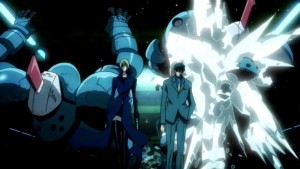 It is because of the presence of this setting, I think, that the series can make the “common anime themes” jump off the screen and possess a freshness that might be harder to produce in more everyday settings. Whether a bizarre, surreal setting like this one or a piercingly real everyday setting, though, either one takes skill to come alive – and for me it is definitely doing so thus far in this series.

In some ways it reminds me a tiny bit of the effect books like Flatland produce – messages are somehow able to be driven home a little easier because the viewer/reader/listener/whatever is kind of off his bearings and so it is harder to “sit back and be complacent”. However, be assured that the setting is only ONE of the things that makes the series so impressive. 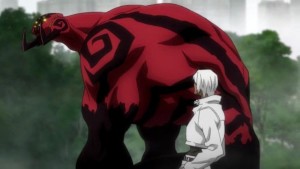 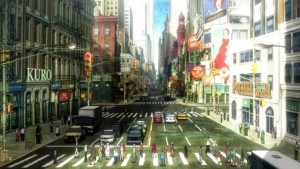 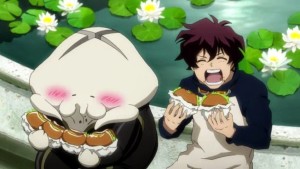 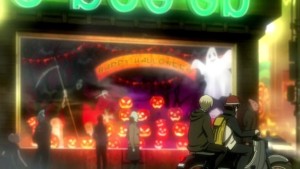 The cast of the characters themselves also stand out – and not just stand out: they practically leap off the screen and stare you down, and this includes both the main characters and the minor or side characters. Also the art itself is just … endless … I wish I could describe it some other way. The character, setting, and … well … everything … all the designs seem to never end in their variety and are animated with a similar freshness, swagger and even brash vivacity that is rarer than hen’s teeth. Bones Studio has done a Class A job in bringing the world of Nightow’s manga art style to the anime medium.

The audial content of this series lags not a whit behind the visuals. The Voice Acting is, frankly, consistently top notch and the music – the OP (I thought it was the best OP of the season to be honest), ED and OST do not lag behind the visuals in any way whatsoever thanks to the brilliant work of Taisei Iwasaki. His selections, compositions and arrangements compliment the visuals and the story in a breathtaking, multi-faceted manner. 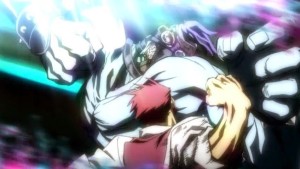 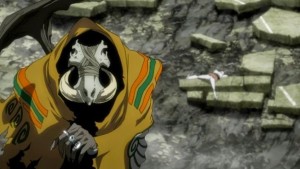 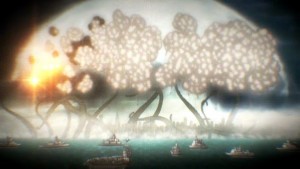 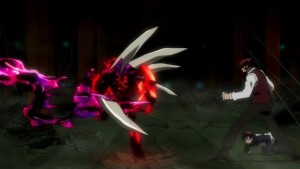 And to wrap it all up with singing its praises even MORE – the directing and storywriting has been absolutely engaging … I have enjoyed … no, I have savored every single episode and been continually surprised, deeply moved, roared with laughter – the “ultra-sorcerous whatsit” scene from ep 4 and the “Heinz ketchup song” from ep 6 were some of the most memorable scenes all season, if not the funniest. For such a dark, horror/gore like setting it is remarkable how consistently the series has been able to tap the realm of comedy as effectively as it has.

One feels with this series that every second was considered valuable, was regarded as necessary to pour the maximum possible artistic creativity on all levels into it, and was done with the zealousness and enjoyment of most every member of the staff. This was not so much a labor of love (although of course love went into it!) but a collective work of genius as far as I am concerned. Perhaps it is not for everyone, but for me it was downright mind-blowing. If you have not seen this series do give it a chance! 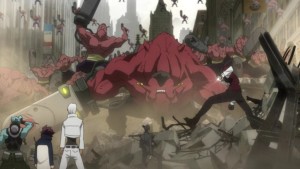 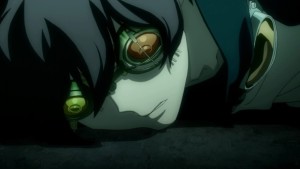