Okay, now this is a bit more of what I have been hoping for from Plastic Memories from the get-go. It definitely looks like the recent episodes of the series are going to tie the series up in a good way, and I can honestly say I am glad for it. Part of me kinda feels like the series (and even the characters) did not “deserve” the way they were portrayed early on. The past few eps have been much, much better, and even feel in harmony with the tonality of the OP and the ED as well. If next week’s final episode keeps this up I, for one, will be a very happy viewer, even with all the heavily foreshadowed and looming tragedy. 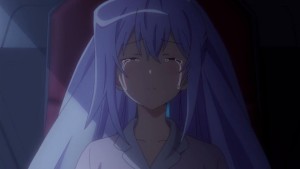 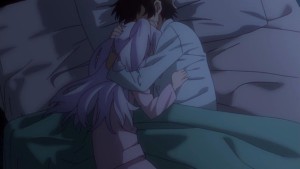 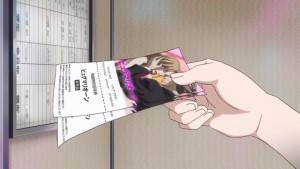 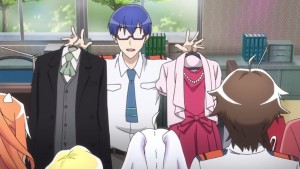 This week’s episode was little other than Isla and Tsukasa thoroughly enjoying life in a simple manner (rather than an artificial one, despite well-intentioned encouragement in that direction from their colleagues at work) but also struggling with the aspects of daily life in a simple manner, including Isla’s highly sensitive fear of termination and what will happen to her “personality and memories”. Almost all of these scenes were handled with deftness and care, and quite frankly it was an absolute pleasure to watch (I was especially touched by Isla passing on her knowledge of herbs to Tsukasa), even bordering on the heartbreaking and beautiful at times. One can see that these two already have a strong emotional bond, and have for some time now, but are able to fully begin exploring it in the time Isla has left. And happily for Isla it is not just bonds with Tsukasa, but also with her co-workers – one can see clearly in this episode that they really do care for, value and even treasure her. 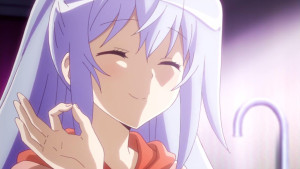 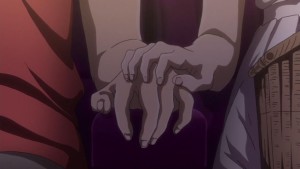 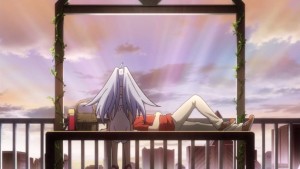 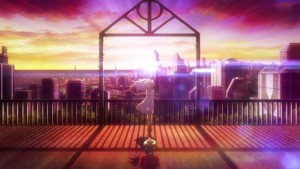 One of the most realistic aspects of this episode was when Kazuki calls Tsukasa aside and gives him the new “target” for end of service termination – it is Isla herself. Kazuki essentially regards Tsukasa as equivalent to Isla’s “owner”, and therefore requests that he be the one who signs the agreement for releasing her for termination. This is an excellently done sequence, for now Tsukasa finds himself in exactly the same place as some of the Giftia and clients he has had to hithertofore interact with – the shoe on the other foot gives a powerful perspective on things for him. It is not surprising at all that he should be experiencing emotional misgivings despite intellectually knowing better, and Isla comforting and consoling him in a brief moment of weakness to sign the release form was extremely well done, in my opinion. 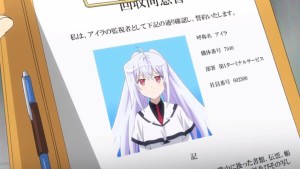 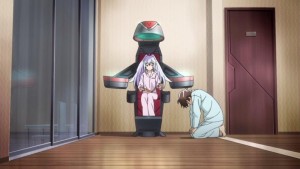 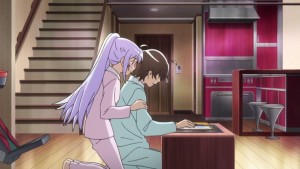 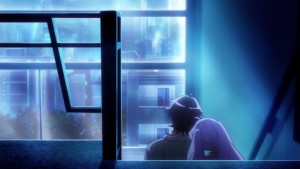 As per the pattern the series has set for itself, there is one last retrieval before Isla’s time runs out, and Isla, for the last time, is shown whispering something in the ear of the Giftia she helps retrieve once again (this is the Mafia don’s personal bodyguard that first showed up in episode 10). This episode we finally get to hear what those words are: “I hope one day you will be reunited with the person you cherish.” In many ways this could be seen to be one of the threads near the heart of what this series is trying to emphasize, and in the context and timing of when it is revealed (it is when Isla and Tsukasa are going home together after a “farewell party” for Isla at work) it carries quite a powerful impact with it. 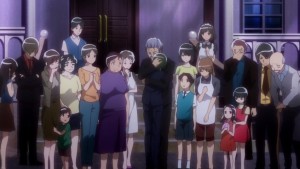 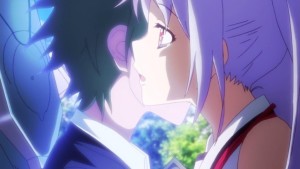 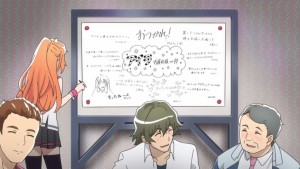 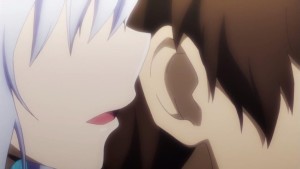 So next week we will finally have the concluding episode – the one where Isla is retrieved. As per the pattern of previous retrievals (especially emphasized by the choice of the old lady at the beginning of episode 8 for those who remember) Tsukasa will theoretically have the possibility to choose a few options in connection with it. I wonder if he will opt for? There are many possible ways the series could wind up as far as I could see, but whatever it is I can only hope it be handled as deftly as it has been done recently. Series with this kind of touch are a delight to watch, pure and simple.

Passerby from randomc dot net helped again this week with his screenshots. Yes indeed – it seems at the moment doing two series a season is just a little too much for me. I will probably scale back to one series in the coming summer 2015 season. XD