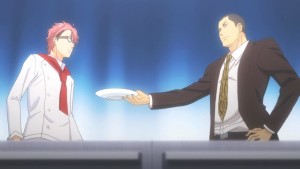 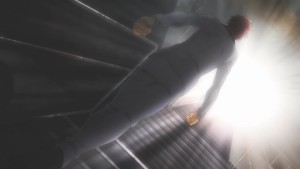 Well there’s the conclusion… I guess. I think the key emotion here is definitely that of things not feeling resolved, or not entirely being satisfying. The danger of going for emotions like that is that there’s a very fine line between making the audience feel something complex like that and just plain frustrating them.

I wouldn’t say this episode frustrated me, but it also was more of a mixed bag then I would’ve liked. So lets dissect then shall we? What worked and what didn’t (In my humble opinion). 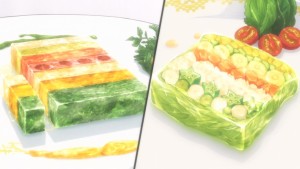 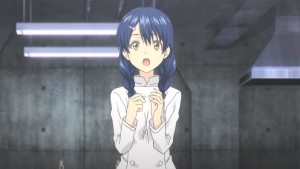 So what worked and what worked well? Megumi’s character arc’s conclusion. The results of the Shokugeki were of course, that the three judges voted for Shinomiya’s dish as better even though they quite liked Megumi’s. The build up and the tension towards the reveal was what really sold me. Megumi’s feelings, her anxiety, her strong sense of longing and wanting to stay at Totsuki, that worked well.

This was also the one instance where almost an entire first half of flashbacks for an episode… worked. Normally I’d get annoyed at how much the show was relying on scenes from previous episodes, but it really just worked. The flashbacks amplified the emmotion, and served to both look back and build towards that big conclusion. The interspersing of new scenes alongside the flashbacks were pretty much the reason why I think it all worked. 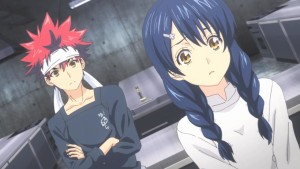 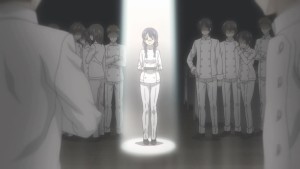 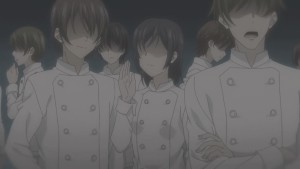 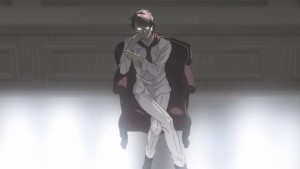 Yet, despite what I would’ve liked (to have Shinomiya lose) it made sense that the outcome was what it was. There was no way Megumi could beat Shinomiya, and possibly even Soma himself. I suppose we won’t know how the Shinomiya vs Soma bout would’ve gone, but I think this was very much Megumi’s arc.

And after she lost, that was a pretty powerful moment too. You could see the defeat in Soma’s eyes, but more so the guilt in Megumi’s. Those series of Flashbacks focusing on Soma and his interactions with Megumi were just as powerful as the ones about Megumi’s past. 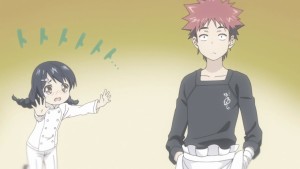 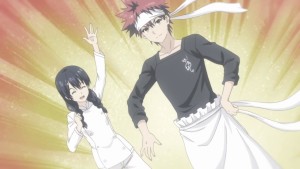 And for those of us who are in the ship wars, this was probably the point where I’d say Megumi x Soma began to seem pretty solid. The two just work well together and they’re both nice people. They contrast enough to one another where it makes sense to have them be together too. Of course, I’m sure we’re not actually going to get a direct look at romance in a shounen battle manga, so I guess this sort of teasing is the best we can hope for.

Now… While all the Megumi and Soma moments were awesome for me, the part that didn’t quite work for me was with Shinomiya himself. I knew what was going to happen the second he won  and Dojima stepped in, but it just didn’t feel great. The fact that Shinomiya’s asshole behavior was given a backstory and by extension an excuse, bothered me. 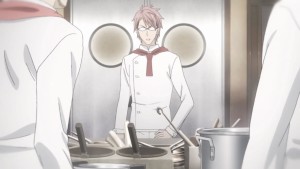 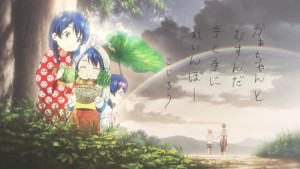 I simply don’t care what your past or issues are like, being a good or bad person is totally on you. And its not like I’m against villains being redeemed, Fairy Tail is my favorite shounen action series after all, but it just wasn’t done as well this time.

I’m sure Shinomiya ran into his fair share of racism and issues while trying to strive for the top, and I’m sure it jaded him but I still don’t think that’s an excuse. It doesn’t excuse his actions, and doesn’t make him likable for me. At the very least, he had the gutts to appreciate Megumi’s dish and its great qualities, but the resolution seemed pretty weak still.

I think the thing that bothered me the most is that the Shokugeki actually benefited Shinomiya, who was in a bit of a stagnation rutt himself. Given how much of an ass he is, Its just unfortunate that he got such a cheap lesson without any hurt. But I guess that’s just part of the Japanese culture, and its something to be admired. 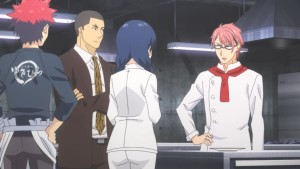 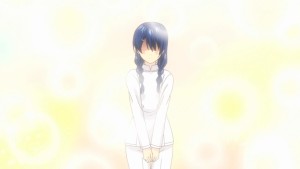 And there were quite a few things to admire too, especially Megumi’s kindness. I liked the little moments of describing Megumi’s cooking and her kindness. The icing on the cake was the fact that she actually used a spice that was easy on digestion for the judges. It was something that moved even Shinomiya, and I suppose I’ll give it to him for noticing that at least.

At the end of all of this, Megumi got to stay with her friends, and were encouraged by the top of the top in her school, and Shinomiya ended up learning that he had to learn to consider “people” in his cooking. Then there’s Soma. 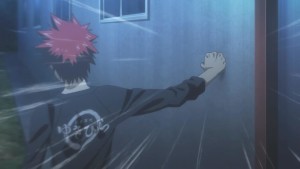 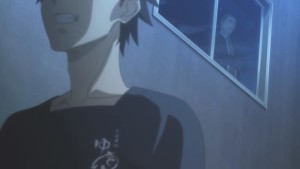 Soma was actually the one that got the short end of the stick, as he really did want to win. I liked how the show didn’t shy away from the fact that the unbeatable protagonist did indeed lose, even if the odds were so stacked against him that it wasn’t quite his fault.

The anguish that Soma felt for losing, it made sense, and it was I’m sure a bit of a vexing situation for him. But I think its’ one that will inform his own character arc, as I’m sure he will eventually hit that wall where there’s someone that can beat him. For now though, its worth noting that both Dojima and Shinomiya recognized Soma’s talent, and that can only mean good things going forward. 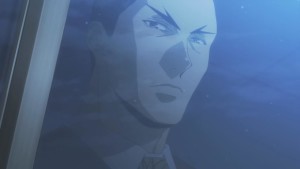 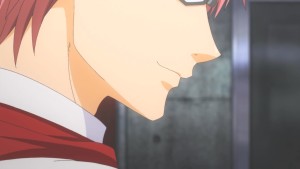 In the end, while I guess I’m a bit hard on this episode, it did win me over in the end. It just didn’t achieve everything it set out to do, and that’s something that I guess will happen with time. Its no exaggeration that this show is really getting better, and I’m totally willing to go around for the ride. 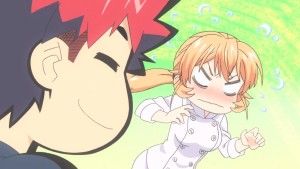 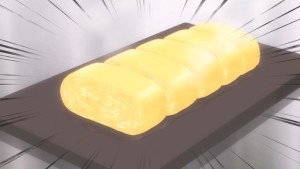 Its all about Eggs next week eh? Well well… next week then.