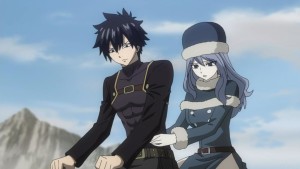 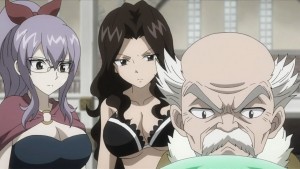 I swear… If I have to see that Magic Council bombing scene… One… More… Time…. ARGH!

Its kind of uncanny how much of a mixed bag the Tartaros Arc is starting to become. The flawless pacing? The constant one upping? Its not quite there anymore like it was when the arc started. And that’s both a tragedy and a travesty because Fairy Tail fans deserve better, hell… Fairy Tail itself and Mashima-sensei deserve better. 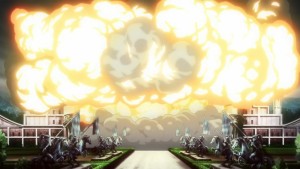 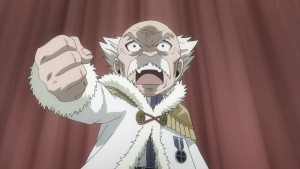 I read a comment recently on one of the older posts for this second series, right as it started. Someone very rightly complained and lamented about how bad the animation quality and adaption had become and I defended the series, saying: “At least in the recent episodes its gotten better”. Well uhh… Scratch that I guess?

I’m not sure why this is even happening. The Tartaros arc is long, so there’s no shortage of content, so then it has to be budget issues. I’m  so confused as to why Fairy Tail is getting such a low budget since its return, especially given how great the first series was as it ended. Its getting to the point where its getting hard for me to watch Fairy Tail week by week, in the same way its hard for to watch One Piece week by week, or World Trigger at all. 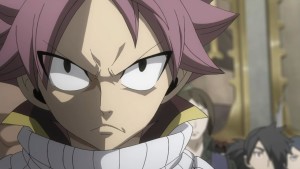 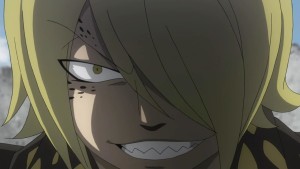 This isn’t okay, this isn’t something that can just be “skipped over”. Even If I had the option to scroll past these long recaps, I wouldn’t, because that’s not how entertainment should be viewed. If I need to skip over the first good chunk of an episode to get to the actual content, then I don’t see why this series is going by the 24 minutes per episode scenario. Hell, at this point I’d be fine with just cutting out the recycled bits entirely and seeing the show shorten its per episode runtime just so it doesn’t mess with the pacing.

I’m not sure what’s going on over there at A-1 Pictures but this is the sort of the stuff that kills you series, and has people leave in droves. Its an extra slap in the face after that one year break AND a huge load of fillers. The whole point of the fillers should’ve been to not have these kind of things happen…. sigh. 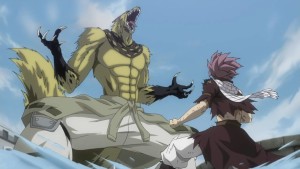 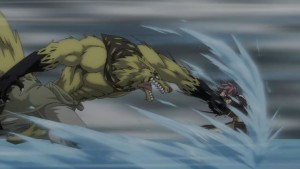 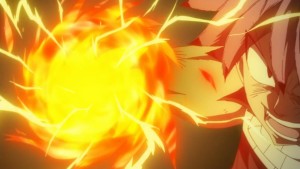 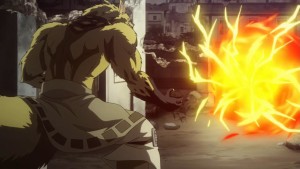 As for the actual episode content when we got to it? It was good. It had its good moments, especially when we saw the conclusion to the Natsu and Jackal battle. It was a bit surprising to see Natsu just completely own Jackal after he came back, especially given how quickly Jackal had taken out the entire Magic council. I guess Natsu’s just that strong, but even he had to completely exhaust himself to take Jackal down.

And much like in Laxus’s case, Jackal had a nasty surprise in store after he did lose… Self Detonation that would level the entire city! For a moment there… I really thought we had just lost Happy in this arc too after he decided to fly Jackal away and save the city and his friends. I won’t lie that it was a bit disappointing to see Happy get out of it more or less unscathed, save for a bad hairdo. In some ways the whole tone of the Tartaros arc, with things being dire was kinda cut off a bit this week, simply because Natsu and Happy were both able to take down Jackal without too much of a bad outcome. 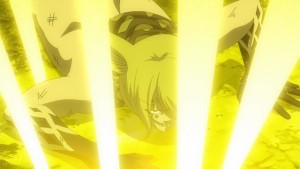 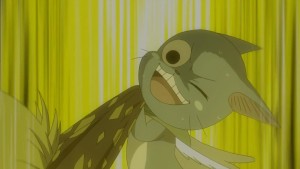 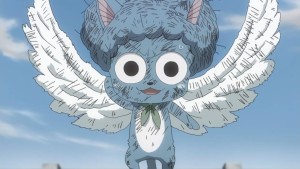 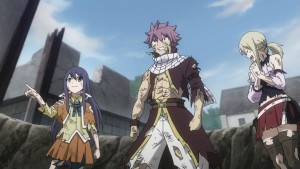 While Natsu and co are the main characters and therefore have a bit of plot armor to them, I’m not quite so sure about the other teams. Lisanna and Elfman run into Seilah and things aren’t looking to hot. It seems like a broken record at this point with Elfman always seeming to be about to kill Lisanna, so why does Fairy Tail continue to pair them up? It just seems like bad luck at this point.

Elsewhere, everyone else seems to have arrived at their designated spots too late, so Fairy Tail is out of leads until that Selfish prat of a person Michello spills the beans on what exactly Face is. Seems like the Magic Council just hordes Mass weapons of Destruction like its prepping for an Apocalypse. If Etherion wasn’t bad enough, Face can wipe out all Magic in the continent, essentially making all mages powerless while having Tartaros remain all the more powerful. 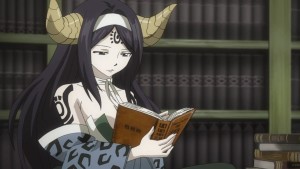 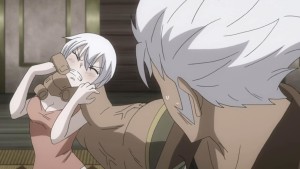 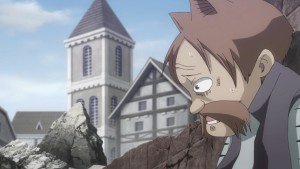 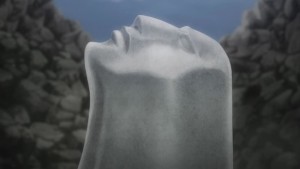 The kicker, however, is that its life Link Magic that keeps Face in check, So say… If the specific council members who are keeping it sealed die… Boom! Makes sense why Tartaros is going around killing council members both old and new.

The final lead, which culminates in this week’s closing segment, is none other than the fact that all the information about Face is with the previous Chairman of the Magic Council. After finding his whereabouts, Fairy Tail sends the duo of Mirajane and Erza, their two female S-Class Wizards to protect him. Things are definitely going to get interesting, as I don’t think we’ve ever seen these two exceedingly powerful women team up. 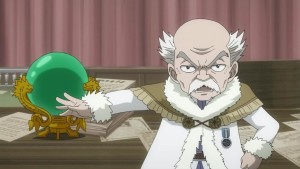 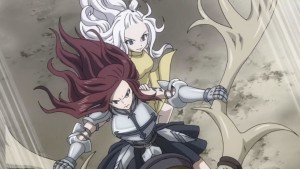 In the end, I like Fairy Tail, and I like the Tartaros Arc. Its just painful to watch the anime series suffer because the adaption is being handled so poorly. Will I keep complaining about this as feverishly as I did in this post? Probably not. The reason I am so disappointed is because the series itself gave me some false hope, executing two very solid episodes before taking that glorious pacing and flow away from me.

While I will definitely make an effort to complain less about these adaption issues, I won’t give episodes a score higher than a B+ if they continue with this recycled garbage. That’s all I have left in defiance to this sad practice I guess, unless it gets so bad that I end up deciding to read the manga instead. 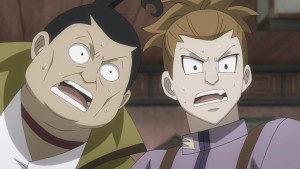 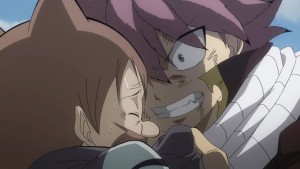 Hopefully it doesn’t come to that. The story is definitely getting more and more interesting, so here’s hoping next week has enough awesome moments to make me forget this… or at least soften the blow. 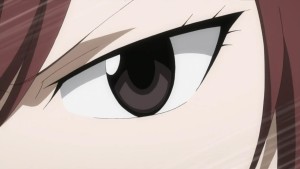 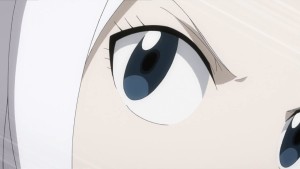 Talk about SPOILERS. Man these Previews are really starting to spoil a decent amount of the next episode, both with the preview scenes and the narration. Ah well, see you all next week!