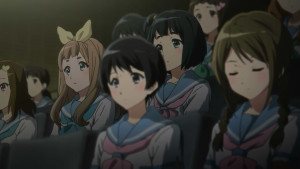 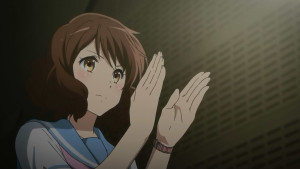 A good episode overall. In a sense you could say status quo, but it did clean up the mess quite a bit. Unfortunately it also almost blew up in Taki’s face. In the end only really friends of the performers voted. The band members neither having the guts to lie and clap for Kaori to have the solo nor the integrity to clap for Reina who they knew was the better performer. They were simply silent. Which I suppose is an improvement from the stupidity of their rumor mongering in previous episodes.

Truly there was a great desire to hit the monitor at the half way point. I was just thinking “don’t you freaking dare ask Reina to throw the audition.” What would the point even be? Everyone with any musical sense would know Reina was throwing it, especially Kaori. Would she be happy with the humiliating job of being the solo when those around her would know she wasn’t as good? I really don’t care about her argument. My condolences to Kaori, she’s stuck in the gap between a switch from seniority to merit. That kind of thing will happen. But it doesn’t matter, she’s not good enough. I don’t care that she’s this huge fan of Kaori or really likes her. That stunt should have her booted off the band, if she can’t care enough about the quality of what they are doing to not do something like that….she shouldn’t be allowed to perform at all. 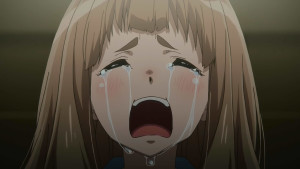 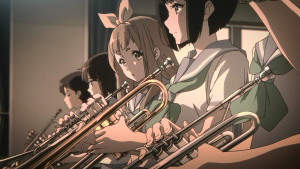 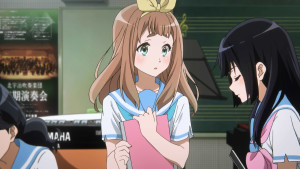 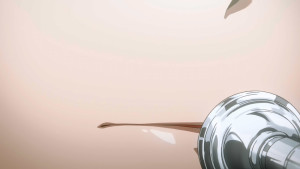 It’s an interesting episode and I can appreciate the fact that they were trying to make Yuko (ribbon girl) more relatable. The problem is…I still hate her character. I can respect her sticking by Kaori and voting for her. I can appreciate you sticking by someone out of loyalty, that’s fine. But the rest of her actions? She downright begs Reina, an underclassmen to throw the audition. The social pressure of that is insane and she should be ashamed of herself. Kaori’s past and her unfortunate position isn’t Reina’s fault. Reina shouldn’t have to sacrifice this for Kaori’s sake. Yuko can talk about next year, but what if Reina dies in a car crash? Who knows what next year will bring. Maybe an even bigger phenom shows up to follow Taki. The present is the thing that matters and Reina should be allowed to chase her goals without being dragged down like that.

I did like the short bits of Natsuki. She did throw reality into Yuko’s face a few times. But was also there as a shoulder to cry on (though she didn’t exactly volunteer it). I think her words have much weight because she failed the audition. She could accept her limits and could understand that forcing this situation was only going to hurt Kaori even more when reality became clear. Plus she makes a good point, Yuko is the one crying and making a big fuss, but it’s Kaori who is going to hurt from this. She’s the one who is missing the solo in her last chance. 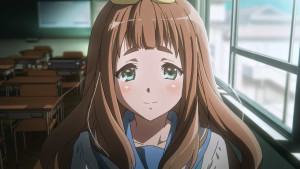 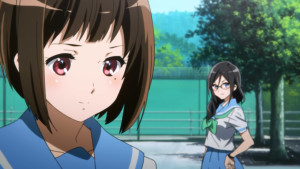 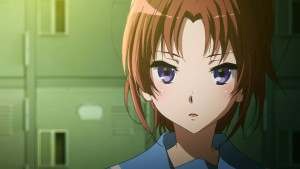 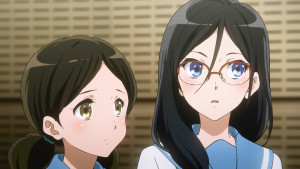 The Kaori and Asuka bits were interesting to be sure. Kaori herself has this kind of obsession or draw towards Asuka. A desire to prove herself and to surpass her expectations. In some ways I’m not sure even she knows what she wanted Asuka to say to her. Kaori knows she’s good, but she’s not great. Nothing anyone says can change that. Their scenes were just interesting since you could feel the strangeness of the whole situation there. Asuka refusing to give her real opinion until turning that question back on Kaori and then not actually going to her corner. That was Haruka. Haruka ignoring her position in the band just acted as a friend which I’m not sure Asuka actually is. When the time came Asuka used her position to shield her from having to take sides.

There was the bit with Shuuichi and his issues. He is struggling with his part and it’s interesting to see him just fight through it. Kumiko acknowledging it, but not really reaching out to support him. In some ways I think she just uses it to realize that she wants to get even better herself. Just a little thing that might become key in the next episode. 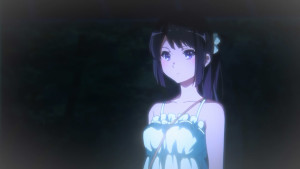 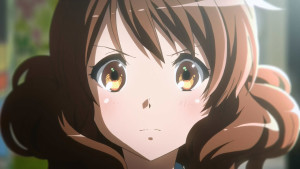 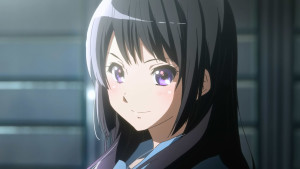 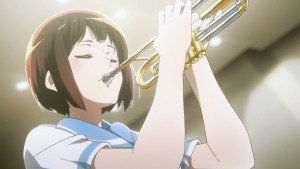 Of course was the Reina and Kumiko moments. I’ll give the show credit, they really are doing a great job pulling you into those scenes. Just nice build up as well, Midori and Hazuki pushing Kumiko to invite Reina for lunch leading to one moment. Also will just say I loved Kumiko running her mouth with Yuko and being blunt about Reina being good enough for the role. It was a good mirror with the previous scene with Hazuki and Kaori to have Kumiko show up and talk to Reina. Reina needed someone to be in her corner and Kumiko pulled off that role spectacularly well. Reina really did need to be convinced out of throwing the competition.

Kumiko used a lot of Reina’s words to support it, but she did give her honest thoughts. Reina is special, she is damn good and shouldn’t be pulled into the thinking that she needs to sacrifice herself and throw this audition. It was nice having her say she’d be a villain with Reina if she won and that she’d “probably” tell them that she was better and should have the solo XD. Kumiko can’t help questioning her own confidence at that moment. But it was enough for Reina to calm down and get energized to compete. Plus damn…they really do have fun with continuing to develop these two and creating an entirely plausible interpretation of that relationship. The whole talk about Kumiko staying with Reina and “you can kill me if I betray you” kind of talk was pretty heavy.

The competition was good. You literally got to listen to both of them play their parts and could compare it mentally. I don’t have the best musical ear to be honest, but I could still tell the quality of both performances. Kaori did a good job, she played it properly. But….Reina was better. Her sound was what you’d hope for in a solo. It was strong and confident. It sounded like someone who fully believed in their ability. And of course I already said my feelings on the result. I think it’s sad that as a whole they were just quiet. It did say a lot though about Kumiko’s character that she stood up in a quiet room and gave her support to Reina, for someone who didn’t even vote at the start of the show about the band’s direction that is a statement. 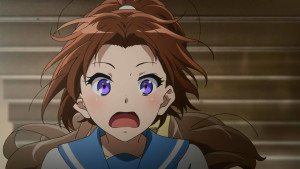 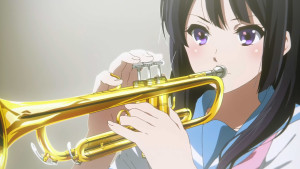 I did enjoy the episode, it was great drama. The buildup to this audition was excellent and you could understand the competitors and their closest supporters. Also in the end the right person won, I’m just a bit annoyed that it wasn’t such a clear win. It required Kaori being a better person and saying “I’m not the right person for the solo.” So props to her for doing the right thing and Reina for not crumbling under social pressure. Now we can finally look forward to the competition and the conclusion for this series. Here’s hoping they just come together perfectly and show what they can do.
Score: A+