It is plain amazing how quickly the Spring season seems to have zoomed past me, and following the pattern of this year’s Spring and Winter post I thought I may as well make one for the Summer too. I thought it might be interesting to list a few series I am either looking forward to seeing or are just plain curious about again, and once again in all likelihood it will be from this general pool/listing that I will be selecting which series I will blog in the upcoming season.

Generally I felt the Spring 2015 season to be a fairly solid one, and while there were some disappointments, it was mostly because I felt they did not reach the potential they could of – two examples of this are Re-Kan and Plastic Memories. But there were several good series, and a handful of downright excellent ones for me – including Kekkai Sensen (which I thought was frankly incredibly well done), Hello! Kiniro Mosaic, Show by Rock!! (curiously probably the series I enjoyed the most week in and out, and any series that surpasses something Kiniro Mosaic in my book is something) and the ongoing Ore Monogatari. There were also some pleasant surprises, and fortunately surprises that will carry over, including Arslan Senki (a slow starter, but becoming quite interesting) and Go! Princess PreCure. Hibiki Euphonium, which is ending this season, was also quite enjoyable, I thought.

That being said, summer … well … not many things look incredibly interesting for me to be quite honest, but a few stand out. A fair number of the series look to be middle of the road at first glance, but hey – why not let myself be surprised, eh? As expected, a few sites already have pretty thoroughly developed anime season previews already, including: http://anichart.net/summer, https://www.livechart.me/summer-2015/all and http://static.neregate.com/2015/05/neregate.com-Summer-2015-Anime-Chart-v2.jpg. 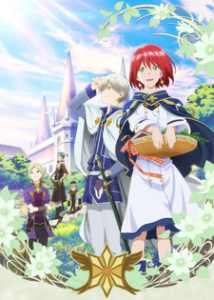 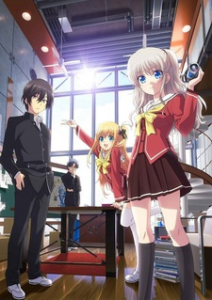 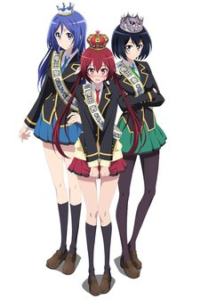 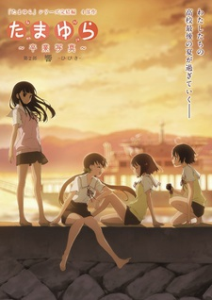 For the moment the only series I am actively looking forward to are Akagami no Shirayuki-hime, Joukamachi no Dandelion and Charlotte. But I am also greatly anticipating the second Tamayura movie, titled Tamayura: Sotsugyou Shashin Movie 2 – Hibiki.

The first is definitely the heavy hitter in terms of newly airing series. Shirayuki-hime is looking really, really good from the previews and the rest. I happen to be quite fond of the manga source, and pretty much gushed over the anime announcement as soon as it popped up for the first time. Joukamachi no Dandelion is a potential sleeper for me – once again it is based on a Kirara manga for it’s source, and it looks to be a light hearted comedy intermixed with serious moments. Charlotte is a horse of a different color – I happen to be extremely fond of the staff and the style of composition, etc. I could see it becoming another series (potentially) on the same level as a Kanon 2006, Little Busters, etc. (not quite a Clannad, which for me is very high praise). But it could also fall far too short of its potential, like Angel Beats did, in my opinion. Tamayura is … well … rather than say anything here feel free to read my review of the first movie. I love this series to death. Nevertheless, here are some summaries:

Akagami no Shirayuki-hime: The story of the original manga revolves around Shirayuki, a beautiful girl working as a medicine woman who has red hair, which is very rare in her country. When she is proposed and chased after by the prince of her country, she runs away, only to meet Zen, the prince of a neighboring country. Finding respect for the young man, she decides to serve at his side as his court doctor.

Joukamachi no Dandelion: In the story, the everyday lives of the nine super-powered siblings of the royal family are monitored by more than 200 surveillance cameras and broadcast nationwide. The people of the nation who are watching the broadcast will have the ability to elect the next monarch. The story focuses on Akane, the third-oldest sister who can manipulate gravity. She is shy and desperately does not want to be caught on camera.

Charlotte: The story centers around the special abilities that occur among a small percentage of boys and girls in puberty. Yuu Otosaka uses his power without others knowing, and lives a fairly normal, average school life. Before him suddenly appears a girl, Nao Tomori. Due to his meeting with her, the fate of special power-users will be exposed.

Tamayura: Sotsugyou Shashin Movie 2 – Hibiki: The story is set in the summer this time, when Fuu, Kaoru, Norie, and Maon have been promoted to third-year high school students, while Kanae has graduated. Two kouhai already joined the photography club. Even though they bring in new friends, their lively daily life remains unchanged. Yet, the four third-year students are slowly thinking about their own future dreams and paths as they face graduation in about a year. The catch phrase for this movie is “our last summer in high school is passing”. 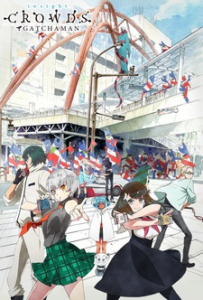 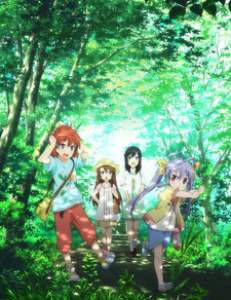 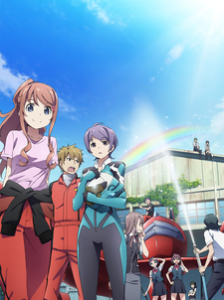 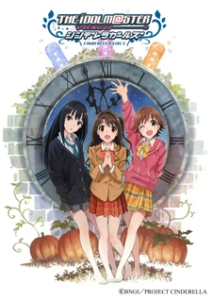 Some of the other series I am somewhat looking forward to include Gatchaman Crowds Insight; Non Non Biyori Repeat; Classroom Crisis and the second part of the split cour of the Idolmaster Cinderella Girls series.

I really enjoyed the first season of Gatchaman Crowds, but thought it kinda resolved it’s story line pretty well. When I heard of a second season I was honestly kind of puzzled, but in any event I am more than willing to give it a try. I also enjoyed the first season of Non Non Biyori, but for the me the show begins and ends with the character of Renge, who might be the closest possible similarity we have in anime up to the present day to the manga character of Yotsuba. Renge alone almost guarantees enjoying this series. Classroom Crisis is a hard one to read at the moment, but my gut tells me it could have good potential if handled right. And the second half of Cinderella Girls … well, I thoroughly enjoyed the first half, and have been looking forward to more – and here it finally is!

Gatchaman Crowds Insight: The snippet for the series reads: “We want to know about ourselves … About the fact there is no “society” in our “country” … About “society” and “people” living in different worlds. Feeling and reason … What is crucial is “thinking,” not “worrying”. Modern people are too “fast” – we breath shallow and quick … “We” are terrible at being slow and deep.”

Non Non Biyori Repeat: Elementary school student Hotaru Ichijou has moved with her parents from Tokyo to the middle of the country. Now she must adapt to her new school, where there are a total of 5 students in the same class who range through elementary and middle school ages. Join their everyday adventures in the countryside. This is the second season of the popular series.

Classroom Crisis: A romantic comedy set in a near-futuristic world about the troubles and tribulations of high schoolers on salary. With aims to one day reach out into the stars, humanity has colonized all the planets of the solar system. This story of young high school hopefuls is set in Fourth Tokyo in a Japanese Martian prefecture. Iris Shirasaki is a third year student/aspiring test pilot. Mizuki Sera is her peer/mechanic and Mizuki’s brother Kaito is their homeroom teacher and the young director of the program developing their talents.

Idolmaster Cinderella Girls Part Two: There are many idols with long-established talent agency 346 Production. And now the company is starting a new program, the Cinderella Project! Girls leading normal lives… They are chosen to be aspiring idols and see another world for the first time in this Cinderella story. Can they all climb the stairs that lead to the palace? The magic begins now…

As mentioned earlier there are a handful of series I am enjoying carrying over from the Spring 2015 season, including Go! Princess PreCure; Ore Monogatari; Arslan Senki and Nagato Yuki-chan (sorta). There are a few series that I know little about but which look mildly interesting and I could see possibly enjoying as well (or even being sleepers) including: Ushio to Tora; Sore ga Seiyuu!; Himouto! Umaru-chan; Chaos Dragon; Gakkou Gurashi; Rokka no Yuusha and God Eater. In a similar manner, but in a different format there are quite a few shorts series airing next season that look like they could be mildly interesting, including Wakaba Girl; Wakako-zake; Danchigai; Miss Monochrome season two and Million Doll.

And finally, there are a few movies and OVAs scheduled to air next season that also have caught my attention, including: the Bakemono no Ko Movie; the Taifuu no Naruda Movie; the Kokoro ga Sakebitagatterun da Movie; the Little Witch Academy sequel OVA and the Shouwa Genroku Rakugo Shinjuu OVA. As per any season there are also assorted other OVA/specials that could catch my interest. Even with all these, though, at the moment the Summer season honestly looks to be a bit of a question mark for me. Not that I disapprove, per se, but it is hard for me to get a read on, I guess. Well … all the more possibility of being pleasantly surprised!