Here we are again…where the heck did the time go? Regardless we’re here and ready for the summer season! In some ways this season has even more shows that I’m looking forward to than the spring did. It seems like we’re in for a lot of fun and entertainment this season. At least for me there are a lot of shows that I’m pretty excited to see and a good amount that I’ve got my fingers crossed for. I won’t talk about every show that’s coming out this season, but I can talk about the shows I’m most looking forward to. However this summer season turns out, at least the anticipation is pretty high from my point of view. There’s a good variety from action shows, to comedy, slice of life, fantasy and a mecha show. That should leave room for everyone to find something to enjoy. The start of a new season is a great time as an anime fan. You get to watch a ridiculously high amount of first episodes and start to try and find the shows that will stick with you for a season and beyond.

When in doubt you can turn to sites like Ani Chart to find everything that is being listed. This is just my personal expectations for the coming season. Unlike with Spring, I will miss a lot of shows that are ending. Winter was a pretty rough anime season for me and Spring just gave us so much good stuff to watch and enjoy. It’s kind of a nice thing for me that Summer looks to break the pattern and follow up a great season with another good season of shows. At least for me, this season is looking good and I’m just hoping not to be let down. 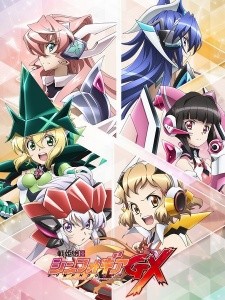 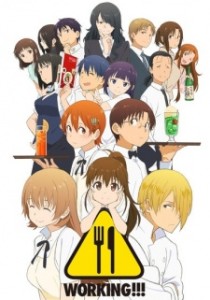 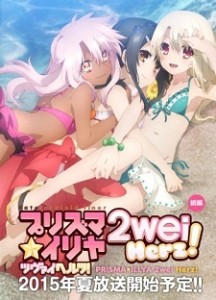 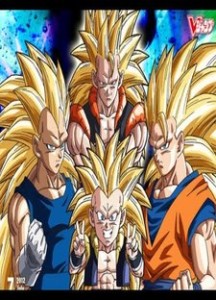 Senki Zesshou Symphogear GX
This could very well be my most anticipated show of all. I honestly really enjoyed the first two seasons of Symphogear. It kind of combines a lot of things I enjoy. It’s kind of mahou shoujo in terms of the girls with transformations and special abilities, but more tech based since their not using magic but rather ancient relics and such. It has a likable group of characters, nice action, and music. I really enjoy how the show has battle songs that aren’t just background, but rather the characters themselves have to sing to power their attacks. It’s an interesting thing that I haven’t seen done before. With a new season means new songs and that’s part of the draw. I can’t wait to see what happens. They have a large enough main cast now after season 2 so can just focus on adding new threats for Hibiki, Chris, Tsubasa, Maria, Kirika, and Shirabe to take on. Bring on season 3!

Working!!!
It’s hard not to be excited about this one. I really enjoyed the first two seasons of Working. It’s a fun and comical series with some solid moments sprinkled around. The most serious stuff really was the screwed up upbringing that Inami had growing up. Everyone in the cast is extremely weird and has their own quirks. But, it’s a fun show that had me laughing most of the time. I will admit to being curious how the semi-hinted relationships in the show will work out, but mostly just looking forward to having a good and fun time.

Fate/kaleid liner Prisma☆Illya 2wei Herz!
There was just no way I was going to let this show pass me by. I finally found the time to cover the first part of 2wei and I’ll be back for 2wei Herz. I do enjoy the Fate-verse anime and this is an interesting spinoff that I’ve enjoyed a lot. It really is mahou shoujo mixed with Fate and it works. The second season initially introduced Kuro and her relationship with Illya really drove the first half. I expect that to continue now that they are out hunting for the mystery 8th card. It should be a fun ride. It’ll have some great fights, some fanservice, and a good story to mix in there. I’m heavily looking forward to the end though to see if they announce they will cover Drei in the future, that series…would be amazing to see animated.

Dragon Ball Super
Hard to not be excited about a new Dragon Ball series. It has been a long time (especially if you are trying to wipe GT from your memory). Luckily this show will completely ignore GT and carry on with the new timeline that includes the recent Dragon Ball movies. The key question here is how they will handle the threat levels of the new enemies. The main cast is already insanely powerful and has left a ton of the cast in the dust because super saiyans are just too darn powerful. Still, I can’t avoid looking forward to this. Dragon Ball and all its incarnations were a big part of my childhood and anime history, I’ll be watching. 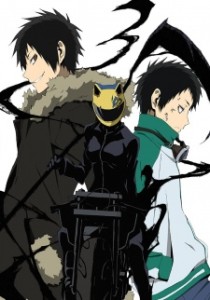 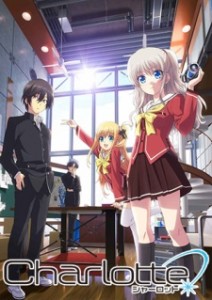 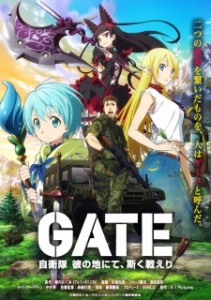 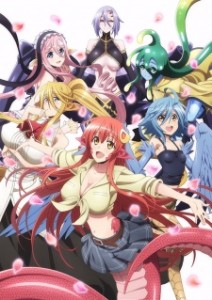 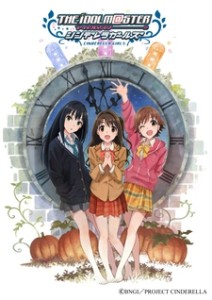 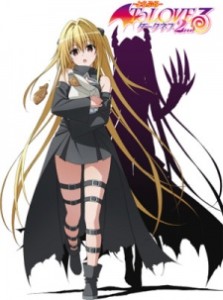 Durarara!!x2 Ten
This being a continuation of the second season I’m of course excited to see how things will unfold in this second part. I’m just not super hyped since the first part wasn’t quite as impressive as the first season was as a whole. The story and plot just didn’t seem to move as smooth in my mind. I’m sure this will be fun, but my expectations are more tempered than last time this show was on the radar.

Charlotte
I do agree that more original projects should show up in anime. Just looking at this list….mostly adaptations and sequels. This is a show I know little about outside of the summary. That’s a fun thing to have. The premise seems to have potential. You have these kids with unusual special abilities and really that’s about it XD. Just know that these abilities are pretty rare. It’s more that visually the show looks good and the people behind it that has me moderately excited. We have Aniplex, Key, and P.A. Works working on an original project, seems worth looking into.

Gate: Jieitai Kanochi nite, Kaku Tatakaeri
I have to say the more I read up on this show the more intrigued I am. I very much like the idea of this fantasy world getting connected with the one we know. This gate between two worlds and the people having to travel through it, honestly reminds me a bit of Stargate. While of course the main character is an otaku, he is also in his thirties. Kind of cool to have an older main character in an anime. That’s just not the normal age range. I just like the idea of this show. The cast having to manage international pressures from Earth governments and also the whole fantasy world they are connected to. Plus the very basis of this show is a tragedy started this event with the appearance of that gate. I think this could be a very fun show depending on how they handle the plot.

Monster Musume no Iru Nichijou
This is certainly not going to be the serious show of the season, but it should be fun. Monster girls are an interesting bunch and not a group you see that often in anime. I read a bit of the source material and it was pretty harmless fun. Just the idea that in terms of inter-species relations you have people offering their homes as guest houses for monster girls. The main character ending up with his home turning into a very packed place since he will of course get a bunch of girls that will constitute the monster girl harem. It should be a good bit of fun and won’t just the same harem hijinks since at least in this case they won’t be human girls XD.

THE iDOLM@STER: Cinderella Girls 2nd Season
This only gets to be on the list because the show kind of quickly had to decide to chop itself in half due to production issues. But, I’m still glad we’re getting more of this series XD. I enjoyed the first part and I’m sure the second will be good. The new cast took a while to grow on me, but after a while I grew to like most of them. It should be fun to see how the second half unfolds. They’ve assembled the units for the groups and now can try to develop the characters some more through some unit based events.

To LOVE-Ru Darkness 2nd
The funny thing with this show is that it almost isn’t a show I’m anticipating for this season since the censorship with this kind of show probably means that waiting for the Blu Rays will make more sense. Still, as a whole I enjoy this series. A good spinoff from the standard To Love-Ru that gives more focus to Momo and of course Yami. This is one harem I’m kind of ok with since the goal in this case is literally to make a harem. It isn’t just not picking a girl for an entire series and dragging things out stupidly. At least here Momo is trying to create this harem around Rito so the girls will at least mostly be happy. Plus this show goes over the top on the comedy so at least if you only moderately like harems, you can still get a laugh. Better to laugh than have nothing good going on. I do like some of the characters so I’ll be ready to watch this show. 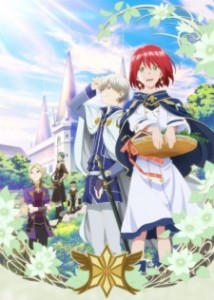 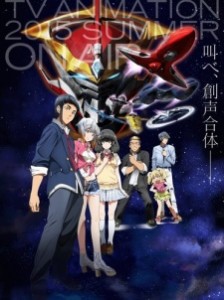 There are plenty of shows I’m still curious about at this point. Shows like: Akagami no Shirayuki-hime, Gakkou Gurashi!, Gatchaman Crowds insight, God Eater, Aquarion Logos, etc. There is only so much time though to talk about a new season before it drags out though. At this point I’m pretty excited about the Summer season. In some ways I’ve got more that I’m really excited about seeing than I had for Spring. Spring turned out really well so I’m sure Summer will also. This looks to be a good season with a solid variety of series. Will just cross my fingers that all the shows turn out well that I’m sure to like and that there are plenty of good surprises along the way. The fun part of a new season is seeing the shows that you have reason to be excited for and then being purely shocked by the shows you never saw coming. Let us hope there are few disappointments this season and that we’ll have a ton of quality to enjoy going forward.

The Spring Season will continue on in some form. I’ll still be covering Baby Steps and will be watching the shows that haven’t ended yet. But, it will be a new season and I’m looking forward to that. New shows, new surprises and hopefully a few new favorites.