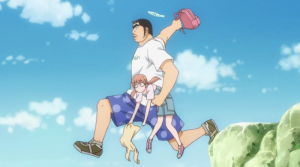 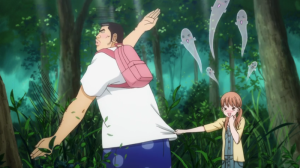 Aww, that was fun. See you guys next week!

Okay, no, not really, but OreMono really isn’t making my job easy with episodes like these. Don’t get me wrong: “My Mountain” was funny and adorable and I liked it a whole lot, but it pretty much speaks for itself. Takeo and Yamato fall off a cliff and get into shenanigans in the woods. Yamato is so turned on by the prospect of spending the night with her boyfriend that her soul tries to leave her body multiple times. Takeo wrestles a boar and nature crowns him a Disney Princess. Suna reads the entire Fifty Shades of Grey trilogy in one sitting. And Director Asaka gives us yet another episode full of cute faces and quirky animation all but begging to be giffed.

And that’s the thing about a sitcom: Not every episode is going to contain a watershed moment for its characters or story lines. Sometimes we’re just going to spend time with our cast, and learn a little bit more about them and their relationships, and hopefully have a good time doing it. So if you giggled this week, then OreMono can declare this Mission Accomplished.

The good news is this wasn’t pure filler, as it did shed some light on dim corners and brought back characters, themes, and potential conflicts that may need to be addressed soon. In terms of new information, we got to see Yamato’s gal pals for the first time since their less-than-complimentary introduction, and while they’re still not especially polite, they do redeem themselves somewhat by covering for the AWOL Yamato and being generally accepting and supportive of her “night out.”

That they all assume Yamato’s sleeping with Takeo continues the series’ refreshing trend of flipping gender expectations, allowing the girls (Yamato included) to be the ones with sex on their minds while the guys play the obliviously innocent shoujo hero(in)es. 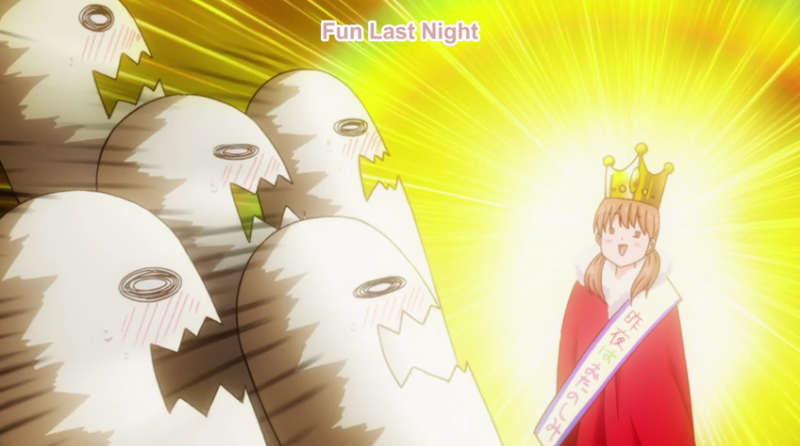 Fortunately, OreMono doesn’t only flip tropes, but even improves upon them. Where an episode like this might be full of implied threats of assault and worry about the guy being able to “control” himself (possibly my least favorite stereotype, and one that harms all genders), it’s never so much as mentioned this week, and I love OreMono for lettings its guys be guys instead of raging sexbots.  The closest we even get to unwanted affection is Yamato kissing the sleeping Takeo, but even then, it doesn’t play out the way it would normally.

It’s sadly common to find shoujo series where the guy steals a kiss from the unconscious lady (see: Mask, Tuxedo), and because it’s usually on the lips and happens before the two have confessed their feelings, it tends to come across more creepy than romantic. Here, though, we have two people who’ve been a couple for a while, and instead of going for the lips, Yamato just gives him a light peck on the cheek. It conveys genuine affection instead of aggression or sneakiness. I never thought this trope could be sweet, but as usual, OreMono finds a way to make it work. 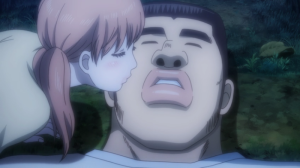 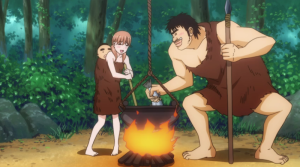 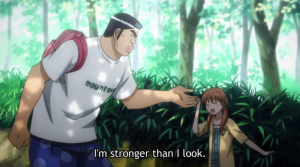 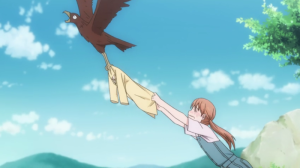 As for that potential conflict I mentioned: Takeo just can’t seem to let go of the idea that his girlfriend (and really, all girls) are weak, delicate flowers easily frightened and needing protection, no matter how many times Yamato tells him she’s “fine” and insists she’s “a lot stronger than she looks”—which she totally is, by the way, or did you miss the part where she fought a crow AND WON. (Have I mentioned that I love Yamato?)

Takeo comes by it honestly, as his dad does the same thing to his (100% capable rock star of a) mom. It’s a kind of chivalric conditioning, common in lots of perfectly nice people, and reminds me of the time I had to sit down a friend (who, like Takeo, hadn’t had a lot of female friends prior to that) and tell him to quit apologizing for using “foul language” in front of me. There’s no malice here, but it’s still demeaning, and you can hear a hint of irritation in Yamato’s voice when she finally says “You always ask if I’m all right, but I am.”

The difference in Yamato’s and Takeo’s concerns while they’re in the mountains—Takeo’s focused on “protecting” his “worried” girlfriend, while Yamato’s fantasizing about their sexy sleepover and caveman children—is a recurring point of contrast between these two, and I have to wonder if it isn’t going to come to a head at some point. The honeymoon phase can’t last forever, after all, and while this is by far one of the healthiest relationships I’ve seen in anime/manga, it’s by no means perfect. At some point Takeo’s going to have to start seeing her for who she is rather than who he’s been conditioned to expect her to be, otherwise these two may hit a wall moving forward. 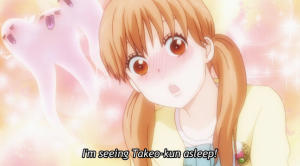 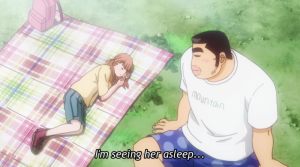 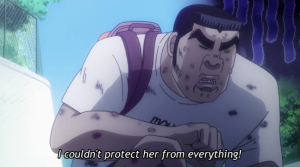 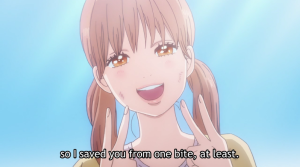 Which is kind of a downer note to end a post about a really fun episode, so let’s instead end by talking about how “My Mountain” makes a point of using parallels (see above) to highlight the similarities between Takeo and Yamato. They both enjoy frolicking through nature, are calm in the face of danger (to themselves if not others), quick to blame themselves for accidents, get all excited about seeing each other’s sleeping faces, struggle to vocalize their feelings (Yamato relies on texts; Takeo on physical actions), and are determined/overjoyed to “protect” the other from offending mosquito bites.

For all their physical differences, these two really are cut from the same cloth, which has led to communication issues in the past but is also a huge part of their chemistry and charm. Takeo hasn’t realized that yet, but once (if?) he does, I think their already great relationship will only grow stronger, and any storm clouds on the horizon will be fairly quick to dissipate. Conflict and drama may make my work as a blogger easier, but I like these kids too much to wish them too many difficulties. Here’s hoping they have many more silly, adorable adventures like this one. Just. You know. Not every single week.