I must admit that I am one of the absolute worst people in the world when it comes to guessing where a series’ story will be headed – lots of ideas but almost uniformly and consistently incorrect. More than that – totally missing the boat more often than not is more like it. Therefore when a series comes along where I find myself steadily and regularly guessing the plot correctly and several episodes in advance I experience something of a kind of eeriness. Grateful King possessing Strawberry Heart and being responsible for spearheading the resistance against Dagger even while imprisoned? Check. Criticrista being disposed of by Dagger when they lose to Plasmagica? Check. Chuchu almost being taken over by dark energy because of her ambition and jealousy of Cyan’s raw ability? Check. I … erm … I guess there is something about Show by Rock!! that just clicks and resonates with me on a natural level in some way? Maybe? Hmm … I wonder if I should be worried? I think I will just chalk it up to the nekomimi and move on to the episode proper! 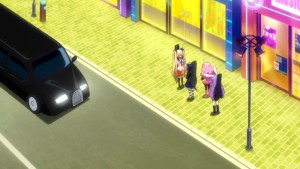 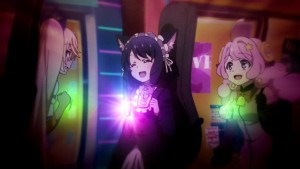 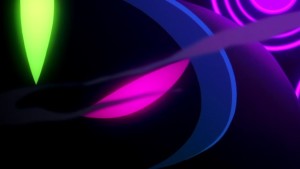 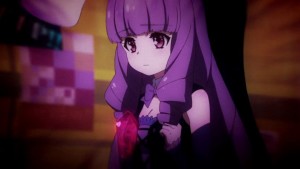 All silliness aside this episode was indeed dedicated primarily to Chuchu, and on how she was almost eaten alive by her incredibly strong ambitious streak. The story begins after the battle of the bands has taken place and (of course) Plasmagica has no idea what Dagger just did to all the members of Criticrista. The members of Plasmagica are all walking home together and Chuchu is thinking to herself and a series of ill-timed comments file past her one after the other, both from outside and from inside – Moa mentions how Cyan’s popularity has gone through the roof since she joined the band, Chuchu painfully admits how Rosie embraced and greeted Cyan and ignored Chuchu before the band battle began, Retoree mentions how Cyan’s popularity is growing like wildfire online, and even though Chuchu is very glad Plasmagica won the band battle something is still gnawing faintly away inside. In the midst of all this Chuchu is experiencing awkward, unknown painful feelings inside. 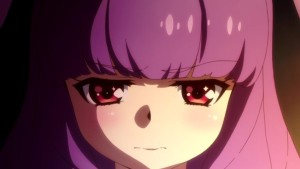 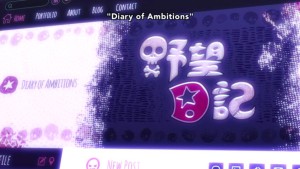 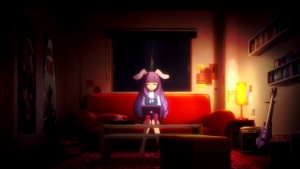 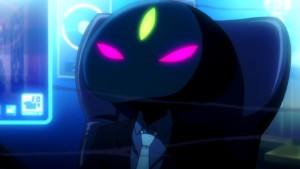 At exactly this time Dagger drives by in his stretch limo and glances at Cyan, noticing that her melodisian stone has grown considerably (it seems he has the ability to see the inner state of myumon’s melodisian stones at will) but then notices that Chuchu’s stone is filled with dark energy – more than that, he is also able to immediately identify the main inner disposition that is igniting the spread of the dark energy proper. Dagger, ever the opportunist and willing to use any potential tool that comes near to hand, decides to take advantage of Chuchu’s weakness to further his goals. Later that evening the scene switches to Chuchu’s apartment where she is reading an online article singing Cyan’s praises, and when we are once again given a glimpse into Chuchu’s “Dairy of Ambition” we immediately see that the awkward feelings that Chuchu is experiencing, of course, are jealousy intermixed with a ruthless ambition (though there were definitely warning signs about this in earlier episodes). Essentially, she wants to be the one standing in the limelight, the center of attention and fame – something she first got interested in when she saw her music idol Grateful King perform many years back and was in her estimation doing exactly that. 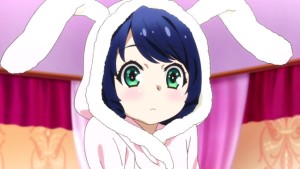 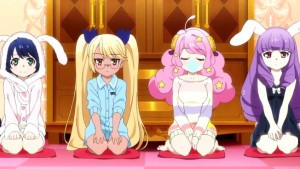 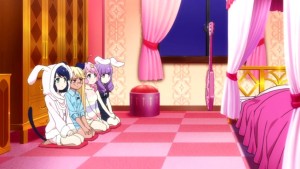 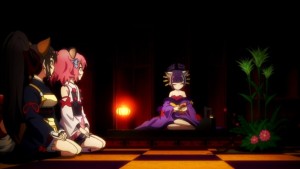 Right after this we are shown Strawberry Heart/Grateful King requesting that Cyan bring all the other members of Plasmagica together for another … erm … “war council”, I guess. He warns that Dagger will undoubtedly be planting dark monsters at the upcoming Grateful King festival (perhaps even the newly converted Criticrista members?) to attack the popular bands there and possibly even fill the melodisian stones of the audience with dark energy as well. He also reminds everyone that Dagger has been one of the founding organizers of this music festival from its very beginnings and has planned to use the festival to further his own plans from the very start – he wishes to gather the world’s top musicians to himself, and at the moment his targets are Shu Zo from Trichronika, Darudayu from Tsurezurenaru and … Cyan herself (something that simultaneously pains Chuchu to hear). Strawberry Heart suggests that Plasmagica use the opportunity of the festival to deliver the finishing blow to Dagger and his plans. 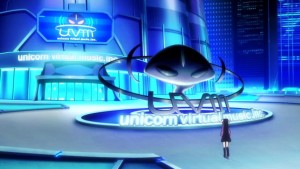 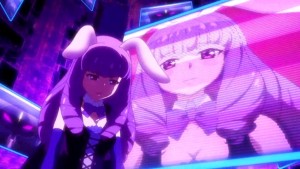 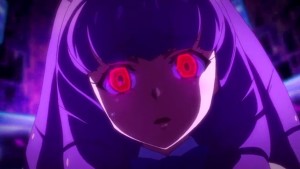 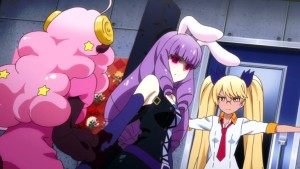 It is then that Dagger sets his plans in motion and sends an email to Chuchu inviting her to join Unicorn Virtual Music, praising her and saying that he felt she was shining the brightest at the recent concert. Chuchu takes the bait, unfortunately. While she is on her way to Dagger’s headquarters we see Darudayu musing aloud and agreeing to honor Angelica’s request for her to help BRR studio/Plasmagica/Cyan in their upcoming attempt to fight back at Dagger (and possibly to set Grateful King free?) at the festival. We learn that the song Grateful King is to write will apparently be the one Dagger will use at the festival to further his plans. Cyan arrives at Dagger’s headquarters and is totally and completely overwhelmed by Dagger’s magical power, resulting in her being brainwashed with the intent to be used as a tool against Cyan … presumably to make her fall into despair, and thus fill her heart with dark energy. And indeed … if Cyan (and Shu Zo and Darudayu) were all turned into dark monsters there would be no other musicians who could stand up against them and defeat them. To that degree it completely makes sense. We also learn here that it has indeed been Grateful King who has been the one possessing Strawberry Heart … but also that Dagger knew about it all the time and permitted it? Hmm … seems this confidence in his intellect and his power could be Dagger’s possibly undoing (pride cometh before a fall and all that). 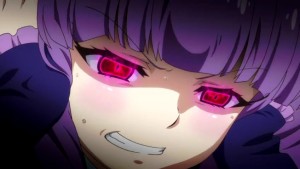 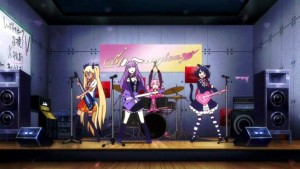 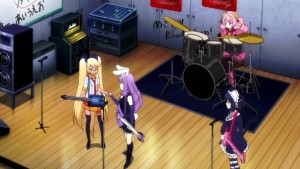 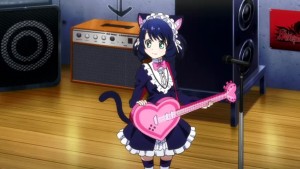 Fortunately Grateful King is able to re-possess Strawberry Heart (perhaps for the last time?) and is able to warn the other members of Plasmagica what was going on when Chuchu confronted them and announced her leaving the group. Cyan and the others stop her and re-fill her melodisian stone with good energy … and after a tear-filled admission of what she has actually been thinking, it results in an “alls well that ends well” ending .. for now. Or so it seems? I liked the fact that it was the music of all three of her band members that was finally able to cleanse her stone of dark energy instead of “just Cyan” – it lends some weight to all the members of Plasmagica being able to contribute to Dagger’s defeat in my eyes. At the end though we are given an ominous foreshadowing. Strawberry Heart is suddenly not speaking … and his last words were ones of exhaustion. It may be that Grateful King is no longer able to possess the guitar any more, which means that from here on out everyone will be partly on their own? Perhaps Darudayu’s arrival will help to fill the gap in that case? Yes indeed … the story is definitely picking up steam now and hurtling towards the final battle – only two more episodes left!