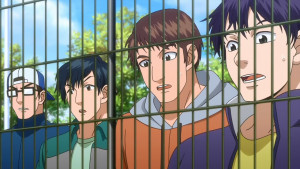 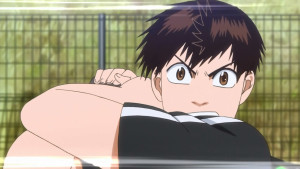 So begins the match with Maruo and Araya. This is going to be one intense rematch and should be fun to see how it turns out. So far it’s a much closer and tighter matchup than it was the previous time. Ei-chan can really keep up with Araya on a skill based level even if there is still that big physical gap between them. Araya is just a beast in terms of speed and power and no body transformation is going to completely erase that. But now Maruo’s eyes which are his strongest physical asset can make up the difference. He can get to the same balls that Araya can simply by seeing where they are going and reacting first.

As always I really like how Baby Steps is pretty accurate and believable. Araya being left-handed is actually a massive issue and advantage for him. Out of the top 10 male players on the planet only one of them is left-handed. The idea that Maruo would have almost no experience playing against one is pretty believable. If you’ve played for years you may have that kind of understanding, but not for a couple years at most. Maruo has shown that it’s a pretty devastating advantage especially if you are new. It changes a lot of things when the person is attacking and you have to take that into consideration. The issue for Maruo right now is that he lacks experience playing against left-handed players and that’s not something he can just logic together. He has to adapt during this match and figure it out as he goes. 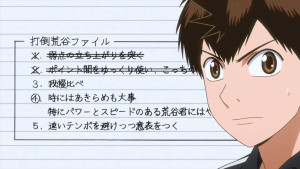 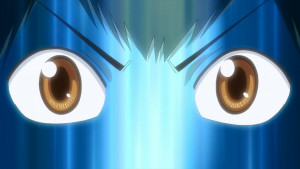 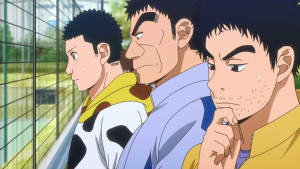 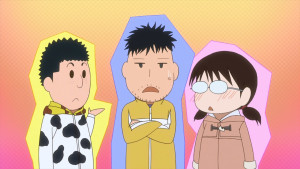 This was just a really enjoyable match from my point of view. You could see early on how close it was. Maruo’s serves are a huge weapon right now and they did a lot of good for him. Araya is just a really strong physical player. It does give him a lot of advantages and is something you have to react to and be wary of. The early parts were great since this is a huge test for Ei-chan. He has to be able to beat someone on Araya’s level to win the All Japan Junior and he’s competing. He lost the first game, but it’s not over yet. He can still bounce back in this one if he can take the second.

It was good as well for both Araya and the coach to note how far Maruo has come. He’s now at that level with Araya and company. His eyes and his style are more than competitive. The key is just making the most of his weapons. It was fun watching them hint that something weird was going on here until finally they hit the main point. Maruo is all about data and he doesn’t have enough about playing against left-handed players. That’s a weakness you can easily forget about. His growth has been fantastic, but it shows there are still holes in his game. 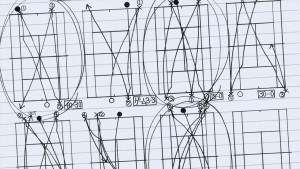 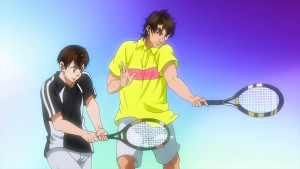 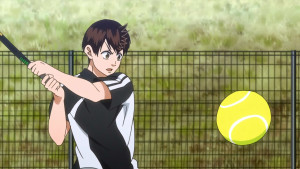 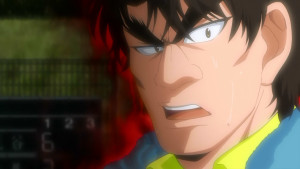 Araya is still just a monster out there. The guy has speed, power, and a strong counter. It’d be tough for Maruo to match up against him even at his best. Plus he really does have a unique personality in all of this. Someone who makes a big fuss and uses his own loud voice to energize himself. It’s a powerful weapon though I could see some people not enjoying watching his games with how loud he can be. Araya knows he has an advantage right now and he’s going to press it, that will be the tough thing for Ei-chan to deal with.

The question is whether Maruo can overcome this. Araya is a tough competitor and they are pretty close in general in terms of skill. Maruo trying to figure out how to deal with him might take too long. There is still time, but it will be a tough match in a lot of ways to win. He doesn’t have to win this, but it’s pretty key if he doesn’t want to risk a horrible seed matchup before the second round in the next tournament. It was also just interesting for Maruo to slip a bit mentally. He didn’t consider right away that trusting his instincts is pointless when his instincts don’t have any experience. His increased worry about his backhand just helped him lose the first part of this. But, such is how it goes. There isn’t always steady progress even when a character would most definitely appreciate it. 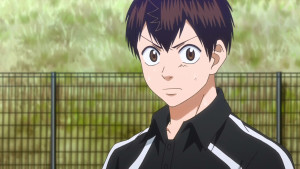 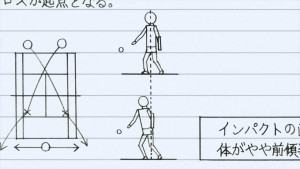 There wasn’t really any notable differences this week. It was all about the match and they did a good job with that. I can’t wait for the conclusion of this match and how Maruo will try to bounce back. There will always be difficulties and opponents will always have weapons. The question is whether Ei-chan can rise above those and still win. We will just have to wait and see.
Score: A