You Should Be Watching – Hello! Kiniro Mosaic

Happily following the pace set by several seasons for Kirara manga variant adaptations this season we have been treated to the second season of Kiniro Mosaic, titled “Hello! Kiniro Mosaic” and known by the shorthand of “KinMosa2”. In Winter 2014-5 we had Koufuku Graffiti, in Summer 2014 we had Hanayamata, in Spring 2014 we had Gochuumon wa Usagi Desu ka (which has a second season in the works as well) – the past year has indeed been filled with excellent adaptations from the manga source one after another, and from differing studios too. For those of us who enjoy this kind of material (of whom I am definitely one) it has been a sort of “Kirara renaissance” in ways. In recent years we have also had Acchi Kocchi, Yuyushiki, Sakura Trick, and continued Hidamari Sketch seasons (and hopefully more to come), as well as other offerings and some excellent serializations in the magazine Kirara variants as well. 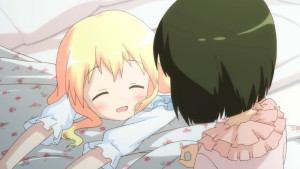 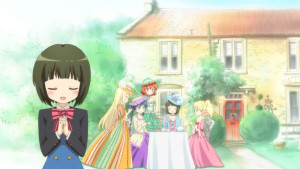 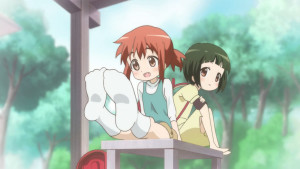 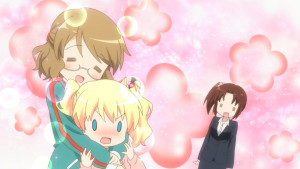 The story line/premise is pretty straightforward: it begins with Oomiya Shinobu, a 15-year-old, seemingly pure Japanese girl who actually did a homestay in Great Britain when she was younger. Even after coming back to Japan, she still misses her time overseas, and especially the friend she made there – a young extraordinarily blond and diminutive girl her age named Alice. One day, an airmail letter arrives from Alice which reads: Shinobu, I’m coming to Japan! Upon arriving Alice is introduced to Shinobu’s other friends: the boyish, simple hearted, fun loving and straightforward Youko and her close friend Aya, who is skilled in many areas, highly competent, orderly, collected, shy and very gentle. Out of the blue another blond Brit arrives and joins the group named Karen, who is a childhood friend of Alice in Britain, who is a walking embodiment of the Japanese phrase “genki”. These five carry on and go through their daily lives at home and at school (they all go to the same one), and we meet various other characters as time goes on. 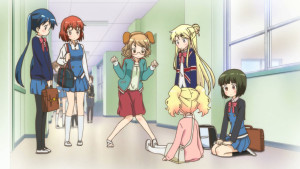 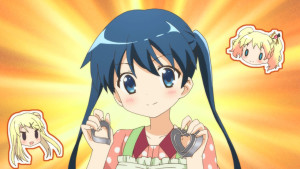 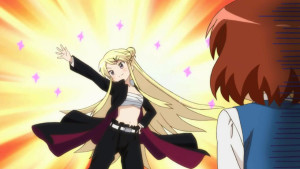 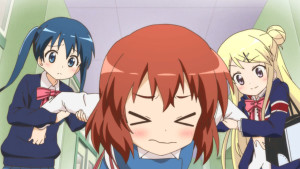 As one might guess the series is a warm-hearted, slice-of-life straight up comedy, and since the source material is a 4-koma manga there are lots and lots of mini-skits every episode. It really is hard to say much about the series itself – the characters are all interesting, are extremely endearing, extremely funny (the comedic timing and material is really executed excellently in the adaptation), the VA work is really first rate, I feel, and the soundtrack for the series as a whole, including the OP and ED, really are a light hearted, wonderful, consistent whole. Of course such light hearted material is not for everyone, but for many it consistently is able to put a smile on their face every … single … episode. In this sense it is “classic Kirara”. 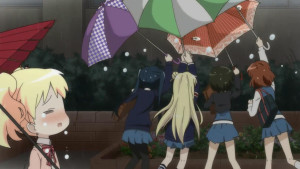 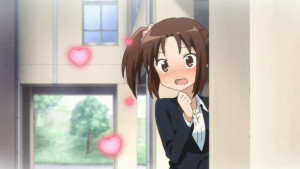 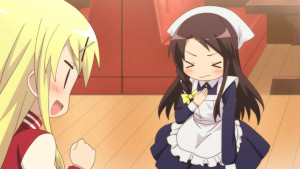 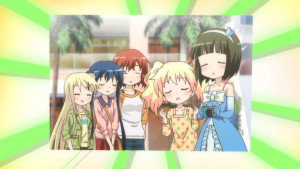 Thus far (we are now a little over half way through the series) the second season takes place during the second year of high school (season one took place in everyone’s first year) and has mostly focused on introducing a fair number of new characters (as if the original “collection” were not capable of excellent comedy already!), including a new teacher named Kuzehashi, the younger brother and sister of Youko who are in elementary school, and Honoko – a fellow classmate who is also a bit of an airhead and adores blond hair like Shinobu does and is, although in Honoka’s case her immediate blond haired “target” is Karen, while Shinobu’s is Alice … incidentally together Honoka and Shinobu decide to form the “Blond Alliance” in episode 6, something which had me in stitches! Curiously, this season has seemed to focus a little more on Karen thus far, and that is fine. In season one she was a teensy bit in the background compared to the others in terms of screen time. This season not only Honoka, but also Kuzehashi-sensei seem to be interacting with Karen more than the other main characters of the group. 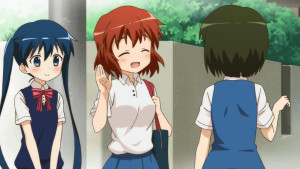 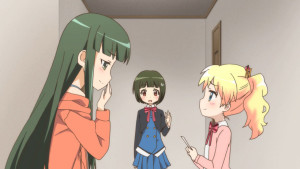 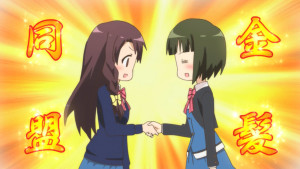 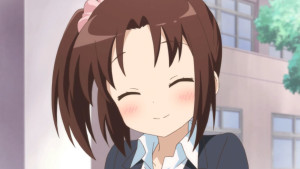 One of the most difficult things about this series is that it is very much a “what you see is what you get” – there are no involved plots, convoluted “dramafests”, deep uses of symbolism or such like. Perhaps the most interesting aspect of it (which was stronger in season one, and even that earlier on) is the contrast between close friends from two different cultures adoring everything about the other person’s culture and the insights that come therefrom: Alice is a total Japanophile and Shinobu adores everything that is “foreign”, particularly European and especially British. Alice’s love of all things Japanese was much stronger in season one – this season Shinobu’s interests are in focus, including a brief foray into why she is so interested in European things in the first place. Shinobu, the main character of the story, is rather a … mysterious and opaque personality in many ways, who gets upset very rarely, but when she does it is at the oddest things – usually this takes place at the hands of her older sister Isami (who totally has Shinobu’s number, but also thinks she is one of the most wonderful things on the planet).

All in all this is a series that is intended to make you smile and breathe a bit easier, and it succeeds marvellously. One would be hard pressed to find other series better suited for this; it stays very true to itself, and for those who enjoy such things it is definitely a joy to follow.