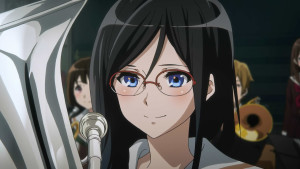 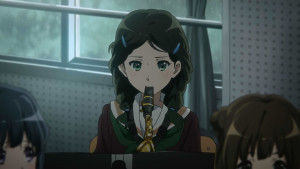 This was another interesting episode. It had some hints of the upcoming trumpet issues that were expected, but it actually focused way more on Aoi and Haruka. It was a good chance to focus on the 3rd years a bit and see the kind of drama that exists amongst this group. A group that was stuck in an awkward position between the first years and the third years who were in conflict. They built up the potential of a conflict with Haruka and Asuka in the earlier episodes and the emotional blast from Haruka was pretty interesting.

I’d have to admit that Haruka didn’t leave that strong of an impression in the first few episodes, which maybe works with what this episode tried to do. Having Aoi quit and leave the band hit her extremely hard and really felt like a complete failure to her. While things are moving along pretty well for the band right now….that feeling really just forced her to blow up a bit, even putting Kumiko into a tough position in trying to name why she is the best choice to be the band president. 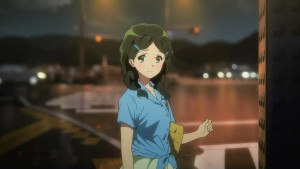 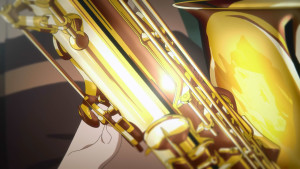 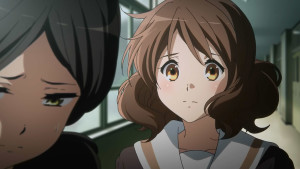 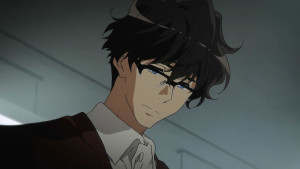 This seemed to be the first time that Taki seemed thrown off and unhappy about events going on in the show. Really seeing that form from Aoi about quitting the club seemed to hit the guy. Maybe it’s a bit of guilt about potentially pushing someone to quit because he’s pushing them hard or just sad at seeing someone give up. It may lead to some interesting character focus on him since he’s still a bit of a mystery right now. I don’t disagree with his methods to this point though. He’s pushing everyone to take things more seriously and it is working. Maybe it won’t make him the most popular person on the planet, but almost everyone is getting better and gaining something from this. Just that…it won’t be without consequence.

Of course the biggest drama came from Aoi leaving the band. It was pretty clear that she was going to be the source of something like this. Either not making the cut after auditions and pulling back or…quitting. It’s clear the effects of that blow up last year has still left its mark. Aoi having been one of the ones that tried to work with both sides but it not working. She probably does on a certain level need to work on her grades and focus on school a bit, but also she’s just not willing to throw herself into this. Not quite able or ready to devote herself as fully to the band as she’d need to in order to be at her best. Aoi hardly seems relaxed or happy about having quit, but more like she’s just accepted her fate. Curious if she’ll come back into the picture or just fall out of it. 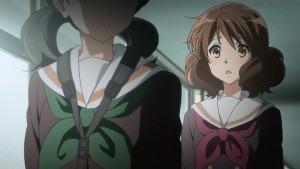 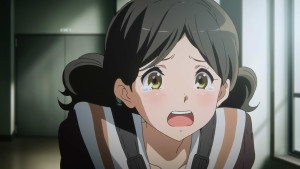 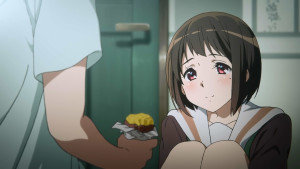 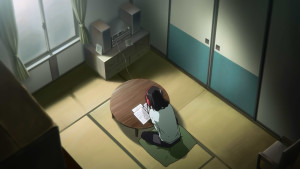 Asuka was another key part of all this and it was interesting to get a bit more in-depth on her stance. She didn’t seem all that thrilled at having to lead the band while Haruka was out “sick”. She did a good job and kept things moving, but she didn’t seem to enjoy it. Pretty mechanical in dealing with Kumiko and everyone else. I think Kaori gave a good view about her in talking about how devoted to music she is. She has good energy and can lead, but she’d rather just devote herself fully to playing. You could just see it with that brief glimpse at her when Kumiko was talking. Sitting by herself, reading the sheet music, making notes, and probably also listening to the music with her headphones at the same time. Kaori might also be correct that Asuka just rationally looked at the situation with the band and said “nope, not for me.”

This was a key episode for Haruka though. She was simply the quiet band president up to this point, but here she got to shine and stand out. The band just didn’t have the same punch to it without her, although that might have been because Aoi had just quit so everyone was ultra-sensitive about someone being missing. It did get a laugh from me with Haruka taking from Kaori’s speech that she was stupid to be taking over the band XD. Good on Kaori to say that the band probably wouldn’t be here if she hadn’t been willing to take up the reigns.

It was also interesting how she really blew up with Kumiko. It is kind of bad to only be able to talk about how kind someone is to be sure XD. But Kumiko is a first year and barely interacts with Haruka. They are in different sections, years, etc. Kumiko knows more about Asuka simply because they interact a lot more. The only real connections between Kumiko and Haruka are the band as a whole and having Aoi as a friend. A nice moment as well when Asuka through out a common sense statement that Haruka might never have considered. She didn’t have to accept the job. Haruka could have turned it down just like Asuka did. Maybe you can say her personality was to soft to take that step, but you can see that she’s done her best to keep things moving and keep this band together. Still, it was clear that Haruka surprised Asuka by blowing up and saying everything she did. 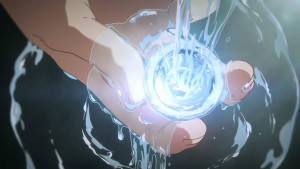 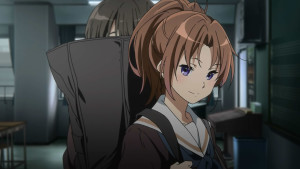 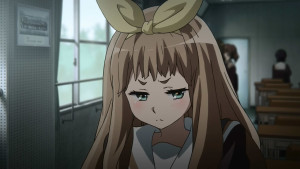 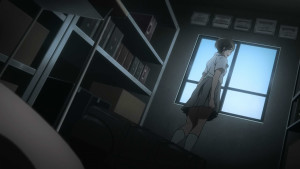 It was a rough episode for Kumiko though. Aoi quitting really shocked the heck out of her and left her a mess for the following day. It was the first time we’d seen her make so many errors in performing and just having her focus drift instead of staying on top of it. Even Midori was telling her that she had to play like she meant it. Nice to see Natsuki be pretty understanding about it. Her character has really come to life as of late. Even taking her instrument home and working a lot harder. That at least was a positive impression left on Kumiko. The mystery about Kumiko and that flashback continues to be developed. Now it being left at the point of her being unwilling to accept Kumiko. Though for what reason I’m not sure. It was triggered by the discussion about how they’d react to being first years in that situation and also Midori talking about loving music. Could it be an issue about Kumiko being a bit hesitant about expressing her feelings about music? Whatever it was did seem to shock Kumiko a bit.

Natsuki as well helped bring a lot of context to how the arguments between the two sides unfolded last year. Plus the episode gave her more depth showing that unfriendly relationship with her and the Kaori fangirl in the trumpet section. Man…that situation seems uglier than I ever imagined. It getting to the point where they actually tuned out and ignored the first years who wanted to be more serious? You can’t have a band in that kind of condition. People actively ignoring the voices of those around them and pretending they don’t exist. The amount of pressure felt by the moderates to do what the third years wanted must have been pretty heavy. No wonder the impact that this had on everyone was pretty heavy. If those people were still in the band who knows how things would be now. Kind of funny how it comes back to Asuka as well. The girl being very focused on the music and staying neutral in terms of disputes. 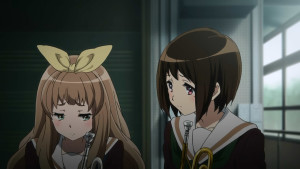 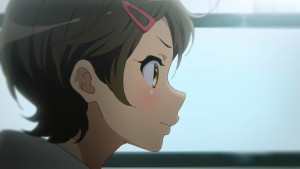 So yeah, another pretty strong episode I think. Even had a bit of a bomb with Hazuki making a push and asking Kumiko about her relationship with Shuuichi. Props to her for determining the situation before doing anything crazy. I can’t wait to see how Kumiko reacts to this after her initial confusion. Just little things continuing to build up. Curious to see how everything will turn out if Reina gets the solo part. I don’t think Kaori would be that angry (maybe disappointed in herself, but that’s it), but the other trumpets might flip out a bit more. It’s clear that Reina isn’t quite building up tight friendships with her fellow trumpets yet. Either way this episode was good and I’m sure the next will be as well.
Score: A