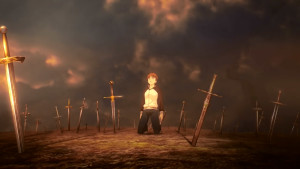 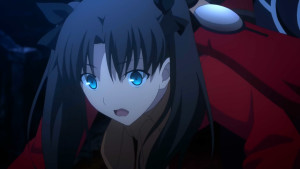 There really are times when I wonder if you can call Fate/Stay Night an action series XD. Certainly there is action in there, but sometimes it really does only come in very small bursts. In some ways this episode left me with “wait…that’s it?” I mean the most low of low moves was having Shirou get into that groove of cutting down the swords with mirror images as he saw them, and then…..done. Just cut to him waking up and Rin already captured.

Seriously…how the heck did that happen? Forget the “show and not tell” discussion from last week, this was not showing and not telling. Shirou is just unconscious and Rin is captured. What the heck is Saber doing during all this? Knitting a sweater? She’s at peak power and Archer is running low on gas. There is no rational basis for him to be able to get around her that easily. You are left assuming that Archer sent an attack at Shirou and Saber guarded him while Rin got captured, but who knows. It’s not like this series has been locked into Shirou’s point of view. We got the full fight with Lancer and Archer last week so that’s no excuse. Really this is again Saber’s fault because she just let Archer use his Unlimited Blade Works without interfering. 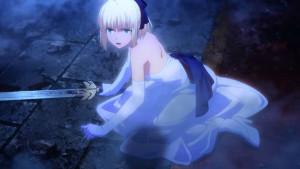 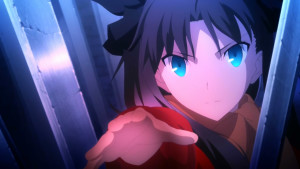 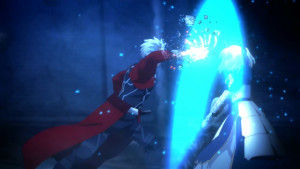 Outside of the frustration that came from that cut out battle, the rest of the episode was good. It was a smart move by Rin to set up that contract with Saber. While evidence is still iffy about it, this should leave Saber at her most powerful state. Far stronger compared to where she was at the start of the episode or when she was contracted to Shirou. Rin just has greater reserves to work from. Sadly that still wasn’t enough for her to prevent her new master getting captured, but it should be useful for the battles ahead.

It was pretty badass to see Saber just stomp Archer immediately after that contract. It just shows the pure difference in direct fighting strength. Similar to how Lancer overwhelmed him at close range, Saber was all that and more. I do wish we’d gotten to see a bit more of her fighting and hope that they’ll find somewhere to use her increased ability. But sadly it seems like one of the most powerful fighting forces they have is going to be sidelined because Shirou wants to go 1v1 against Archer. Perhaps he can handle it because Archer is running on limited energy, but it’s still pretty crazy. 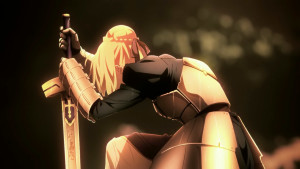 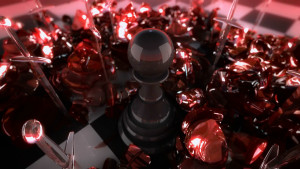 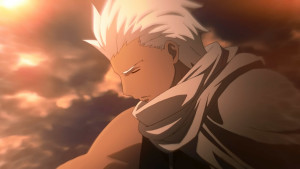 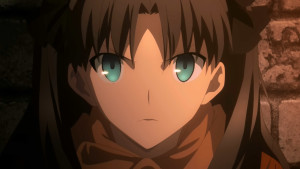 The conflict between Saber and Archer is interesting on certain levels. Both of them could be argued to be chasing mistaken goals. It’s true that everything wasn’t pristine and clean in Saber’s past. But at the same time she left a lasting legacy on the world and her country does still exist. It may be better for her to just let it go. Accept that she did everything in her power and didn’t hold anything back.

Archer of course is doing nothing but chasing a mistaken goal. At this point they’ve done nothing but admit that Shirou is Archer so I’m just going to work off that and avoid beating around the bush. Archer killing his past self is just insane. I can’t imagine it would actually change anything. Maybe it could cause some temporal mess, but if this universe is working off the alternate universe idea then it really is pointless. All he does is prevent one version of himself from becoming who he is. Something that doesn’t necessarily require him to actually kill Shirou. Just beat into his brain the result of the path that he’s currently walking on.

Rin’s continued connection just makes clear how things turned out for Archer and it is a tragedy to be sure. Giving up any peace in death so that he could become a heroic spirit and save people. But the world itself betrayed that desire and only threw him into situations where he could wipe out a mess before it got worse. Never just sending him to a situation where he could fight and protect people. Not hard to see how he could just become insanely bitter and angry. Still, trying to murder himself just seems like a tantrum. It probably won’t change anything and he’ll still have to continue on this path. 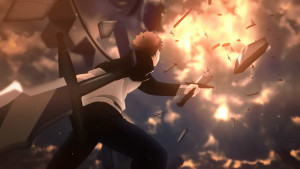 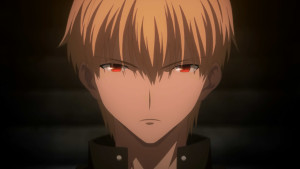 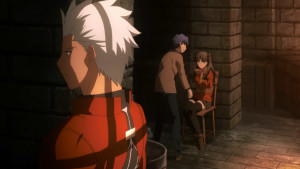 The Unlimited Blade Works world was visually impressive as was the lead up into it. What a dark world that represents Archer. This empty wasteland full of swords and nothing else. Though you can see how he is at his most powerful in there. Able to just summon all those blades and launch them like missiles, similar to Gilgamesh in a lot of ways. Even the claim that he could copy Saber’s sword and fight back with it. Though the end result would likely be total annihilation on all sides.

Archer sure knows how to act full of it though. Actually making that kind of threat to Gilgamesh of all people. Someone who probably could kill him pretty easily considering the situation. Archer has used a lot of mana and doesn’t have reserves. He has to take a hostage because he literally can’t fight Saber right now. On the other hand I’m disappointed at his nonsense about giving up Rin to Shinji and Gilgamesh. Even if his goal is to kill Shirou does that mean everything is expendable to him right now? If he really is Shirou than regardless of what has happened to him could he really just casually give her up to who knows what kind of ugly fate? 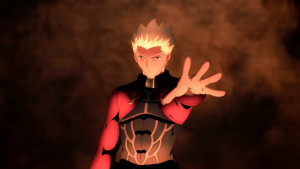 In the end it’s an interesting mix of an episode. It is cool that Lancer will go and help rescue Rin. It’s also good to get a greater understanding as to why Archer is doing all this. But it’s evened out by the fact that despite all the build up for Unlimited Blade Works….we didn’t actually see it do much of anything! We had a very brief scene of Shirou fighting and….that’s it. Not sure how I feel as a whole. It had some very good moments and sets up the next conflict nicely. I’m just crossing my fingers that the next big fight actually get some real focus and time spent on it. This was a solid episode, but I do hope they don’t pull another stunt of cutting away from the actual action and just going to the end result.
Score: A-