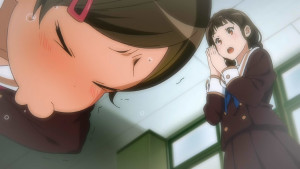 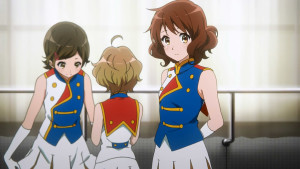 Another strong episode for this series. This show doesn’t rush itself, but rather paces things out nicely. We got an interesting mix with some comedy in the early portion before moving onto marching band performances and the actual main event for the episode. Again the show just spreads out these little character moments so you can more fully understand some of the more side characters in the band, while still having enough time to focus on the main group some more.

I was surprised when we got to the marching band business since I was fully expecting this to mostly just be about the concert performance. I was never much of a person for participating in marching bands. It’s a lot of hard work and you have to do a lot of memorization. They have to know exactly how to march for their performance and they have to remember the whole song. I’m not that great at memorization. Can certainly march, but then I won’t actually be doing much playing at all. Marching bands look cool to be sure, but being in them is something else. At least now it makes sense why they had that practice where they ran extremely hard and then played their instruments. They have to build up a certain level of physical stamina. 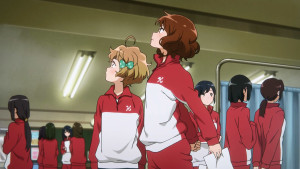 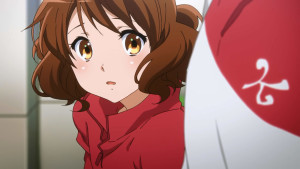 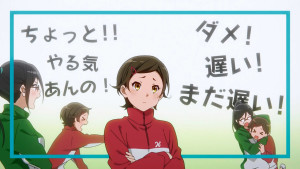 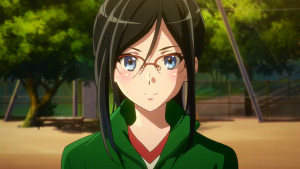 So yeah, Kumiko has her physical growth concerns XD. That seemed a bit random, but I guess it just adds another quirk to her character that she’s particularly worried about that. It did give a chance for Hazuki to show her growth and development in an interesting way. She’s still not quite good enough to perform with everyone, but she’s getting stronger. Did a pretty good job heaving around that tuba for the loading and also her lung capacity is much better. It’s just not that easy for a new person to pick up an instrument and I’m glad they aren’t rushing her into the performances.

Again the marching practice was good and it showed the amount of work they have to put in. Was a bit funny seeing Hazuki try to figure out the mystery steps for the marching band. But the marching section had so much more going on than simply marching practice. It did focus on the interesting band dynamics at work. Like how Asuka really is the one you’d expect to be the band president and leader, but rather she had to get her arm twisted just to be the vice-president. A fair point that the actual president really doesn’t fit the image. I can understand that since in highschool we didn’t really pick the leadership types for that role, but rather it was more a person who just wouldn’t say no to being picked. I do wonder why she’s so unwilling to take up the job despite the fact that she’s running the marching section and does have those leadership qualities.

Aoi is also a curious character. She is helpful at times giving the sunblock to Kumiko and noting how weird it is to have them be that formal with each other. But then she’s the first to leave when the chance is there. I kind of wonder if she has given up on the idea of doing all she can in the band. Like the past 2 years were so hard on her and frustrating with a group that didn’t care that she’s just unable to get fired up. Plus the relationship with her and Kumiko feels a bit awkward because of this “senpai” business. I get the cultural aspect of it, but it does feel like they aren’t as close because of it. 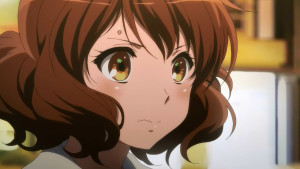 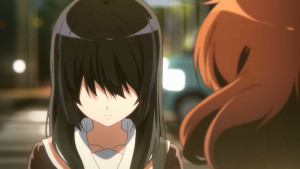 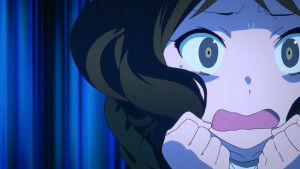 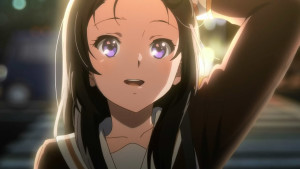 And again continues the interesting dynamic between Reina and Kumiko. I honestly agree with the sentiment that Reina’s reaction and smile was very mysterious. I don’t know 100% what to make of it. Was she happy that Kumiko is still the girl she knew from middle school? Or is she hiding being upset? Because she did seem really happy that Kumiko said what she said last episode about being motivated by Reina’s music. I really don’t know to be honest. The only thing I do know is….wow the budget was spent on that smile, but Reina did stand out as looking amazing during it.

I just find the awkwardness with Kumiko and Reina fun to watch. I think both want to be friends, but are struggling to be open with each other. Kumiko looking embarrassed when she was spotted relaxing in a silly manner on the train and struggling to find a good conversation. With Reina opening the doors on topics that Kumiko wanted to avoid because she was worried about (for good reason) saying something stupid about it. I do wonder if Reina just really respects Taki or if she does actually have a crush on him. I wouldn’t be surprised, he is very good at what he does and I think that kind of effort and belief is something that would get Reina’s attention.

What I did like was that yet again Reina stands out, but it has a good result to it. She as much as anyone could see her band getting shaken up and intimidated by the band going ahead of them. I like how she just played a quick thing to get them distracted from that and maybe have a bit of fun before their turn. I could easily see Reina going forward becoming the band leader. She just knows how to take action to get people moving and not being stuck in place. Plus she is just so good that she demands your attention. There was that mystery about Reina turning down that bigger school to go here. I’m not sure if that is because of Taki or if there is another reason. It does add to the mystery about why she’d go to a school like this. 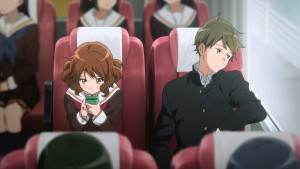 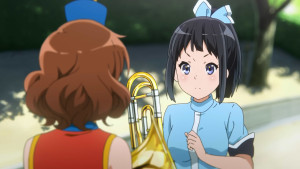 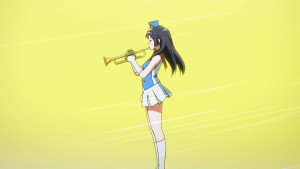 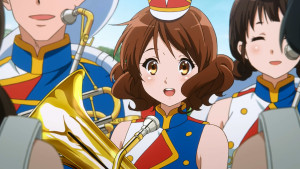 And so came the performance XD. One small note was that again they stick together Kumiko and Shuuichi again. Certainly it seems like the guy has feelings, but he’s getting shut down with how Kumiko is still pissed about his comment back in middle school. Not sure if anything is ever going to develop there, but it’ll be fun to keep an eye on. Entirely possible he ends up with someone else entirely, did have that quick little moment with Hazuki that might mean nothing.

Another interesting character moment was with Kumiko and a girl she knew from middle school in another band. We finally start to get to the core of why she came to this school and how she feels about it. After what happened in middle school I think Kumiko lost heart about playing music. In her own words she wanted a fresh start and this was as far from a school with a good band as could be. She wanted to get away from the people she knew in middle school and just start over. And she did that. Almost all her friends here are people she just met and she is happy about what she is doing. She’s motivated and having fun and that’s all good.

In the end the performance was also good. The group gathered their nerves and they had fun with it. With the help of Reina and that last little speech from Taki they were ready to show what they could do. Normally I’d say all the reactions were over the top, but it makes sense. That school isn’t good as we heard from episode 1. Having them play at a pretty good level does stand out just from people who have heard them before. Suddenly it’s “wow when did these guys get so good?” They aren’t likely at the level of those higher tier bands yet, but the surprise gap is enough to get them attention right now. 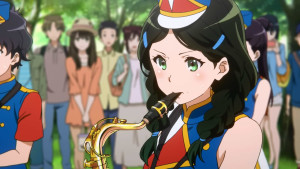 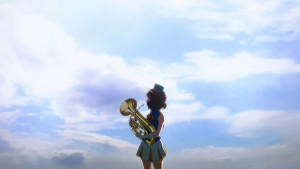 So yeah, once again this series continues to impress me and delivers a great episode. There was so much going on with the cast and the story forward. I really liked how things built up towards the performance and they did a great job. This is just continuing to build momentum for this band, showing the people there that they can do great when they actually put in the effort. They’ve gotten by for so long by being lazy and not getting 100%. I agree with Kumiko that when people start to see what they can do when they try, then people will start to actually try. I want to see how far they can get and what trials are still ahead for this group. I’m curious about a lot of things and hope to see more of the slowly building friendship with Reina and Kumiko.
Score: A