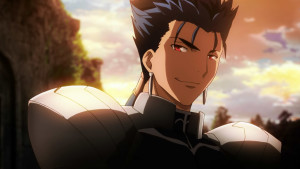 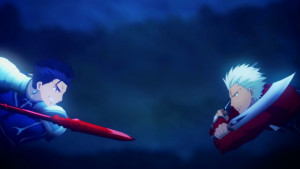 For a guy that goes around stabbing people in the heart, Lancer is quite the easy guy to get along with. This episode was mostly aftermath and setting up the fights ahead. One would think with all the Caster backstory already done we won’t have a repeat of the Berserker fight where half the episode is history about a character about to die. Unless of course Lancer goes down and in that case we’ll probably spend the episode talking about what a good guy he was in life XD.

This was a comfortable episode to come back down to reality and return to the character focus. I think both Rin and Shirou acted fairly well throughout the episode and made a lot of sense. Rin made a lot of good points in the episode and I can’t entirely disagree with Shirou. For someone with his backstory his thinking does make sense and yet you can see the broken side of his personality. It’s somewhat tragic because he’ll never really know the truth when it comes to Illya, much less how much he should probably be grieving here. Kiritsugu’s child is gone and he couldn’t do much other than luckily escape with his life. 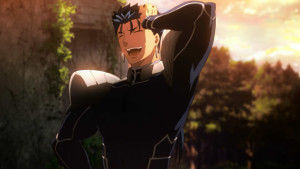 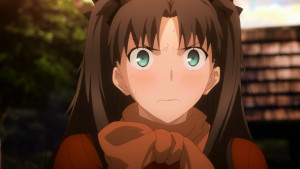 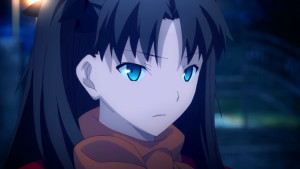 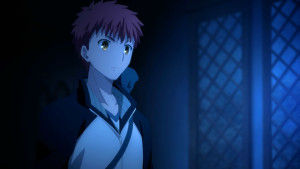 But yeah, Lancer really had a good episode and made himself quite the useful ally. The guy will do what he has to and get the job done, but he also has his standards. Betrayal clearly is not something he takes lightly or forgives. The guy sticks with the people he is allied with and probably doesn’t dislike many people more than Archer in this war. Especially since even he acknowledges the brightness and quality of Rin. Betraying ones master is pretty tough for him to accept and to see it done to someone that dazzling is all the more striking. I’m hoping the fight between him and Archer will be something amazing to see in action.

The other fun aspect was him interacting with Shirou and Rin on setting up their alliance. I can respect him seeing them as really the only good option he had for a partnership. It’d be easier to win with Gilgamesh, but he’s not exactly someone you can feel comfortable trusting. He can at least trust the morality of Shirou and Rin. Plus Rin is the kind of person he could get along with as his Master if the situation was different. A good head on her shoulders, bold, and competent.

The best part was when Shirou basically told him to keep his hands off Rin XD. He did outright confess a few episodes ago so no reason to hold back his feelings on that kind of subject. All the things he could have asked for, he simply told him not to get too close to Rin XD. That was just epic for all the reactions. Lancer completely loved that bit, certainly the most important thing in that situation is making sure this guy keeps his distance from the girl he likes XD. Rin’s responses were pure gold. Completely frazzled, embarrassed and flipping out. She still hasn’t really come to openly express her own feelings so this kind of subject was probably a bit tough for her to handle. 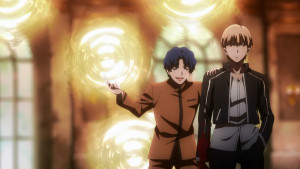 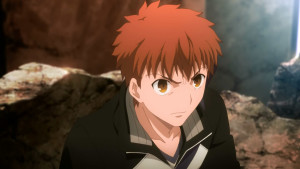 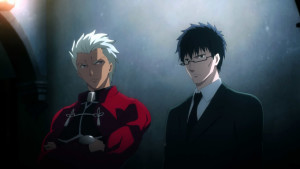 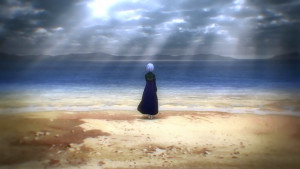 Archer and Caster’s master made for an interesting pair to match up for a discussion. Again they are putting in time to give Caster some fleshing out which hopefully means they don’t need to go into flashback mode next episode. We can understand her morals, her desire to go back home, and the kind of person she is at the core. But at the same times she’s someone they have to defeat. First her and then they can worry about crushing Gilgamesh into paste.

On that note with Shinji being a blabber mouth we can now talk about wanting to see the golden boy get annihilated. The problem is pulling that off. He’s one of the OP guys out there. He himself isn’t unstoppable, but his armory is insane. Just about if not all weapons that were the sources for future noble phantasms. The most ancient of heroes, a mix of god and human. In terms of firepower he is literally unmatched and can pull out any weapon needed for a situation. Sadly the only weak point to be found is his personality. He knows how powerful he is and that leaves him arrogant. But, hard for arrogance to kill you as shown in the fight against Berserker. 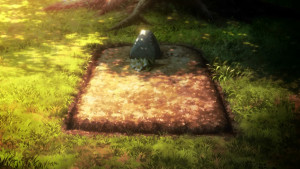 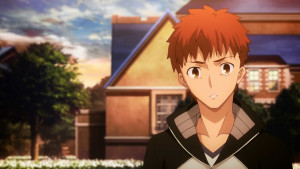 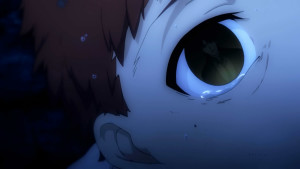 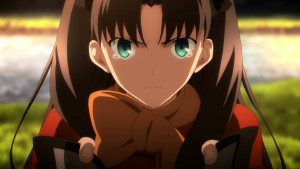 The discussion between Shirou and Rin was also pretty meaningful. She makes a great point that part of him really is broken. He puts the lives of others far above his own. There’s all kinds of reasons for it. Nearly dying in that fire, the expression of joy for Kiritsugu at having found someone alive in that massacre, Shirou himself having been forced to ignore other people needing help because he couldn’t do anything for them at the time, etc. There is that survivor’s guilt in there that because he survived he has to do something. Something has to be done this time now that he has more power and ability to take action.

Of course Rin has her own reasons for thinking this. She doesn’t want Shirou to die. That’s her own case of doing things for her own sake. I agree in general with her thinking that you need to be selfish to a degree. But I can also understand Shirou. He sees Rin as something more complete and brighter than himself. He doesn’t think her thinking is wrong, but wanting to live for others in his view can’t really be wrong either. People can be altruistic and and the desire to help others shouldn’t be wrong. 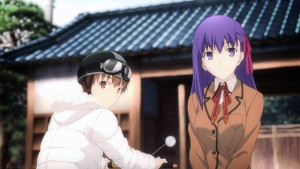 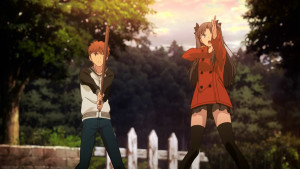 This was quite a good episode I thought. UBW in the second half has done a great job handling itself when it comes to this kind of thing. The fights coming up look good. Can see what Archer is going to do, Shirou getting into the action, Rin against Caster, and maybe even Saber since we don’t know what state she is in right now. Anything could happen and next week may be the most impactful of the second half of UBW so far.
Score: A-